Over the past couple years, we’ve taken a look back on practically all of the content that was published on PVC in a given year, but that sort of overview can be just as difficult to read as it is to compile. With well over 1,000 items published on PVC in 2016, trying to capture a similar look at all the articles, news and webinars that took place this year is practically impossible.

Instead of even attempting to do so, the list of ten articles below showcases a handful of the most popular and noteworthy articles that were published on PVC in 2016. This is just a fraction of the great content the site contains though, and anyone looking for more can look search individual author’s archives, by topics like production and post or simply by looking through the full archive of the site. 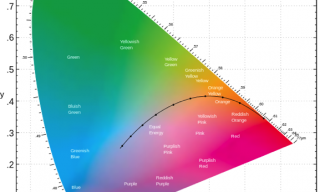 Developing An Awareness of Color

Few cinematographers have an understanding of the creative and technical nuance of their craft like Art Adams does. His ability to explain and explore details that concern the things he’s doing and seeing in his work on-set make his articles required reading for production professionals no matter their level of experience. His recent exploration around color explained why it shouldn’t be taken for granted, and why professionals need to be able to learn to see color before they can really use it.

“This article started out as an analysis of how different cameras see color, but evolved into something more. First I’m going to talk about color perception and the basics of learning how to see it. Then we’ll touch on how cameras create color at a very basic level, and why it’s amazing that cameras work at all. Lastly, I’ll talk about what color characteristics I’ve noticed in various cameras, and why that’s important to how we work.”

Trying to pick one of Steve Hullfish’s masterful interviews from his Art of the Cut series is a herculean task, but the insights he was able to talk through with David Brenner proved to be especially popular.

“You mentioned that you had to eliminate a bunch of storylines. But there’s also that decision of how much intercutting that you do and how much consolidation of those storylines you do, so they’re not so cutty… you need to stay with them long enough to get invested in that part of the story. How much of that stuff was scripted?” 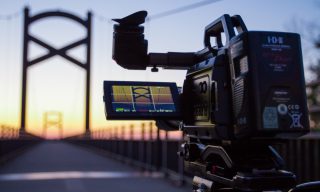 Brian Hallett took a close look at a number of cameras this year, and that includes the Sony Z150 as well as the Panasonic AJ-PX230. It was his review of the URSA Mini that caught the most attention though, in part because he was able to discuss whether or not it was the camera that so many hoped it would be.

“Yes, the 4.6K USRA Mini will fit on an un-modified Ronin, but just barely, and only with a small light-weight prime lens on the front. I think one could extend the arms of a Ronin and the URSA Mini could fly with larger lenses. If you’re thinking about putting the camera on a gimbal you better start working out. I shoot with the Cinema Camera on a Ronin everyday and I could feel the URSA Mini on the Ronin was giving me a good workout and my endurance was considerably less.” 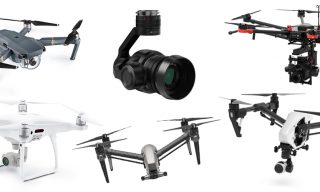 To say there are a plethora of options when it comes to choosing a drone for film/video or simply for hobbyist purposes is a bit of an understatement. Everyone is looking for the “best” drone to purchase, and Jeff Foster lays out which products he thinks will work for various types of professionals and hobbyists with plenty of evidence to support his conclusions.

“As I tell people who contact me directly – it all depends on what you’re planning to achieve with your aerial imaging experience. What you may need for photography or mapping will most likely be different from videography on many levels. Not unlike choosing your next camera, choosing which drone solution you need requires a bit of forethought as well.” 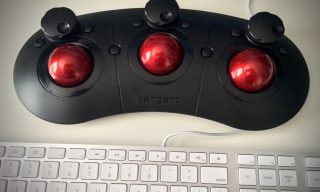 While his frequently updated Useful Tools for the Editor series is always popular, the detailed review Scott Simmons put together for the Tangent Ripple was especially notable to audiences across the industry and even the world. The price point undoubtedly caught many people’s attention, but that was only part of the reason Scott took such a close look at the product.

“The familiar Tangent red balls feel just like those on the Wave and the Element. If you’ve used the older and much larger Wave you may be surprised that the construction of the Ripple feels quite a bit better, and much “tighter” than that of the Wave. The knobs and buttons on the Wave always seemed to have a bit of play in them but that doesn’t seem to be the case with the Ripple. The buttons operate with a firm click upon push and the dials do not wobble at all left or right when you try to wobble them. No one in their right mind is going to try to wobble the dials on the Ripple but after feeling the construction of the plastic Wave I had to try.”

Use your iPhone with Project Fi from Google and save $$ per month: Two different methods and their consequences

Allan Tépper is another especially prolific writer on PVC, with numerous articles every month that tackle subjects from all across the industry. Whether he’s looking at microphones, Chromebooks or interviewing presidential candidates, Allan is always looking to discuss questions and concerns that few others are able to fully explore.

His look at how to use an iPhone or non-Nexus Android with Project Fi to save money continues to generate interest and comments, and with the insight he’s able to provide in the article it’s easy to see why…

“The absolute best Project Fi experience is achieved with one of the approved smartphones, without any workarounds. However, if you happen to prefer another phone (or already one), you can get about 88% of the logistical advantages and 100% of the financial advantages by following Workaround 1 or Workaround 2 as explained in this article.”

Getting Your Foot in the Employment Door

Articles that explore the technical and creative side of the business are big draws on PVC, and Woody Woodhall is currently working on a series that does just that for post audio. However, the practicalities around what it takes to find and secure work in the industry is just as important for many freelance professionals.

As someone deeply involved on the business, creative and technical side of the industry, he’s able to provide advice for freelancers from an especially powerful perspective…

“I receive dozens of resumes a month.  Many are from seasoned professionals who work freelance and are looking for a new post house to get on a roster.  Many are also from students and new engineers.  The differences in resumes can be striking.  Not just from the experience and credit list of course, but also in the attitude and in the approach.”

The best REAL DSLRs for video in 2016 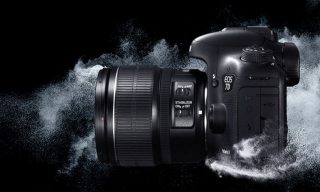 The news coverage on PVC was greatly expanded in 2016 thanks to the efforts of Jose Antunes, and he’s been able to keep the site updated with the latest developments that will impact the industry. He’s also able to put together feature articles which explore topics like what it means to find and use a real DSLR for video.

Jose didn’t just put together a list of products though. He detailed every single item on his list… 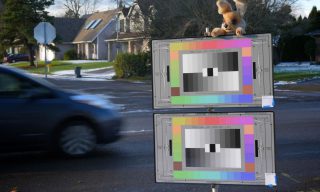 What is “Correct” Color?

Adam Wilt is another writer whose output on PVC in 2016 was substantial, with in-depth reviews of products like the Loctek FlexiSpot Sit/Stand Workstation as well as webinars that explored affordable anamorphic adapters. However, his simple question around what “correct” color is provided an incredible look at a topic that professionals deal with on a daily basis in the way only Adam can.

“What does it mean to have a “correct” color on a test chart in the first place? When you’re generating RGB electronic signals, you can easily specify RGB=0.75,0.0,0.75 (in normalized values where 0.0 is 0% and 1.0 is 100% brightness) for a 75% saturated magenta. Indeed, that’s how 75% colorbars are generated: 75% amplitude values for red, green, and blue are taken singly and in combination to make up the three primary and three secondary colors which plot the familiar hexagon on a vectorscope:” 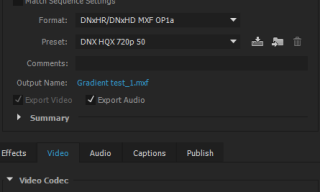 Should you transcode before Color Grading in Adobe Premiere?

The variety of voices and perspectives that are featured on PVC is what really makes the site unique, but those voices aren’t only coming from the roster of regular and semi-regular contributors. Professionals like Mike Matzdorff and Julia Swain published some unique content for the site in 2016, but Jarle Leirpoll’s look at whether or not you should transcode before color grading in Adobe Premiere has been especially popular.

Jarle didn’t just layout his thoughts or opinions on the topic though. He put everything to the test and detailed his findings in his artcile…

“After yet another discussion on transcoding, I recently arranged a test in the ‘Moving to Premiere Pro’ Facebook group to bust this myth. I did some heavy contrast adjustments both on an original 8-bit DLSR clip and on a DNxHD 10-bit copy made with Adobe Media Encoder (AME) and exported two files. 8 people made a guess without knowing what file was made which way. 7 out of 8 were wrong!”