More tools from in and around the internet that might make your post-production life faster, easier or maybe a combination of both.

It’s time for another Useful Tools for Editors. It gets the title Useful Hacks Edition just for all the hard work that has been put into hacking Final Cut Pro X to add some new features. See that below. But before we get started here’s what might be the most useful tools on the web today for killing time: http://deslide.clusterfake.net   —- Stop the click-baiting!

Hate articles laid out in slideshows that you click 100 times to read? Paste URL into https://t.co/psQxAREOIy and it'll spit out one-pager.

If it’s an all-purpose media-management and metadata-adding application you’re looking for (and something to replace Bulletproof) then the newly released Kyno is for you. For $159 I don’t think you’re going to find a better third-party piece of software that you can use to view, catalog, tag and transcode you media for edit. Kyno isn’t a full media asset management system but I think for many users it could easily function as just that. It’s simple to use (something Bulletproof was always lacking) and could easily be deployed on-set or to a producer to log media if you didn’t want them digging into an NLE.

We used it on a recent job to tag some 7000+ shots with metadata before importing into the edit. Boy did that save a lot of time. A full FAQ might answer some questions. PVC also did a Q and A with the developers. A 15 free trial is waiting for you to download.

A new updated to FxFactory (taking it to version 6) add some new effects as an update always does (EPICOLOR, Hawaiki Keyer 3.0 and Radiance are all newer effects in the FxFactory universe ). One new effect that I wanted to highlight is BetterStabilizer from CrumplePop. I think stabilizers are always worth noting because there are times when one seems to work when another one does not. CrumplePop have been making some more utilitarian products lately rather than flashy flying graphic things and BetterStabilizer adds to that arsenal.

Is it better than what is built into Final Cut Pro X or Adobe Premiere Pro CC? I think you’ll have to compare for yourself on that so download the trial via the FxFactory interface.

It was a few weeks ago that I linked to some experimental enchantments for Final Cut Pro X that Chris over at LateNite Films was doing. That post was mainly about enhanced match framing but since then Chris has been working overtime with a ton more. 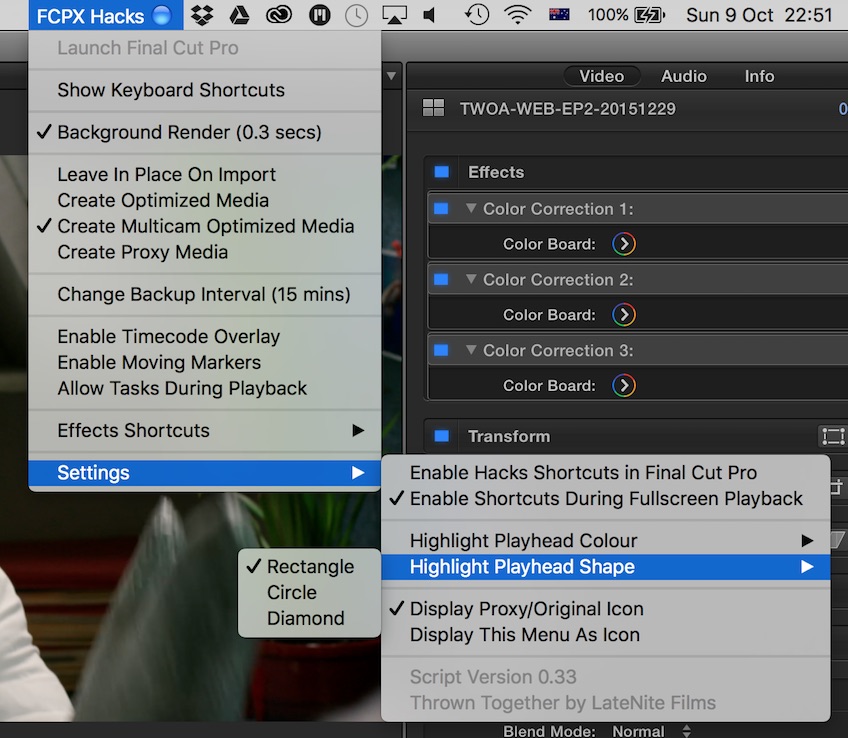 Check out his latest FINAL CUT PRO HACKS post for everything that he has worked into this enhancement thus far. Everything from keyboard shortcuts to moving markers and lots in between. It’s pretty crazy what he’s doing over there. Use at your own risk.

Ever wish all of your Mac windows could dock into a workspace kind of like your Premiere Pro windows do? Magnet is a $2 utility that looks to do just that (Mac App Store link). With keyboard shortcuts, dragging and multiple monitors supported this looks like it might be a very useful tool for those working in multiple apps at once. Windows 10 has something similar built-in, I just hope it works better. Mac OS is supposed to have Split Screen but I can’t ever seem to get that to work right.

Okay, one of my fav new tools for OS X is Magnet. Cool little utility to easily size/arrange windows through shortcuts or (my fav) dragging. pic.twitter.com/QMD0nHSCZJ

Rampant Design Tools has introduced the free Rampant Previewer app (iTunes store link) which does just as the name says, lets you preview and of their thousands of effects right from an iPhone or iPad. No worries about this being a heavyweight app with thousands of preview videos to download as it’ll ping the web as needed to see the previews. 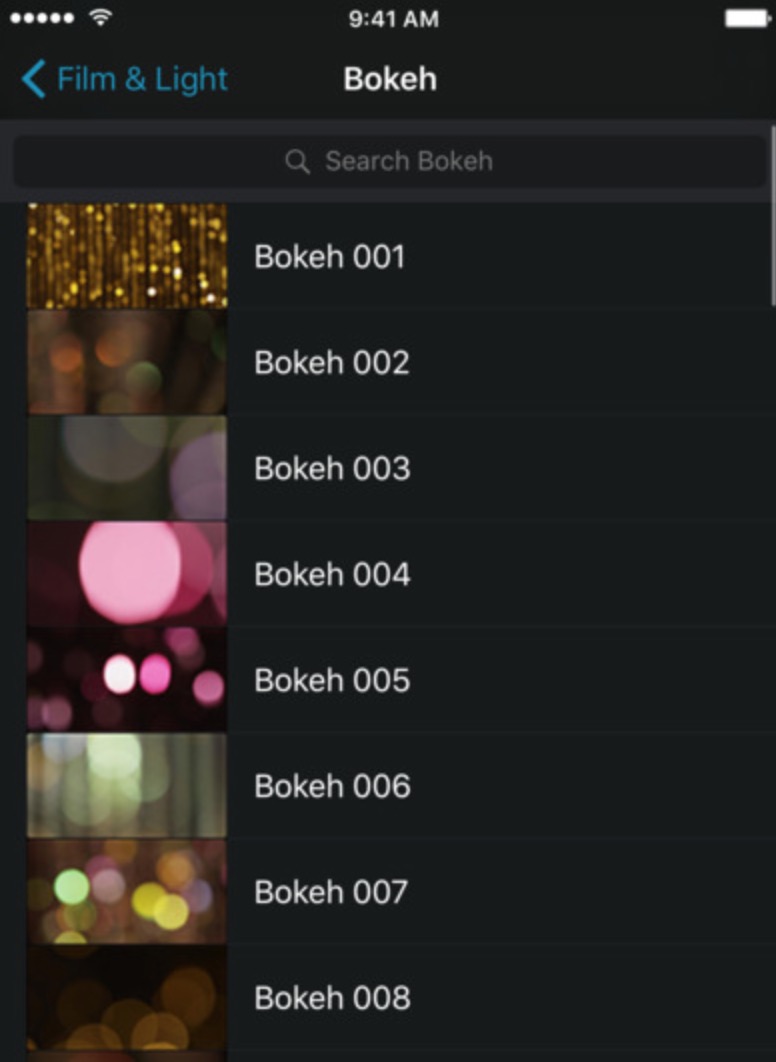 The real usefulness here will come when you have the producer download and search out which effects and overlays they want to try while you continue editing. Searching out effects can often be a big time suck so the Rampant Previewer app could be a huge help with that task.

The cost is $99. I suppose if you’re constantly working with image sequences and often encountering bad ones that might be a good 100 bucks spent.

This new transcoding application for Windows is intriguing for a couple of reasons. First is the tagline: Cruncher is the video transcoder Windows users have been asking for!  Second and more intriguing is this: We started with the #1 request: ProRes on Windows. From there, a Queue that makes sense, and a UI that’s actually built for humans to use. The ProRes on Windows encode is not an official Apple-blessed implementation as mentioned at the bottom of the homepage so it’s a use at your own risk encode but ProRes encode on Windows is a rarity so it’s worth noting.

Cruncher is in beta now so you’ll subscribe and get the beta to try out. There’s a lot of information on the Cruncher website so it’s a good read as it looks quite full of features. Prioritized encoding, watch folders, image sequence support and customized windows are a few of the features.

Looking around the edit8 website things seem a bit incomplete. I couldn’t find a link to pricing information or anything so it currently looks like a free download. Entangle for Avid looks like it’s the next evolution of Woowave which was an automated audio syncing tool that came out a few years ago. If it can save syncing time in Media Composer then that is a good thing.

Here’s a few things of interest that I’ve saved on Twitter since the last Useful Tools for Editors.

Need to create subclips from an ALE? Or convert an EDL to SubCaps? Or letterbox using a .png? Check out my new site: https://t.co/D8s3lU6ZcV

Audio Compression is hard. Watch this and you *will* understand it. AUDIO 101: How to use a Compressor https://t.co/EAnZ1kp2kR via @YouTube

Check out the cool stuff you can do with the #Mocha Pro 5 Plug-in from @imagineersystem in my in depth review – https://t.co/08wfZQMsdl