Focusing on the logistics of media management, screening, logging, organization and transcoding 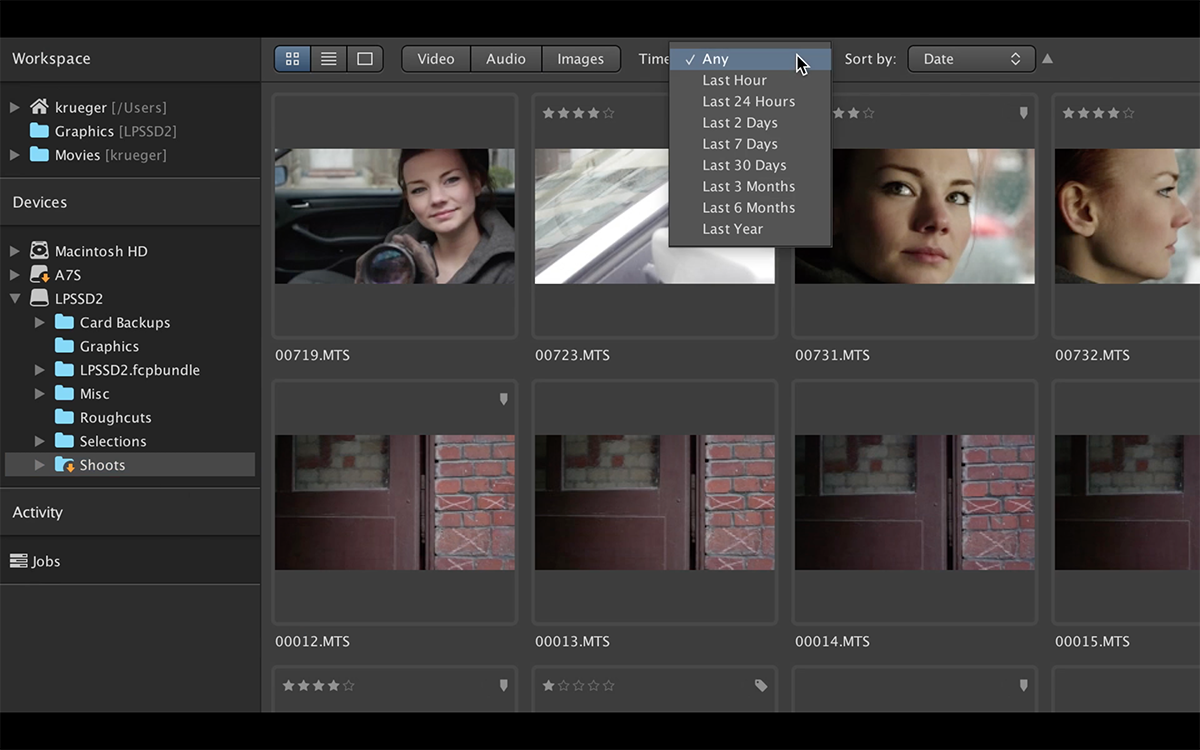 As the cameras we’re using to capture content become more and more varied, and as those files become larger and larger, more and more issues are coming up in terms of workflow and process. Granted, there are various review and approval options for video pros out there, but what kind of options focus on logistics like media management, screening, logging, organization and transcoding?

Kyno is a brand new media management app from Lesspain Software, created to deal with those exact challenges for filmmakers, production professionals and video enthusiasts. You can read about all of the essentials in the press release below, but we wanted to discover how and why Kyno just might make such a big difference in the lives of video professionals.

To find out, we connected with Robert Krüger, Managing Partner at Lesspain Software. He talked through a few details around what he believes makes their product stand out, how Kyno will grow and what people who aren’t sure if this product is a fit for them need to know.

ProVideo Coalition: What makes Kyno different from other media management apps? Is it doing something different in terms of workflow, or making certain tasks and processes that other platforms are doing even easier to perform?

Robert Krüger: In our opinion the main strengths of Kyno are:

When you were creating the app did you focus on and think through the specific challenges that filmmakers and production professionals are struggling with?

It was really experiencing the pain ourselves. Initially it was my experience as a short film maker, where I found that so much of my time was taken away from creativity because it was consumed by tedious, unpleasant work since the tools just didn’t support obvious things. It felt like seemingly simple things like previewing all your footage from all cameras quickly in a decent player or extracting subclips was not simple and convenient at all. That got us going down this path.

Over the months and years that followed we talked to a lot of production professionals, looked at their workflows and realized that they all were struggling with the same things – regardless of whether they were students, video journalists or working in a big production company like the Red Bull Media House who were the first to use Kyno in a professional, enterprise environment.

How do you see the product growing and changing?

There are a number of dimensions. The natural thing that’s ongoing and that Kyno users will feel with each update is gradual improvements as far as tweaking NLE integration, format support, transcoding options etc. are concerned. We got a lot of very useful feedback during the beta phase and are implementing a lot of that now and over the coming months. So each update (and we are planning on shipping updates very frequently) is likely to make the lives of the user base better.

A windows version is a big next step because there are areas where Windows is the de facto standard like at many of the big broadcasters, especially in Europe. Audio support is likely to be improved quite a bit in the coming months so the audio guy on set or in post has a very quick and easy way to organize and quality check their day’s work with Kyno.

There are also a number of new functional areas which would be a natural fit for Kyno which we are exploring for the mid-term development like offloading, rough cutting, more collaboration features,. We haven’t made concrete decisions regarding that because we’re focused on the feedback we’re getting from our users, and will use that information to decide what is the best thing to spend our resources on.

What would you say to a production professional that isn’t satisfied with their current tool or process, but have concerns that making a change and trying out a product like Kyno will cause even bigger problems for them?

It’s very simple. Kyno is so easy to use that you’re up and running in 15 minutes and, most importantly, it doesn’t require you to change your existing workflow one bit to make use of its features.

The 14-day trial will give anyone more than enough time to check if it will improve their workflow and for people making a living doing video work, the equation is simple. Because of Kyno’s inherent capabilities when it comes to things like

batch renaming or not having to type shotlists manually, users will find they’re able to save a tremendous amount of time, which is something they’ll be able to see on their bottom line. The savings go a step further when we start talking about being able to save ruined shots with Kyno’s denoiser or avoiding and fixing other costly production errors. Plus, having a smoother workflow with fewer tedious steps makes the work more enjoyable, which is something we would not underestimate.

I use Kyno almost on a daily basis and having to go back to a combination of Finder, VLC and Compressor (which are all great pieces of software by themselves) when doing my media work would make me so much less efficient. 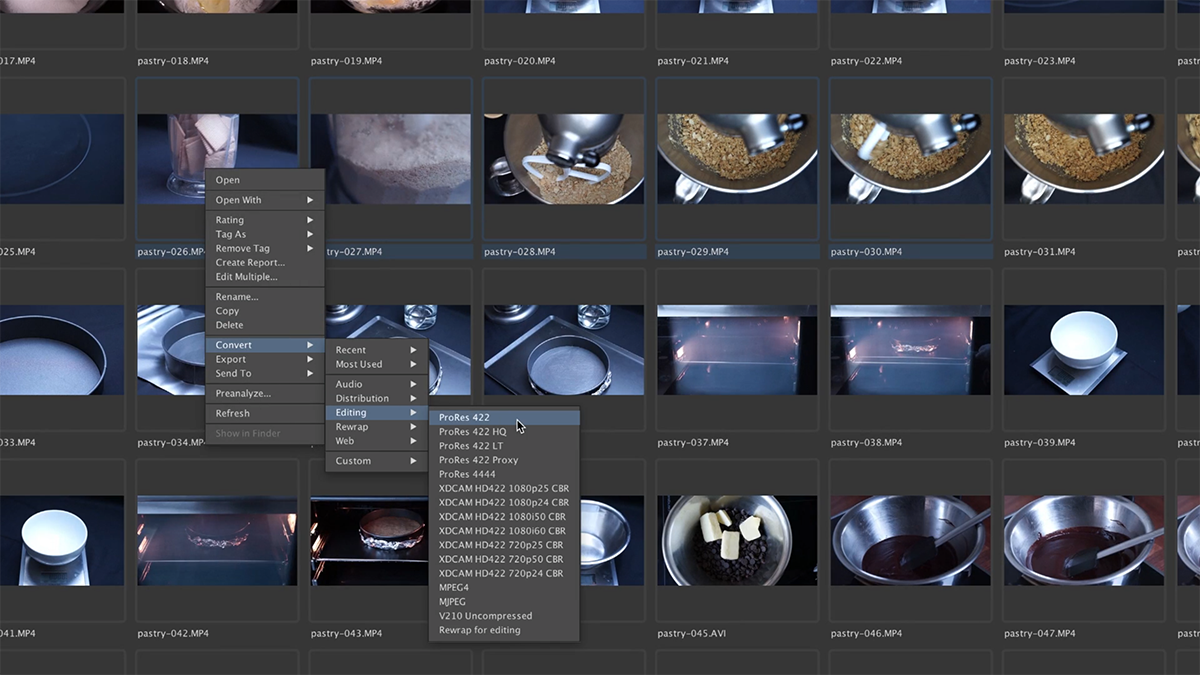 Kyno is an easy-to-use media management, screening, logging, organisation and transcoding toolset for anyone working with video content and still imagery. It works with a wide variety of industry-standard formats and integrates seamlessly with Premiere Pro® and Final Cut Pro®.

Kyno is designed with creativity in mind. Aimed at filmmakers, production professionals and video enthusiasts, it combines a number of common workflows in a simple interface that eases traditionally frustrating tasks.

Matthew Allard, ACS Accredited Freelance DP and Filmmaker comments: “Kyno is easy to use, feature rich and makes logging, rating and transcoding your vision a more enjoyable task. I’m often in situations where my colleagues can’t view and log footage from a particular camera as they don’t have an NLE on their computer. Kyno allows them to do this easily and efficiently. It’s the first program of its type that works with just about any camera, codec or format.”

Craig Hansen, Senior Cameraman, 101 East, Al Jazeera International comments: “Kyno is a one-stop shop for viewing and logging daily rushes. The ability to check content on my hard drives from multiple camera formats on one program is a huge time saver! With Kyno, you don’t have to have your desktop full of players for each of your cameras, nor do you need an expensive NLE system. Kyno is ultra-efficient and it works with every codec I’ve thrown its way. You can’t ask for more than that.”

Robert Krüger, Managing Partner at Lesspain Software comments: “We’re thrilled to launch Kyno to the public. We worked hard to make Kyno’s workflows revolutionary for anyone that works with video and media content and is looking for a simpler way. We see Kyno as a game-changer for the industry. It’s all about fast, easy workflows – this first version is just the beginning of an exciting future for video professionals and enthusiasts alike.”

A Windows version of the software is in development and is planned for release later in 2016.

Lesspain Software is offering a free 14-day trial of Kyno at kyno.software. A permanent license is available to purchase now at the retail price of $159, including one year of product updates.

Lesspain Software is based in Germany’s greater Frankfurt area and Berlin. The team develops accessible software for filmmakers and digital media professionals. For more than six years it has provided specialized consulting services to key customers in video engineering, media workflows and media asset management.

Lesspain Software’s founders have over 20 years industry experience in the development of media platforms, media processing, and workflow optimization.