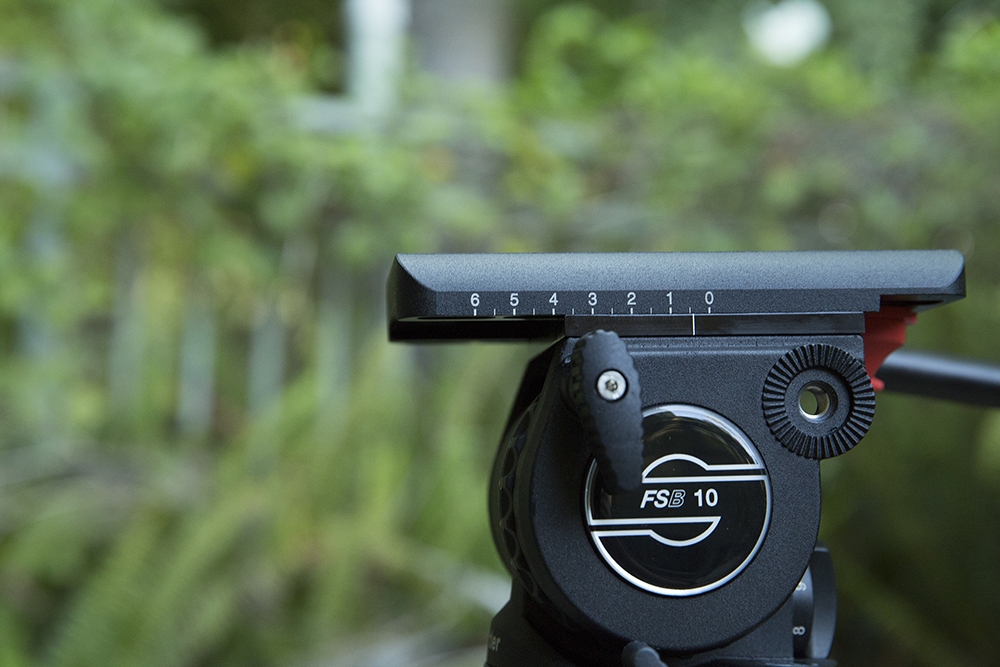 Sachtler is introducing their new FSB10 T fluid head and tripod system, which is an exciting new addition to their line. The head, which can be ordered with either a Sideload plate (FSB10) or a Touch & Go plate (FSB10 T), runs at about $2,100, with the full kit running anywhere from $2,900 to $4,400, making for an affordable system. 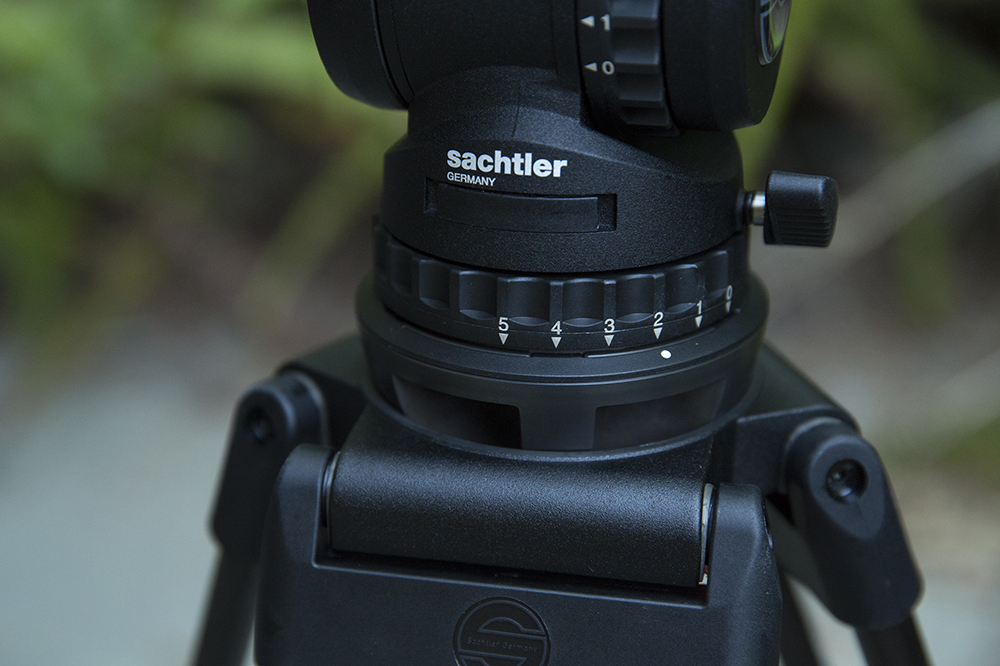 Reliability in a tripod is essential, and the pairing of your camera and tripod is something that should be considered carefully. I am usually on set with a much bigger set of sticks. However, I was immediately pleased with the feel of the FSB10. You can tell right away by how a tripod feels in weight and material just how dependable it’s going to be. Not only does the FSB10 feel sturdy, but it’s easy to build. There are no knobs to twist on the legs. Like previous Sachtler tripods, there are latches that are strong and reliable that make loosening and tightening the legs easy. With two stages, you can get the tripod very high too. This system is instantly attractive for shoots that need to be extremely fast moving. I’ve tended to find tripods of similar size to be frustrating to move. This one moves with ease. 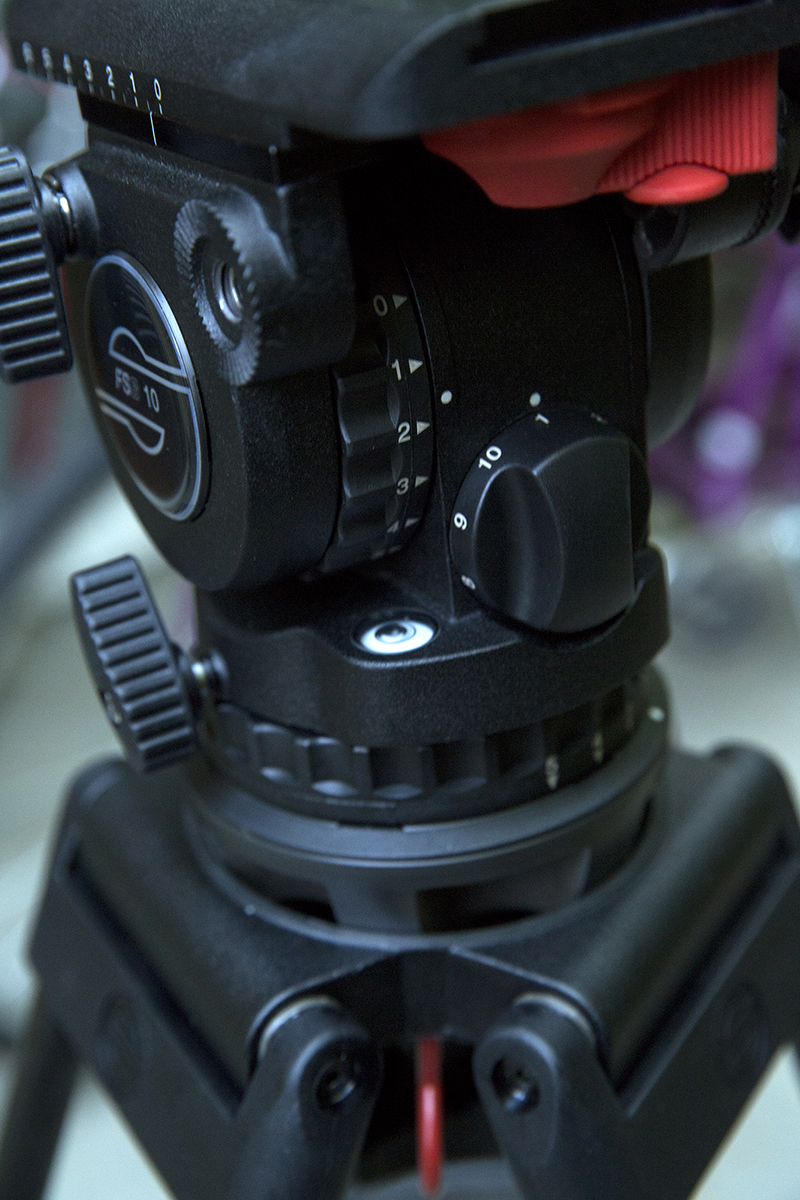 I took the tripod out on a shoot to put it to the test. I threw a RED Dragon on it, with a mild amount of accessories. Again, I’m used to having a very large tripod and head on set for my fully built ARRI, RED and other camera systems. With the payload capacity of the FS10, I can now throw heavier cameras onto a system that is not as cumbersome as some of the larger ones.

The first thing I noticed was the smoothness of the fluid head. There are five stages of drag for both panning and tilting that all feel great depending on the needs of the shot. It’s easy to switch between settings — another aspect that just “feels” right, if you know what I mean. Getting the fluid head where you want it in terms of settings and feel for an operator is effortless. I used the FSB10 T, which has the Touch & Go plate. There is a separate sliding plate underneath for balance. One aspect I found annoying is that the arm gets in the way of the knob on the right that is used to loosen that sliding plate. On the FSB10 T, you cannot slide as far for balance as you can on the head with the Sideload version.

For bigger camera packages with lots of front and back accessories, or when using a larger zoom lens, I would recommend having the Sideload plate since it’s far more versatile when it comes to balancing. This is also great if using a Sideload on bigger fluid heads has become second nature for you, like it has for me. The quick release underneath the back of the slider plate that is used to release the touch and go is not my favorite. The Touch & Go is also just small, and though it feels fine when tightened, I just prefer a bigger plate for peace of mind. It’s tiny… 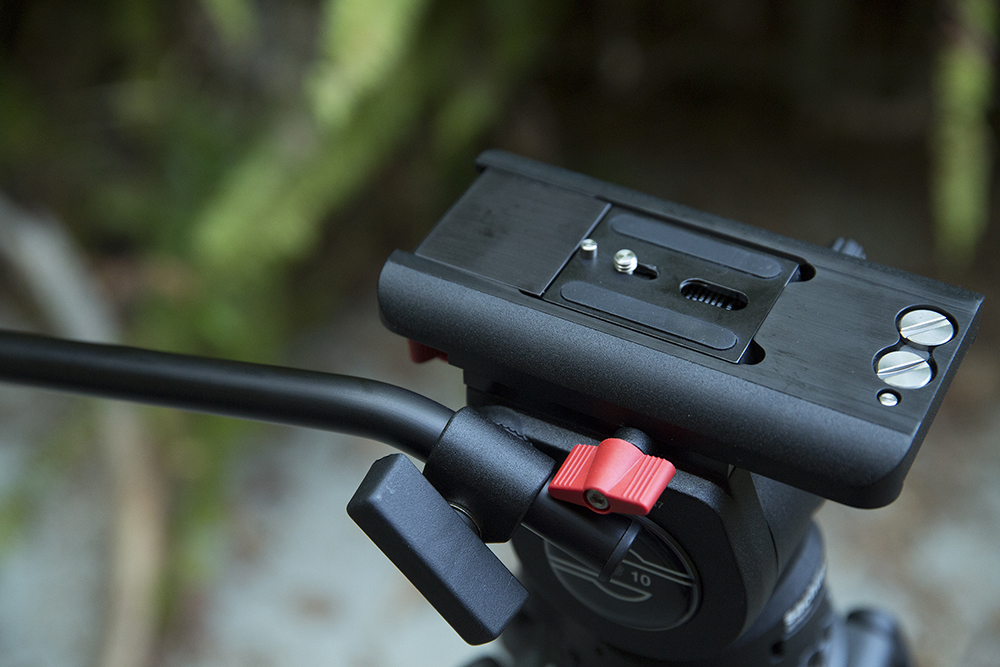 The bowl is also 100mm and flat at its base, so throwing it onto a Dana Dolly or larger dolly is straight forward. Personally, I have no desire for anything smaller. This Sachtler head is rugged and makes for an operator’s best friend with its range of settings for drag and counterbalance, and super smooth feel. When it comes to operating though, I was not a fan of the plastic handle on the arm. It has grooves in it that do not make for a comfortable grip. I much prefer a soft grip but this is a preference unique to each person.

Again, the legs are easy to extend, but what is even nicer is the reliability with the spikes on the feet when detaching the tripod’s spreaders. This tripod is a no-brainer when it comes to dealing with uneven terrain. I cannot say the same about other tripods of its size. The spreaders are easily detachable so that the legs can be configured in any way necessary in any location. Another great thing about the FS10 when it comes to being able to take it in any location is its ability to work seamlessly in extreme temperatures. You have smooth operation in temperatures as low as -40° C and as high as 60° C. I have shot films in the snow, and having discovered this tripod, it is on my list for support to take out in extreme conditions. In this instance, I took the FSB10 out in the summer heat. One thing I noticed, after being out for several hours, was that the tripod was not hot to the touch after so long. With other metal sticks, the heat requires you to wear gloves when carrying or adjusting. 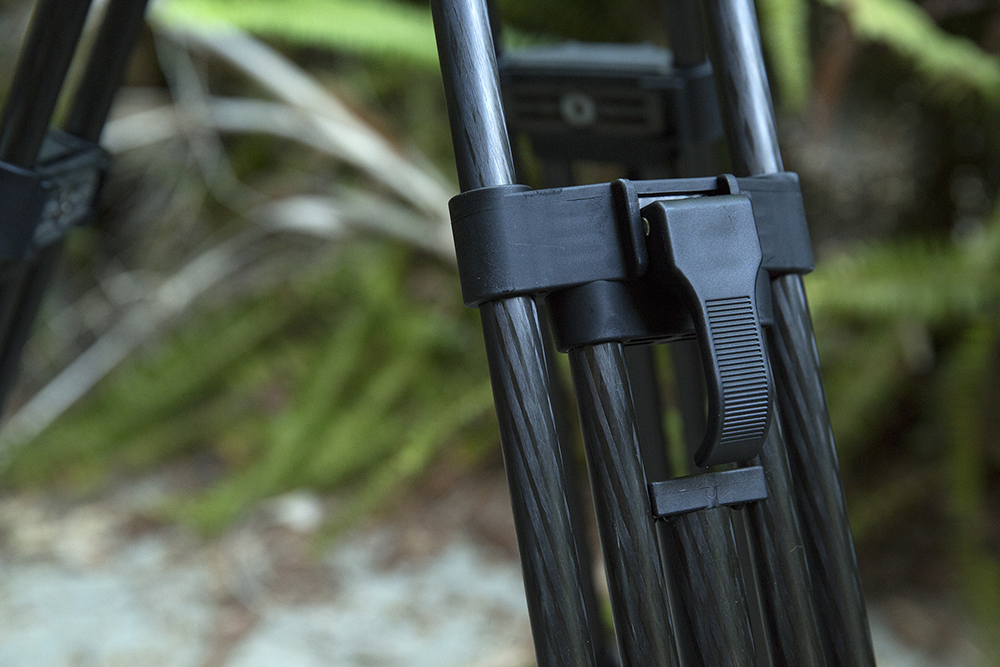 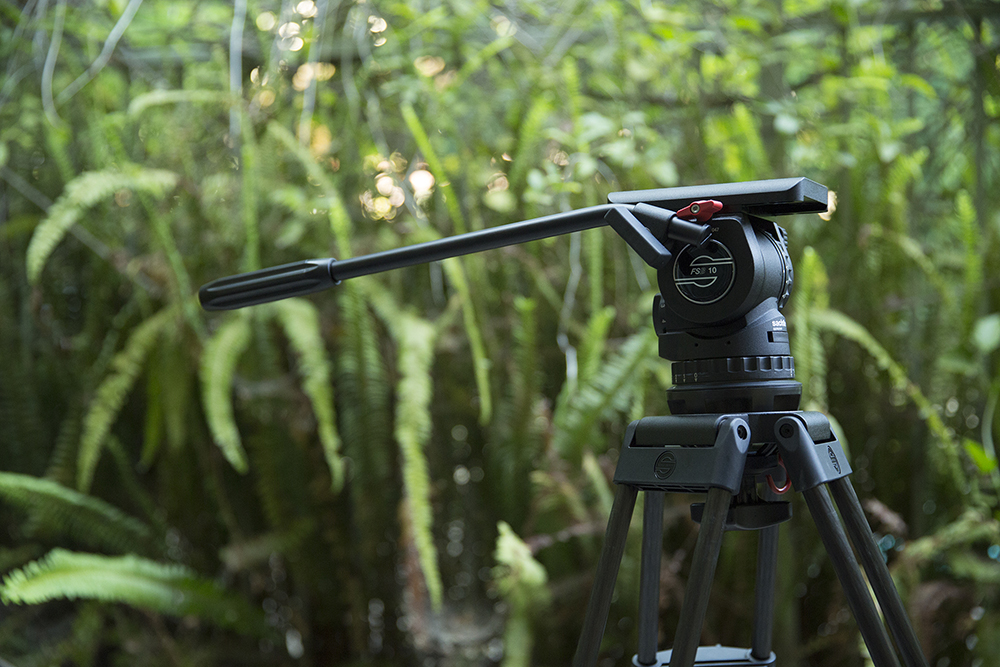 I would say this system is extremely versatile. The thing that stuck with me was the smoothness of the fluid head. What I dug the most is the fact that it is a strong, portable size that is easy to transport but can take heavier cameras, which is what I am dealing with most of the time. That said, it is best for more run-and-gun shoots. It feels fit for smaller or mid-size camera bodies, despite the payload capacity. I am usually moving around a 30-40 pound camera, which this tripod cannot take. Still going to rely on my standard O’Connor heads and legs for those. However, I would happily own the FSB10 and have countless uses for it on a large number of shoots. It is super sturdy and extremely smooth. 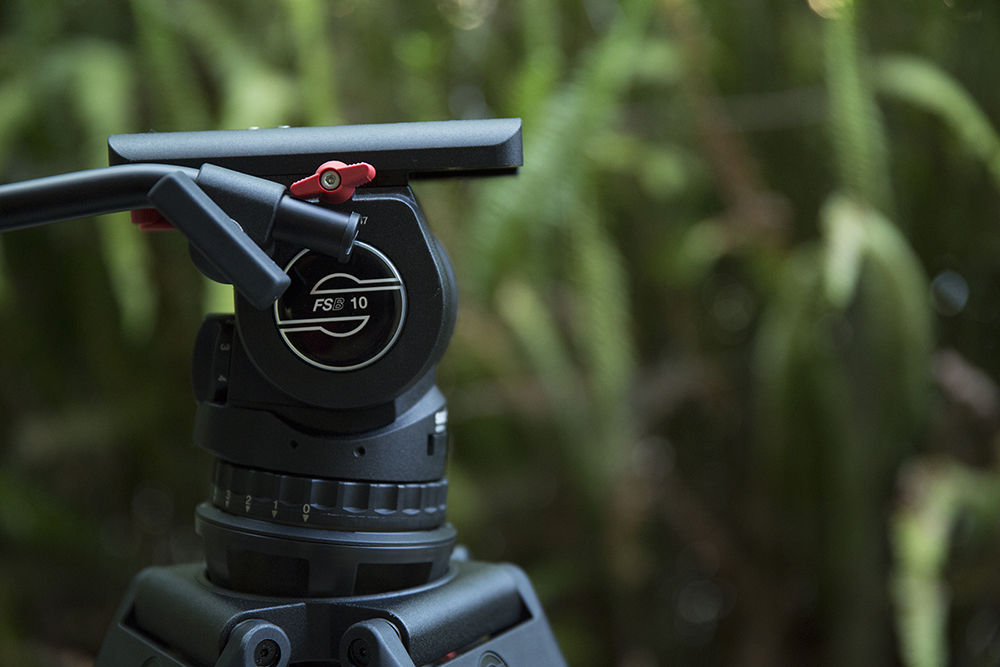