With online shopping expected to hit new highs in 2019, Black Friday sales are already in movement, with some of the deals ending on the exact Friday that gives name to what is now a season. 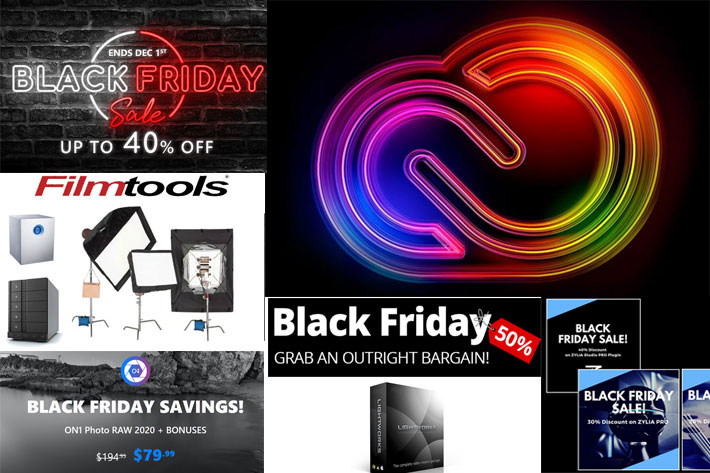 We pick some more deals for this Black Friday season, as we approach the day itself, November 29th. Here are some of the best deals for videographers and photographers. Come back for more, soon.

Technically, Black Friday is only on the Friday, but the truth is that deals have started before, and some will continue until Cyber Monday and even beyond that date. Some of the deals, though, and Adobe is an example, end on Black Friday. Check the dates if in doubt. As for predictions, Adobe Analytics predicts that online shopping will “hit new highs” over the holiday season in general, with an expected increase of 20% over 2018. 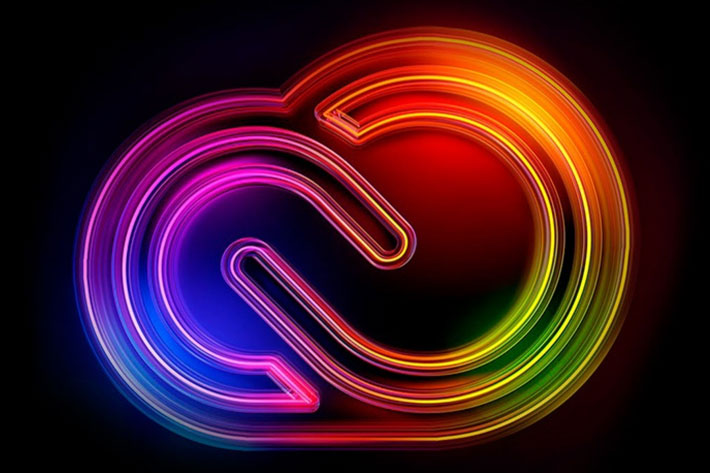 Adobe also has a Black Friday special deal, and it ends Friday. Yes, that Friday, The Black Friday. So, if you want to get up to 40% off the next generation of Creative Cloud and Creative Cloud for teams, there is no better time to subscribe then now. NOW, means NOW! Because  Friday is just round the corner. If you happen to be a filmmaker or photographer that is also a student, you can save up to 70%. But hurry, because, as Adobe states, “Black Friday. Going, going, almost gone”.

The deal? Well, you can get a all apps subscription for $29.99 per month, instead of the regular $52.99/monthly. Get all 20+ creative desktop and mobile apps including Photoshop, Illustrator, InDesign, Premiere Pro, and XD. But the deals ends November 29th. 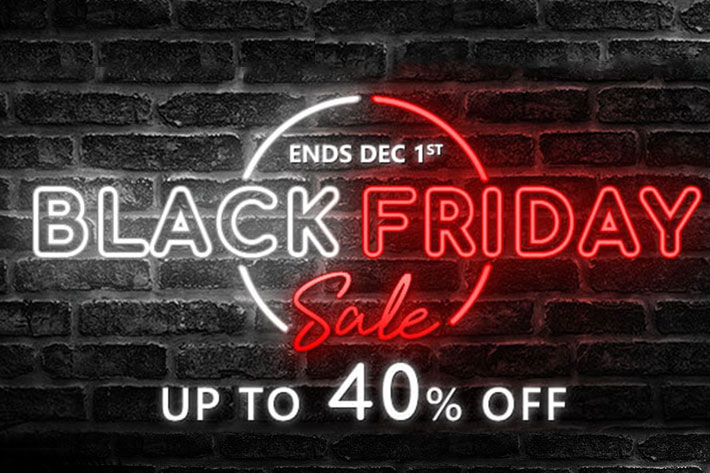 Cyberlink’s Black Friday sales run until December 1st, so if you want to get your hands on some of the software from the company, the time is now.  One example? PowerDVD 19 Ultra, the optimized media player with new 8K, 4K, and HDR video playback, able to play & cast virtually any type of disc, video, photo, audio & ISO files is available for $59.99 instead of $99.99.

The Director Suite 365, PowerDirector 365, and Photo Director 365 subscriptions are  also available with 30% off, while promotion continues. Apparently, the perpetual license options at Cyberlink get no Black Friday deals, suggesting the direction the company wants users to move. Visit the website for more information and deals. 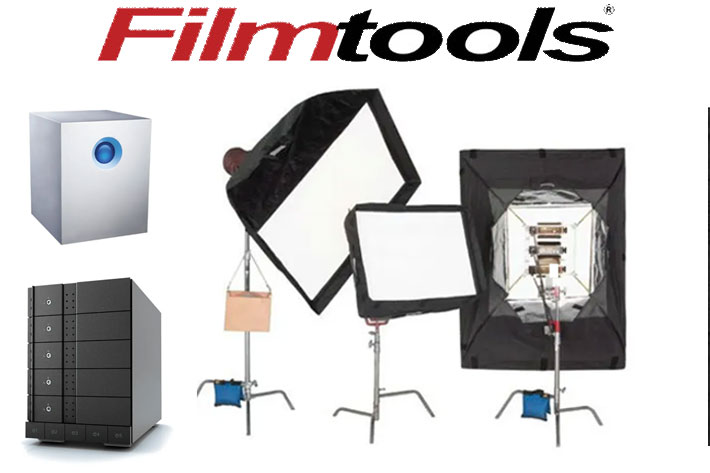 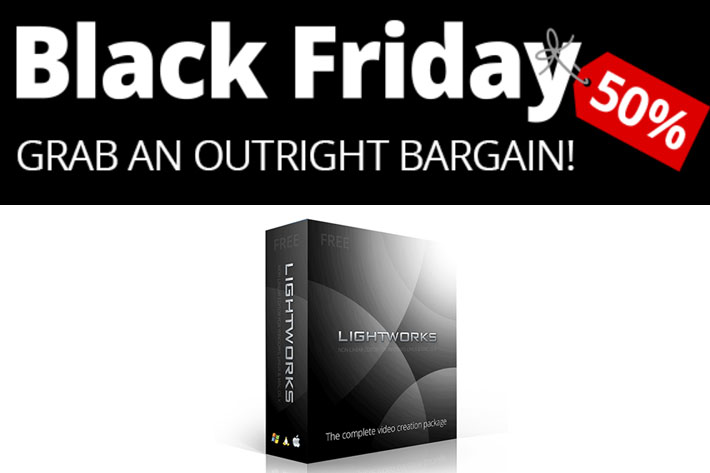 Lightworks Pro 14: the best deal of the year

Buy a Lightworks Pro 14 Outright license today and save 50%.  The discount is valid through Sunday 1st December, so don’t wait until tomorrow. The package includes Lightworks Pro Outright with 50% discount off the list price and Boris FX AND Boris Graffiti is also included free (value $599). The license, which will never expire, is valid for all version 14 software releases. Use code OUTRIGHT2019.

If permanent licenses are not your thing, the Lightworks team has got something nice for you too: buy a year’s license of Lightworks (including Boris Graffiti) and get the second year free! The license is valid for all V14 software releases and the 50% off Code is BOGO2019. 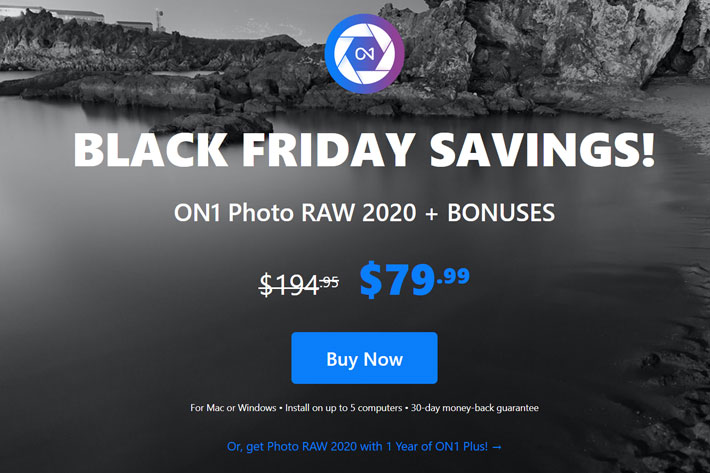 If you’re looking for a powerful yet easy to use all-in-one alternative to Photoshop and Lightroom, try ON1 Photo RAW 2020, a professional-grade photo organizer, raw processor, layered editor, and effects app that gives you the control you need to fully express your creative vision. Use the Black Friday savings deal to get your copy of the software, plus bonuses, for $79.99 instead of the regular price of $194.95.

ON1 Photo RAW 2020 is available for Mac or Windows, and it can be installed on 5 computers. The new version, launched recently, includes ON1’s new AI-powered Auto Tone and AI Match, powerful new presets and filters like Weather, Channel Mixer, Color Balance and Sun Flare. What’s more important, if offers speed and performance gains that photographers need for faster workflows. The promotion is limited, so act now. 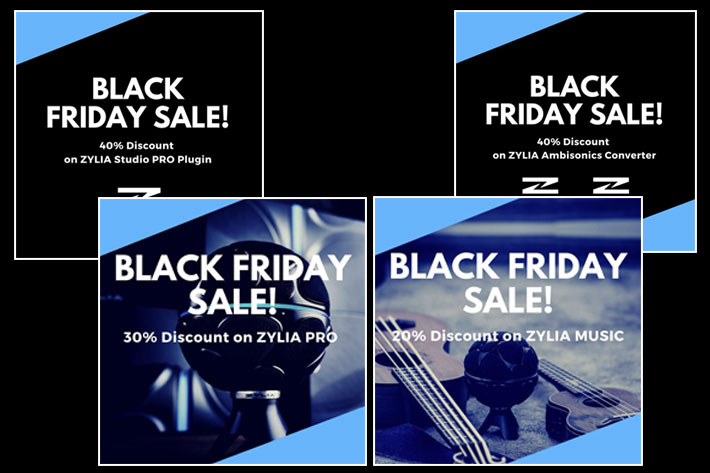 Zylia’s products are all on sale until November 29th, with up to 40% off. If you want to   revolutionise your music creation workflow and explore a new approach for 3D music recording, explore the catalog available from the company.  You get 20% discount on Zylia Music, 30% on Zylia Music Pro, 40% on Zylia Studio Pro Plugin or Zylia Ambisonics Converter.

Zylia Music is the world’s first portable recording studio that allows you to record an entire 360-degree sound scene with 19 microphones placed in one device ​plugged directly to your laptop. You can AUTOMIX tracks with just one click or have fun mixing them on your own. Spearheading the sofwtare section, you’ve ​ZYLIA Studio software, a desktop application for MAC, Linux and Windows, to record, mix, and store your recordings,  extract individual instruments into separate tracks, and more.

These Black Friday deals from Zylia are only available until November 29th.