Professional Mirrorless redefined, that’s how Canon presents the new EOS R5, a full frame mirrorless camera that aims to take the R family into the future. No price or release date available, yet! 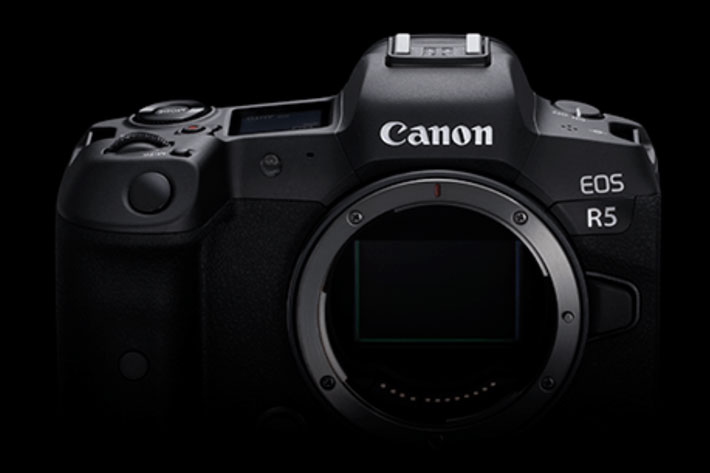 Canon is trying to leapfrog the competition announcing the development of a game-changing camera: the 8K video-capable EOS R5, which will also offer unparalleled image stabilization.

It’s that time of the year when every company has something “wow” and new to show. If you don’t, you can always announce a model is being developed, as a way to keep eyes on your brand. Nikon and Olympus are busy these days, and other companies are expected to show their goods, so Canon chose the 13th, just before the day lovers celebrate their patron, on Valentine’s Day, to show the company’s love for photographers and videographers, telling them of a new camera with revolutionary features: the EOS R5.

No, it’s not going to be available soon, maybe on the second half of 2020, I suspect, but the announcement is enough to keep users happy and looking in Canon’s direction. Some even suggested, online, when the first rumors appeared, that they will change brand… as if changing between brands is like changing shirts. I guess it’s probably a sign of the times we live in… 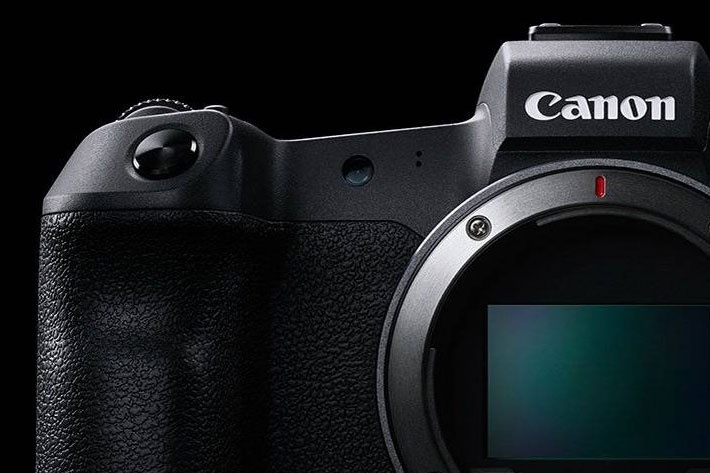 EOS R5: some sort of IBIS and beyond

So, Canon announced the game-changing EOS R5, developed with customer feedback and market needs in mind, a usual marketing note that helps to make the community feel they are part of something. They may well be, in fact, as the new R mirrorless full frame appears to feature things that users have asked Canon for, mainly a true IBIS system, like everybody else seems to have and Canon keeps forgetting, and 8K that many say is the next big thing… while others say is too much for the actual editing systems and there are hardly any screens to see it displayed on. It’s hard, from where I see it, to keep everybody happy…

Anyways, Canon will have some sort of IBIS… and more. Although the details are scarce at the moment, as this is a development note and not the full release of specifications, Canon does state that the EOS 5 will offer unparalleled image stabilization, allowing photographers and filmmakers to push creative boundaries harder and capture action better than ever before.

The announcement by Canon points to how the “outstanding optical image stabilization technology and superior electronic communication between lens and camera shines with this latest addition to the EOS R family”, to reveal that the EOS R5 takes the cutting-edge technology developed for the range to the next level, by including a newly Canon-developed, in-camera image stabilization system – which works in combination with the lens stabilization system, making sure that whatever the situation, stills and video content captured is shake-free. 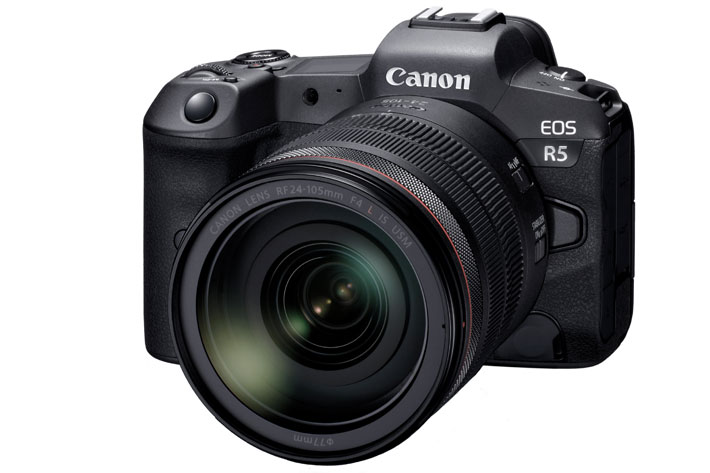 Everyone is free to imagine exactly what that means, but recent patents registered by the company may well shine some light on the subject of image stabilization in camera, and why it took them so long to get a comparable system working. Now we just need to have real world tests, made independently – when the EOS R5 becomess available – to know if Canon has reasons to claim “unparalleled image stabilization”.

Canon does reveal some more about the new camera, though, stating that it offers “fast and first-class image capture”, reaffirming Canon’s commitment to its EOS R System and providing photographers and filmmakers with innovative products. It’s following that logic that the EOS R5 offers a step-change in performance, with, says the company, “an incredible 12fps using the mechanical shutter and the electronic shutter offering 20fps.

It appears as if Canon believes that the EOS R5 is the tipping point in terms of the mirrorless versus DSLR debate: the company says that “the camera’s combination of speed and resolution will set new standards, to make mirrorless an ideal choice for everyone from wedding to wildlife photographers.“ I was just on the phone with a friend of mine, photographer, who has covered everything from Formula 1 to the Olympics, in some 40 years of work, and he told me the EOS 1-D X Mark III DSLR is all the camera he needs/wants for the near future.

While – some – seasoned professionals may not want to mix DSLRs and Mirrorless systems, as it may reflect negatively in their workflow, newcomers may well follow Canon’s suggestion and opt for the EOS R5 as their top-level camera. It’s only natural that it happens. Not only photographers, but videographers too, if Canon promises regarding moving images with this camera become reality.

The company says the EOS R5 is a tool to create future proofing video content. It’s, Canon adds, “the ideal camera for those looking to set their video and stills content apart from the rest. Making the capturing of cinematic-quality 8K video available in a wider range of scenarios, the EOS R5 is the answer to the growing demand for high-resolution, high-quality moving image across all genres. Offering four times the resolution of the current industry standard of 4K, the camera enables creators to shoot wide in 8K and, when needed, crop for a 4K output.”

Richard Shepherd, Pro Product Marketing Senior Manager, said: “We’re confident that the EOS R5 will shake up the global mirrorless market and we’re excited to see the content photographers and filmmakers will be able to capture with this outstanding new device in their hands. 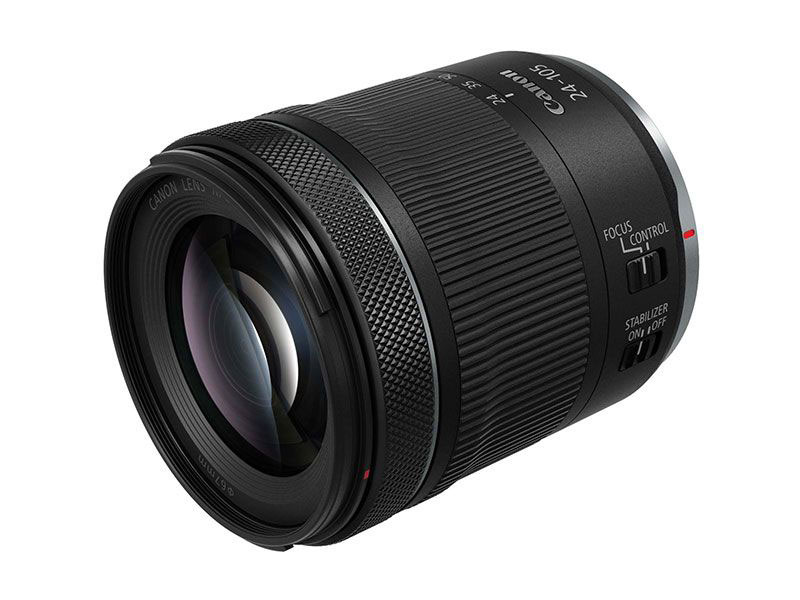 “This camera highlights our commitment to mirrorless and the need to futureproof photography and filmmaking. We launched the innovative EOS R System in September 2018 with an array of RF lenses and the EOS R, soon followed by more RF lenses, the EOS RP and EOS Ra. The EOS R5 will become the new flagship Canon mirrorless camera, delivering exceptional image quality and video capture.”

With content delivery just as important as image and video capture, the EOS R5 will support automatic transfer of image files from the device to the image.canon cloud platform. This automatic image transfer makes it easy for users to view their content on other devices instantly when on-the-go. What’s more, the EOS R5 also features dual card slots for convenience. 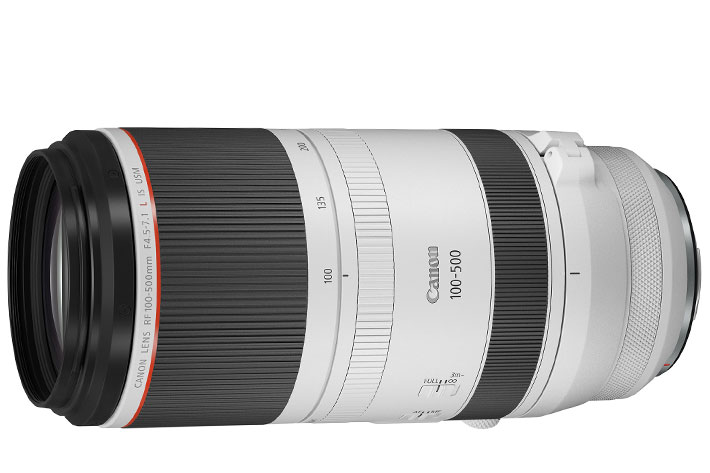 Along with the announcement of development of the EOS R5 mirrorless, Canon also announces the launch of the RF 24-105mm F4-7.1 IS STM – the latest lens to join Canon’s RF line-up for the EOS R System. Canon is developing a total of nine RF lenses scheduled for release in 2020, including the RF 100-500mm F4.5-7.1 L IS USM and compatible Extender RF 1.4x and Extender RF 2x.

Reference exhibits for the EOS R5 and RF 100-500mm F4.5-7.1 L IS USM, Extender RF 1.4x, and Extender RF 2x will be on display in the Canon booth at the CP+ Camera and Photo Imaging Show 2020, to be held from February 27 to March 1 at the Pacifico Yokohama convention hall in Yokohama, Japan.

The new 8K Canon EOS Cinema camera is being tested and a new video from “The World Heritage” documentary...