Following the release of its first mirrorless models, Canon returns to DSLRs with the EOS-1D X Mark III, featuring a new mirror system designed to allow photographers to better connect with their subjects. 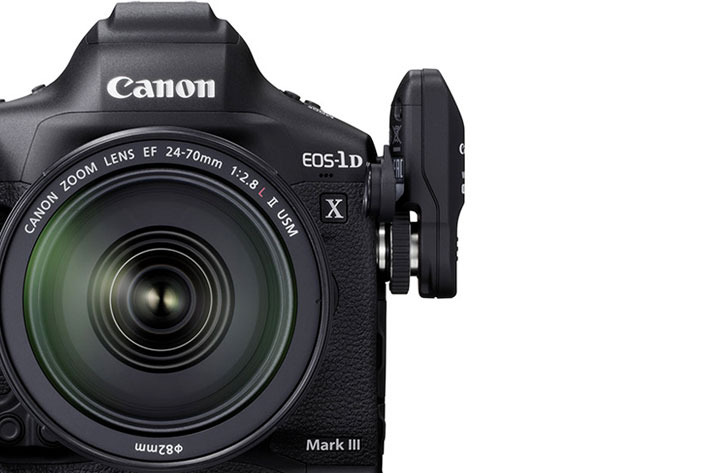 After praising the benefits of mirrorless, a strategy needed to sell its EOS R series of cameras, Canon is back to the DSLR world, with a camera that represents the pinnacle of Canon’s EOS-1 series. The much-anticipated EOS-1D X Mark III has at its heart a newly developed DIGIC X processor, and features a new 20.1 Megapixel sensor, mirror system and shutter, giving it a competitive edge – achieving industry leading speeds of 16fps, according to Canon.

Essential for world-class sporting events and animals in the wild, the optical viewfinder provides photographers better connection to the subject, with clear and bright lag-free viewing, says Canon, and this DSLR takes the whole concept of an OVF to a new level, a key reason for the 16fps shooting speed the camera offers.

To achieve such fast frame rates “impossible in any other manufacturers’ camera”, says the company, Canon’s innovative technology reinvents the SLR mirror system. With “Canon’s mechanical engineering superiority at the heart”, as the engineers at Canon say, the camera features almost zero mirror bounce,  meaning that its mirror returns to its position as quickly and as precisely as possible – directing light to the camera’s AF sensor to take a reading faster than ever before. 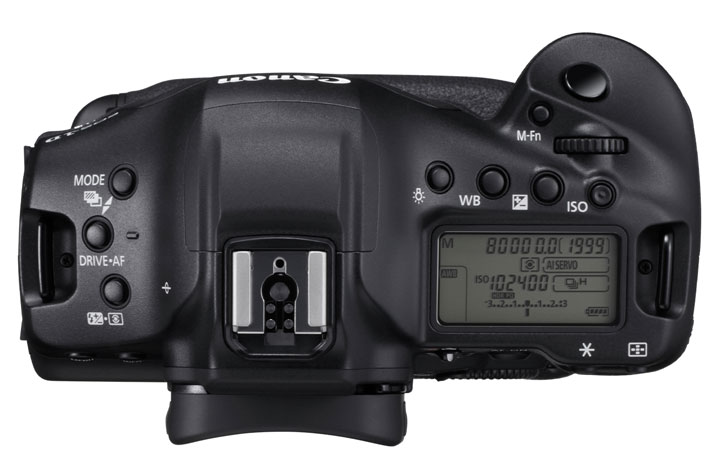 Whether this is the fast speed mirror system for which a Canon patent was published, or a sign of a path the company is exploring, it confirms that DSLRs are far from dead, and the company continues to research solutions to enhance what many say is a dying breed. Presented as the ultimate sports and wildlife camera, the EOS-1D X Mark III, offers professional photographers limitless possibilities, at blistering speeds. But it also has something for videographers…

The camera offers 5.5K 12-bit RAW video internal recording, being the first non-cinema Canon EOS series camera to have such feature, and in doing so it allows professionals to capture top-quality video as well as stills. While, as usual, it will be important to read all the fine print to fully understand the scope of video features available, the EOS-1D X Mark III seems to be a step in the right direction to offer features of the Cinema EOS line in a DSLR body.

The full announcement reveals the camera’s ability to meet the demands for high-quality video. The EOS-1D X Mark III is the first EOS-1 series camera to support Movie Digital IS – providing 5-axis stabilization to cope with a wide range of movements – a feature seen in high-end Canon cinema cameras like the EOS C500 Mark II. Thanks to its new sensor and processor, the EOS-1D X Mark III is now also Canon’s most advanced video product with interchangeable lenses outside of the Cinema EOS series – offering 4K Full Frame and supporting 12-bit RAW internal recording. 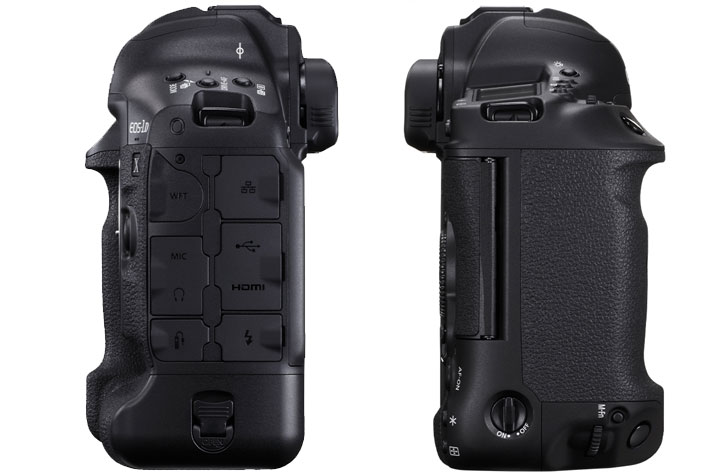 The list of firsts when it comes to video does not stop there, though. The EOS-1D X Mark III is the first non-cinema Canon camera to feature RAW recording, providing an expansive range of colours and tones which can be extracted in post-production for superior image quality. In addition to this, using the camera, video can also be recorded as 12-bit CRM file at 5.5K (5472×2886), allowing very detailed oversampled 4K footage – meeting the demand for high-quality video.

The camera can also record using Canon Log Gamma, captured as a 10-bit HEVC/H.265 file, giving professionals multiple editing and unlimited creative possibilities. Addressing the need for speed, the EOS-1D X Mark III supports file recording in a MP4 container, for fast transmission of files. Dual Pixel CMOS AF is supported in 4K and RAW mode, when coupled with Movie Digital IS, so professionals can have confidence their movie image footage will have pin-sharp focus and be steady – whatever the condition or scenario – perfect for impromptu video opportunities.

The humble 20.1 megapixel full frame CMOS sensor, a value that many say is low but, apparently, is good enough for the professionals whose feedback Canon used to develop the camera, is a next generation imaging sensor, supporting faster readout and lower noise, “addressing professionals’ request for a low-noise, high-performing DSLR” says the company. The camera’s 20.1 Megapixel Full Frame CMOS sensor also offers Canon’s widest ISO range yet. With the extended settings from ISO 50 to ISO 819,200 – the EOS-1D X Mark III further provides professionals with the flexibility to photograph in various conditions. 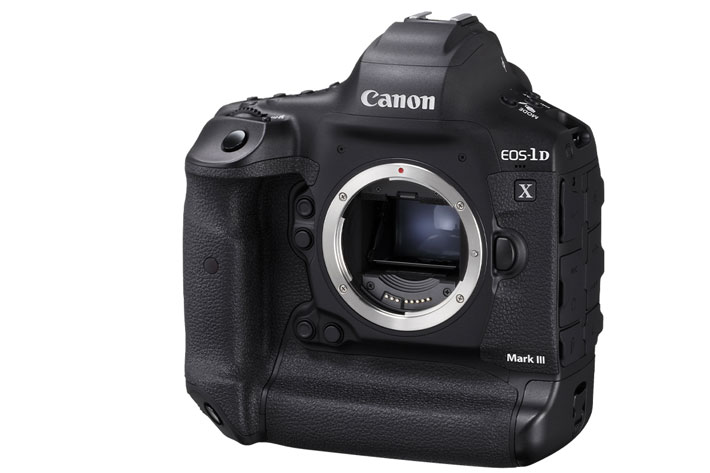 Thanks to the increased noise handling abilities of its sensor, professionals can alter the exposure of images in post-processing without noise affecting the dark areas of the images – providing even more usable dynamic range than previous models. The new features do no stop there, again, and the new DSLR from Canon has some more “firsts”.

The EOS-1D X Mark III is the first camera to the market to use a revolutionary new low pass filter, which samples the light point over a greater number of points to achieve sharper and higher resolution images while preventing moiré. It is also the first EOS model to support the HEIF (High Efficiency Image File Format). This next generation format, based on the HEVC codec, enables images with 10-bits of data to be saved in a file the equivalent size as a JPEG while suffering less compression artefacts.

It will be interesting to see if this format, developed by the Moving Picture Experts Group (MPEG) will gain traction and take the crown from JPEG, something that the JPEG 2000, an image compression standard and coding system developed by a Joint Photographic Experts Group committee, tried, without success, 20 years ago. As of now, the HEIF format, with some variations, is supported by macOS, Windows 10 and Android, among others, and editable in Adobe Lightroom, Affinity Photo or Gimp. HEIF also supports animation, and is capable of storing more information than an animated GIF at a small fraction of the size, but a the moment there is no indication that any Internet browser supports it. 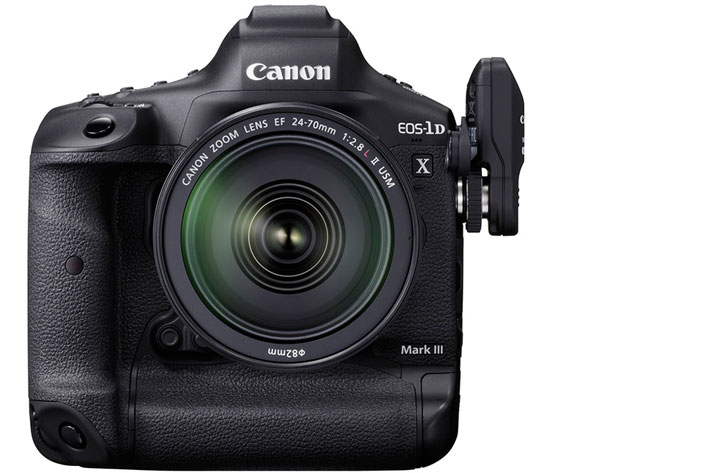 The opinion from professionals

The EOS-1D X Mark III has been developed using feedback from the worldwide community of EOS-1D X and EOS-1D X Mark II photographers, including prestigious Canon Ambassadors. Canon’s rich heritage in optical excellence shines through in professionals’ feedback during testing, praising the EOS-1D X Mark III’s step-change in autofocus, dramatically improved image and video quality and speedy communication abilities – all features which allow professionals to achieve breath-taking images and deliver them to clients – faster than ever before.

Eddie Keogh, professional sports photographer and Canon Ambassador said: “Working from the side lines at top sporting events worldwide, Canon’s DLSRs continue to dominate professional photography. Throughout the years EOS-1 series cameras have been unrivaled in their reliability and capability, which is why I’ve been using them since 2002 with the EOS-1D. In my line of work speed is everything, so I’m delighted to be using the EOS-1D X Mark III which features noticeably improved fps, outstanding autofocus and quicker communication abilities – because, in the competitive industry of sports photography, a matter of milliseconds could mean the difference between a picture that makes it to the back pages of national newspapers or doesn’t.” 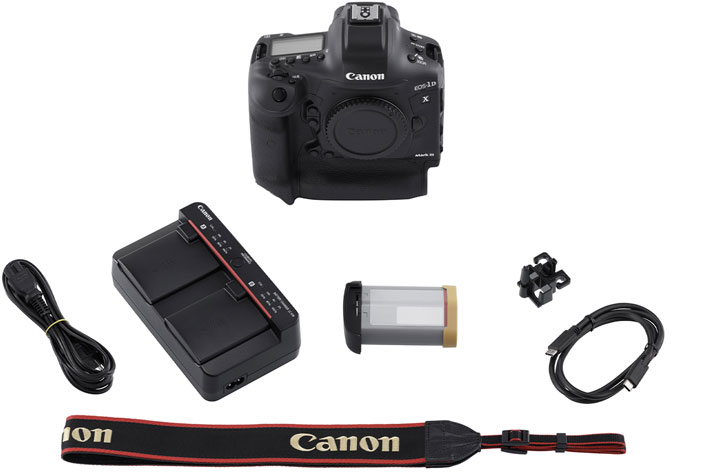 Presenting the camera, Canon points to the fact that it is based around the Canon EF mount, with more AF lenses available than any other system. The EOS-1D X Mark III  guarantees that link with the past, but is looking forward, with a new AF system and sensor that fulfill the needs of professionals as Eddie Keogh. In the ever-competitive professional photography industry there is no room for images of blurry subjects. With a new AF sensor, the camera provides 28 times the centre resolution of its predecessor and three times the number of AF points , delivering unrivaled precision and giving photographers even greater image choice of pin-sharp shots.

Partnered with a dedicated DIGIC 8 processor, focusing on subjects in a wider range of lighting is made possible – conditions which would see lesser-quality AF systems fail to capture ‘the shot’ in focus. In addition to focusing accuracy in low light, the camera is ideal for photographing low contrast, patterns, fine detail and diagonal lines – all of which were previously difficult to capture.

Programmed via deep learning, the camera’s AF system can identify human subjects in a range of sporting situations, bringing them into focus – at high speeds – with newly-developed advanced subject tracking system. With this deep learning capability, the camera will lock on to a subject’s head or face – the primary place of focus for the human eye when looking at images – even in situations when the subject’s eyes are covered by the likes of helmets and goggles. A new Auto AF case setting has also been incorporated in the camera to tune the AF settings to match the subject – making setting up the AF system easier than ever before – ideal for professionals photographing subjects which occasionally may be blocked. 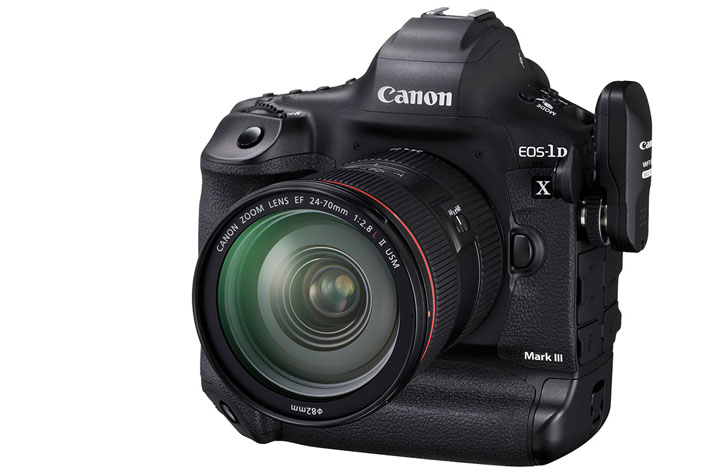 Built in Wi-Fi, Bluetooth and GPS

Keeping pace with shortening deadlines and addressing professionals’ needs for seamless and speedy content delivery, the EOS-1D X Mark III is the first EOS-1 series camera to feature built in  Wi-Fi and Bluetooth. The Wi-Fi can be used for FTP or connecting via EOS Utility as well as connecting to a smartphone.

With inbuilt GPS, professionals can capture location data to images – particularly useful for traveling sports photographers and exploring wildlife photographers. The camera transfers data at twice the speed of the EOS-1D X Mark II when using the built in ethernet, or the new optional wireless file transmitter – the WFT-E9. Coupled with simpler network set-up, it greatly enhances professionals’ workflow.

When shooting, photographers have the option to use Live View. In that mode the camera can shoot at 20fps with mechanical or electronic shutter with full AF, further extending creative opportunities. Shooting at such fast speeds is made easier through the use of next generation memory cards, CFexpress, which provide write speeds over three times that of the previous fastest CFast cards and making shooting bursts of over 1000 RAW images possible.

The camera also provides additional control for selecting AF points, built into the AF-ON button, allowing photographers to change AF points on-the-fly for the best composition – further simplifying their work. Professionals can also benefit from dramatically improved battery life – with the same LP-E19 – enabling them to shoot 2850 shots per charge – reducing the chance of missing ‘the shot’ when changing battery.

That’s the EOS-1D X Mark III, the new flagship camera from Canon, a DSLR that will be at CES 2020. The Canon EOS-1D X Mark III DSLR camera body and WFT-E9 wireless file transmitter are both scheduled to be available in mid-February 2020 for an estimated retail price of $6,499.00 and $649.99, respectively.