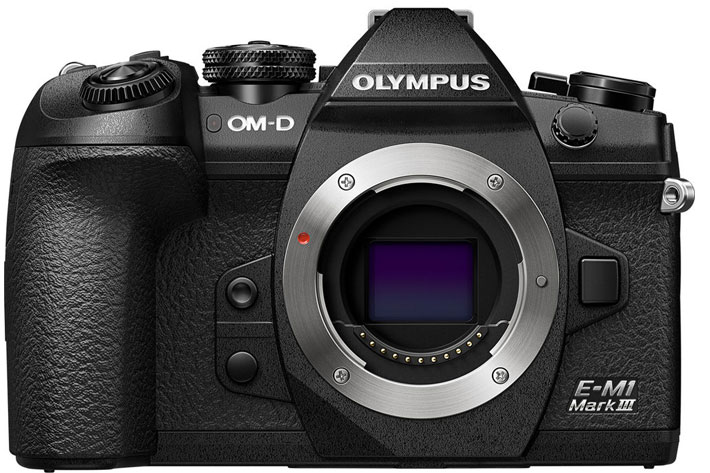 Olympus has a new Micro Four Thirds camera ready to enter the market: the Olympus OM-D E-M1 Mark III, aiming at whoever is eager to enter the world of Olympus cameras through a top-level model.

Owners of the previous model from Olympus – OM-D E-M1 Mark II – will probably not feel the urge to upgrade to this new model, but for whoever is looking to Olympus as the company to provide their next camera, and wants to have a professional camera, this may be the solution. The system, says the company, “fulfills the needs of professional photographers in any field, all in a compact, lightweight dustproof, splashproof, freezeproof magnesium alloy body for peace of mind when shooting in harsh environments.”

New, in this camera, is the image processing engine, TruePic IX, enabling features such as 50MP Handheld High-Res Shot, according to Olympus, from the E-M1X. The new model also picks other features from the OM-D E-M1X, which may be a reason for some to upgrade, after all, to a camera that reflects a somehow conservative approach. In fact, this model includes versatile features as Live ND, Pro Capture mode, and handheld 4K video, thanks to its 5-axis In-Body Image Stabilization, designed to meet the demands of the professional photographer. 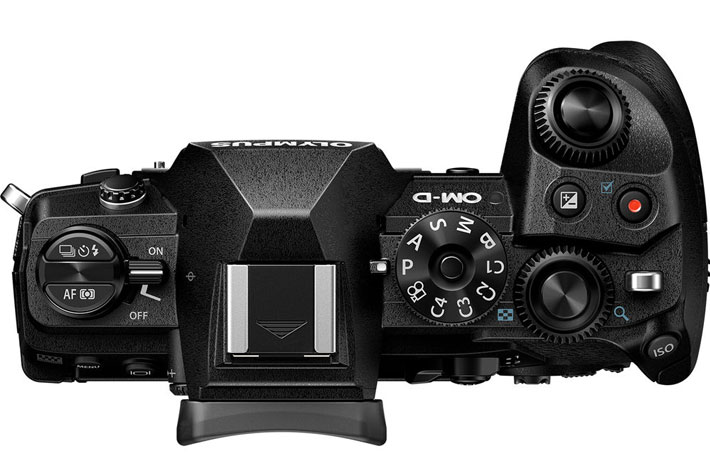 Among the multiple new features introduced Olympus highlights Starry Sky AF, which is new for the OM-D E-M1 Mark III, and, says Olympus, “is a feature that will revolutionize the world of astrophotography.” In the past, photographers have traditionally relied on manual focusing. A new algorithm was developed to offer accurate focusing even on the tiniest stars shining in the night sky, enabling ultra-high-precision autofocusing that has been admired even among professional astrophotographers. 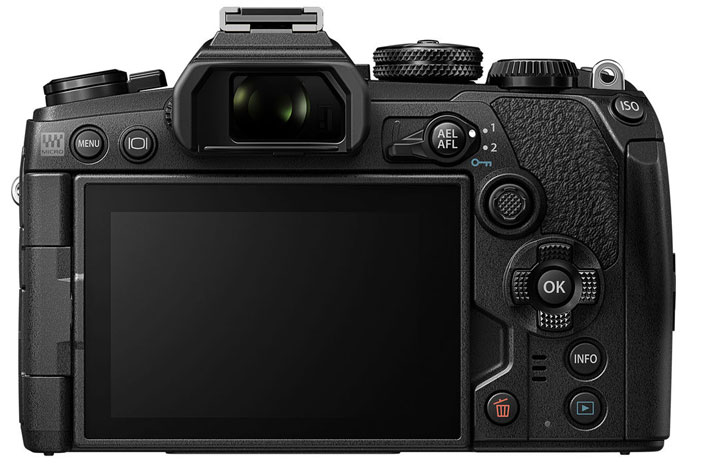 There are two modes in Starry Sky AF. Speed Priority mode (default setting), which prioritizes focusing speed and complete AF operations in a short period of time. Thanks to the powerful image stabilization, this feature makes handheld astrophotography possible using a wide angle lens, says the company, a claim that will, no doubt, be tested by users in the future. The second mode is Accuracy Priority, which uses a fine-tuned focus scan and is effective for shooting specific stars with telephoto lenses.

This camera is equipped with 121-point all cross-type On-chip Phase Detection AF sensor for tracking subjects across a wide range quickly and accurately. AF information from recorded images is also used even during sequential shooting, more easily tracking subjects that move unpredictably. It offers 75% vertical coverage and 80% horizontal coverage of the screen for a wide focusing area. Paired with the advanced AF algorithm, this feature can continually focus on fast-moving subjects with a high degree of precision.

Unlike DSLR cameras, says Olympus, there is no degradation in AF precision when using a fast lens. The OM-D E-M1 Mark III offers high-precision focusing that can sufficiently bring out the capabilities even of large-diameter lenses such as those with a maximum aperture of F1.2. AF/AE tracking is possible at maximum 18 fps high-speed sequential shooting while maintaining the full pixel count of 20.4Megapixels. The subject can also be checked in the viewfinder during high-speed sequential shooting for accurate tracking. Stunning 60 fps shooting performance captures split-second moments in high resolution that the human eye cannot detect utilizing AF/AE lock sequential shooting. 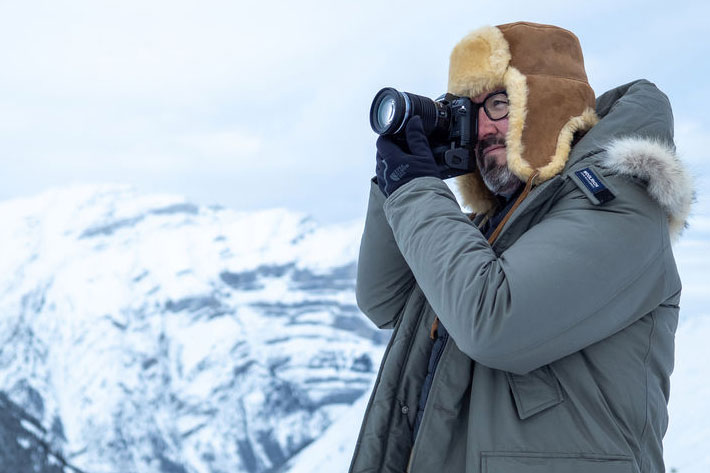 The OM-D E-M1 Mark III supports OM-Log400, which provides a high degree of freedom during shooting without worrying about overexposure or loss of details in dark shadows and bright highlights, along with color grading for a high degree of freedom over images. In order to make Live View images more visible, a View Assist function is available, which converts the color gamut to Full HD standard BT.709 equivalent for display. 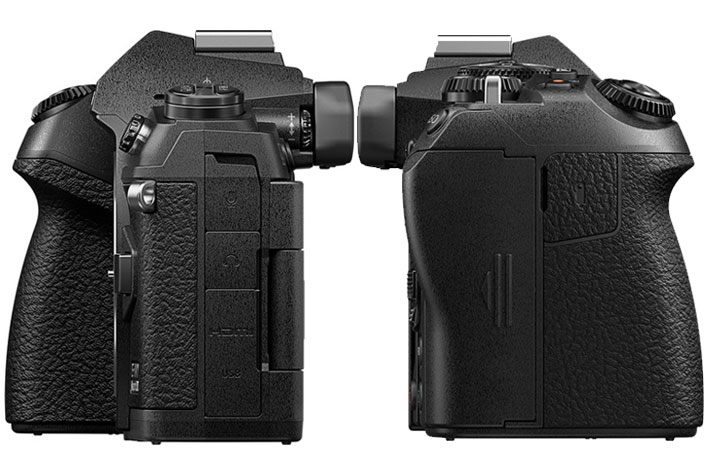 Pairing the high-res audio Linear PCM Recorder LS-P4 with an external mic/recorder enables more versatile recording of high-resolution audio for videos. This setup supports, according to the company, high-quality audio recording for video production, such as placing the LS-P4 near the subject, or switching the mic direction and zooming in on the sound source. With the new firmware Version 1.10 for the LS-P4, being released at the same time as the OM-D E-M1 Mark III, Slate Tone function, which is useful for editing sound files and Test Tone will also support adjusting the recording level, have been added, as well as supporting accessories, Shock Mount Adapter SM2 and Audio Cable KA335.

Olympus users who love the OM-D family for its portability and in-body 5-axis image stabilization will be able to... 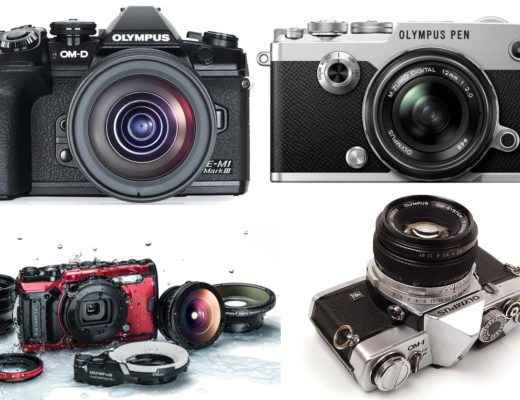 “Olympus to Exit Camera Business After 84 Years” is how the Wall Street Journal  titled the news about Olympus... 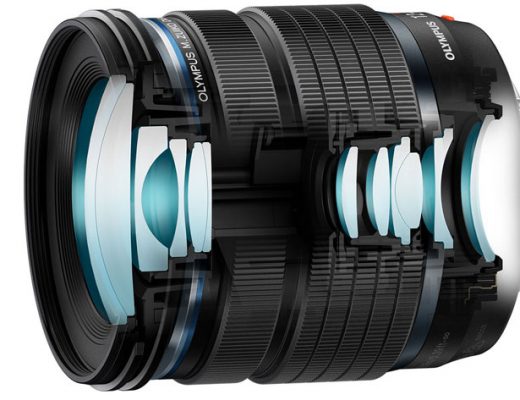 Olympus announced the ultimate compact, lightweight, high-resolution M.Zuiko Pro lens, a 12-45mm or 24-90 35mm equivalent which is a...