OM Digital Solutions announced the OM SYSTEM OM-1, a Micro Four Thirds camera with an “old” 20MP sensor for those who prefer a compact, lightweight design for superior mobility, with high image quality. 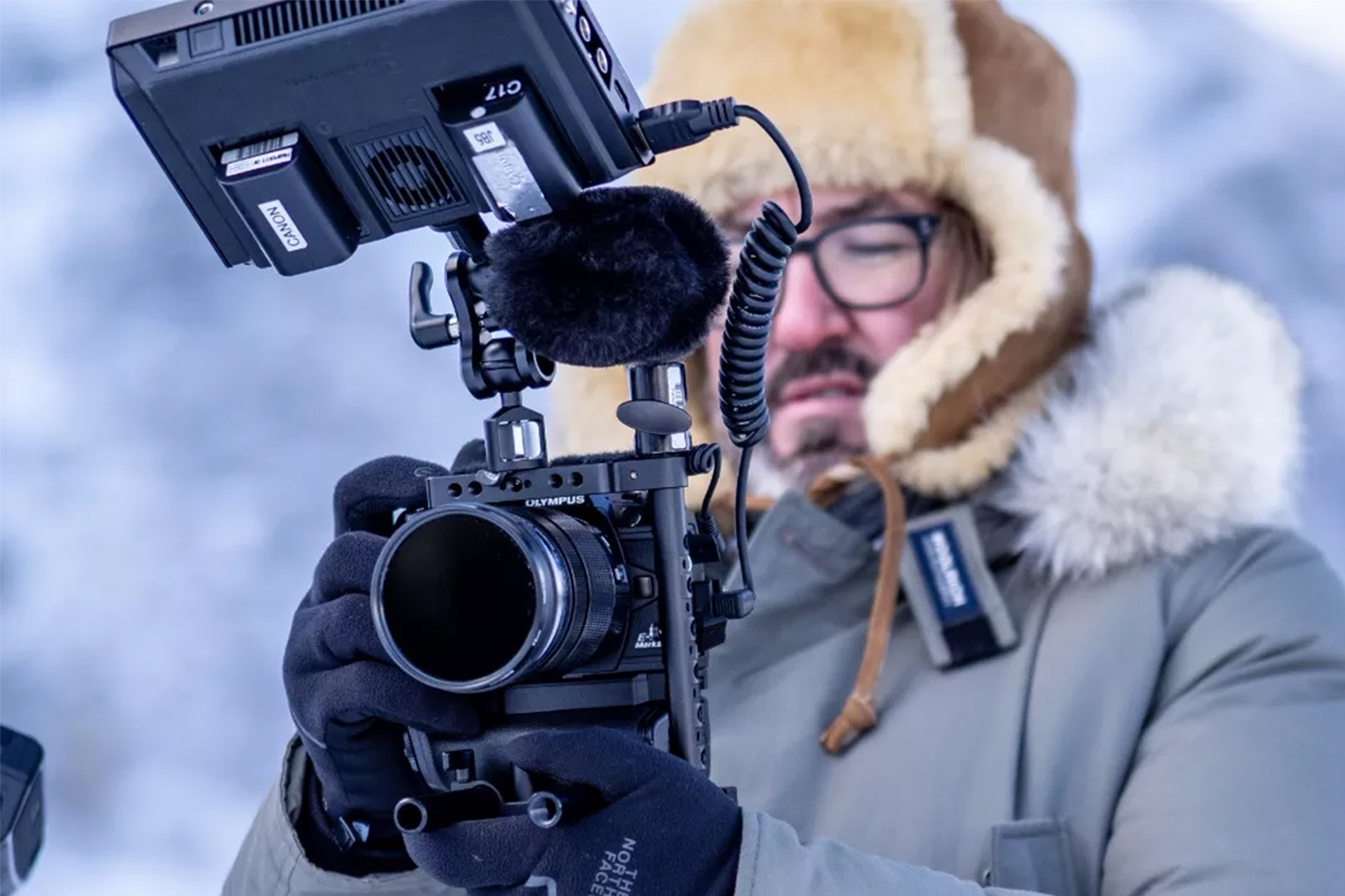 Computational photography, which we’ve seen growing with smartphones, is present inside the new Olympus camera, which has a new name, new owner and can create huge 80 Megapixel images.

Although Olympus has sold its photography business, the OM brand is not dead, and the new OM SYSTEM OM-1 (which still has the name Olympus on the pentaprism bump, fortunately) camera is a sign of the new things the new owner, OM Digital Solutions, has to offer photographers. While some will complain that it’s still an “old” 20MP sensor, there is nothing “old” about the new 20 Megapixel Stacked BSI Live MOS sensor, which is paired with the latest TruePic X image processor, which is three times faster than previous models.

OM Digital Solutions says this combination allows the OM SYSTEM OM-1 to deliver high image quality that goes beyond the expectations of the sensor size. Furthermore, the company says that “not only does it take full advantage of high-resolution M.Zuiko Digital lens performance, delivering our highest ever resolution, but new noise processing technology increases the maximum normal sensitivity to ISO 25600, and an expanded maximum sensitivity to ISO 102400. Furthermore, the dynamic range has been improved thanks to the latest image processing technology. These improvements deliver a richer range of tonal expressions than ever before, from shadows to highlights.”

The high-performance image stabilization in the OM SYSTEM OM-1 delivers up to 8.0 steps of compensation with 5-axis sync IS, and up to 7 steps with the body alone, according to OM Digital Solutions, while the new Handheld Assist feature makes it easy to capture slow shutter speed effects that previously required a tripod, again according to the company. While I believe leaving your tripod home may not be the best idea if you’re into things like landscape photography, there is no doubt that the compact and lightweight system represents a tempting solution for those who want to travel light and still be able to shoot good quality images or video. 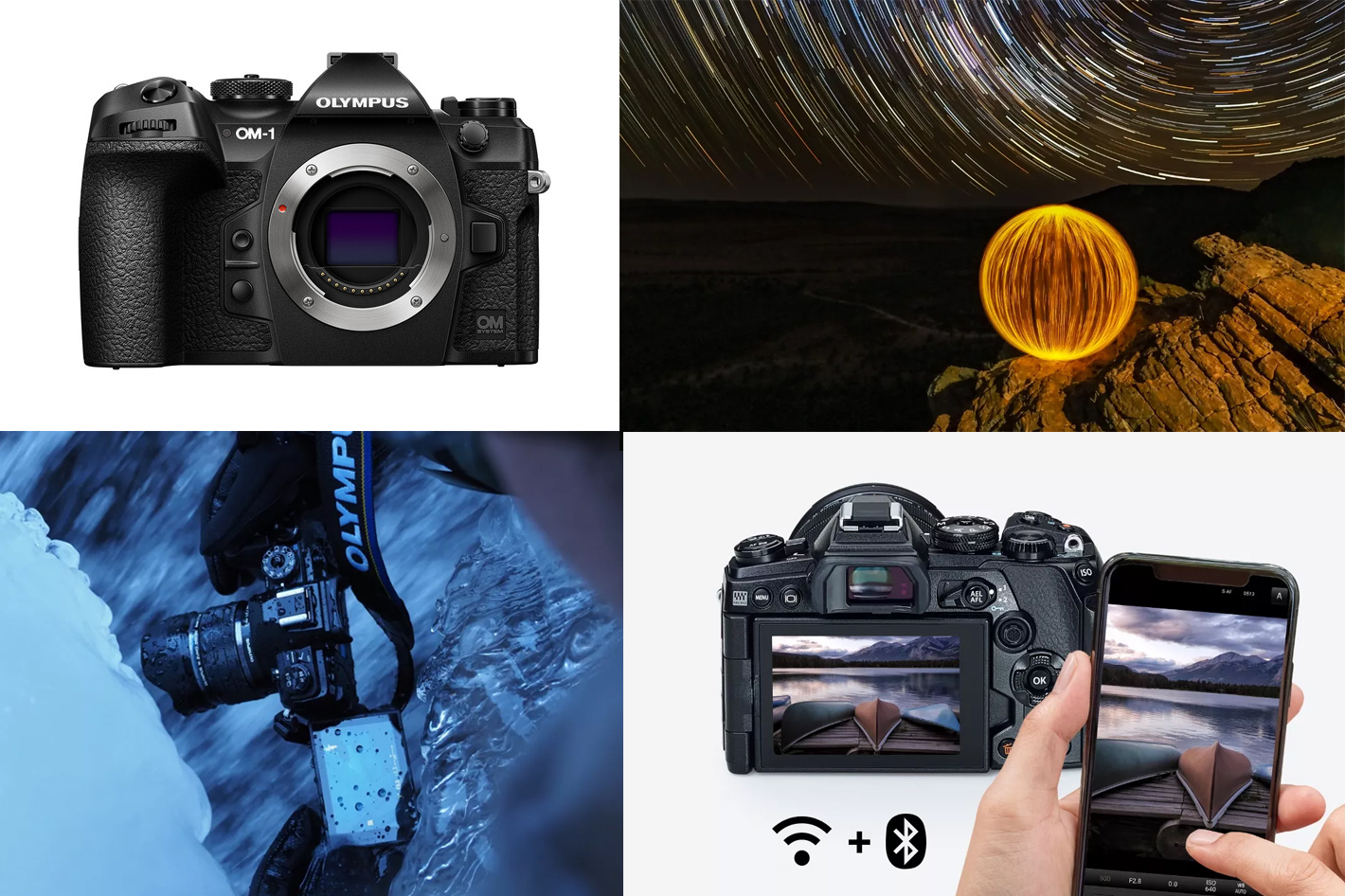 The OM SYSTEM OM-1 is, “the culmination of new devices and cutting-edge digital technologies, delivering high image quality that goes beyond the expectation of the sensor size” says OM Digital Solutions, adding that “it also features autofocus and sequential shooting performance that far surpasses conventional models, and dramatically improves basic performance. Computational photography technology has been incorporated, empowering the photographer to utilize such features as Live Composite and High Res Shot mode, without the need for advanced shooting techniques, special equipment, or skills, delivering a rich variety of expressive power for more photographic opportunities than ever before.”

Smartphones are the devices where fast development of computational photography is present now, helping them to close the gap to conventional cameras and even go beyond in some areas. While there is a debate going on about smartphones replacing cameras, I still believe they don’t, for specific areas, from bird photography to motorsports, but the key point to remember is simple: different tools for different needs. One thing is true: the OM-1 uses computational photography functions that empower the photographer to further expand their imaging expressions. Here are some of the options included in the new camera:

In this setting, Lighten Composite is used to add only the brighter sections to the composite image to prevent the common problem of images that are too bright overall when shooting long exposures, resulting in beautiful photos with plenty of variation. This feature is now compatible with image stabilization and can be used during handheld shooting.

This feature alters the focus to capture and composite multiple shots for recording photos that are in focus from the foreground to background. The compositing time has been dramatically reduced for easier use.

Multiple images at differing exposures are merged to create one shot with a wide dynamic range, including highlights and shadows. 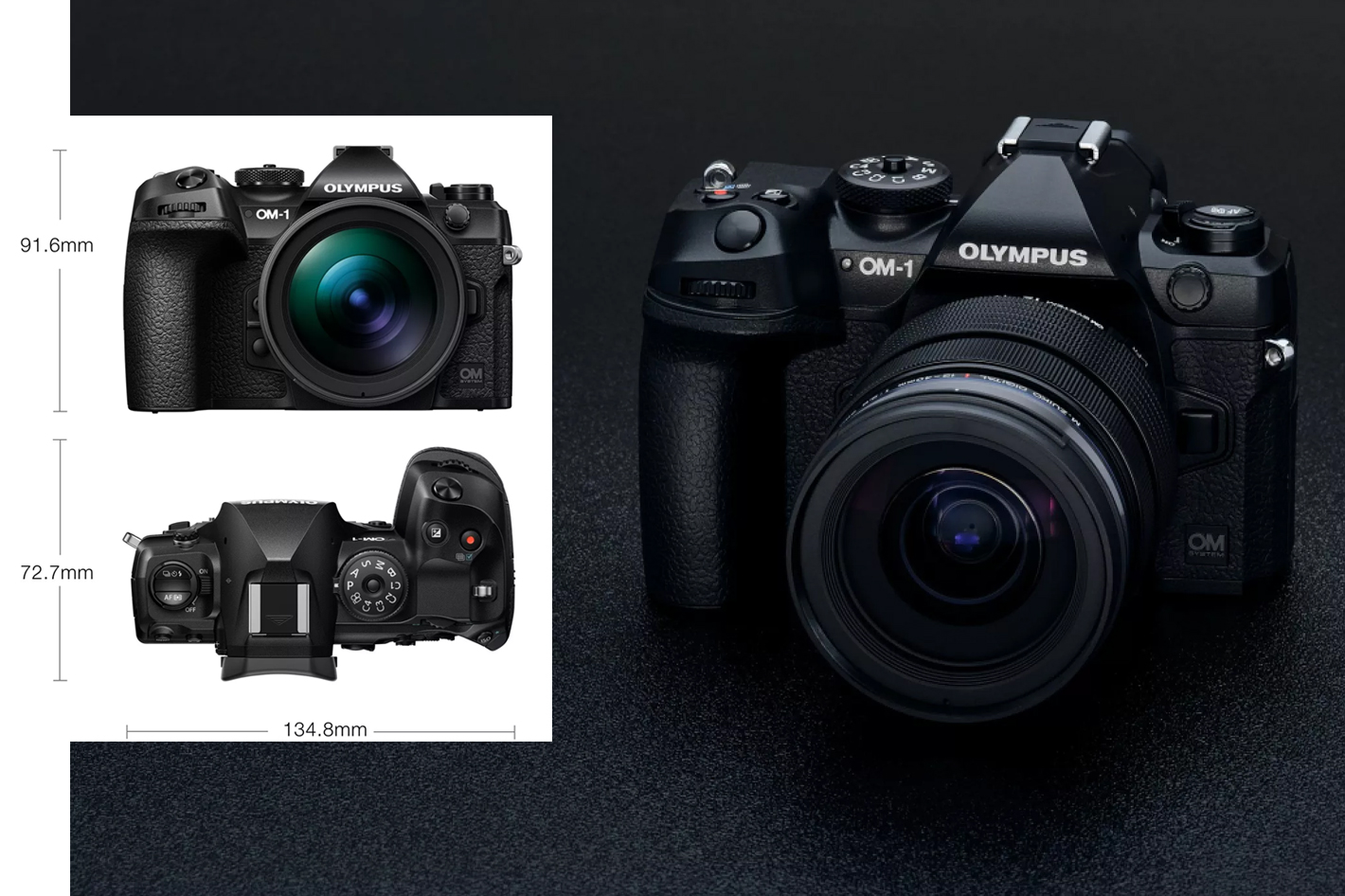 The high-speed calculation capabilities of the new TruePic X processor and the new AF algorithm enable high-speed, high precision focusing on the subject no matter where it is in the frame. Furthermore, this model is equipped with AI Detection AF, which was developed using deep learning technology. In addition to greater than ever high-speed, high-precision subject recognition and tracking, this model can recognize formula cars, motorcycles, airplanes, helicopters, trains, and birds, as well as animals (dogs and cats). In addition to C-AF, this functionality is also supported with S-AF for shooting a wider variety of scenes. The detection precision, tracking performance, and responsiveness of Face Priority/Eye Priority AF have been improved significantly.” 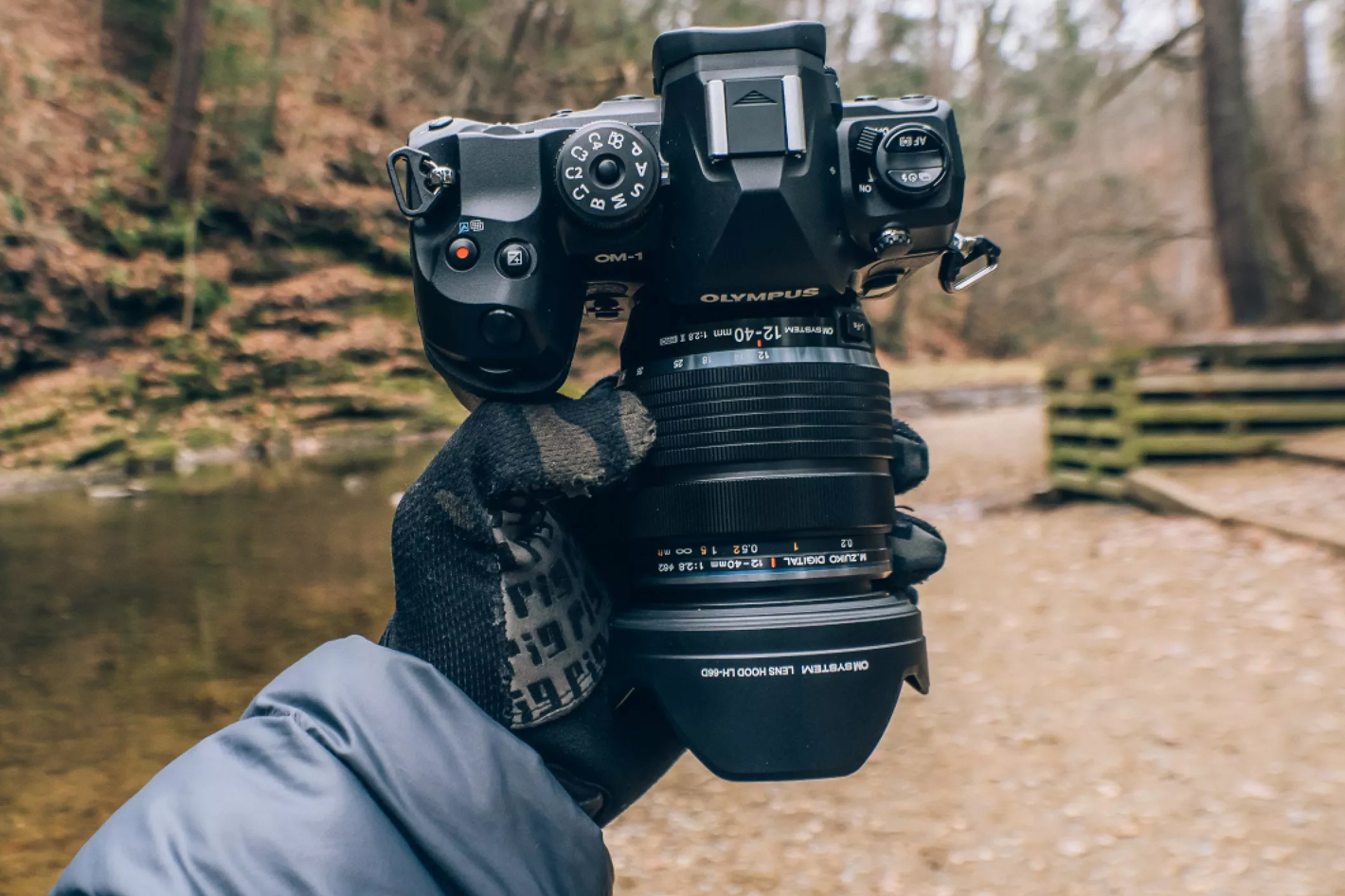 Video creators were not forgotten, and the OM SYSTEM OM-1 offers enhanced video functions. Stable handheld video recording is possible thanks to a compact, lightweight body and industry-leading image stabilization. Creative video functions include 4K 60p for smooth, high-definition videos, and high-speed movie with Full HD videos at a maximum 240p. The camera also supports H.264 (8bit), H.265 (10bit), and Multi Frame Rate for recording video clips over 30 minutes in length. In addition to RAW data output up to 12 bit 4:4:4 to external devices for advanced post-production tasks, the OM SYSTEM OM-1 supports OM-Log for a greater level of freedom over imaging expressions thanks to color grading, which allows users to capture highlights and shadows without overexposing or underexposing shots. The new HLG (Hybrid Log Gamma) video picture mode has been added for easier HDR video recording.

Other features of the new OM SYSTEM OM-1 Micro Four Thirds camera include:

The OM SYSTEM OM-1 camera (body only) will be available early March 2022, with a price of $2,199.99 USD, or $2,799.99 USD for the kit with the M.Zuiko Digital ED 12-40mm F2.8 PRO II. While this may not be the camera that will make Canon, Nikon or Sony shooters jump ship, it’s a good option for Olympus shooters looking for a new, more modern camera, and a good sign for a brand that has been through some rough times.