With the new EOS RP mirrorless Canon seems to want to repeat the success the EOS 300D had 15 years ago. The EOS RP is Canon’s lightest and most affordable full frame mirrorless. 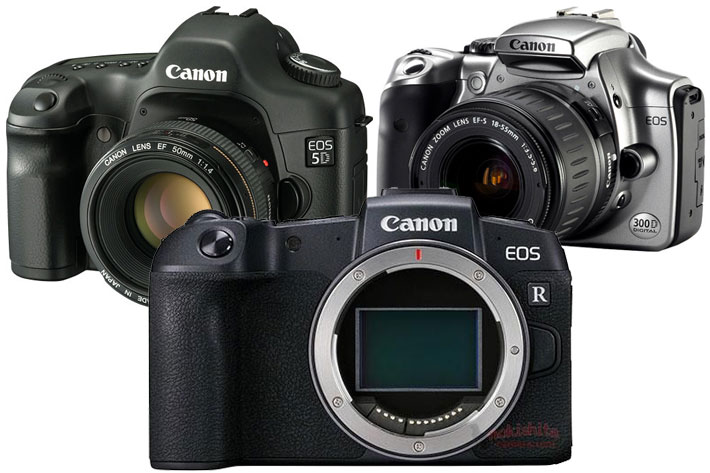 With 4K at 25fps, Movie Servo AF and HDR movies, the new Canon EOS RP, not yet officially announced, is said to offer everyone access to the world of mirrorless full frame, at a price under $1500.

Canon’s official announcement is due on February 14, but the cat is out of the bag, and almost every aspect of the new EOS RP camera is known and being widely discussed online. It’s difficult to not comment on what the new model offers, and compare what Canon is about to do with what the company did in the past. Despite the fact that many suggest this is another misstep for the company, sales numbers do suggest that Canon, in the long run, does know its market.

The EOS RP, the third full frame mirrorless from the company, will have a price that, according to rumors, can go anywhere from $1000 up to $1500. While many will discuss the merits of the camera, based on what is known, from where I see it Canon is trying to do with the EOS RP the same it did in 2003 with the EOS 300D. The camera was a milestone, as the first digital reflex under $1000 ($899 body only); and in 2005 with the EOS 5D, Canon had another milestone, with the first full frame DSLR with a standard body size, which, at the time, set a new low price point for this type of camera, costing $3299 (body only). 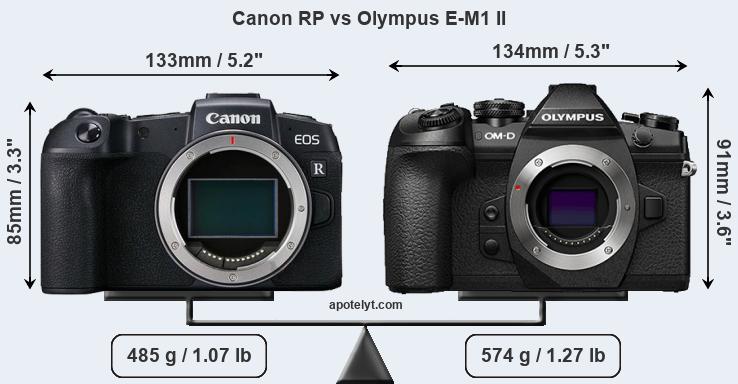 Prices may be different now, but having a model that offers “mirrorless” and “full frame” in the same package for, some say, $1399 (body only), will, no doubt, make many people think about going for a format that gives them something that seemed not viable for many: a path back to the 35mm size that the industry adopted as a standard for many years and was, somehow, lost with digital. With a EOS RP at this price, I believe people will think twice before committing to Micro Four Thirds or even APS-C models. After all, the market seems to continue to want more pixels and bigger sensors.

Before I continue, let’s look at one aspect of the new camera: its size. The numbers are out, and the dimensions have been compared with every other model available, so it’s no secret: the EOS RP is Canon’s lightest full frame mirrorless with interchangeable lens camera, but it is also, I dare say, the lightest and, apparently, most compact model around. This leads, me, again, to compare the full frame size with what Micro Four Thirds offers, and the numbers don’t lie: the full frame EOS RP is smaller than the MFT Olympus E-M1 II. I’ve written before about the disparity in camera size and sensor size, so please check my previous article. 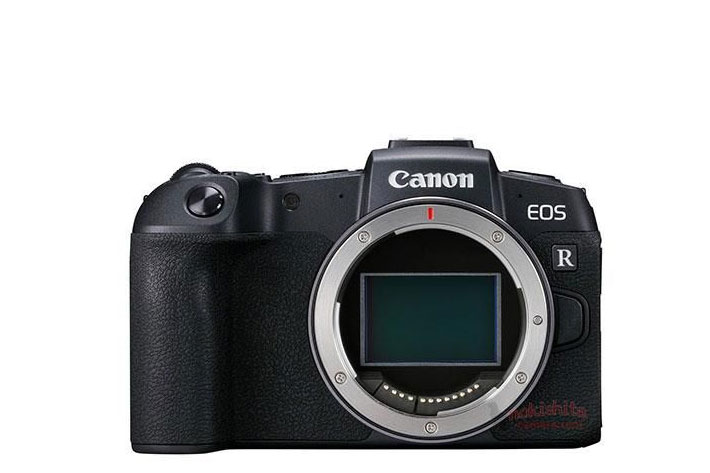 As usual, all the leaks come to the market through the website Nokishita. The website APOTELYT.COM has compared the camera with different models, so please follow the link to check this yourself. The Canon EOS RP is not only a compact mirrorless, it’s also, at 485g (with battery and memory card, 440g body only) the lightest model of this type launched by Canon, and probably, the lightest, compact and most affordable full frame mirrorless interchangeable lens camera launched to date. 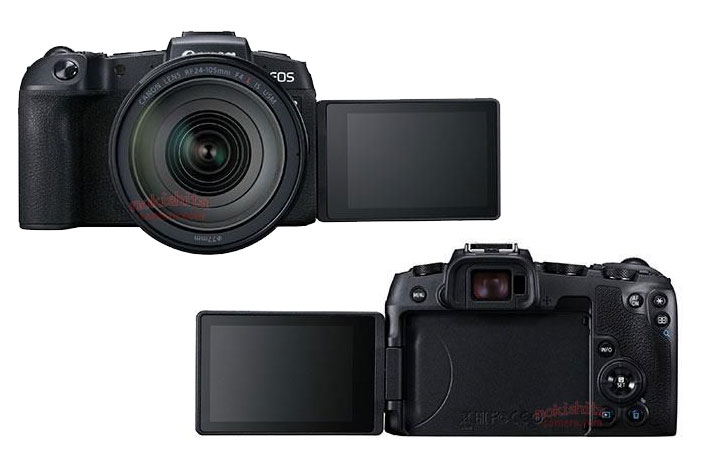 “Who is this camera for?” many ask, but the question should probably be “what is this camera for?”. I believe Canon wants to grab a bigger share of the market, and that makes complete sense  if you look at recent numbers: Canon and Nikon have taken a slice of what was Sony’s almost undisputed market in the few weeks since the Nikon Z and Canon R models were announced. Lowering prices to make the new system more accessible attracts people (probably owners of old APS-C EOS DSLRs), and that’s a card that Canon seems to be playing. The EOS RP may not be the most powerful camera in terms of specifications, but it may become as popular as the EOS 300D was on its day, or, to a certain extent, the EOS 5D when it was launched. So, maybe the P in the name stands for… Popular? 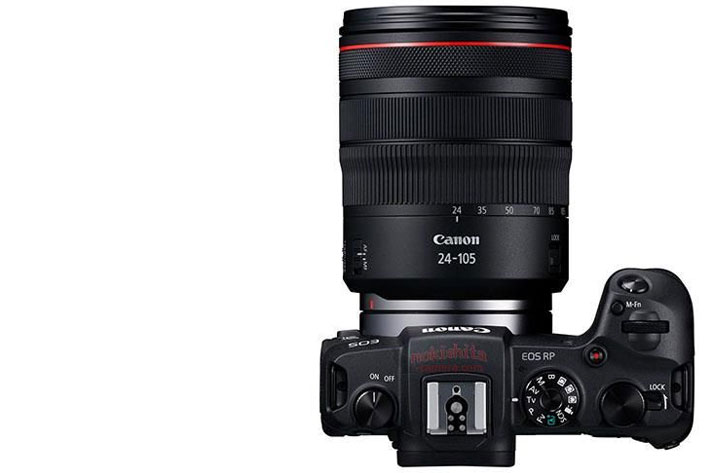 Technically, following the specs available, the EOS RP may look like a EOS 6D Mark II made mirrorless. It’s more than that, though, as the camera, video wise, will offer 4K at 25 fps while the EOS 6D Mark II was limited to Full HD at 60 fps. The sensor is also similar, but the difference, 26.2MP versus 26 MP is probably an indication of a new sensor.  The RP also has a shutter speed of 1/8000 against 1/4000 on the EOS 6D Mark II. Surprisingly, because mirrorless was supposed to allow for faster fps, the EOS RP does 5 fps against 6.5 on the DSLR. 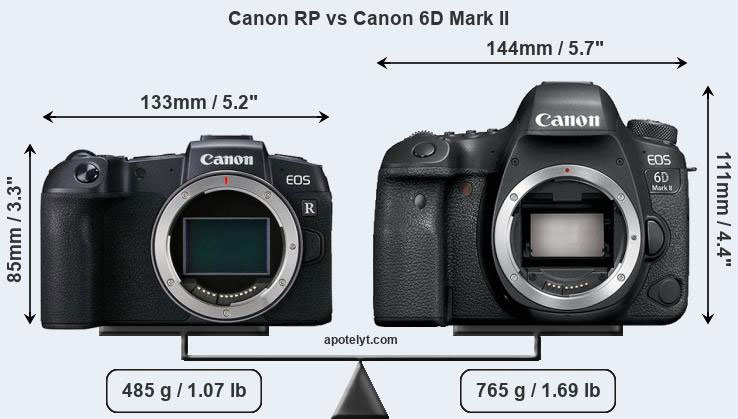 This may be an entry level camera for full frame mirrorless, but the images and info available now indicate that in terms of video the EOS RP offers things like microphone and headphone jacks already present on the EOS R, meaning users will be able to monitor audio in real time. The EOS 6D Mark II did not have a headphone port. HDMI mini and USB 3.1 (2.0 on the 6D Mark II) are present, along with WiFi and Bluetooth, but no NFC connection, similarly to the EOS R.

As usual for Canon, the camera has a Vari-Angle touch screen and comes with Dual Pixel CMOS AF and Canon’s Movie Digital IS, which provides 5-axis movie stabilization. No IBIS, I am afraid! The usual 4K time-lapse and interval timer as well as Movie Servo AF and HDR movies are expected, but 4K video will use a crop of 1.56x of the sensor, according to the information available. 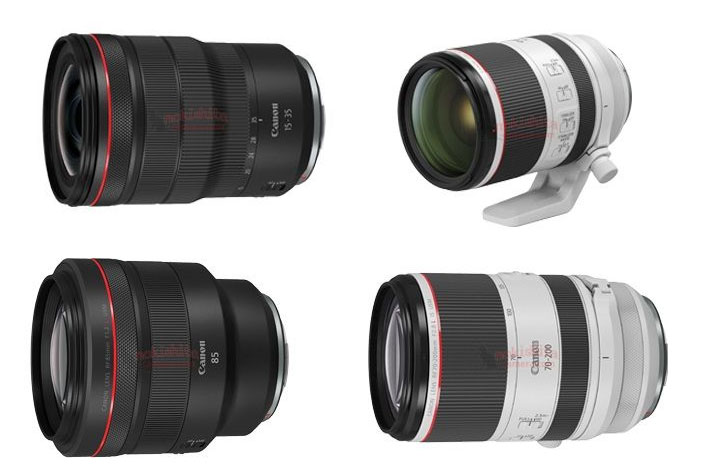 Dual Pixel CMOS AF and 4K in the same camera is good for marketing, but there is no confirmation that  4K video and Dual Pixel CMOS AF will work together on the EOS RP, or if the camera will revert to Contrast AF at a higher resolution, as Canon did for the EOS-M50 mirrorless. It’s not a technical limitation but a marketing decision, as suggested by Canon managers during an interview published by DPReview. It was said, then, this:

“With the EOS 5D Mark IV, we do offer 4K video and Dual Pixel CMOS autofocus, so technically it is feasible. But given the position of the M50 in the lineup, we can’t include all of the features available in a product like the 5D IV. Given the position of the product, we wanted to achieve the optimal balance [of features] in a camera in that range. We’ve optimized the M50 as best we can [for its market position], and within those parameters, the combination of 4K video and Dual Pixel CMOS autofocus was not possible.”

A DIGIC 8 processor, ISO sensitivity from 100 to 40000 (expandable to ISO 50, 51200 and 102400), a OLED EVF,  DLO (Digital Lens Optimiser)  in camera, RAW development in camera, C-RAW compatible are also specs of a model using a lightweight body with magnesium alloy chassis to which, according to rumors, it will be possible to add the Extension Grip EG-E1, which is a 1cm thick “plate” to be installed under the camera. It provides a better grip to hold the camera and, apparently, does not stop users from being able to remove either the battery or memory card.

Another lens revealed, the Canon RF 24-240mm f/4-6.3 IS USM, seems more adequate to the EOS RP, as a good travel companion for photographers and videographers. It reminds me, to a certain extent, of the old, white, not very popular Canon EF 28 – 300mm f3.5-5.6L IS which I used for a while, to photograph aerobatic shows, many years ago. It’s a different lens, but it’s an interesting solution to pair with the EOS RP, as it could become the only lens many users will have on their camera. If Canon manages to offer a kit with this lens at a competitive price, they may have paved the way for the EOS RP to be as popular as the EOS 300D.

We’ll probably know more on February 14, when the camera and lenses are officially announced. 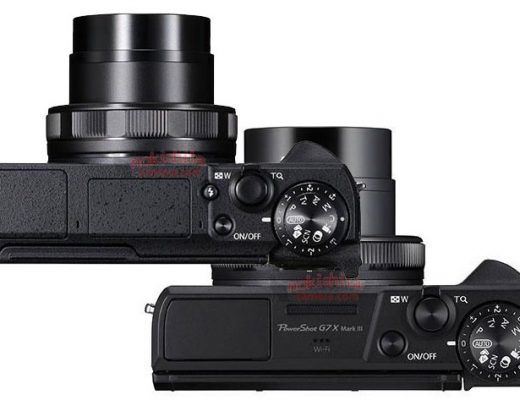 The next cameras in the PowerShot G family represent a new step for Canon. A microphone input on the...