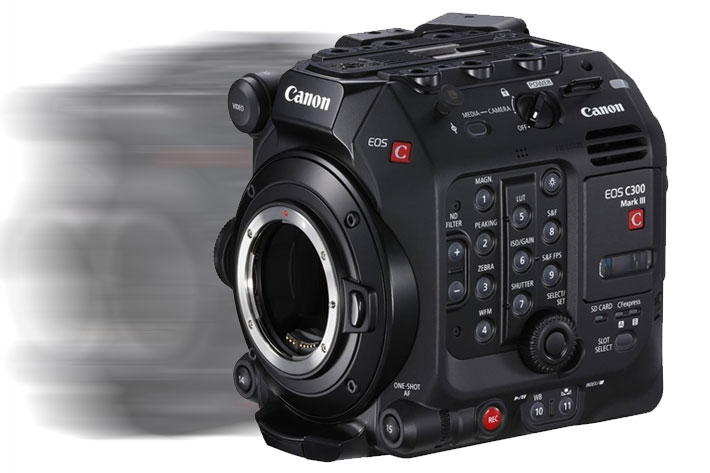 Designed as a direct response to industry demands, the Canon EOS C300 Mark III inherits the modularity introduced with the EOS C500 Mark II launched last year, but is a departure of the classic sensor solutions from Canon, as it introduces a innovative DGO or Dual Gain Output sensor, a newly developed imaging system that offers, says Canon, “exceptionally clean low light picture quality as well as superb HDR acquisition capabilities – with the EOS C300 Mark III, professionals can capture stunning HDR like never before.”

With the launch of the EOS C300 Mark III and a new a broadcast/cinema hybrid CINE-SERVO lens, Canon affirms its commitment to the cinema and broadcast industry, providing it with innovative and versatile products that push creative boundaries and meet multiple production requirements. Along with these new products Canon also announces announces two firmware updates for its professional display monitors and Cinema EOS System cameras. 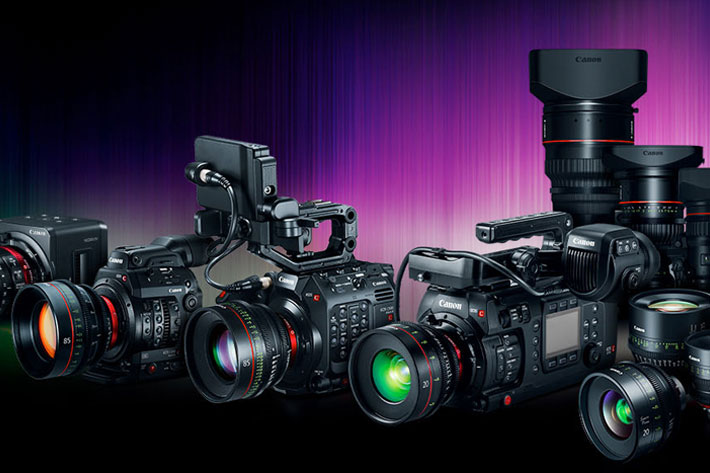 Taking Canon’s Cinema EOS System to the next level

These new products, which under normal circumstances would have been highlights of Canon’s stand at NAB 2020, have been announced during a virtual conference held by Canon today, confirming rumors published previously and an unexpected leak hours before the official announcement. During the presentation Canon also revealed more features of the mirrorless EOS R5, presented as a good companion for the C300 Mark III in  high-end productions, and a compact and lightweight CJ18EX7.6B, a new addition to Canon’s powerful 2/3” 4K broadcast lens series. 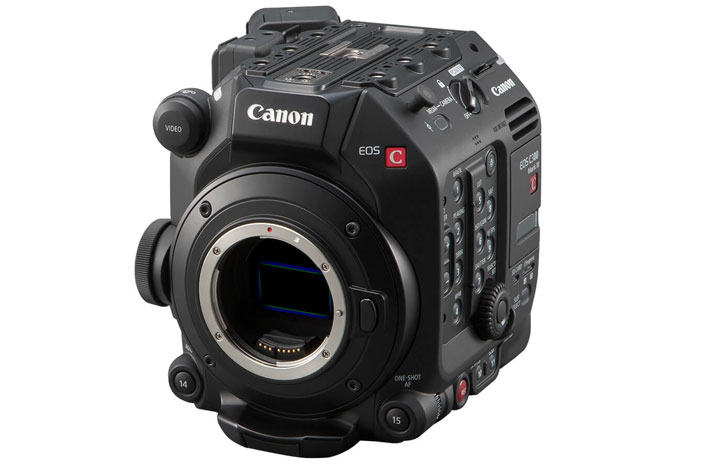 The EOS C300 Mark III is the first of Canon’s cameras to boast its DGO sensor, a newly developed imaging system that offers, Canon claims, “exceptionally clean low light picture quality as well as outstanding HDR acquisition capabilities” never seen before. Each pixel on the sensor, says the company, is read out with two different amplification levels – one high and one low – which is then be combined to make a single image.

The higher amplification read out on the DGO sensor is optimised to capture clean details in darker areas, while the lower amplification read out is optimised to capture details in brighter areas. When combined, at pixel-level accuracy, the details and the qualities on the highlight and low light areas of the image are maintained and enhanced – enabling professionals to achieve impressive higher dynamic range of up to 16+ stops. What’s more, the DGO sensor is also compatible with Dual Pixel CMOS AF giving professionals greater creative freedom. 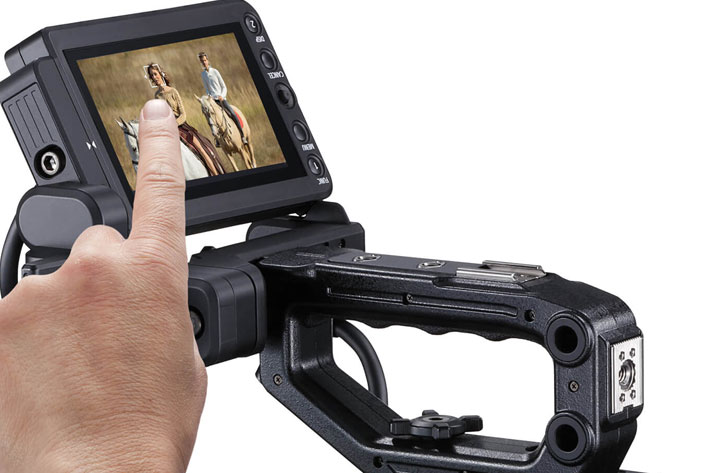 The versatile multi-recording format ability of the EOS C300 Mark III provides workflow efficiency to fulfill multiple production requirements across broadcast and cinema. The camera’s ability to internally record 4K Cinema RAW Light provides all the benefits of a RAW file in terms of flexibility in post-production, but in a smaller file size – easing the burden and cost that can come with large file sizes. In addition to this, the EOS C300 Mark III can record internally in Canon XF-AVC at 4K DCI and UHD at 4:2:2 10-bit, as well as 2K and Full HD.

For non-RAW recording in XF-AVC, professionals can select ALL-I or Long GOP to film with high compression for efficient workflow and longer recording times. When recording 2K or Full HD in Super 35mm, footage boasts the 4K sensor’s full capabilities. This recording is downsampled internally to record the footage at the resolution selected by the user – providing higher image quality and uncompromised field of view of the selected lens thanks to no cropping of the sensor. 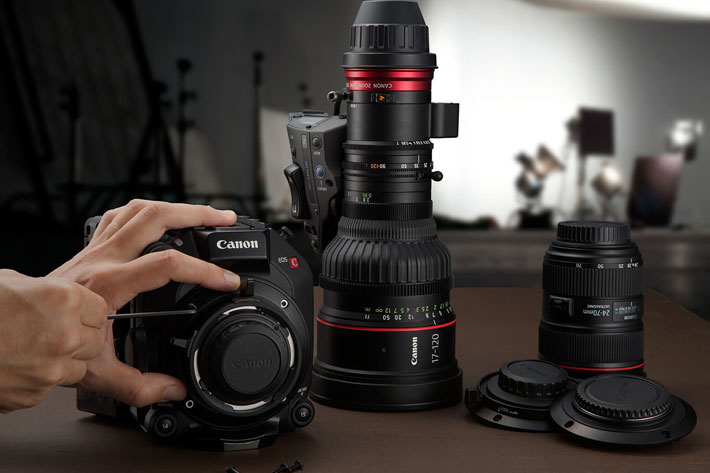 Professionals can configure the camera using two different optional Expansion Units (EU-V1 and EU-V2) – both which add extra connection terminals to the camera body and expand the camera’s compatibility with various styles of shooting. Additionally, the lens mount can be changed between EF, PL and EF Cinema Lock mounts without the need to send the camera to an Authorised Service Centre – a huge benefit for professionals looking to create productions with various looks.

The new DGO sensor that enhances HDR output exceeding 16-stops of dynamic range, configurable design – similar to that of the EOS C500 Mark II launched last year – and ability to record up to 120fps in 4K Cinema RAW Light or XF-AVC  – make the camera a tool suitable for various productions. Its features make the EOS C300 Mark III the perfect choice for those looking to produce everything from documentaries and commercials to corporate videos and dramas.

Here are some of the EOS C300 Mark III key features: 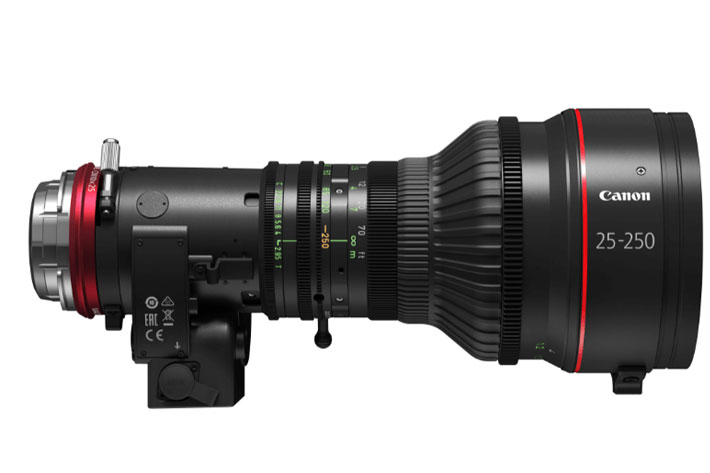 Canon states that with the outstanding optics and compact and lightweight design, the versatile 4K and 8K-capable CN10X25 IAS S CINE-SERVO lens meets multiple production needs. Thanks to its wide focal length range, ability to be configured for both broadcast and cinema productions, and compatibility with Super 35mm and Full Frame sensor cameras – it’s ideal for professionals looking to filming high-quality productions across a wide range of genres such as drama, commercials, sports and documentary. For these reasons, this hybrid lens makes a great pairing with the likes of the new EOS C300 Mark III. 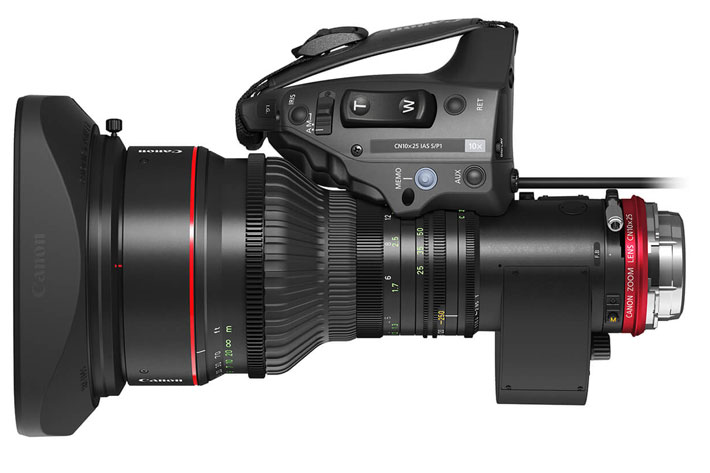 Expand the focal length to 375mm

With its 11-blade aperture, a soft and subject popping bokeh is achieved with warm colour tones for superior image quality and cinematic rendering, claims the company. When used with Canon’s Cinema EOS System cameras, including the EOS C300 Mark III, the lens offers top image quality, operability and reliability the industry is looking for. Able to produce optically excellent, ‘cinematic’ images that are sharp from centre to outer edges, the power zoom lens can handle a large range of shooting situations from 25mm wide angle, to 250mm telephoto.

It does not stop there, though! In fact, this range can be pushed to an impressive 375mm with the built-in 1.5x optical extender allowing professionals to capture exceptional quality close-up content of breathtaking moments happening in distance. What’s more, with the built-in extender it is possible to enlarge the image size of the lens to make it compatible with 35mm Full Frame sensor cameras – such as Canon’s EOS C500 Mark II – a great advantage that pushes the capability of the lens. This gives professionals the ability to handle a range of filming situations with just one lens and camera. 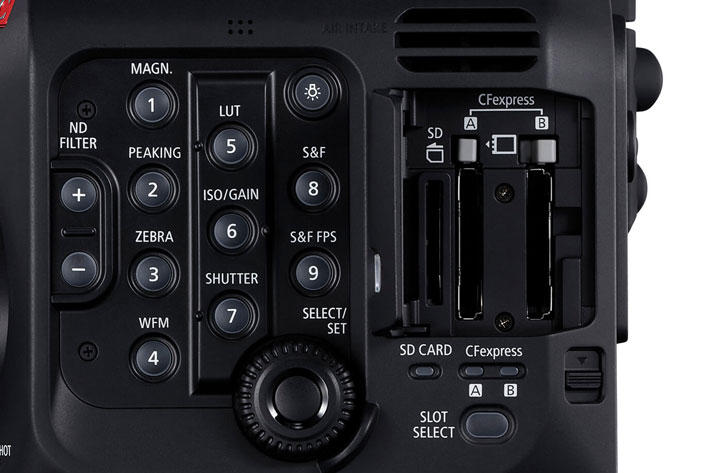 The ergonomic drive unit of the CN10X25 IAS S is detachable, suiting a multitude of broadcast and cinema production requirements. Its lens mount can also be interchanged between EF and PL mount providing even greater value and flexibility to professionals. Although many believe that a RF mount will eventually be used in the Cinema EOS System, the next generation camera EOS C300 Mark III is still using the traditional mounts.

If Canon moves towards a RF mount for its cinema cameras, it may happen in a yet to come new EOS C100, which would make sense, as it is a entry-level model that could appeal to owners of the EOS R cameras wanting to move from stills to a real moving images solution. It remains to be seen if the new EOS R5 fits “like a glove” the idea of a entry-level cinema camera so well that the introduction of a new C100 becomes nonsensical. Only time will tell…

The CN10X25 IAS S is compliant with a wide range of communication standards supporting EF communication with EF mount and Cooke/i Technology with PL mount, provides additional support and functionality which is hugely beneficial for those looking for a high-quality lens suitable for various productions. A 12-pin serial communication is also supported for broadcast standards, as well as a 20-pin connector which outputs accurate lens positional data for various virtual systems.

Also today, Canon announced a firmware update for its Cinema EOS System cameras. Among the 17 updates in total are the following:

Simultaneous HDMI and SDI output with the EOS C200 – increasing the flexibility of the camera. As a result, professionals can use two output terminals for different purposes such as adding a recorder and a reference monitor while also recording internally. 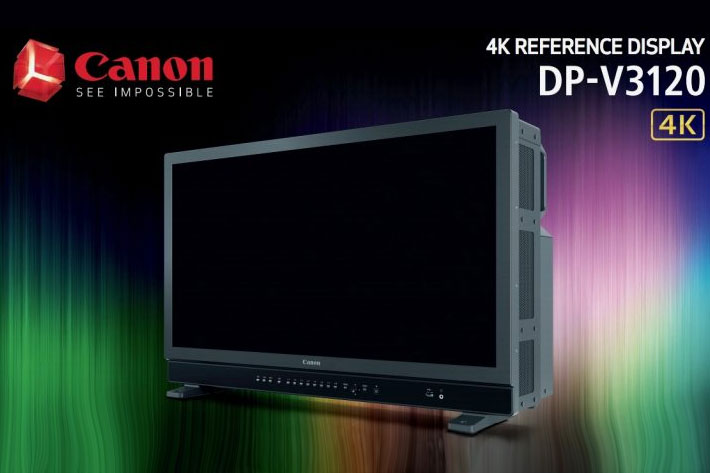