The next evolution of the DSMC3 camera system from RED DIGITAL CINEMA is here: meet the new V-RAPTOR XL 8K VV. 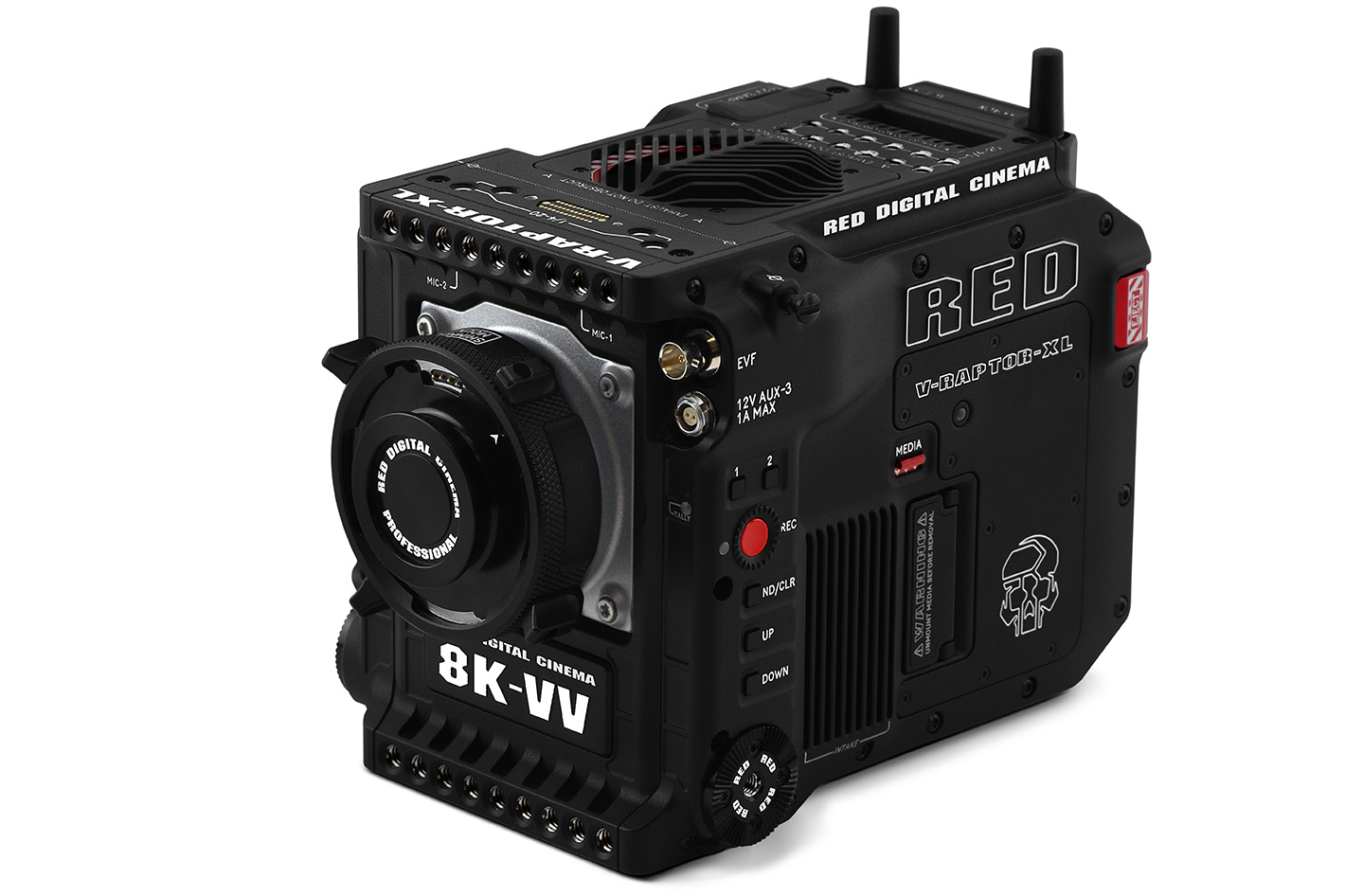 The V-RAPTOR XL features the same groundbreaking multi-format 8K sensor found inside the compact and modular V-RAPTOR body, allowing filmmakers to shoot 8K large format or 6K S35. Shooters have the ability to always capture at over 4K, even when paired with S35 lenses. The sensor boasts the highest recorded dynamic range and cleanest shadow performance of any RED camera. The V-RAPTOR sensor scan time is 2x faster than any previous RED camera and lets users capture up to 600 fps at 2K. 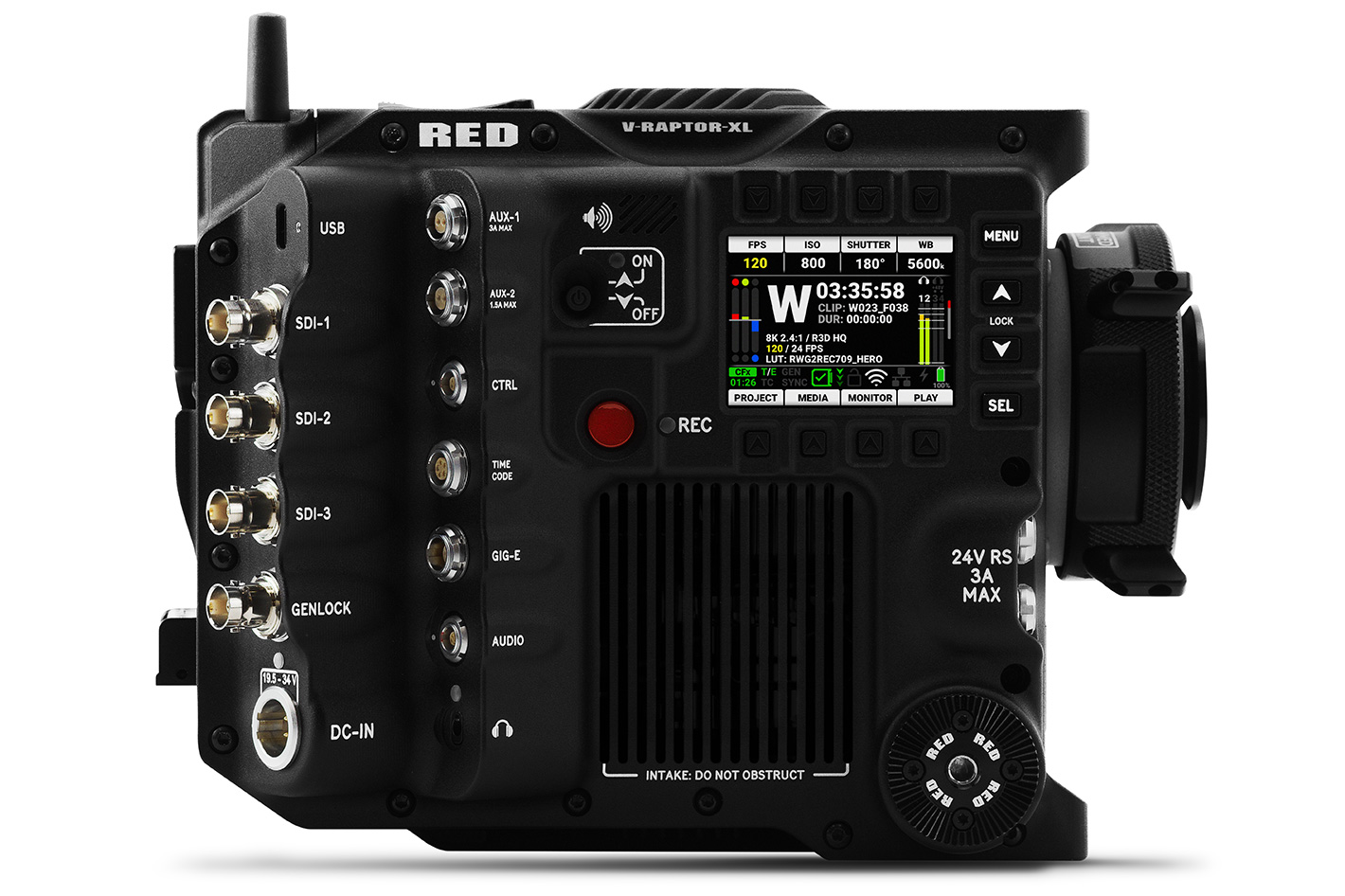 The new XL system features an internal electronic ND system of 2 to 7 stops with precision control of 1/3 or 1/4 stop increments. It has dual-power options with both 14V and 26V battery compatibility, an interchangeable lens mount, wireless timecode, genlock, and camera control for remote and virtual production readiness. The XL incorporates a fully robust and integrated professional I/O array with front-facing 3G-SDI, 2-Pin 12V and 3-Pin 24V auxiliary power outputs, and a GIG-E connector for camera control and PTP synchronization. The unified XL system packs all of the above into a 7.5”x 6.5” body, weighing just under 8 pounds.

“The XL is one of the most innovative cameras we’ve launched, and I’m excited to get it into filmmakers’ hands,” says Jarred Land, RED Digital Cinema president. “The XL builds off our mighty V-RAPTOR and adds more outputs, additional power flexibility and an incredible internal ND system. The entire RED team is so proud of the advancements this brings to cinematographers, and we can’t wait to see what they create.”

Here is some more information as shared by RED DIGITAL CINEMA:

The standalone camera system is available in both V-Lock and Gold Mount options and is priced at $39,500. The pre-bundled and ready-to-shoot Production Pack, also available now, is $49,995. The Production Pack includes:

RED worked closely with industry-leading partners such as Angelbird, Core SWX, and Creative Solutions to produce the purpose-built accessories included in the Production Pack, a majority of which will be available to order individually via RED or any authorized RED dealer. 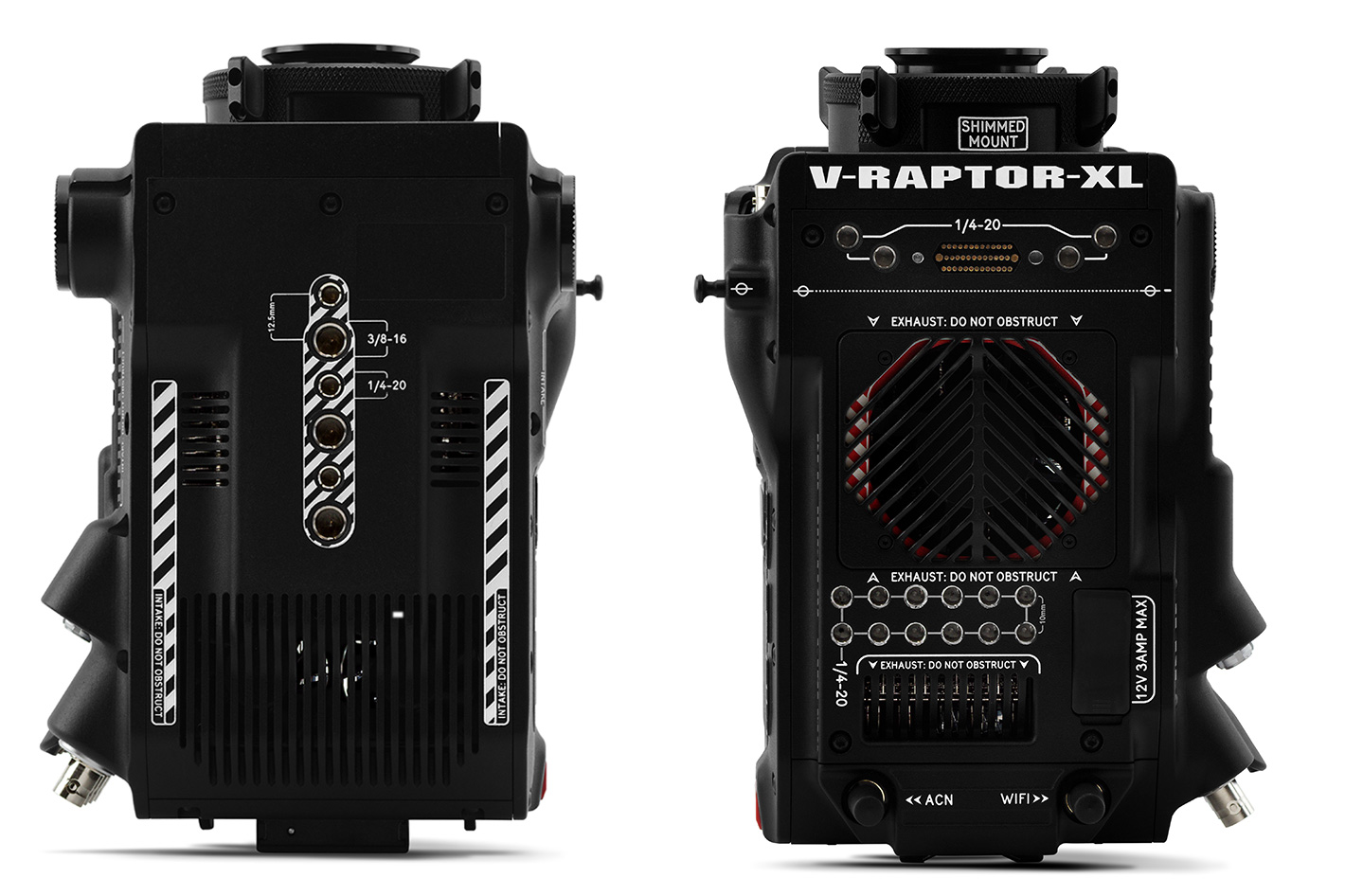 The V-RAPTOR XL has everything we need

Director Zack Snyder, currently shooting his latest film with the V-RAPTOR sensor, got an early look at the new XL system. “The V-RAPTOR XL has everything we need,” notes Snyder. “We already knew the V-RAPTOR sensor produces great images, but with the added features that come with the XL, we’re even more excited. The internal ND system has an amazing benefit to our production methodology. We’re shooting wide open all the time, so that is just vital. The XL is an amazing studio camera. With technology like this, there are no excuses left, now it’s on you.”

“We’re eager for filmmakers and our partners to get the V-RAPTOR XL system and see what it is capable of,” adds RED Executive Vice President Tommy Rios. “This expansion of the V-RAPTOR program, which is already the most powerful and advanced RED camera platform ever, will be available through our network of premium dealers   and at the most recognized rental houses globally. Filmmakers can also purchase V-RAPTOR XL at red.com while being assisted by RED specialists. V-RAPTOR XL is a great addition to our already powerful lineup that includes V-RAPTOR and KOMODO.” 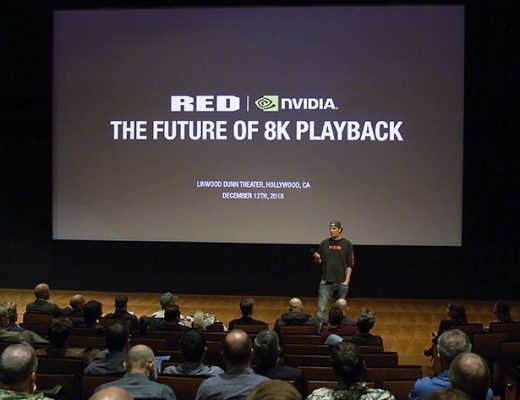 The new Turing architecture from Nvidia, allowing to shift hundreds of trillions of pixels, is the “engine” behind the...