Earlier this year Nvidia and RED Digital Cinema announced they had solved the 8K bottleneck. This month both companies showed in Hollywood how new processors allow for even faster workflows. 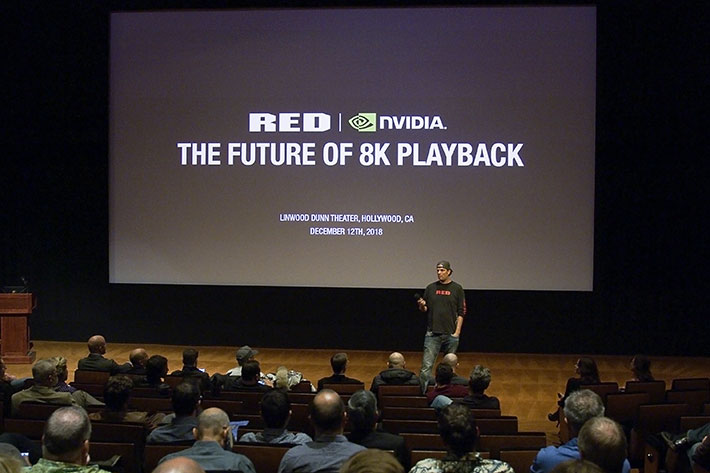 The new Turing architecture from Nvidia, allowing to shift hundreds of trillions of pixels, is the “engine” behind the magic announced by Nvidia and RED. With it creators can edit 8K video in real time.

While many of us are, still, watching TV on a Full HD panel, 8K is already a reality, and the industry believes adoption will accelerate, now that companies start to show their products. With sales of 8K flat panel TVs expected to increase from 0.1 million in 2018 to 5.8 million in 2022, with China leading the way representing more than 60% of the total market during this period, according to a report from DSCC and Insight Media, many in the filming industry believe it is wise to move towards 8K video.

The 8K high resolution is the new frontier for an industry that always wants more, and the cooperation between Nvidia and RED Digital Cinema paved the way for the recent presentation at the historic Linwood Dunn Theater, in Hollywood. In front of leaders from Adobe, Colorfront, HP and others, RED and Nvidia announced an NVIDIA CUDA-accelerated REDCODE RAW decode SDK that gives software developers and studios a powerful new way to work with 8K video. 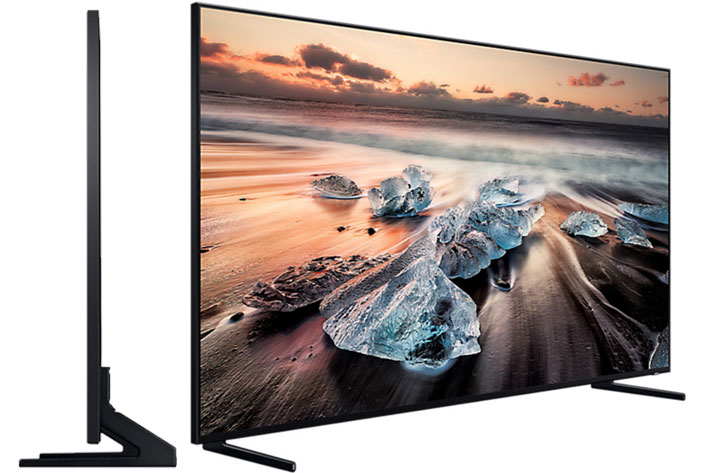 The new Turing architecture from Nvidia makes it possible for video editors and color graders to work with 8K footage in full resolution — in real time — reaching, according to Nvidia, “greater than 24 frames per second using just a single-processor PC with one Quadro RTX GPU.” It means that at less than half the price of CPU-laden workstations, this solution puts 8K within reach for a broad universe of post-production professionals using RED cameras whose content is viewed by millions.

“Our mission is to bring cinema-grade images and performance to content creators everywhere,” said Jarred Land, president of RED Digital Cinema. “RED, Nvidia and our industry partners are leveling the playing field, making the technology for high-resolution processing and image quality accessible to everyone.”

What are the advantages of 8K over a 4K workflow? Well, there are multiple, many of them linked to how the final product will be viewed… although the price of 8K TVs suggests it may be too early to  adopt the resolution. The 85-inch Q900 QLED from Samsung, apparently first TV to reach the market, costs $15,000! Prices will come down, though, and the report mentioned earlier indicates that total manufacturing costs for 8K 65” LCD panels are estimated at $1000 per panel currently and are expected to be reduced to $595 by 2021.  Costs for OLED panels are estimated at $1830 today and the report includes cost estimates in 2021. 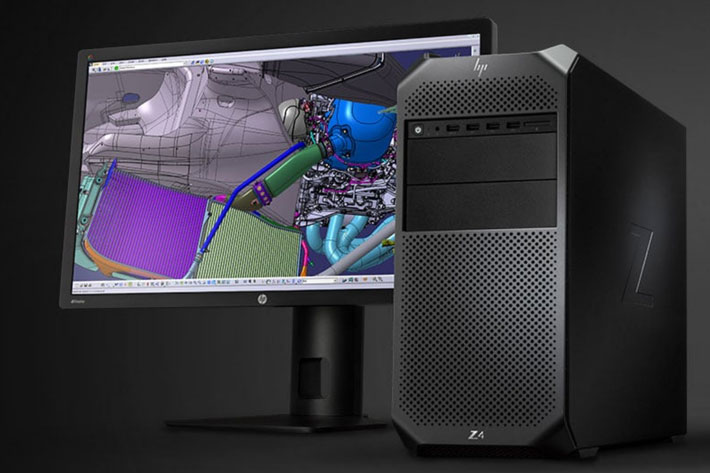 8K and the creative options

Besides the better image quality and technologies associated with it, what else makes 8K important for filmmakers? Well, the exact same thing that made many move from Full HD workflows to 4K: the ability to shoot at higher resolutions, so as to have more creative options at the editing stage. It’s not just the ability to pan and zoom to reframe a shot without losing image quality in the final delivery format, it’s also the extra flexibility for image stabilization. High resolution also provides more detail for tracking or keying, and even if the end result is to be delivered in 4K, the downsampled video can help reduce noise as well as maintain a high level of quality. So, yes, adopting 8K may not necessarily mean shooting to deliver in 8K, but having the tools to execute at higher-resolution.

The transition from HD to 4K workflows was only possible due to the introduction of new GPUs able to do the heavy lifting for 4K, and the same thing happens now, with Nvidia’s Turing architecture giving professionals the means to handle the higher resolution. The fact that 8K is exactly four times the size of 4K makes the operation much simpler. Yet, as 8K production has increased, the need for massive CPU processing power or single-purpose hardware like the RED ROCKET-X puts it beyond reach for most content creators. That’s changing. 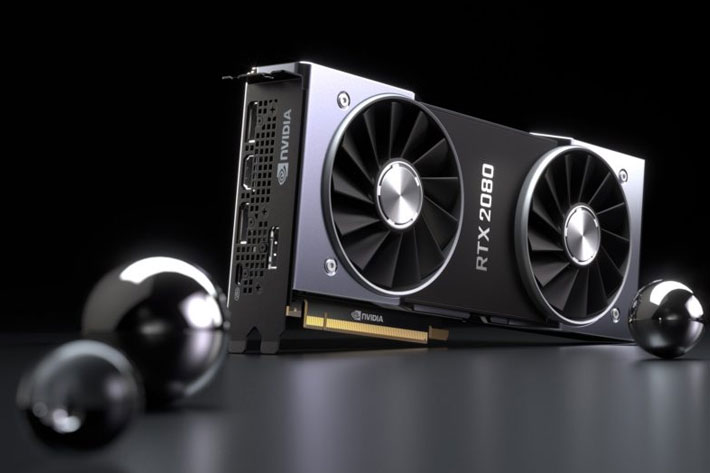 At the recent Nvidia and RED event, the real-time, 24+ frames per second capabilities were demonstrated running on an Nvidia Quadro RTX 6000 GPU to play back, edit and color-grade RAW 8K footage on a system with a single-CPU HP Z4 Workstation — eliminating the need for either a $6,750 RED ROCKET-X or a $20,000 dual-processor workstation.

This 8K performance is also available with Nvidia TITAN RTX or GeForce RTX 2080 Ti GPUs, so editors can choose the right tools for their budget or shooting location. According to Nvidia, its GPUs, “are the only solutions capable of playing RED MONSTRO’s 8192×4320 frames at 24 FPS with no pre-caching or proxy generation. The GPU is processing every frame as it needs it, so jumping around the timeline is quick and responsive, and scrubbing is smooth.”

And the acceleration isn’t limited to 8K — the new SDK runs across a variety of legacy GeForce, TITAN and Quadro desktop and notebook GPUs, benefiting 4K, 5K and 6K workflows as well. 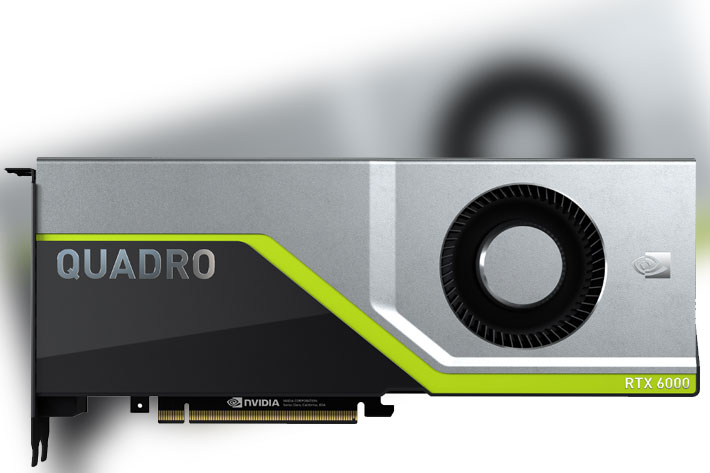 What the professionals say

Colorfront, a pioneer in 8K workflows, was also on-hand to demonstrate faster-than-realtime RAW processing and 8K playback in HDR.

“Colorfront has been shipping 8K-capable systems for several years now and we are delighted to join with RED and Nvidia and other industry leaders to celebrate a faster, more streamlined future for 8K,” said Colorfront managing director Aron Jaszberenyi. “With the new RED SDK allowing wavelet decompression on Nvidia GPUs, Colorfront can do all the RAW processing in GPU and output 8K video (up to 60p) using AJA Kona5 video cards. With this latest advance – faster-than-realtime Debayer and decompression of 8K RAW footage, with simultaneous display of the 8K image on an 8K HDR monitor – Colorfront and our partners have achieved a significant milestone.”

Filmmakers and content creators are, no doubt, excited about the advances taking place, and that’s one of the reasons why in professional circles 8K is the new real glitter, and solutions like the one now presented suggest a goal for many filmmakers. But everybody is aware that it takes massive computing muscle to power that capability — and that’s a task Nvidia’s revolutionary Turing GPU architecture and new Quadro RTX GPUs are perfect for. 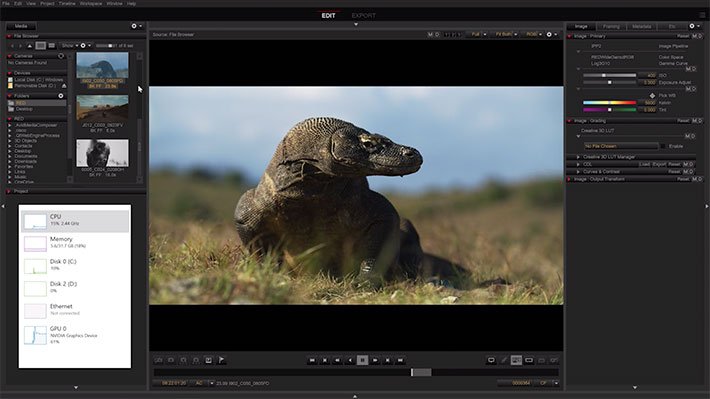 “A few years ago, things like real-time playback or real-time encoding when exporting footage was not even possible,” said Director and Cinematographer Phil Holland. “As GPUs advanced further, this has empowered content creators to receive these performance gains in much more modest systems. Working in native raw formats, real-time effects, significantly faster exports, as well as much faster in application playback have all been huge time savers as digital cinema cameras advanced from 4K to 5K, to 6K, to 8K and likely beyond.”

Released RED R3D SDK and REDCINE-X PRO software are planned to be available at the end Q1 2019.  Beta versions of the SDK have been made available to major third parties to support integration. RED Digital Cinema and Nvidia say that those interested should stay tuned for more details on REDCINE-X PRO beta.