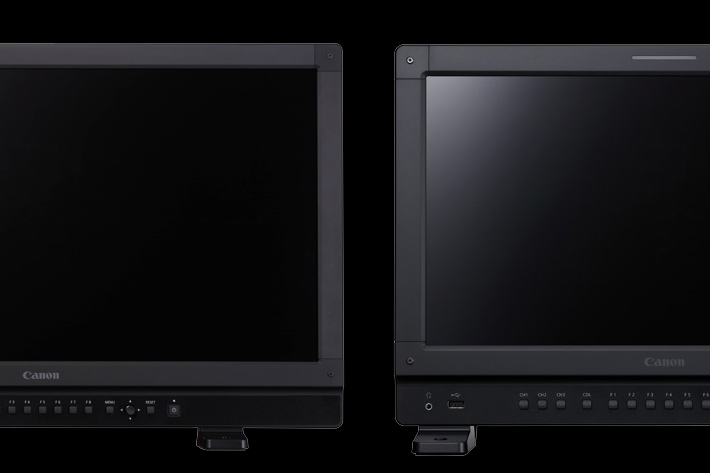 Featuring 12G-SDI terminals, the new Canon monitors are announced as the 2018 NAB Show closes in, suggesting the list of products Canon will take to the show.

The new Canon DP-V2421 24-inch 4K professional reference display features a 12G-SDI terminal and delivers high luminance and high contrast, making it ideal for viewing 4K and HDR content in broadcasting studios and when producing on-location video. The 17-inch DP-V1711 features the same high-image-quality performance in a more compact design that not only makes it easy to transport for on-location shooting, but is also ideal for use in  environments where space is limited, such as mobile production trucks.

Featuring 12G-SDI terminals (four IN and four OUT), the DP-V2421 and DP-V1711 allow for the easy transmission of 4K 60p footage with a single cable compared to reference displays that are equipped with only 3G-SDI terminals that require four cables for transmission of footage. The reduced number of cables can benefit users in several ways, including reduced costs, quicker installation time and saving space while on-location. 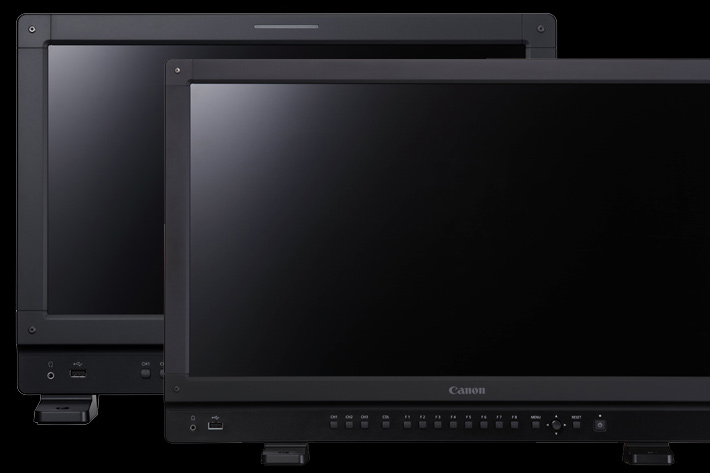 Canon will also allow customers to upgrade, for a fee, their 17-inch models, the DP-V1710 and DP-V1711, increasing their maximum luminance to 600 cd/m2. Raising the maximum luminance improves the displays’ ability to express greater detail in bright areas of the screen—useful when reviewing high-luminance video in such environments as bright shooting locations or inside studios and relay vehicles.