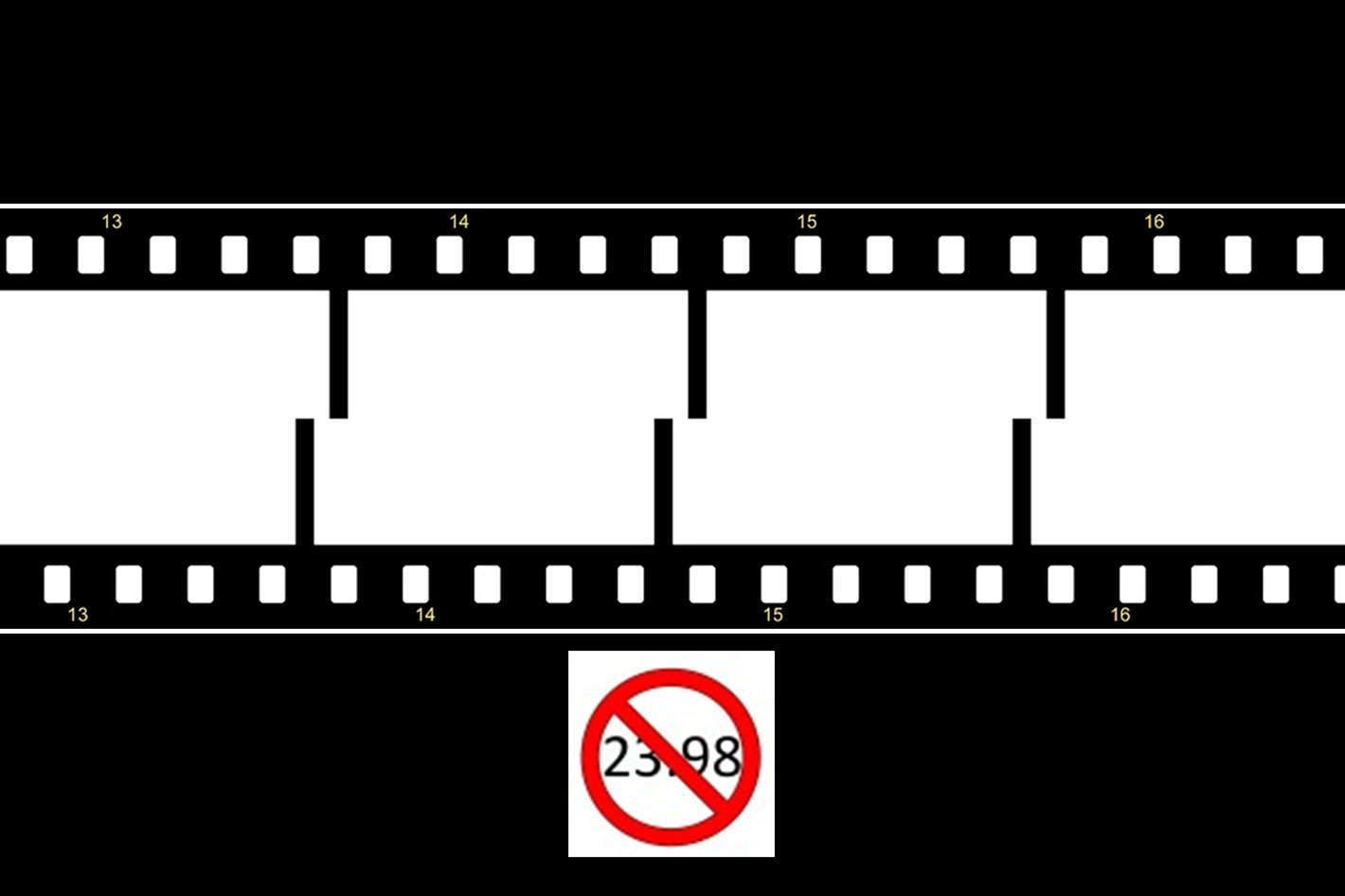 A group of filmmakers wants the industry to agree to make new content in one standard frame rate, to save many hours of manpower, storage space, and capital, and modernize frame rates.

A group of industry professionals led by JayDee Vandenberg, Director of Post Production at Walt Disney Animation Studios, is calling for the electronic display industry to begin to phase out support for fractional frame rates over time so that content can be displayed at its intended frame rate. According to the people behind the request, “this should include displays, recorders, play back devices, and cameras among others.”

The “nomore2398” group named – on the website created to introduce the request – some of the issues created by fractional frame rates, which include:

On the website created to support the call to phase out fractional frame rates the group has created a History section where those interested can find a text under the title “A short history of frame rates” which explains how different frame rates were introduced in recent decades, and why. To better understand the whole problem, the video “The History of Frame Rate for Film”, from Filmmaker IQ is a good starting point.

The filmmakers behind the project to end support to fractional frame rates say that by supporting it the electronic display industry is creating numerous issues and extra cost for the content creation and distribution industry. So, they invite “all stakeholders, content creators, industry leaders, Television and Movie executives, editors and mastering? Artists? to agree on a timeline upon which fractional frame rates will no longer be supported by newly released equipment.”

Their goal is simple: for the content creation and distribution chains to remain at its intended frame rate and to convert content only for legacy formats and devices. When asked “why now?”, the group says that “with the emergence of streaming services, the distribution chain has simplified. Unlike with broadcasting, a program can be encoded in 24fps only and played back directly by the consumer’s device at that cadence. This makes supporting fractional frame rates superfluous.”

One standard frame rate to rule them all

The NoMore2398 group understands some may argue that the fractional frame rates are needed for legacy formats and displays, and to that they reply stating that “in the rare event that a legacy display does not support 24fps or 30fps, the content can be converted to the adjusted frame rate by a playback device instead of at the source.”

The group is now asking people to join its social media campaign, stating that “agreeing to make new content in one standard frame rate will save many hours of manpower, storage space, and capital” and will contribute to “modernize frame rates.”

The NoMore2398 campaign has started a lively discussion online, which you can follow visiting the Facebook page, which has, as of now, 117 members, or Linkedin, with 146 members. Whatever the outcome may be, the solution will take years to implement, as the industry is a complete mess, from capture devices – both DSLRs and mirrorless – and playback devices, when it comes to frame rates, and as the discussion now going on suggests, everyone has a different idea about the subject… and the solution.

Canon is trying to leapfrog the competition announcing the development of a game-changing camera: the 8K video-capable EOS R5,...