With the Samsung Odyssey + selling at $299.99, entering the world of VR is more accessible now, as a French company, Lynx, promises innovations in optics, hardware and ergonomics with a new headset. 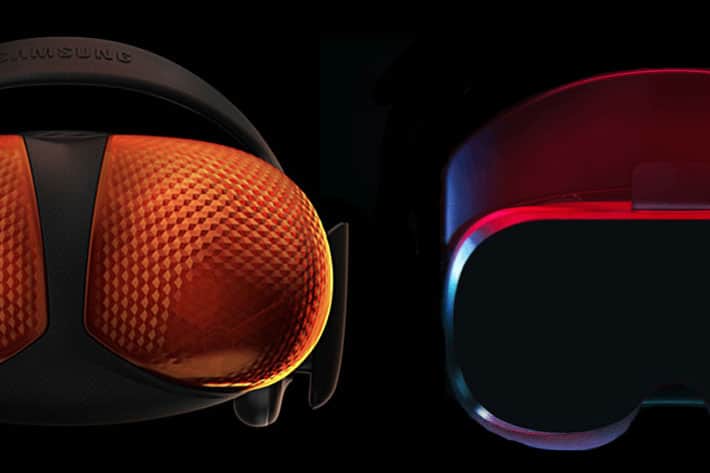 The first standalone Mixed Reality headset (AR + VR), LYNX R1 will be revealed on February 3rd 2020, and Samsung has multiple AR and VR products to launch in the coming months, as prices for VR drop.

Samsung suggested last May, at the Augmented World Expo in Santa Clara, California, that the company had multiple Augmented and Virtual Reality products to release, and the recent announcement of  a new patent approved by the China National Intellectual Property Administration (CNIPA) mid-January 2020 confirms something may be about to happen.

While it is not clear, yet, if the patent reflects a product that will make it to the market,  it is clear that Samsung has not abandoned its plans regarding AR and VR, especially when 2020 seems to be the year when both AR and VR will thrive. From the CES 2020 edition, which showed many of the new developments in AR and VR, in anything from the automotive industry to streaming, to the example given by the production of The Lion King, and the suggestion that’s the way to produce movies moving forward,  those who claimed these other ways to see the world were dead are proven wrong. 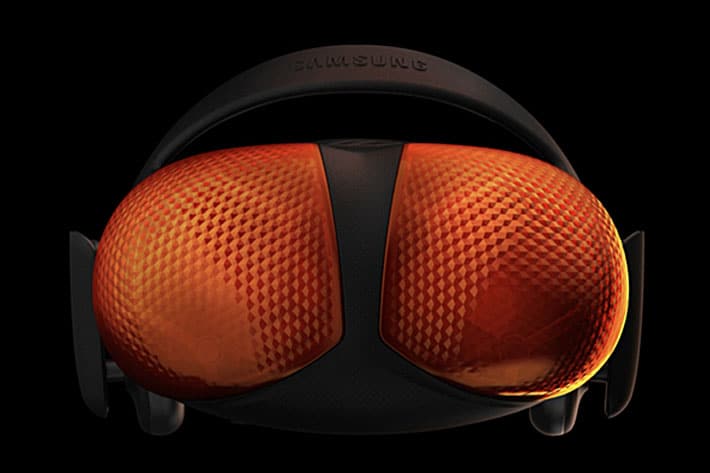 A videogame will move VR

It appears as if 2020 is the year when VR, AR and MR gain traction. The announcement by Steam that it will launch Half Life Alyx, a new game in the Half-Life classics series, but this time in VR, has contributed to the sales of the company’s Valve Index headset, which has been sold out in most markets.  It will also, no doubt, make VR more popular among many that have not tried VR yet, while demonstrating the power of games – and PC gaming – to move the industry and the market forward.

While companies like Varjo, that makes high-end headsets for professional use, will try to make their headsets more accessible in the future, the consumer market is growing with multiple solutions, as PVC has revealed in recent months. It’s not just VR glasses for gaming. From the futuristic Panaosnic VR glasses to the Huawei VR Glass, new solutions that are presented as ideal for watching movies and other types of content are being announced. The soon to be revealed LYNX R1 and the patent from Samsung recently revealed are two more signs of what to expect in 2020. 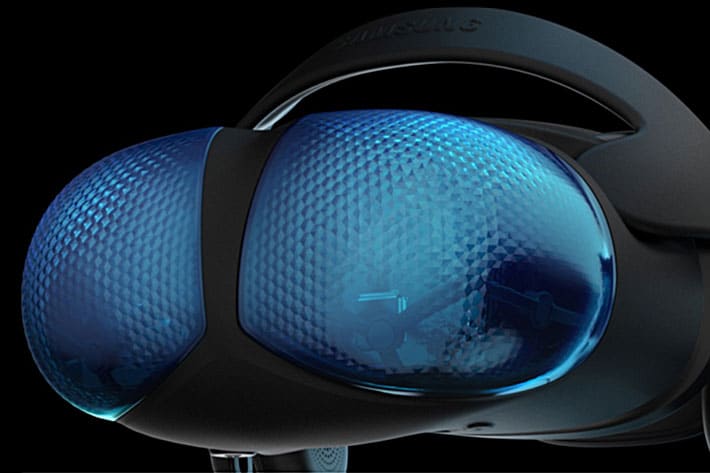 Samsung entered the VR market in 2015 with its Gear headset, which has not seen much attention recently, but that may change, suggested Farshid Fallah, Samsung’s director of developer relations for XR and gaming, who, according to Variety, hinted that the Gear brand may live on for AR and VR in some fashion, and said that Samsung had plans to release “multiple AR and VR products” over the coming months.

Samsung has two other headsets, the Windows Mixed Reality Odyssey, from 2017 and Odyssey +, launched in 2018. The Odyssey + continues to be an excellent option, with its reduced SDE (screen-door effect) solution and high-resolution  – 1440×1600 per eye – and its price point at the moment – $299.99 – makes it the most affordable PC VR solution, and a good option if you want a VR headset to discover the joys of watching movies on an IMAX virtual screen, in both 2D and 3D, besides all the other narrative experiences allowed by Virtual Reality. 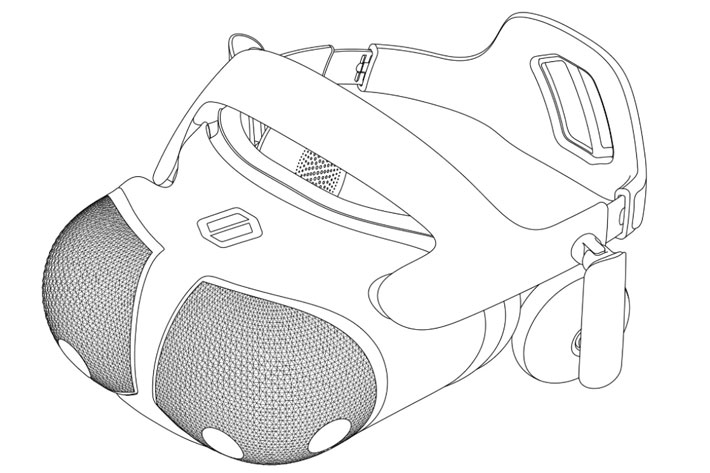 But Samsung has, apparently, new headsets on the way – that may explain the low price point for the Odyssey + – , and the patent registered with CNIPA – first mentioned by the website 91mobiles – reveals some aspects of what can be considered the next generation of Samsung’s VR headsets. While the general layout follows some the Odyssey family look, the head strap is different now, a mix of the Odyssey with the original Oculus Rift headband. In terms of comfort, the Oculus Rift S solution, which is based on Lenovo’s WMR headset – and is close to the Odyssey + – is much better for long periods of use, but only using the final headset one will be able to tell.

The drawings published with the patent document, suggest the use of four tracking cameras, two on each side, which doubles the two front cameras present on the Odyssey +, for better performance. The front “bug-eye” design, which will make the user look like a fly or a science-fiction bug-eyed monster, may not make it to the final product, as the renderings are from the patent document, but who knows? The Vive Cosmos already makes users look strange, with a front plate that looks like two robot eyes – in fact they are cameras – surrounded by a grid-like design. 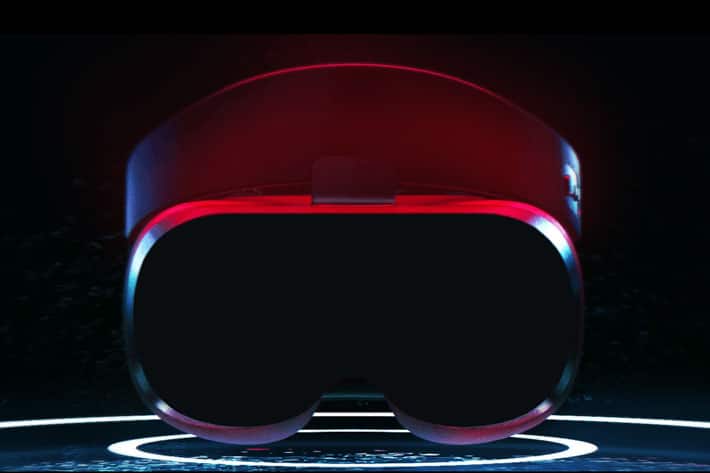 While we may have to wait some time to discover more about Samsung “multiple AR and VR products” – a clear indication that the patent now revealed is not the only one Samsung may have – a French company will reveal its LYNX R1 on February 3rd 2020. The headset, which will be on display at the Photonics West, in San Francisco, is presented as the first standalone Mixed Reality headset (AR + VR).

Stan Larroque, from LYNX, wrote on his Twitter feed that “after many months of silence and hard work, I will proudly reveal with my team LYNX: the first standalone headset for #MixedReality (AR + VR)”. The new headset promises “innovations in optics, hardware and ergonomics that will open amazing opportunities in all industries.”  The announcement will be live, on YouTube, on February 3rd, so just keep the LYNK R1 presentation link ready for that day.

The announcement happens at the SPIE Photonics West, the premier laser, photonics, biomedical optics event, which is co-located with the SPIE AR VR MR 2020 Conference. A conference badge gives visitors access to the BiOS Expo and Photonics West Exhibition and Industry Events on the showfloor. During the SPIE Photonics West in San Francisco, from 2 – 4 February 2020, Stan Larroque will “explain carefully how we overcame some challenges and some technical points” to create the LYNX R1.