Huawei’s third generation of VR headsets takes a step forward, with the VR Glass headset, presented as ideal for both VR videos and games. The headset will be available next December… in China. 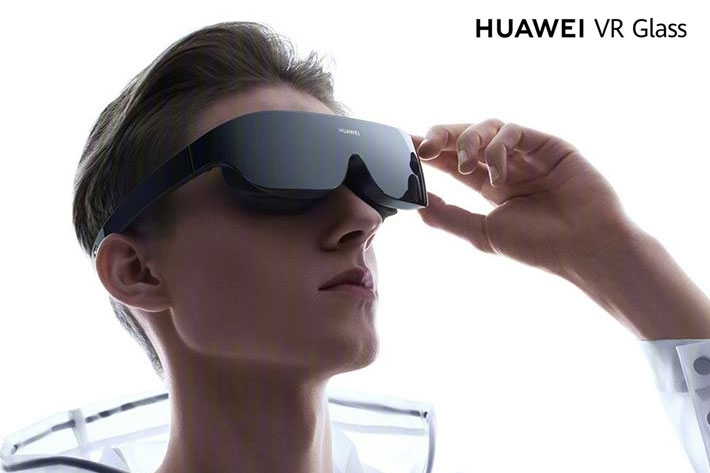 The new Virtual Reality headset from Huawei, named VR Glass, looks like a futuristic next-generation VR headset – or should we call it VR glasses? The Huawei VR Glass adopts a design that’s both foldable and thin – with a thickness of 26.6mm – that makes it easier to carry around and wear compared to other options available on the market. According to Huawei – and there is no reason to doubt it– the VR Glass is more comfortable to use for long periods of time than any other headset of this type now available. 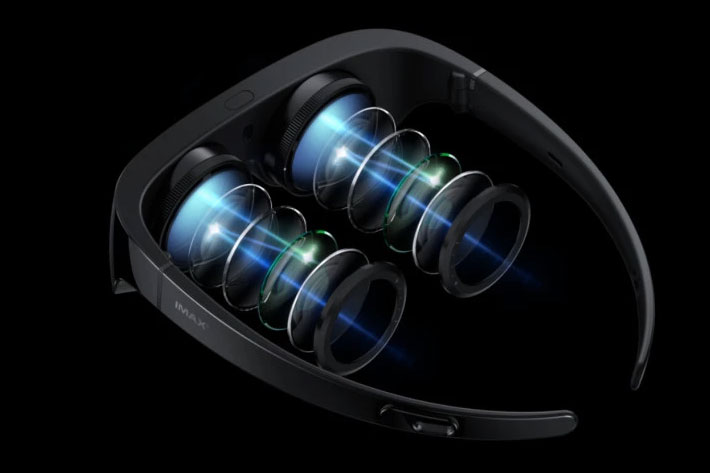 Previous headsets from Huawei were already pointed as comfortable, but this one takes the idea to a whole new level, and is also a departure from the previous Huawei VR 2, which looked like other headsets, with a halo band system like the Rift S, and won a 2018 IF Award. The standalone Huawei VR 2, announced at the end of 2017,  and unveiled at CES 2018, pointed towards solutions similar to what we’re seeing now appear from other companies. In fact, the Huawei VR 2 can be connected to a smartphone, tablet or even a PC, through USB-C.

We often talk about using VR to get a IMAX-style screen usable anywhere, but apparently, Huawey’s VR headsets offer the real thing. In fact, at CES 2018, Huawei also announced its strategic collaboration with IMAX Corporation and Xerpi Corporation (providing DTS audio solution) focusing on a long-term partnership to jointly develop AR/VR products and content, and to bring IMAX immersive cinema experience to AR/VR users. That would define both the specifications of the Huawei VR 2 and now the Huawei VR Glass. 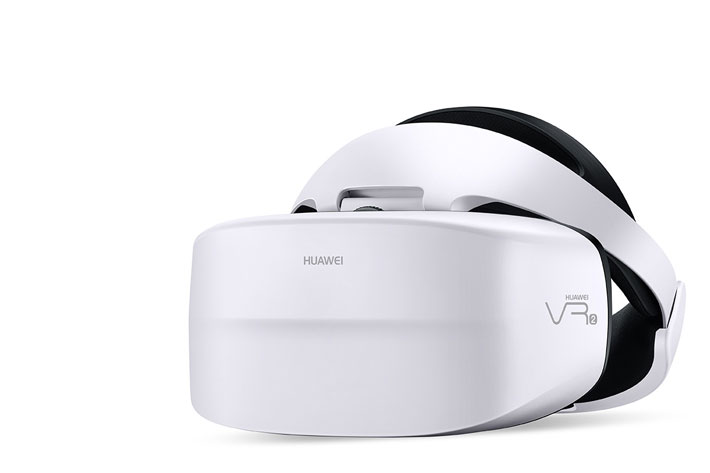 Using a fast LCD display with 1600 x 1440 per eye and featuring a 90Hz refresh rate, the Huawei VR 2 is also compatible with the Steam platform, meaning users can explore the vast amount of content available there, when they connect the Huawei VR 2 to a PC.  Able to offer users a virtual IMAX cinema giant screen silver screen, in this case certified by IMAX, and with DTS sound to boot, the Huawei VR 2 has a price a little over $300… if you can find it. In fact, the US trade ban on Huawei products seems to have affected this VR headset, which looks like a forgotten pioneer. 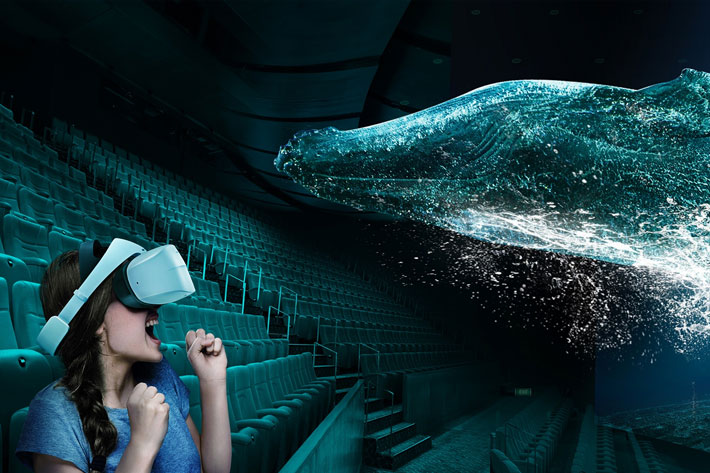 Now, Huawei announces the VR Glass, in China, and what a difference it makes, starting with design. In terms of resolution, the VR Glass offers 1600 x 1600 per eye, with a pixel density of 1058 ppi, against the 1600 x 1440 and 615 ppi present on the VR 2. If you wear glasses, you’ll discover that you’ll have no problem to use the Huawei VR Glass, without your glasses on.  If you’re shortsighted , there is no need to buy prescripton lens adapters, like users have to do for other headsets, as these sci-fi looking glasses include a 0-700 degrees diopter adjustment, with left and right eye independent adjustment.

The Huawei VR Glass is also adequate for watching movies in style, including , as the VR 2, a virtual IMAX cinema giant screen silver screen, this time with a higher resolution.  The strategic collaboration with IMAX Corporation  continued in this new headset, which is also equipped with built-in dual speaker for sound, offering a 3D soundscape similar to the VR2, adequate for the IMAX experience. 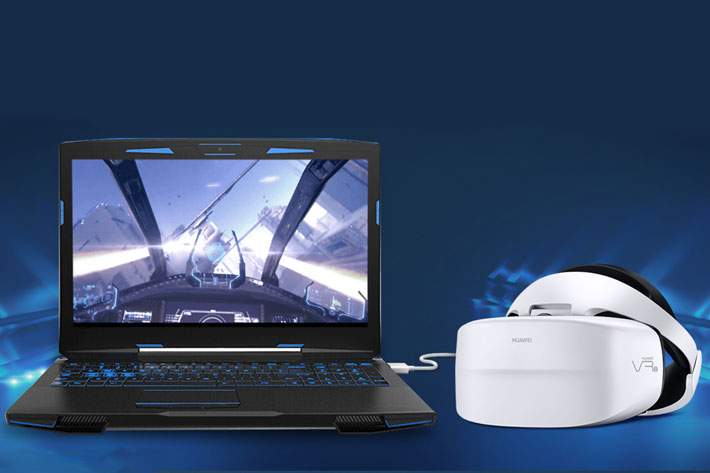 With 5G available, VR can become the “third screen”

Huawei has its own VR video platform, that contains games and 30,000 hours of HD content, besides having agreements with platforms that serve the Chinese market. If the headset appears in Western markets, it is expected that it will work with the Steam platform, as the VR 2 does. No word about eventual compatibility with Oculus, but that’s maybe asking too much. Anyways, the Huawei VR Glass works, as the VR 2, with mobile phones and computers. 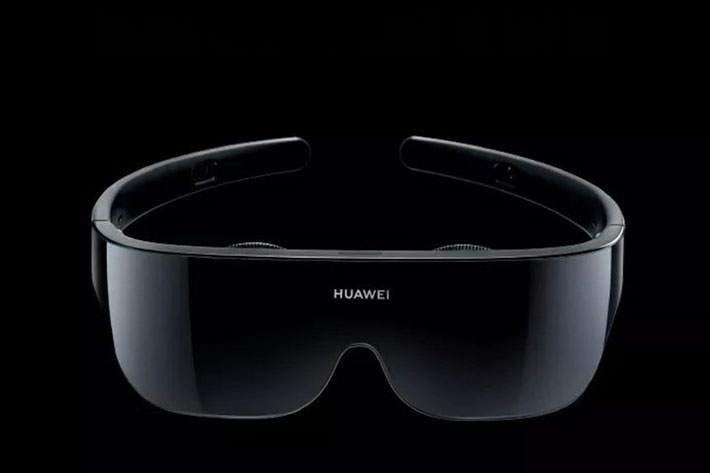 Huawei, that is already looking at the potential 6G can offer, believes that with 5G as the next big thing for content transfer and streaming, VR will be even more appealing to wider audiences, and VR headsets can become the “third screen”, along with the smartphone and TV. The company also believes that VR, due to its characteristics, offers an experience that will attract more people, especially with headsets like the VR Glass. The problem may be getting your hands on one, as the Huawei VR Glass may not be distributed internationally.