Virtual Reality headsets are good for more than VR. In fact, they allow you to see cinema on a big screen, at home, building a virtual theater to immerse you in the action like no TV set can. 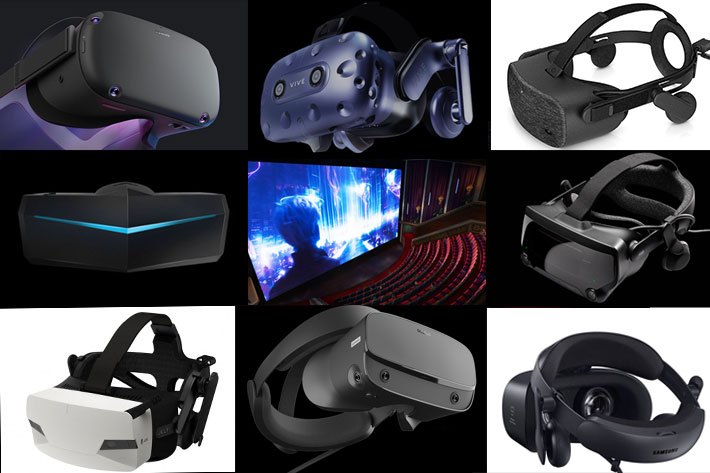 Watching movies using a VR HMD is getting a boost with the new wave of Virtual Reality headsets coming from Valve, HP, Acer and other companies, some offering high resolution, all the way up to 4K.

The immersive experience of watching a movie using a Virtual Reality headset is unique, despite some problems. One of them, though has stopped people from using VR regularly: the low resolution of those systems when compared to what a modern TV screen can offer. In fact, with the Oculus Rift, the most popular headset, you get 1080×1200 pixels per eye, for a “screen” with a 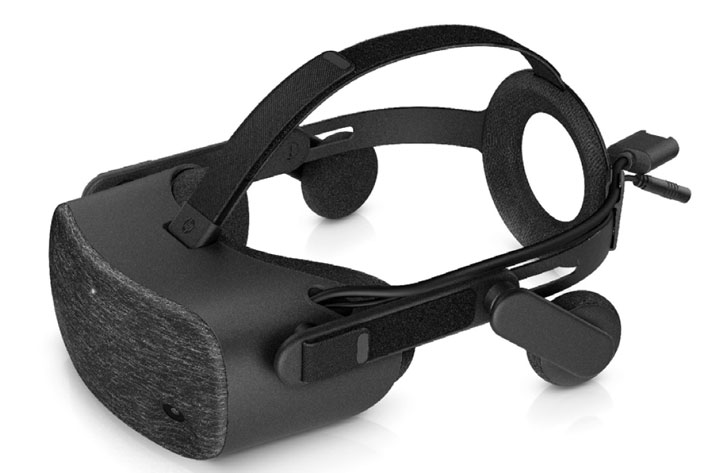 Things are about to change, though, and with headsets as the HP Reverb, which will be available soon, more people will be willing to try the experience: with 2160 x 2160 panel resolution per eye, for a total resolution of 4320×2160, the headset from HP offers more than the 4K DCI (4096 x 2160 pixels) which is considered the movie projection industry resolution. The Digital Cinema Initiatives, LLC organization was formed in March 2002 by Metro-Goldwyn-Mayer Paramount Pictures, Sony Pictures Entertainment, 20th Century Fox, Universal Studios, The Walt Disney Company and Warner Bros,  to define a common set of content requirements for anyone targeting the digital cinema market. 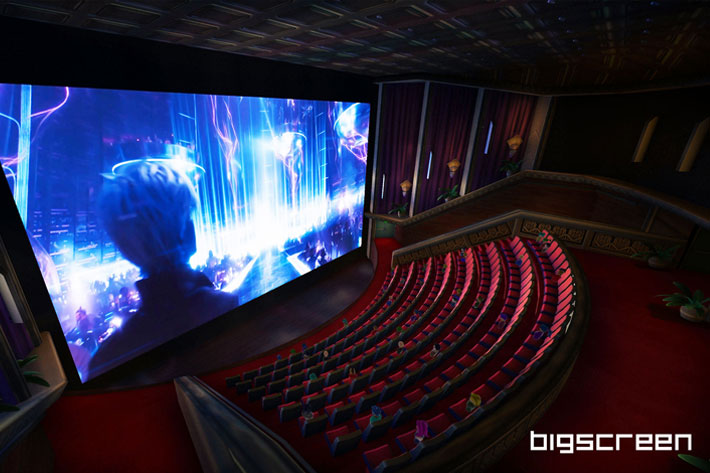 While in 2020 most of the households in North America are expected to have a 4K UHD TV, we may also see the use of VR headsets expand, as a means to watch content in a big screen. Palmer Luckey, known as the designer of the original Oculus Rift, said, in an interview published in 2014 by Maximum PC, this: “Why in the world would you buy a 60-inch TV that, even if it were dirt cheap for that, it’s still going to cost a lot to ship it and make it from raw materials. A VR headset is going to be much better and much cheaper and you can take it anywhere.” 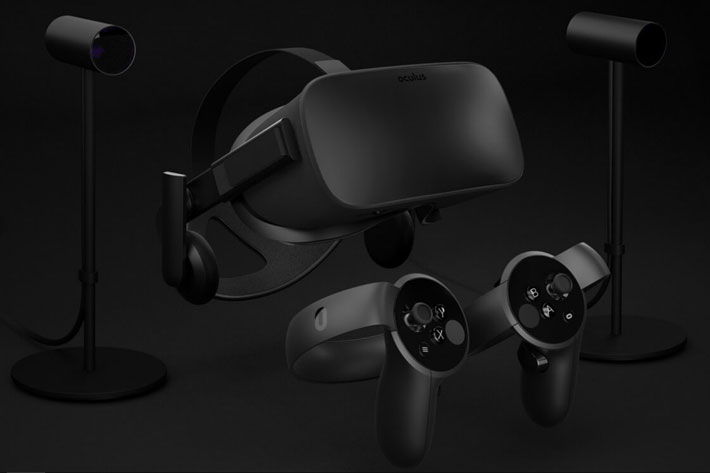 Even if taken with a grain of salt, Palmer Luckey’s comment may not be completely wrong. Despite all the problems the use of  VR headsets still present, they open the door to a whole new level of experiences you’ll never be able to achieve with a TV set or even the biggest home screen you may build. There is something unique, and I speak from experience, in watching content on a virtual screen which can be larger, much larger, than the largest wall on most homes. The sense of immersion is fantastic, and is not just for Virtual Reality content. Watching movies also becomes a completely new experience. 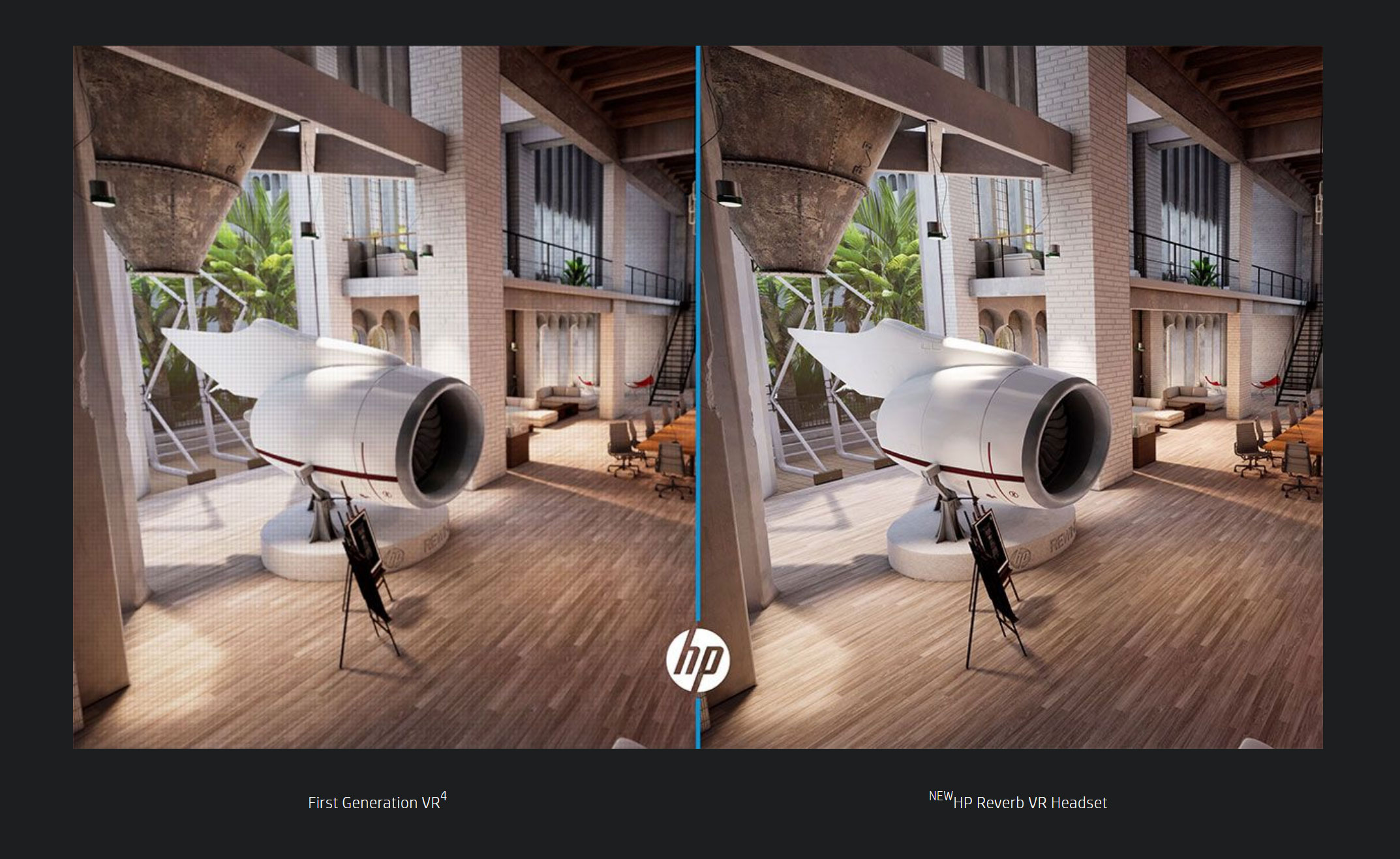 The most evident problem of VR headsets is the screen door effect, a term used with LCD and DLP projectors and now adopted for VR, where it is enhanced by the close distance at which the eyes of a VR headset user are to the screen. The low resolution and the low number of pixels per inch create visible lines between pixels on the display, as if you’re looking through a screen door.  The more pixels a display has and the closer they are, the less visible the screen door effect is. 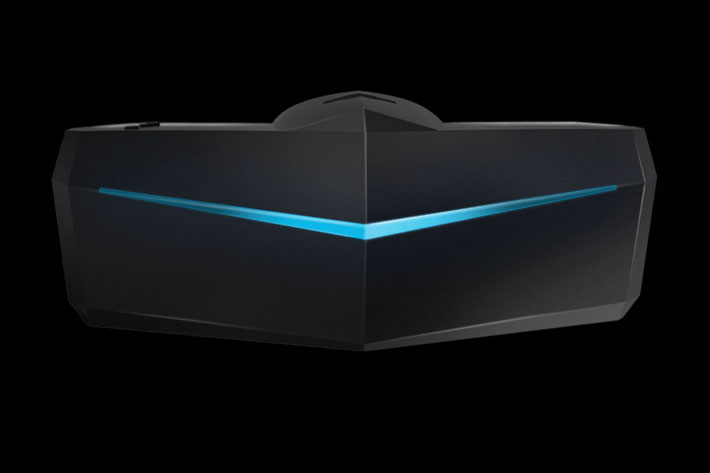 A resolution of 4K UHD (3840 x 2160)  or higher is required, suggest specialists, and that’s exactly what the HP Reverb headset brings to the table. In fact, it even goes beyond 4K DCI, as it offers a total resolution of 4320×2160 pixels. While this is a new reference for VR headsets, Palmer Luckey believes that pixelation will not go away completely until at least 8K resolution (7680 x 4320) per eye is achieved. That’s probably not going to happen soon, as even the Pimax 8K headset has only two 4K panels (3840 x 2160).  But the industry is, no doubt, taking a huge step forward with solutions as the HP Reverb. 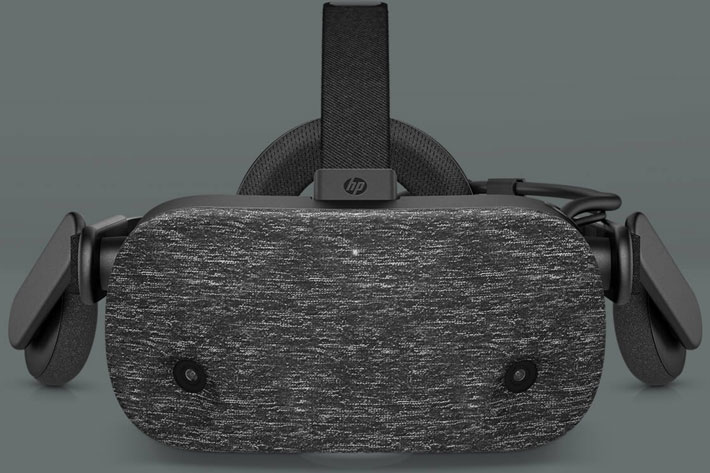 Announced as a business solution, a trend we’ve seen in recent, mostly very expensive VR Head Mounted Displays, the HP Reverb will also be available for the general public, with an expected price of $600. HP, that entered the VR market in 2017 through Microsoft’s Windows Mixed Reality – with a solution similar to the ones offered by companies as Acer, Dell or Lenovo -, is taking a huge step forward with the Reverb, with its 2160 x 2160 pixels per eye. 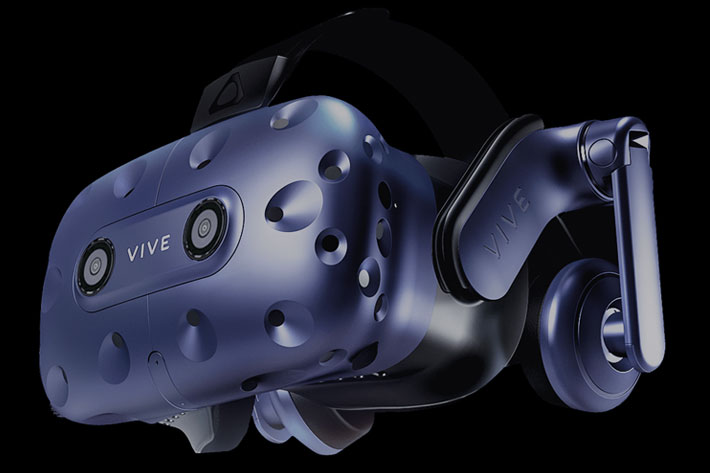 Some of the headsets that will make it to the market in 2019 offer resolutions and technologies that make viewing content more exciting than ever, but there is no doubt that the HP Reverb represents, if one is to believe what the company says, the way to “discover a multi-sensory experience like no other”. HP’s next-level headset offers “ultra-sharp visuals with 2160 x 2160 panel resolution per eye that takes all your content to a remarkable place.” 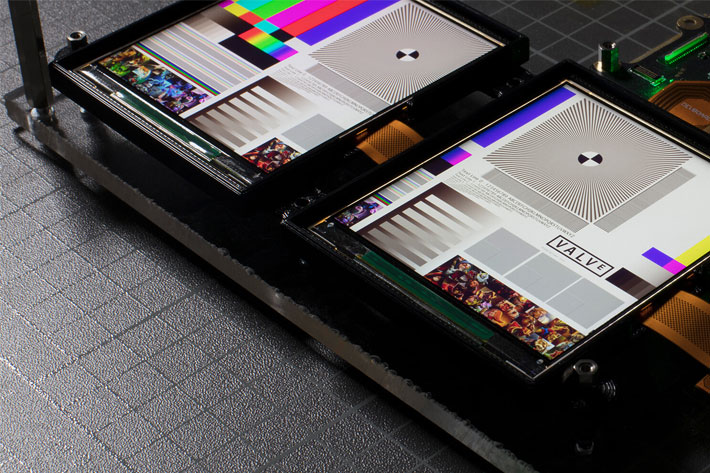 HP is not alone, as Acer, another company with experience in Windows Mixed Reality,  announced the ConceptD OJO. The new headset represents a clear evolution over the previous WMR headsets from Acer, the AH-101 introduced in 2017, and the OJO 500, announced in August 2018. The ConceptD OJO Windows Mixed Reality Headset features a 4320 x 2160 display, and while the company does not say it, it may well be similar to the solution present on the HP Reverb, meaning it will use two 2160 x 2160 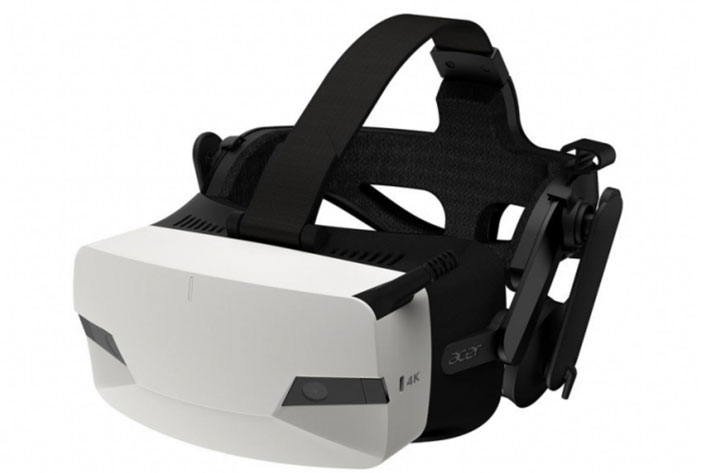 panels. Although a series of technologies make this a next-generation headset, it is the resolution, again, that represents a big jump, as the Acer Windows Mixed Reality Headset, from 2017, already featured 1440 x 1440.

Acer is the second company to announce a headset offering resolution that takes VR to 4K, so everybody was expecting Valve to do the same, but the Valve Index now announced has a resolution of 1440×1600, meaning it does not offer 4K. Still, because although important resolution is not everything, it will be important to try the different solutions side by side, to see which delivers an experience with less screen door effect. Going forward we will also have another discussion: OLED versus LCD. While OLED screens have been pointed as the ideal solution for VR, we now have companies like HP and Valve using LCD and saying they are better… 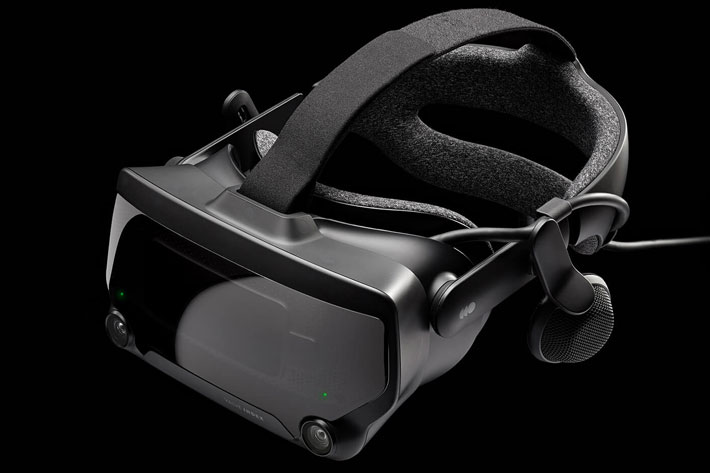 Valve says, in fact, that the headset’s dual 1440×1600 RGB LCDs provide 50% more subpixels than OLED, resulting in greater sharpness for the same rendering cost. In addition, the fill-factor is three times better than OLED, greatly reducing “screen door” effect. The company also points to the fact that the Valve Index displays have a reduced illumination period of 0.330ms to 0.530ms (framerate dependent), allowing imagery to remain just as sharp when your head is in motion as when you’re standing still. This is a 5x improvement over first-generation PC VR HMDs.

Another aspect which is important to remember is that the Valve Index headset runs at 120Hz with full back-compatibility to 90Hz, as well as an experimental 144Hz mode. Higher framerates improve realism and optical comfort, allowing longer and more comfortable play sessions. Physically adjustable IPD (distance between eyes, with 58mm – 70mm range physical adjustment) and eye relief (distance from lens to eye) lets you optimize the field of view for your face. With these features, as well as the dual-element lens and canted optics, this headset provides, says Valve,  20° more FOV than the HTC Vive for typical users. 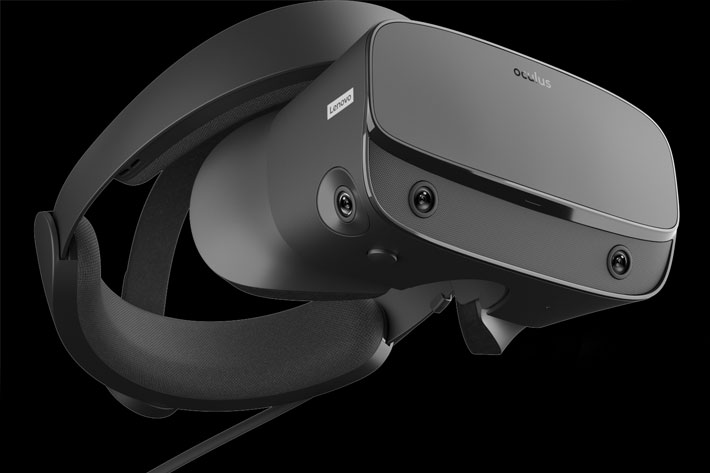 From the sound solution used, with speakers that do not touch the ears, a design that makes virtual sound sources appear to come from the environment around you, rather than from inside your head, to the general ergonomics, the Valve Index seems to be a solution conceived for long hours watching content or playing games. With a price of $500 for the headset alone and $1000 for the full Index VR kit, this may look like an expensive set but it should be noted that Valve claims this is a solution for experienced, existing VR customers who want more and don’t want to wait. It’s a clear invitation to Oculus Rift users who were expecting a Rift 2 and only have a Rift S to choose as an upgrade option.

The new Valve Index and the HP Reverb or the Acer ConceptD OJO, about which there is not much known yet, represent a push forward in a market that is also about to receive two Oculus solutions, the Rift S and Quest, this last one a standalone VR system, meaning you can watch movies on a big screen wherever you go. That’s, no doubt, an interesting concept, although we are talking about a solution that does not have the power to run 4K content.  The Oculus Quest has a resolution similar to the Valve Index,  1440 x 1600 pixels per eye, but its mobile processor will not allow it to offer the same quality as a PC VR headset. 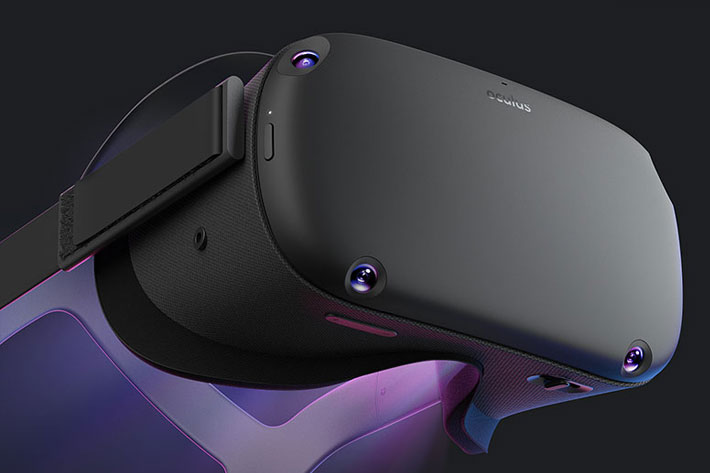 Standalone headsets are not as powerful

If you want to get the best visual experience in VR, you still have to go for a PC VR headset, with the computer providing the power. The new Oculus Rift S, introduced this year, sits at the low end of the scale, with only 1280 x 1440 pixels, a small increase from the 1080 x 1200 of the original Oculus Rift. As the Oculus Rift S is powered by a PC, it is rather strange that Oculus has not used a resolution similar to the Quest, or even higher, in what is, no doubt, the most capable of the two headsets. By not doing so the company is probably going to make many of the users of the original Rift look elsewhere.

Acquiring a VR headset only to watch movies and video content may not be something  you have in your plans, and that’s perfectly understandable. But if you want to explore VR, for pure pleasure and also to better understand how content is produced to the platform – and there are so many free apps that serve as introduction to the universe of Virtual Reality – and also try to watch videos on a big screen, then it’s hard to resist the temptation. When I first watched a YouTube video while sitting in a VR movie theater, I felt I had found, yet, another way to explore content. Lots of content. It is not a substitute to my TV set, my computer monitor or even smartphone, but another option, one that gives me experiences that none of the other displays offer. With the new headsets coming to the market in 2019, it can only get better.