Priced at $6000, with a $1000 yearly subscription fee, the Varjo VR-1 has a resolution which is 20X+ higher than any other VR headset currently available on the market. 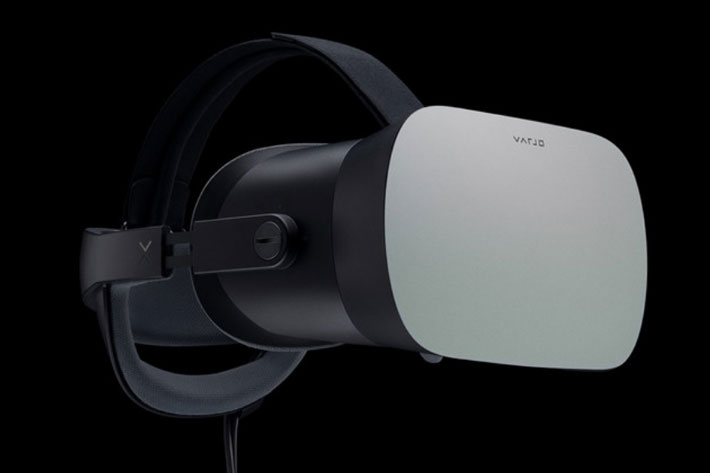 In 2018 Varjo promised a revolutionary visual upgrade to cinematic mixed reality, but we may have to wait a little longer. The VR-1 now announced is designed for use in complex and demanding industries.

Recently announced, Varjo’s first headset has a resolution of more than 60 pixels per degree, which is 20X+ higher than any other VR headset currently on the market. VR-1 also comes, says the company, with the world’s most advanced integrated eye tracking, enabling high-precision analytics and interaction with human-eye resolution VR content.

A price of $6000 for the VR-1 means that this is not the the kind of product you’ll get at Best Buy, at least for some more time. But it does point to where the industry is moving, when it comes to Virtual Reality. In fact, the first headset  from the Finnish company Varjo is designed solely for professionals in industrial design, training and simulation, architecture, engineering and construction. If you’ve the money, you can probably buy it to watch videos at home… but you’ll need at least an Intel i7-6700 or AMD FX 9590 with a Nvidia GeForce GTX 1080 or Nvidia Quadro P6000, and 16GB RAM. AMD GPUs are not currently supported by Varjo VR-1. 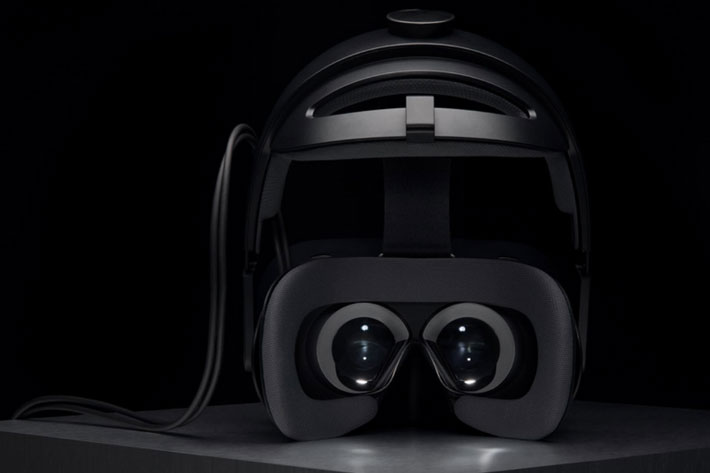 Using the VR-1 HMD will be key for professionals, in the industries mentioned above, in coming years, to radically shorten design life cycles, saving time and money, and make training more effective in realistic immersive environments. VR-1 is, says Varjo, “the only device that makes that possible in 20/20 vision and unmatched visual fidelity.” In fact, the resolution of other VR devices on the market is just a fraction of what the average human eye can see. Varjo’s Bionic Display, as the company calls it,  delivers an unprecedented resolution of 60 pixels per degree –  the equivalent of 20/20 vision. There is a caveat, though…

Varjo’s Bionic Display deserves an explanation, because it is comprised of two sections, the “Context Screen”, or main screen, an area with a resolution of 1600×1440 pixels, not much different from other HMDs now available. But at the center of the main screen Varjo has a micro display with a resolution of 3000 pixels per inch, the “Focal Screen”, which offers the high resolution needed for precision work. What this means is that the HMD has two screen areas over which the eye travels, one high-res at the center and a second, surrounding it, with resolution similar to other HMDs. 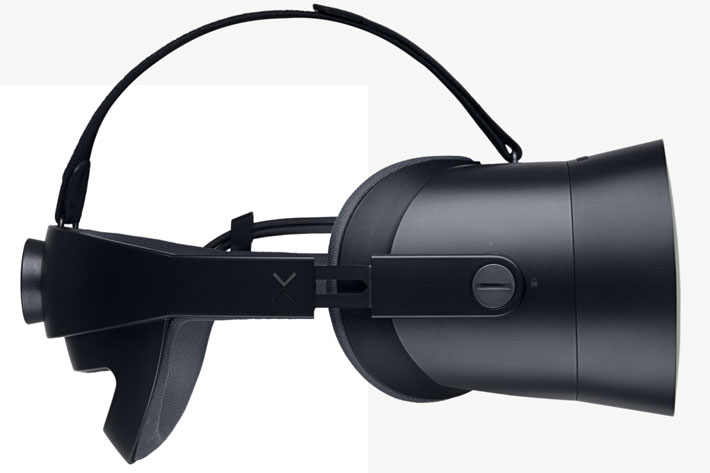 The Bionic Display works together with Varjo’s proprietary 20/20 Eye Tracker, touted as the most advanced and powerful stereo eye tracking technology ever integrated into a VR headset, to deliver unmatched precision and accuracy for interactivity, data collection and analysis in human-eye resolution. With these assets, VR-1 is, according to Varjo, “ the only device and platform in the world that can use eye tracking data with VR content that simulates reality.”

Varjo will begin sales and shipping of the VR-1 immediately in 34 countries, including North America, and Europe as well as Hong Kong. Retailing at $5995 with an additional yearly service license of $995, VR-1 is only available for businesses and academic institutions and is designed to support the most demanding use scenarios where visual fidelity is paramount. Examples include training pilots in realistic virtual scenes, and allowing designers to create and interact with true-to-life VR prototypes, translating into faster turnarounds and massive savings in time, work and modelling and development costs. 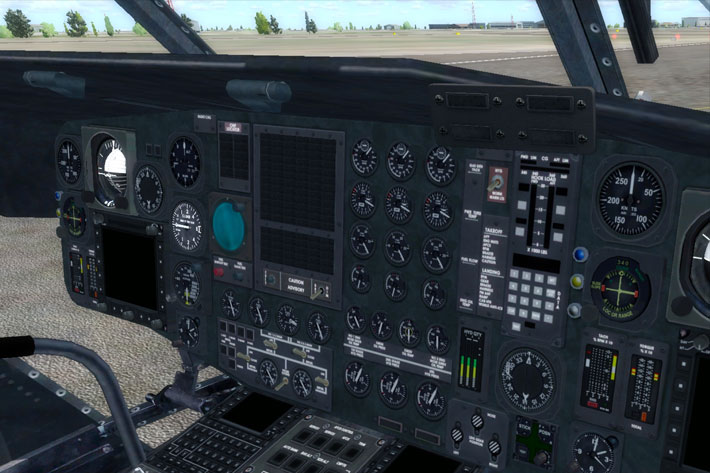 Compatible with Unreal, Unity 3D, Autodesk VRED, some of the world’s best 3D software tools, the VR-1 also works with a flight simulation tool, Prepar3D, from Lockheed Martin, a Microsoft FSX on steroids used for professional training. Knowing Prepar3D and having compared it in VR with Eagle Dynamic’s Digital Combat Simulator, which is much better in terms of visual quality, I can only wonder how fantastic the virtual skies in DCS would look with the Varjo VR-1, not to mention how easier it would be to read cockpit gauges and displays.

The subject of this article, though, is not the enterprise use of the new HMD, but what the VR-1 suggests is coming to the market in the future. Maybe not the near future some would wish, but the tools are getting better and this HMD is an example of the direction the industry is taking.  Later this year, Varjo will introduce a Mixed Reality Add-on to the VR-1, enabling seamless transition between real, virtual and augmented content.

Last year Varjo announced that its upcoming VR headset would be the first in the world to enable cinematic-quality Mixed Reality. At the time the company released a real-time video filmed entirely through its early Mixed Reality prototype to demonstrate the seamless merging of real and virtual worlds in cinematic fidelity.

What was promised then was a device with 40X the capture resolution of the HTC Vive Pro. Varjo’s Mixed Reality will use, according to the company, “two cameras with ultra-wide angle lenses combined with over 4K stereo video stream running at 90 frames per second, allowing true cinematic quality in Mixed Reality for the first time. Two dedicated Image Signal Processors enable the simultaneous capturing and streaming of high-quality Mixed Reality with minimum latency.” 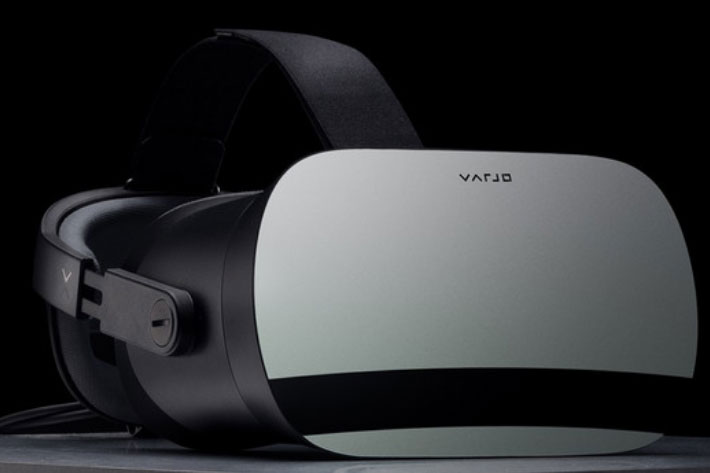 When first announcing the project, the company pointed to the end of 2018 as the launch date of its VR headset, with a Mixed Reality add-on to be available during 2019. The device would, according to the company,”feature a patented Bionic Display, enabling professional users to see the virtual world as clearly as they see the real world”. The VR-1 seems to be that device, despite the fact that it does not offer 40X the capture resolution of the HTC Vive Pro, as promised. Still, despite its price, and the way the Bionic Display works, it points to the future, and is a clear indication of what is going to be possible to do in terms of cinematic VR/AR and Mixed Reality.

As the production of content using these technologies moves forward, with examples of its potential appearing now everywhere, while the price of Head Mounted Displays become more accessible, what the Varjo VR-1 points to is what the future will bring. It may be announced as strictly professional, but its specifications point the direction towards which the next consumer solutions will move. 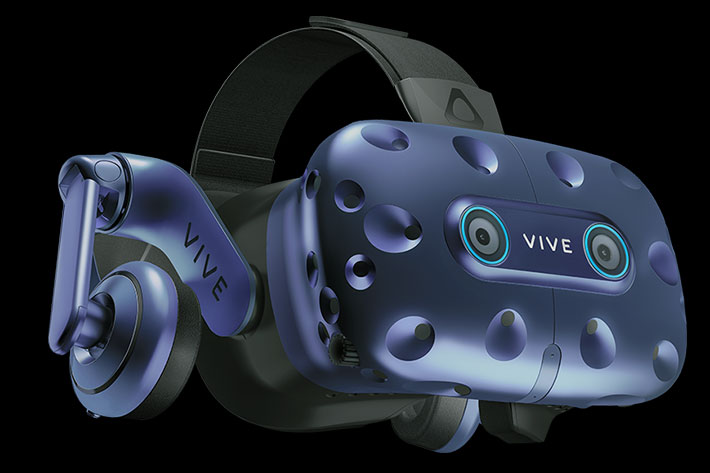 The next GDC, or Game Developers Conference, in March 2019, will be the stage for some of the new tech, designed with consumers in mind, coming from the companies behind HMD solutions as Oculus or Vive. Oculus promises surprises for the Rift, while HMD may reveal a bit more about the Vive Pro Eye, also targeted at the enterprise market, but integrating technologies that will, in the end, come to the consumer market.

Albeit in a different way, the new Vive Pro Eye, from HTC, revealed at CES 2019, offers eye tracking with foveated rendering, which increases the quality of the image where you’re looking. This will only work with content that has been optimized for the feature, but using eye tracking and foveated rendering to properly allocate GPU power to focused objects and areas for sharper images is coming to headsets you’ll be able, in the future, to pick at Best Buy. Price for the Vive Pro Eye is not known yet, but it will probably cost less than the Varjo VR-1. The new Vive Pro Eye will launch in the second quarter of 2019.