The Sundance Film Festival is a gathering of storytellers seeking new perspectives, and the New Frontier program represents a pioneering exploration of new technologies available. 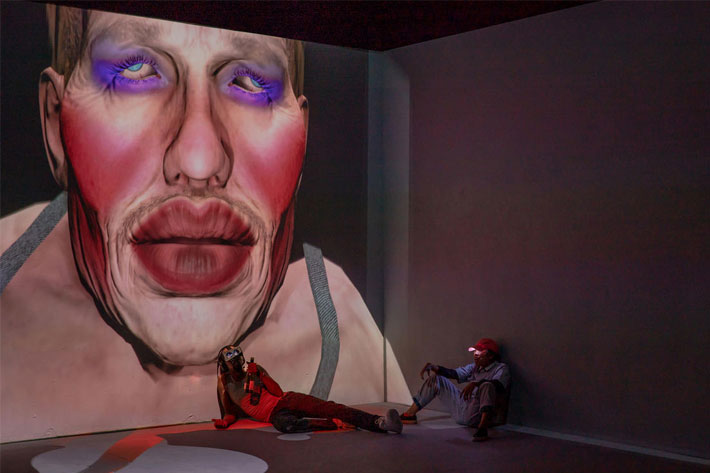 The 2019 Sundance Film Festival is the place to go to see first-hand the dynamic crossroads of film, art and technology pushing, as Robert Redford said, ”the boundaries of the possible”.

The Sundance Film Festival transforms Utah, every Winter, in the ultimate gathering of original storytellers and audiences seeking new voices and fresh perspectives. The annual event, running from January 24 to February 3 in 2019, offers a program packed with everything from dramatic and documentary features and short films to series and episodic content. Daily filmmaker conversations, panel discussions, and live music events are also included in the program, making Utah a destination for anyone interested in the industry, both professionals and audiences.

One area of the festival, the New Frontier, is the stage for showcasing emerging media in the form of multimedia installations, performances, and films. The New Frontier lives beyond the festival days, as it has developed with own programs, with the Labs and Residency programs at New Frontier being the base to identify and foster independent artists and creative technologists innovating the art and form of story at the convergence of diverse forms of creative expression; and to build a community of collaborators across diverse disciplines to push the boundaries of story.

Pioneers of the New Frontier

According to those responsible for the project, “A bold spirit of innovation has emerged among artists as they seek to engage audiences with narrative worlds that leverage new technologies, visual aesthetics, social media cultures, immersive designs, game theory, transmedia activism and shifts in the boundaries of authorship.”. The New Frontier Labs programs are created as an answer to the changes happened in the last decade, as the media landscape and storytellers are both exploring as well as constructing this new terrain, pioneering new connections with audiences and re-structuring story design.

Sundance Institute spotlights work at the dynamic crossroads of film, art and technology with the New Frontier selections announced for the 2019 Sundance Film Festival. This curated collection of cutting-edge independent and experimental media works are by creators who are pushing artistic innovation across new mediums that include VR, AR, mixed reality (MR) and AI. Programmers assembled a global slate of work from a mix of invitations and submissions to an open call for VR work earlier this year.

This year’s edition of New Frontier has evolved, according to organizers, “responsive to increased demand and the needs of showcased artists”. The programming includes two venues, New Frontier at The Ray and New Frontier Central, each of which will play host to a wide variety of media installations, a VR Cinema and panel discussions. New Frontier Central, a new venue located near The Ray, at 950 Iron Horse Drive, will additionally feature lounge space for Festival goers to meet and relax before and after experiencing the New Frontier program.

Robert Redford, President and Founder of Sundance Institute, said, “For over a decade, New Frontier has pushed the boundaries of the possible, illuminating the potential of technology and storytelling. These independent cross-media artists create new realities for, and with, their work — and the results inspire.”

“This year’s New Frontier is an explosion of experimentation, bearing a motherload of innovative custom tech that take us higher” said Shari Frilot, Chief Curator, New Frontier, adding that “ Biodigital loops are terraforming and transmogrifying our world.The dynamics of biodigital looping – digital platforms that begin and end by connecting with a human being who connects to that same platform – are being taken on by this year’s artists with gusto, as they pull visceral focus on what it means to be human on this transforming terrain.”

Here are some examples of the projects presented at New Frontier:

Since 2007, the New Frontier exhibition at the Sundance Film Festival has provided the highest level of curation in the emerging field, incorporating fiction, non-fiction and hybrid projects to showcase emerging media storytelling, multi-media installations, performances and films. The  2020 Sundance Film Festival will take place from January 23 to February 2, 2020.