HTC announced its new Virtual Reality headset, Vive Cosmos, featuring a pixel resolution with an 88% increase over the original Vive, and a price of $699. 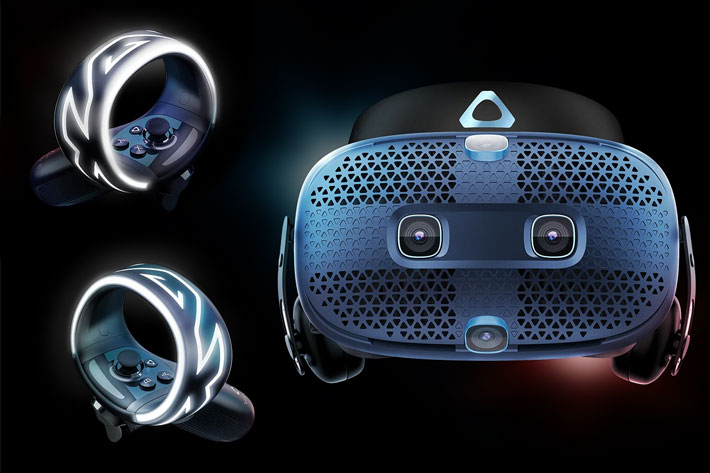 With an inside-out tracking system that helps to make for an easy setup, the Vive Cosmos is HTC’s new headset solution for consumers, entering a market which has more grown since 2016.

When the first Vive headset was introduced, the other popular name in the market was Oculus, but things have changed since 2016, so it will be interesting to see how the new model fares, now that the public can choose between the Oculus Rift S, the Valve Index or the HP Reverb or Samsung Odyssey+, to only mention those more popular names and also models not attached to a console, as is the case with PSVR.

Even if you don’t own a Vive headset, you’ve seen them. The Lion King filmmakers used it while shooting the film, and HTC created a Vive Pro model especially for content creators and other professionals who need a Virtual Reality headset. The Vive Cosmos looks similar, but is designed with the general public in mind – creators can use it too – , with a new level of accessibility and ease of use, designed to grow with users over time through a modular faceplate design that can change the functionality of the headset, such as the newly announced Vive Cosmos External Tracking Mod. 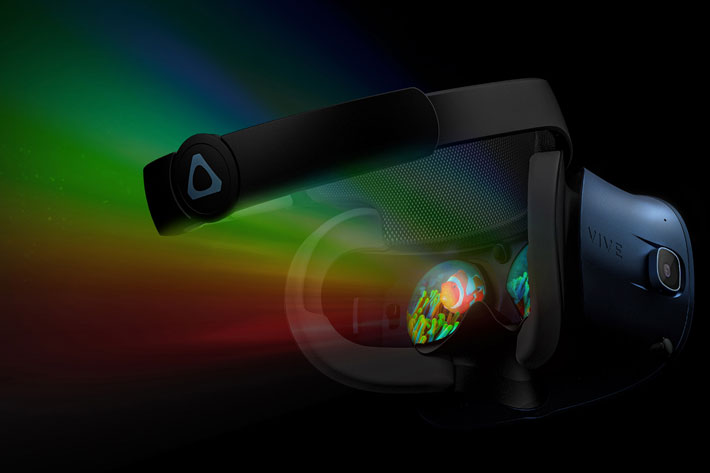 “Since Vive began our VR journey, we’ve continued to refine and improve on what a premium VR experience can and should be,” said Daniel O’Brien, GM, Americas, HTC Vive. “Cosmos offers an unmatched experience and is also our most versatile headset yet—with inside-out tracking, options in the future for different faceplates, unlimited content in the box, and the new user interface, we see limitless possibilities for XR customers.”

Ease of use, versatility and performance are key features of the Vive Cosmos, which features the all-new Vive tracking system, offering a simplified setup that makes getting into VR faster and easier than ever before, with six camera sensors for wide and accurate inside-out tracking.  If you already own a Vive, with the Lightthouse base stations for tracking, you’ll be glad to know that you can still use them, if you want.  Keep reading! 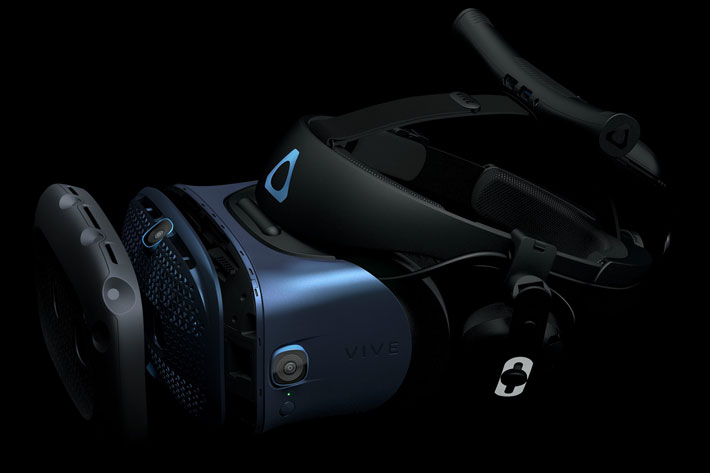 The Vive Cosmos features a modular faceplate design, meaning it is designed to work with upcoming accessories to change the functionality of the headset and offer customers the ability for their headset to grow with them over time. The first offcial “mod” announced, though, takes us back to the past. The  Vive Cosmos External Tracking Mod, which will be available in Q1 of next year, allows users who want to continue to use their existing Lighthouse base stations for tracking scenarios.

This first base station-compatible mod supports Vive’s ecosystem of peripherals including the Vive Tracker, delivering, says HTC, “unprecedented input freedom for VR controls”, while also allowing users to take advantage of the superior performance of Vive Cosmos. External tracking has, apparently, more precision than inside-out tracking, in some situations, so it may be preferred by some users, but at the speed technology evolves, inside-out tracking using cameras seems to be more than adequate for most users. 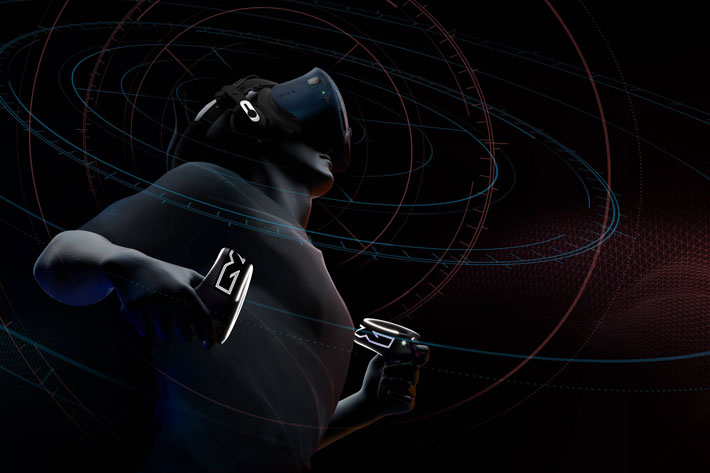 The all-new Vive tracking system offers a simplified setup that makes getting into VR faster and easier than ever before, with six camera sensors for wide and accurate inside-out tracking (the Oculus Quest and Rift S have five cameras, and it seems to work rather well). Cosmos features a 2880 x 1700 combined pixel resolution—an 88% increase over the original Vive—delivering, says HTC,  crystal-clear text and graphics. All-new LCD panels reduce the distance between pixels and combined with real RGB displays minimize screen-door effect.

The Vive Cosmos is, yet, another headset that uses LCD panels instead of OLED used in the first models, a clear suggestion that the “old” technology, despite some of its drawbacks, like worst conmrast ratio, is the best choice when trying to minimize the screen-door effect.  The Vive Cosmos also takes the resolution from 1080x 1280 on the original Vive to 1440×1700, which is a huge jump in pixels.

Resolution alone should not be the reason to choose a VR headset, but it is true that’s what consumers first look at, and when the HP Reverb offers 2160×2160 and costs $600, the Vive Cosmos may be facing some competition. Even Valve’s Index, if you already have the Lightouse system and controllers, will cost you around $500, and it has a resolution of 1440×1600. On the other side of the spectrum, you’ve the Oculus Rift S, with only 1280×1440, but a price of $399, and a whole library of titles that makes it one of the most popular headsets. 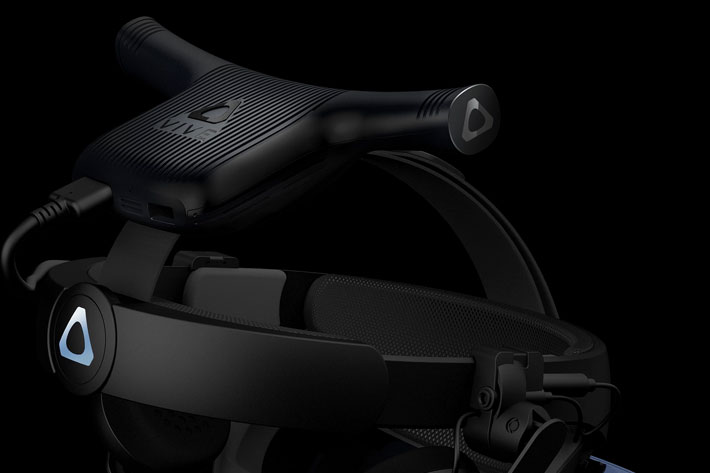 It’s true that the Vive Cosmos has some tricks up its sleeve. A unique flip-up design allows users to jump between reality and virtual reality in seconds—all without disrupting VR journeys. HTC also mentions “superior ergonomics and comfort” that allow for longer VR experiences “and integrated on-ear headphones provide fully immersive sound”. Cosmos also features completely redesigned controllers that maximize functionality within VR and offer extended comfort during long play sessions. Cosmos is also compatible with the Vive Wireless Adapter for those who want to enjoy moving in VR without being tethered.

The key  specifications of the new Vive Cosmos VR headset for PC:

The Vive Cosmos will launch globally on October 3 at $699, with pre-orders starting September 12.