Bigscreen, Inc. and Paramount Pictures announced a multi-year agreement to distribute classic 2D and 3D films in 10 countries worldwide through Bigscreen, and it starts now. 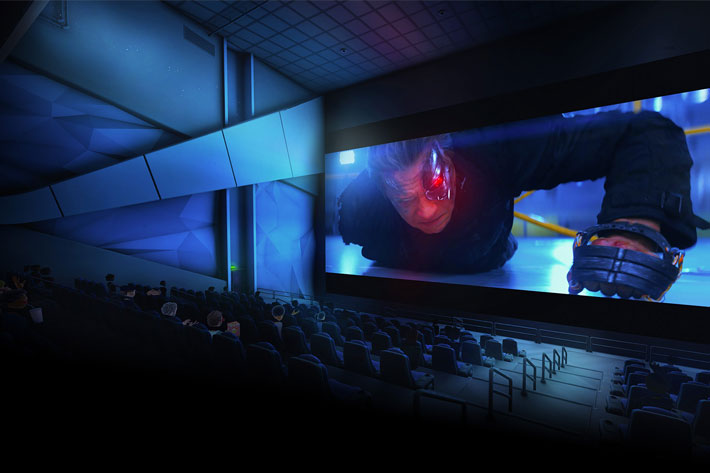 Since the experience of watching Top Gun 3D in Bigscreen, in 2017, everyone knew it was coming. Now Paramount Pictures and Bigscreen have signed an agreement to distribute movies in Virtual Reality.

Watching movies using a Virtual Reality headset is getting a boost with the new wave of Virtual Reality products that arrived to the market this year, from Valve, HP, Vive and Oculus, offering higher resolution than previous models. A popular entry level solution, due to its price, the Oculus Quest, which is now both a portable and tethered solution for watching content – and that is mostly sold out due to the high demand this season – is another contribution to the expansion of cinema watching using a VR headset.

Leading the new way to watch movies is Bigscreen, developers of a free app that can be used with most VR headsets, and that allows users to have a cinema experience without leaving home. What’s more, that experience can be shared with friends, even those away, through VR. This somehow contradicts the general – and wrong – idea that VR experiences keep people isolated, because through VR it is possible to share many experiences with friends, including cinema sessions, even if they are on the other side of the world.

Bigscreen shows that VR cinema gathering is a reality, and now announces the next step: a multi-year agreement to distribute classic 2D and 3D films in 10 countries worldwide through Bigscreen, the social VR movie watching platform. Four new movies will premiere in Bigscreen every week. Movies run for one week with a new lineup of movies available the following week. Films are broadcast live on a pay-per-view basis with scheduled showtimes every 30 minutes. December’s lineup includes blockbuster hits like Interstellar and Star Trek. 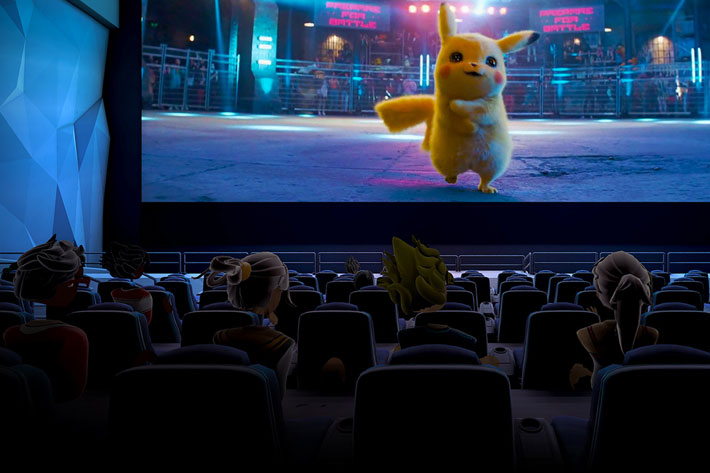 This is a bold move in a process that started in 2017, with Paramount Pictures and Bigscreen showing TopGun 3D in Virtual Reality for the first time, December 29 that year. The event was, according to Bigscreen, “a resounding success, with nearly 10,000 people coming into the Bigscreen VR movie theater to watch a 3D movie with friends. The average person stayed to watch an hour of the movie, and 15% of people finished the entire 2 hour movie. These are incredible numbers, proving that social movie watching in VR is a compelling and engaging use case.”

In March 2018 Bigscreen partnered with MGM to show Stargate Origins in Bigscreen. People could watch the first 2 episodes of Stargate Origins, behind-the-scenes content, and trailers. Then in July 2019, Bigscreen TV was introduced, with more than 50 channels allowing users to watch movies, news, anime, sports, and more in VR with friends.

From the SpaceX Falcon 9 launch or NASA’s Pegasus IX launch to festivals, game tournaments and other events, Bigscreen has shown that VR can be used for more than games and experiences, to offer the public a whole new way to watch a variety of content. Meanwhile, the free app has evolved, offering a variety of viewing rooms, from a modern-themed penthouse, introduced with the Bigscreen update, to a Modern Cinema announced in August 2019, a brand new environment designed, says Bigscreen, “to look like your local movie theater, and is perfect for watching movies with your friends in VR.” 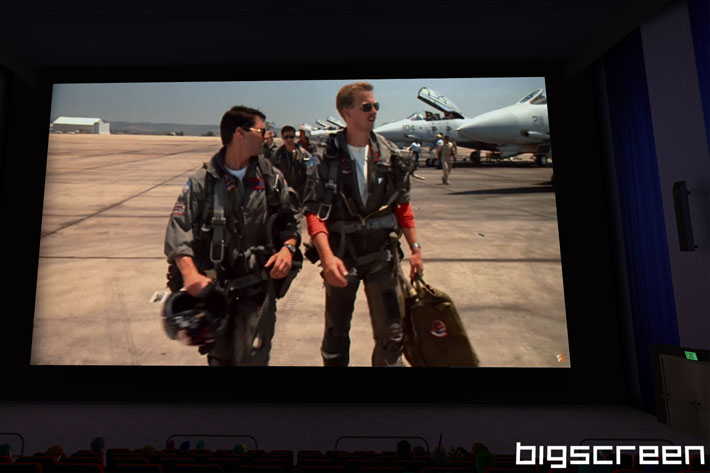 Now, through the Bigscreen and Paramount Pictures multi-year agreement to distribute movies in Virtual Reality, Bigscreen’s virtual reality software delivers a new home viewing experience with movie screenings available in 10 countries. For all those that for a variety of reasons can or do not want to leave home, this is a viable solution to “go to the cinema”, on their own or with friends using VR.

I’ve spent hours watching anything from science fiction short films in YouTube to movie trailers, 3D content and so many other things, and I love the fact that I can get the feeling of “going to the movies”, to which the viewing rooms created contribute. The advantage of these virtual  spaces is that they can be adapted, so Bigscreen will have a spaceship inspired theater for Star Trek besides an ’80s themed retro cinema for Indiana Jones, which is coming to the Bigscreen too.

Bigscreen’s virtual screenings will be available the United States, Canada, the United Kingdom, Germany, France, Spain, the Netherlands, Sweden, Australia, and Japan, and one can only hope that the list expands to other countries soon. Bigscreen can be downloaded for free from bigscreenvr.com and runs on the Oculus Quest, Oculus Rift, Oculus Go, HTC Vive, Valve Index, all SteamVR headsets, and all Microsoft Windows Mixed Reality headsets. Tickets, priced up to $5, can be purchased through Bigscreen’s website. 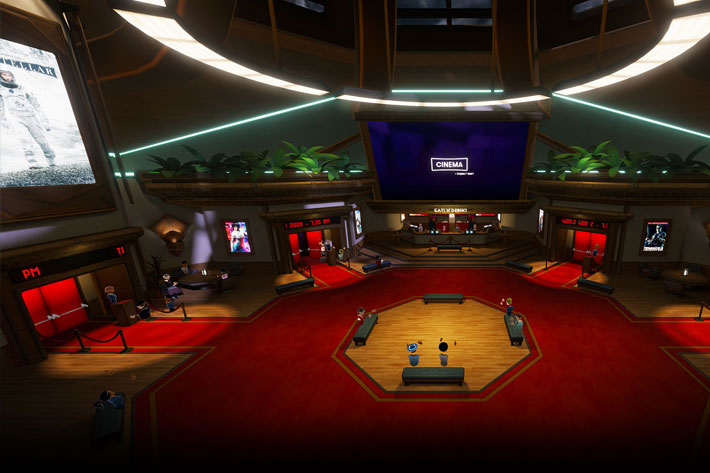 In Bigscreen’s virtual world, users can customize personal avatars, hang out in a virtual lobby, and voice chat with other movie fans. Movies are streamed on screens inside virtual cinemas, providing a social movie watching experience. There is also the option to grab your own popcorn and even throw tomatoes at the screen, although everything is virtual. There is one downside to these social gatherings in VR: if you like to watch your movies in peace, you’ll discover that’s not always possible, even with Bigscreen, as some users wander around and are there not to watch but to play. At least, there are no virtual smartphones in the theater…

These paid sessions will change things for the better, I believe. First, because the public is paying, they may actually want to see the movie. But Bigscreen offers users two options when they buy a ticket: watch with people around the world, or get your own personal movie theater to watch privately or with friends. It’s like video on-demand on your cable TV. It also offers some flexibility it terms of viewing: if you can’t finish watching the whole movie in one sitting, your ticket is still valid for showtimes within the next 48 hours. If the movie is still available, sit down and enjoy it. 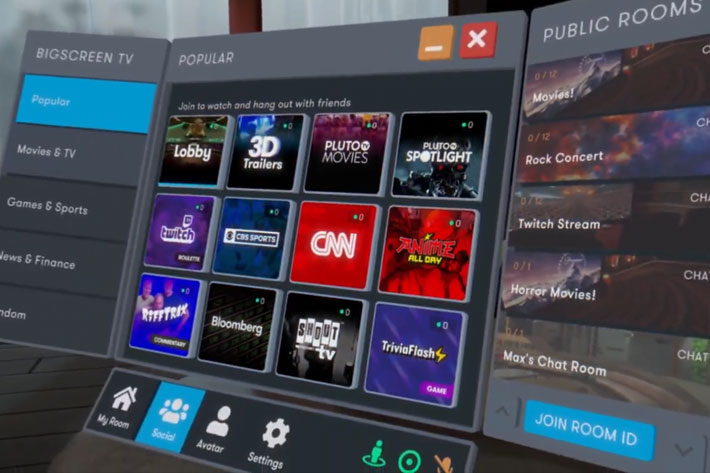 A place to see all 3D movies

“Bigscreen’s virtual reality platform offers a new way for fans to experience films in their homes,” said Bob Buchi, President, Worldwide Home Entertainment, Paramount Pictures.  “We’re excited to be a part of this experiment using cutting-edge technology to give fans a new entertainment option.” Darshan Shankar, CEO and Founder of Bigscreen added that “We are excited to enable fans around the world to chat and watch films together in our virtual movie theater.” 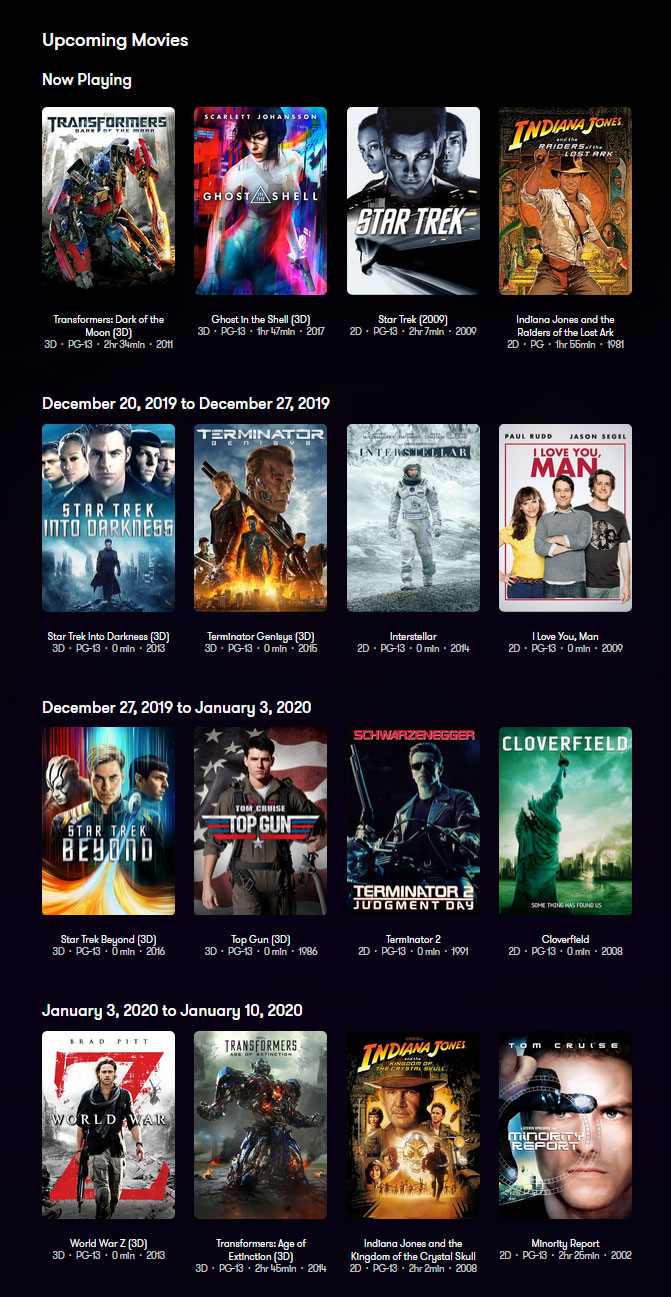 In addition to 2D screenings, Bigscreen will also broadcast select movies in 3D, and that’s something people should try, even if they have already dismissed 3D as a fad that is dead. Bigscreen’s rendering technology uses VR to create a perfect 3D picture in each eye, producing a level of depth and detail that is not possible with traditional 3D glasses.

Because it offers a new way to watch movies and what is probably the last stronghold for the 3D viewing experience, in ways that you may never have tried before, Bigscreen’s agreement with Paramount Pictures sounds like an exciting new frontier it terms of alternative options to watch the movies you like. One can only hope that the list of films distributed this way expands to include recent titles.

I understand that the price of access – $399 for the Oculus Quest – may be high for some, but the new options a VR headset opens in terms of watching content and now movies – an experience I hope moves forward – makes the investment worthwhile. If you love movies and are in a country with access to the new Paramount Pictures and Bigscreen experience, this is a new way to watch cinema without having to leave home. While nothing beats, in some aspects, the experience of going to a REAL theater, it is now possible to have a big cinema, with a variety of viewing theaters, in your living room.