Available today, in 23 countries, and with a list of 1000 titles to explore, the Oculus Go may look like a normal VR cheap headset, but there is nothing cheap about it, despite the low price. Is this the next step for stand alone wireless Virtual Reality? 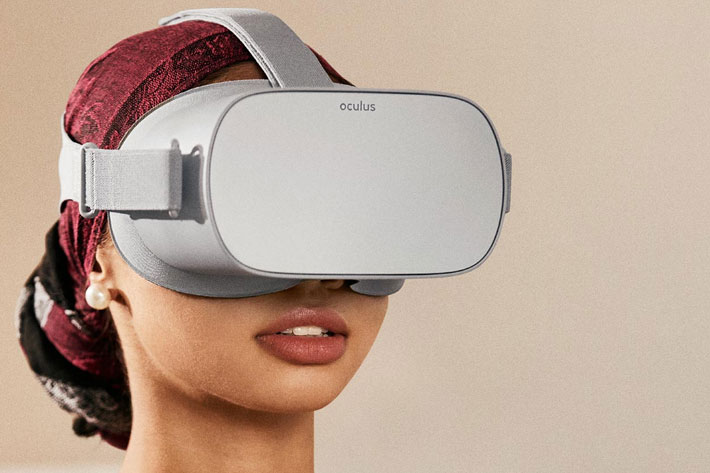 More convenient to use, even for those wearing eyeglasses, the Oculus Go offers a resolution of 2560 x 1440 and does not need headphones, a smartphone or even a PC to immerse you in VR. All this for $199.

Announced today as available around the world – in 23 countries – the first stand alone VR headset from Oculus, the Oculus Go, is not an absolute surprise, as the product was first revealed October 2017, and officially announced at CES 2018, last January, when Oculus confirmed it had entered a partnership with Xiaomi and Qualcomm Technologies, to deliver “the next generation of VR products at accessible prices to people worldwide.”

The Oculus Go, and the similar Mi VR Standalone from Xiaomi, a VR headset based on Oculus technology exclusively for the Chinese market, represents, according to Oculus, “the easiest way to jump into VR”, being “awesome for watching movies or concerts, playing games, or just hanging out with your friends in VR”. The invitation from Oculus is simple: Don’t break the bank, but “break free of the confines of traditional 2D screens with your favorite entertainment, level up your play style from inside the game, and spend quality time hanging out with friends—no matter how far apart you may be. Oculus Go delivers all this and more in a convenient standalone form factor and at an attractive price point that promises to radically change the game for consumer VR.”

Designed for comfort, even if you wear eyeglasses, the Oculus Go features a 538ppi 2560 x 1440 WQHD, fast-switch LCD display, which Oculus claims offers “the best optics of any VR system we’ve built at our most affordable price point yet”… in fact a higher resolution than the Oculus Rift. Priced at $199 USD for 32 GB of storage with a 64GB model available for $249 USD, the Oculus Go features built-in spatial audio and an integrated microphone that allow for maximum immersion straight out of the box, while headset weight, support straps, and the facial interface have all been optimized for the best fit and feel possible. And with no need to drop in a phone or power up a PC, it’s never been easier to share VR with friends.

The availability for the Oculus Go was revealed today, during F8, Facebook’s annual developer conference. Oculus also announced that because the company made the Oculus Go binary compatible with Gear VR, users have a library of more than 1,000 games, experiences and apps already available for the standalone headset.

According to Oculus, “the most talented VR developers in the world have been busy since OC4, creating updates for their previously launched titles as well as a bunch of brand-new content. Thanks to their hard work, there’s nearly 100 new and updated titles to try right now and more to follow in the coming months.

Essential for the Oculus Go to thrive, the content catalog has enough to cover the interests of a wide audience. Whether you’re facing down dinosaurs, heading to the frontlines of international journalism, or exploring outer space with NASA astronauts, Oculus Go is, says Oculus “your ticket to the best show around” offering endless exploration options and some of the best of entertainment VR has to offer. 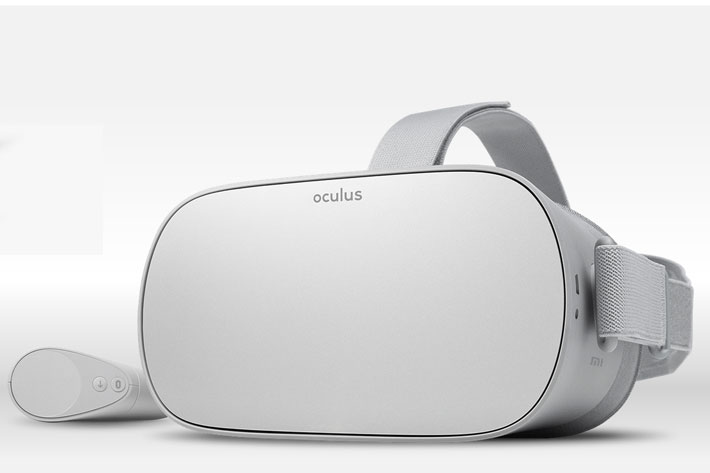 Equipped with an “old” Qualcomm Snapdragon 821 chip paired with Oculus’ automatic Dynamic Throttling feature, the Oculus Go offers, says the company, better energy efficiency, for smoother frame rates and a better overall experience. While battery life will vary depending on content, a built-in lithium ion battery will power about two hours for games to up to 2.5 hours for streaming media and video. Charging, though, will take longer than that, according to some sources…

The resolution of the system is, no doubt, one of the highlights. According to Oculus, “crystal-clear optics and our best lenses yet reduce the screen door effect and offer higher resolution than Oculus Rift. Lenses showcase a new display panel featuring 538ppi; 5.5” 2560 x 1440 WQHD resolution standard with fast-switch LCD screen for improved visual clarity.” The fact that you do not need to attach a smartphone to the headset is, I believe, another asset for the Oculus Go.

The Oculus Go features 3DOF head tracking instead of the more sophisticated 6DOF, something that Oculus hints will be coming with the Project Santa Cruz and its “untethered 6DOF magic”, which was shown last October at Oculus Connect. The company says that “ever since building Rift, our dream has been to bring the magic of a PC VR experience to an untethered form factor. That’s why we were so excited to share our early work with Santa Cruz at Oculus Connect last year. Although that first prototype had a full-blown mobile computer strapped to the back of your head, the feeling of freedom you got when first experiencing fully untethered positionally-tracked VR remains unparalleled.”

Having spent some time with cheap VR solutions, which are difficult to setup, offer low quality graphics and always need to be paired with a smartphone and headphones, besides not being comfortable to wear, I must say the promise of the Oculus Go seems to be a major step forward to make 2018 the year of VR. The Oculus Go does not offer you the PC experience of VR, but the accessible price and the vast library – although some of it will not show the best of the Go – offered from day one may help to expand the Virtual Reality audience.  It’s probably not for hardcore users of more expensive headsets, but for many people may just be the right reason and tool to jump into VR. 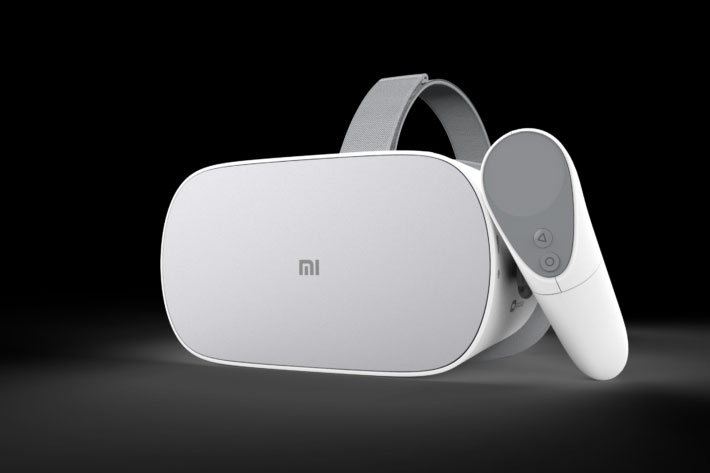 From watching Netflix films with your friends to playing games or trying new immersion experiences, the Oculus Go helps to take the industry a new step forward. I am quite curious to see how the market develops with the arrival of this new product, and how VR will evolve in 2018. With this set, showing VR to someone else offers, no doubt, a better experience than it is possible to achieve with many of the cheap VR headsets available.

Meanwhile, Oculus is getting ready to invite developers to explore the Oculus Go. May 4 those interested may ask members of the Oculus team about developing for the standalone device,  listen to recommendations on how to optimize apps for Oculus Go, and more. For Oculus is just the beginning, as over the coming weeks the company will be sharing tons of Oculus Go best practices and tips from developers.