Virtual Reality headsets are not limited to VR, and the new generation, with higher resolutions, makes it exciting to see VR content but also to watch movies… in different ways. 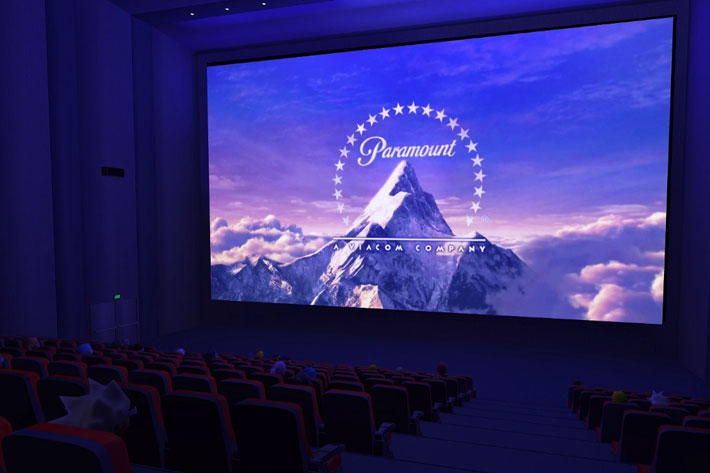 With the right software, owners of Virtual Reality headsets can visit virtual worlds, but also watch movies in 3D and see their preferred movies on a 110-foot Bigscreen, at home.

The new generation of VR headsets, covered here at ProVideo Coalition recently, serves for more than exploring virtual reality worlds. In fact, as suggested in the previous article, the new hardware and the software available make it viable to watch movies at resolutions that were not possible to achieve with most of the first generation headsets. We’re moving from the 1080 x1200 per eye of the original Oculus Rift to 2160 x 2160 per eye featured on the HP Reverb.

The new resolutions, which offer, in the case of the HP Reverb, a “screen” with 4320 x 2160 pixels, exceed the 4K DCI used by Hollywood, pointing to where the industry seems to go now. With headsets offering higher resolutions, while designs make them more comfortable to use for longer periods, it’s only natural that more people get interested in VR. Not just because of VR itself, but because VR headsets open the doors to a whole series of experiences that most of us would probably never take home. One good example is 3D content. 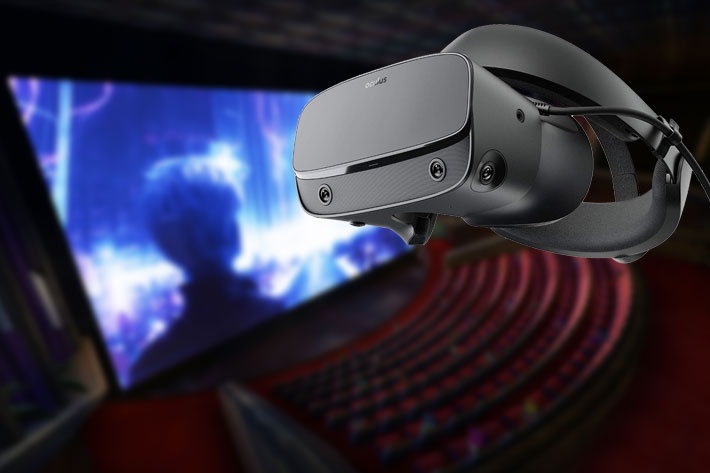 3D TV may be dead, but 3D lives inside VR headsets

Yes, 3D TV is dead, everybody says. We’ve a 3D TV at home and we do not even think about its 3D features. But once I tried 3D using a VR headset to watch 3D movies and demonstrations available online, I was hooked. While the resolution of the Oculus Rift I am using is not great – it’s a 2160 x 1200 screen – the fact that I can use the same headset for multiple things makes it worthwhile to invest in a VR Head Mounted Display. Not as the substitute to every other screen you have at home, but as another option added to your list of technology devices used to explore content.

The hype around 3D TV and movies is gone, but 3D is not dead. I believe the problem with some technologies is that people create the idea  – and the media have a lot of responsibility for this – that they are going to take the place of everything else; they are not! In fact, radio is still around despite the fact that some believed television would kill it, and cinema is also not dead because video appeared. There is, from where I see it, space for all these things, because in the end what they offer us is excellent: different ways to view content. 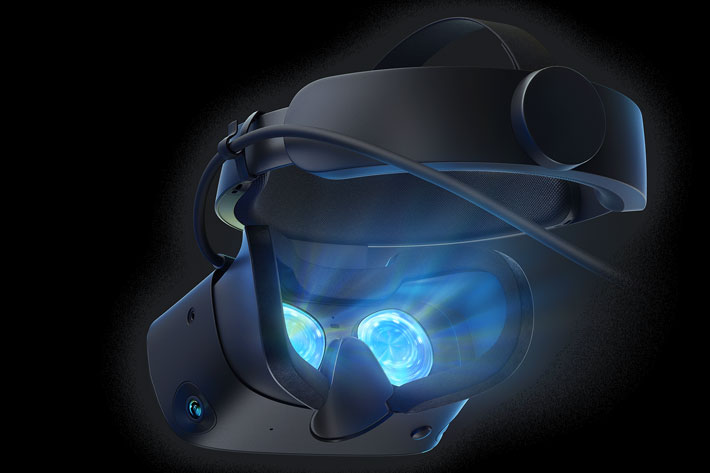 The Oculus Rift S and other headsets

The 3D options available to users of VR headsets make it almost a sin not to search for 3D content. There is a growing number of websites offering both free and paid content, with everything from documentaries to movies, and you don’t need to own a 3D TV to watch them. While there are different ways to watch some of these movies, like with anaglyphic (blue/red) 3D glasses, the best option to watch 3D movies is, I believe, with a VR headset, where you can control important elements as the distance between the eye-pupils. Also, a VR headset allows users to watch 3D content on a big screen, which may well be a reason to invest in one of the modern headsets, from Oculus, Vive, HP, Acer or Valve.

One key element to remember is that while standalone VR headsets, like the recent Oculus Quest, allow users to watch content almost anywhere, the head mounted displays used with computers offer, usually, higher resolutions and, what is essential, the power to move all those pixels on screen. If you just want to watch movies in Full HD or 2K, standalone headsets may be enough, but if you intend to watch higher resolution content in 3D or VR, buying a headset that works with a computer is the best option.

The new Oculus Rift S is, in that sense, one of the best options available, despite its small bump in terms of resolution: while the standard Rift has 1080 x 1200 resolution per eye, the Rift S has 1280 x 1440 per eye, which translates into a 2560×1440 screen, this without using Super Sampling to achieve a higher resolution. The Oculus Rift S is an excellent compromise if you’re after an accessible headset for everything from movies to games. 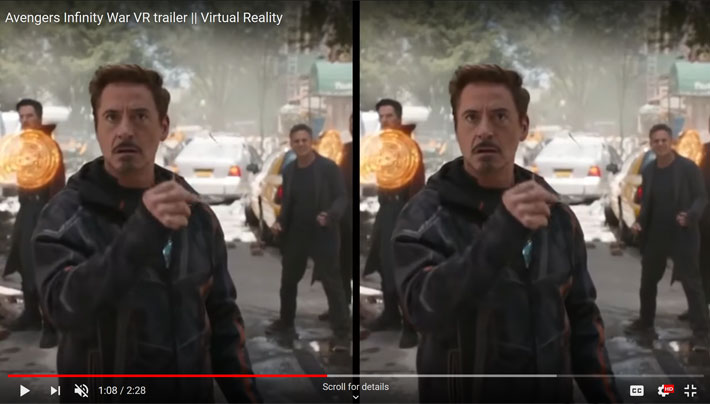 Despite the claims that 3D was a fad and is now dead, 3D movies continue to be released frequently. In fact, not just movies, but everything from documentaries to concerts and other programs appear online, either to watch streaming or to download. Having a VR headset and the right software makes it easy to tap on this “hidden” source for an expanded experience in terms of 3D content, which can come in different formats.

SBS 3D or side-by-side 3D is the most popular solution, despite the fact that it generally works by halving the horizontal resolution of the image. Because it does not need more bandwidth than regular HD content, it’s not difficult to watch SBS 3D videos online. “Google” after the term and you’ll find a variety of content, starting with YouTube. Some of the demos created by companies as Sony or LG to promote their 3D TV sets are good examples of content you can (re) discover using a VR headset.

Exploring the 3D content available is only one of the advantages of using a VR headset. One of the most interesting options is the ability to create a VR movie theater in the comfort of your home, to watch movies. With VR you can create a cinema environment that features a 110-foot screen that allows you to watch movies as if you were in a virtual theater. 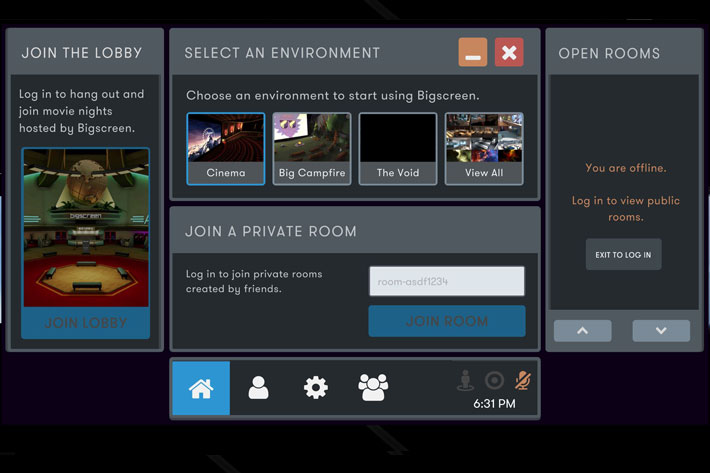 While I do believe the experience of watching a movie in a cinema is nothing that can be emulated, having a virtual theater at home – with such a big screen – is an exciting alternative, especially if, like me, you’re tired of cinemagoers that use their smartphones, talk all the time and spill coke and popcorn everywhere.  Furthermore, the VR movie theater can be shared with friends, online, meaning you can go to the movies with company. You’ll not see your friends, but the avatars they created and whom you invited to the session. Or you can have the whole cinema for yourself!

The market is packed with apps that allow you to have your own virtual theater to watch movies and other content. Some offer you a selection of videos and experiences included, others try to sell you episodic content. After having tried a handful of them, I’ve settled for Bigscreen, one of the most popular apps, used as a virtual living room to watch movies, play video games, browse the web, and hangout with friends. 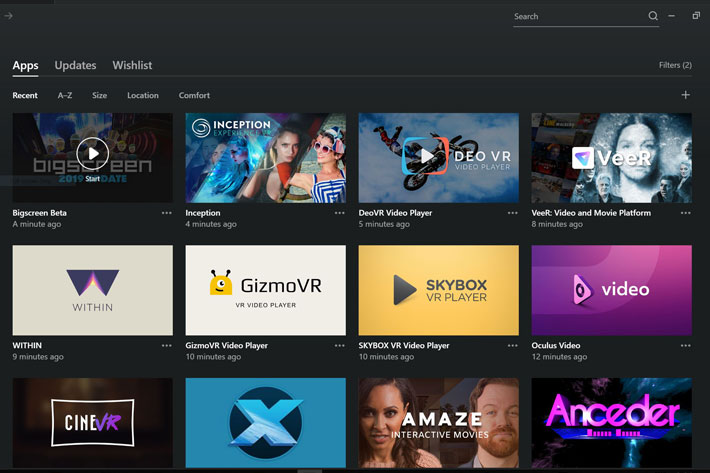 Founded in 2014, Bigscreen is a California-based startup creating an immersive virtual reality telepresence platform that aims to revolutionize the way people work, play, hangout, and collaborate. Since the beta launch in March 2016, Bigscreen has become one of the most popular and highest rated VR apps on the Oculus Store and has an incredible 93% positive rating on Steam. Power users spend 20-30 hours per week in Bigscreen, making it one of the most widely used “killer apps” in the industry. 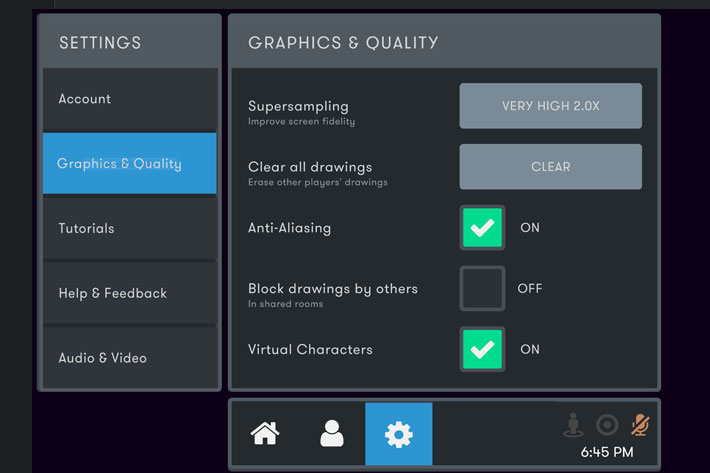 Bigscreen lets people use their Windows PC on huge virtual screens in virtual environments like campfires and movie theaters. Any Windows PC application, from YouTube to PC games, can be used in Bigscreen. With Bigscreen, users can watch a Netflix show or a Twitch stream in an IMAX-like virtual movie theater.

Bigscreen is available for free with cross-platform support on all leading VR headsets, including the Oculus Quest, Oculus Go, Oculus Rift S, Samsung GearVR, Valve Index, HP Reverb, and more. All SteamVR and Windows Mixed Reality headsets are supported too, says the company. 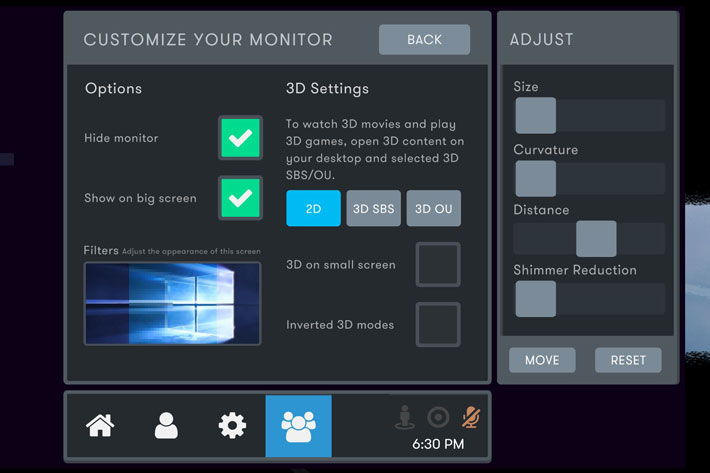 VR as something you use every day

With Bigscreen you can watch your favorite movies with friends and family around the world in a cozy home theater or a massive IMAX-style cinema, selecting from the environments available, a number that is growing.  This year, an update introduced real-time raytracing lighting effects, new environments, new avatars, new VR UI, a Windows audio driver, and more. According to the team behind the product, “this update has many user-requested features and fixes some of the biggest bugs & problems that our users have experienced.”

The app has been regularly updated in recent weeks, and there are surprises promised for very soon. While there are performance limitations, Bigscreen represents the “state of the art” in terms of what is possible today using VR to create your own cinema at home.

Bigscreen became a huge part of my voyage of discovery of VR, and watching some of the most recent movie trailers using it is an exciting experience that will convince you, if you’ve a chance to try it. But don’t just take my words. The website UploadVR wrote “Bigscreen combines the power and utility of your desktop computer, with the limitless and immersive presence of VR, to create a one-of-a-kind social experience”, while Polygon said “That ability to display whatever I want, in whatever size, shape and placement I prefer, that has me the most excited about virtual reality.” Engadget adds to these comments the following note: “An important step toward turning VR from a once-in-a-blue-moon experience into something you use every day”.