The Oculus Quest is the winner in Black Friday, Cyber Monday and Christmas sales. The announcement of the Link cable connection to PC has played an important role in its success. 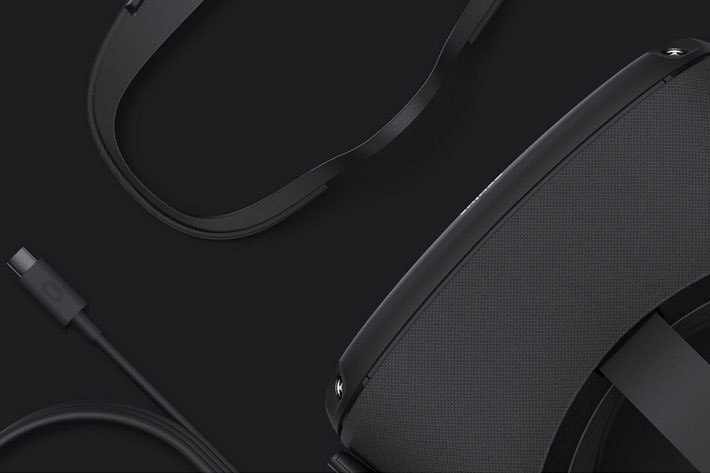 Oculus decision to add a cable to connect the Oculus Quest to a PC transformed the VR headset in the most versatile solution now available. For newcomers and others, right in time for Christmas.

Somehow unexpectedly, after touting the Oculus Quest Virtual Reality headset as a “no PC, no wires, no limits” solution to watch a variety of content, Oculus announced that Quest users would be able to connect the VR headset to a PC. The option to use it tethered made users of the Oculus Rift S, which is a “only” tethered VR headset, feel that Oculus had forgotten them: on paper the Quest is better (read my previous article) than the Rift S, and the only apparent advantages of the Rift S were the vast library of titles it has (expanding and inherited from the original Oculus Rift), and the fact that it uses a PC to power the apps, a more powerful solution than the Qualcomm Snapdragon 835 mobile processor, used by the Quest. The library is now common, so only the effective power of the Quest to run the Rift S titles – or some of them – is the question now.

The announcement by Oculus, at its Oculus Connect 6 event, that the Oculus Link software and cable would make the Quest a tethered and non-tethered VR headset caught everyone by surprise,  and the first reaction from the public and many reviewers was that the Rift S, made by Oculus in partnership with Lenovo, was immediately considered “dead”. The VR headset, which had a lukewarm reception because it is not a huge step forward from the original Oculus Rift, was now facing competition from the Quest. 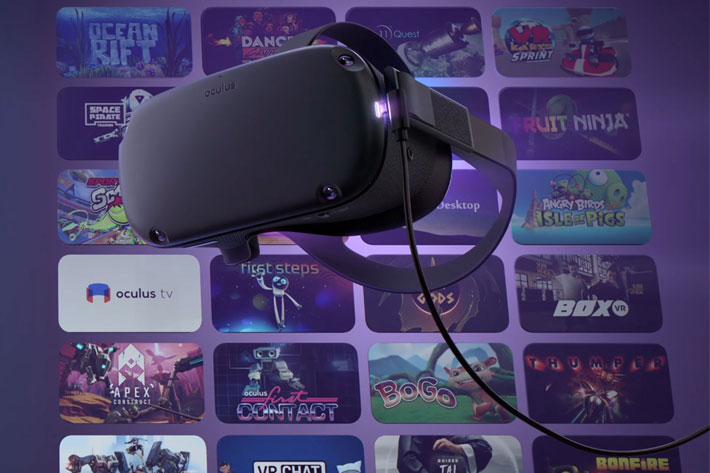 The Quest+Link points towards the future

The unexpected announcement that transformed the Quest in more than a portable VR headset, made the Quest the “new darling” of the crowds, even if at Oculus Connect 6, John Carmack, CTO from Oculus, confirmed that the quality of image is inferior to the Rift S, and some latency is to be expected. As I wrote then, “this may be important for gamers, but may not be as important for cultural experiences and for movie watching.” After testing the Link option for a couple of weeks now, after what was an adventure to get a cable to make it work, I can say that the Quest+Link solution is the future (until wireless enters the scene, I believe), and may well satisfy many users, but it’s not perfect, although it points a path forward.

The software that activates the Link option was made available mid-November, and everybody wanted to try it, but with the beta support came the note that Oculus Link does not work – officially – on any AMD GPUs, something that Oculus wants to change in the future, adding support for as many cards as possible. Even on Nvidia, some cards are not supported. So, if you’re planning on getting the Oculus Quest and Link, check compatibility with your PC. Also, remember you’ll need a powerful PC if you want to play games, even those from the Rift. That may be, as far as I see one of the big issue with the Quest, although the problem may not be only the headset, but the cable used to connect it. 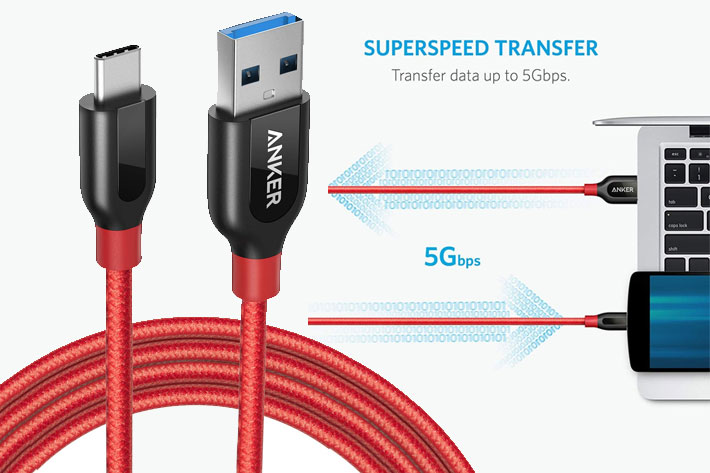 My kingdom for a USB 3.0 cable… that works

The cable that comes with the Oculus Quest does not support Oculus Link, as it is only a USB 2.0 cable, used to charge the headset. Oculus will have a 5 meter optical cable made on purpose for the Link, which will make the most of the connection, but is expected to cost $75, so it will be an optional accessory users have to buy, as I don’t see Oculus giving it away with the Quest for the actual price of the headset. But Oculus could well include a normal USB 3.0 cable in the package, as USB 3.0 cables can be found in the market for around $10. The problem, as everybody has discovered, is finding a cable that works and is long enough for people to use the Quest. 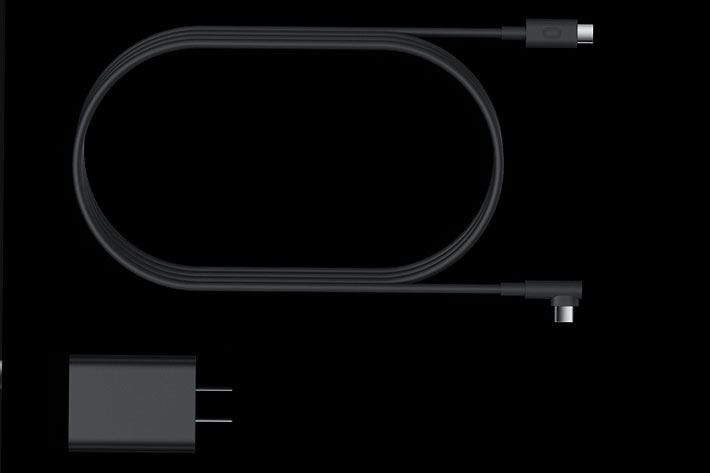 When the Oculus Link software was released, Oculus said that any high quality USB 3.0 cable will work, but buying a good quality USB 3.0 cable online is a bit like betting on the lottery. Oculus pointed to a 3 meter cable from Anker that they used and should do the trick, but unfortunately not even Amazon has the cable everywhere. Users in Europe were presented a 90cm cable that was too short, and the 3 meter cables available – and that worked – were all sold out at a fast pace.

People used the most diverse strategies to get their Quest+Link working, trying extension cables and every other cable they could get their hands on, and there are many happy stories, but there are also signs of the problems cables, a variety of USB 3.0 specifications – even on the same computer – and different computers create to what should be a plug-and-play situation. Being in Europe, I ordered a cable from Amazon Germany, the only place where I found a red USB 3.0 from Anker that looked good enough (beware, many long cables have a USB-C port connection, but are only USB 2.0), but the longest I found had 1.8 meters. 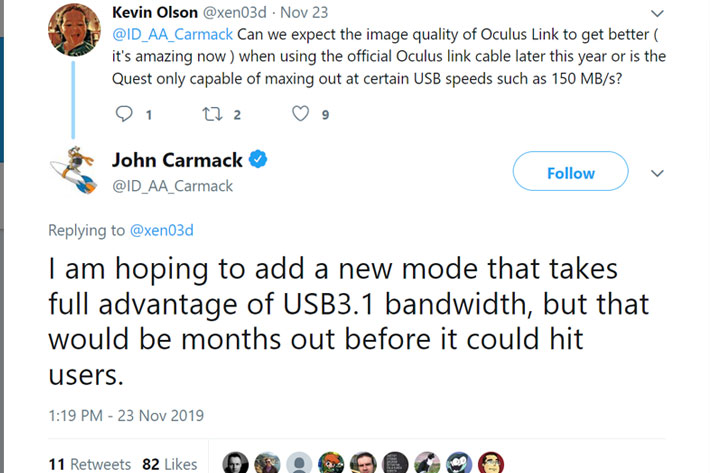 Taking full advantage of USB3.1 bandwidth is next

The Anker cable works well, and for my testing with essentially sitting down experiences, the length is OK, as I connected it to the front USB 3.0 ports on my PC, but a longer cable – some users want to have a 5 meter cable – is convenient for regular use. The cable is a key element for the transfer of data from the computer to the Quest, and besides the length, it is also important that the cable is of high-quality… and that your USB 3.0 ports work with it.

The quality of the image when using the Link suffers from compression, and the transfer speed limitations may play a part in what is seen on the Quest, but this is still a beta, so it is logical that Oculus will be able to make it better with time. Replying to a user on Twitter about the potential for the official Oculus Link cable to change things, John Carmack said this: “I am hoping to add a new mode that takes full advantage of USB 3.1 bandwidth, but that would be months out before it could hit users.”

The potential for improvement does not stop there, as when asked if the Qualcomm Snapdragon 835 mobile processor ability to decompress a higher quality video feed without increasing latency may be a bottleneck he replied this: “I have a couple plans to work around it. Note that the current version isn’t at the 835 limit, we reduced the resolution for better encoder compatibility on the PC side. That will be going back up as we get more data.” 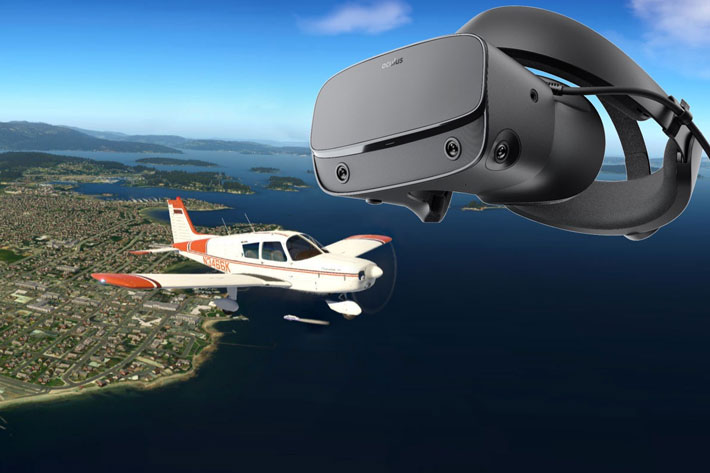 The Oculus Rift S is better, for now

So, there are plans to improve the output and make the Oculus Quest even more desirable as a solution. In fact, if Oculus succeeds in rendering the image with the full resolution of the Quest without sacrificing latency, the Quest’s image could become more detailled. As it is now, from my own experience, the Oculus Rift S offers a better visual experience, which may also be due to the full RGB matrix used, which looksd sharper than the OLED screens on the Quest. This may explain why some of the recent VR headsets, from the HP Reverb to the Valve Index opted for RGG screens instead of OLED.

At the moment, visually speaking, the Oculus Rift S has the upper hand, besides it running better than the Quest, without any latency problems. If you want a headset to also play flight simulations – from DCS to X-Plane 11 or the coming Microsoft Flight Simulator, when it gets VR – and computer games on platforms as Steam or the Epic Store, the Rift S is the logic choice. On the other hand, if you want a portable, take anywhere VR headset for experiences and for watching movies – the reasons why this article makes sense here at PVC – the Quest with the Link option may well be the best investment you make. The Link software is still in beta, and it can only get better, while it also points to the future, with its ability to connect the Quest to a PC or work independently. The Quest, allowing you to tap the Rift S library when connected, and offering you a IMAX experience for movies while tethered or even when untethered, means you can watch movies on a big screen anywhere; it is a dream for anyone who likes to have choices when it comes to watching a variety of content. 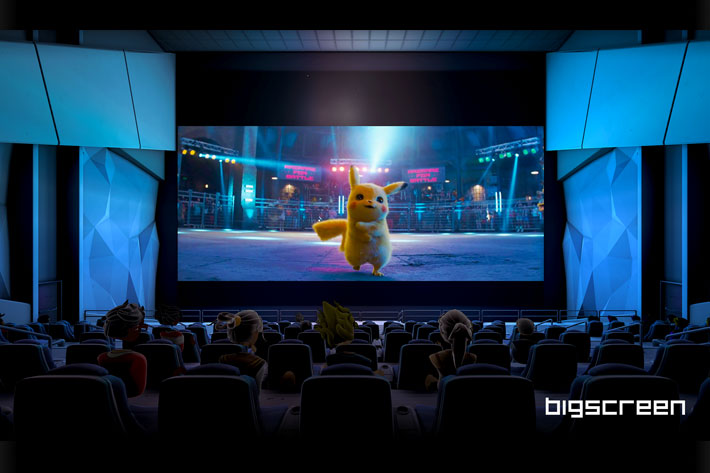 Quest 2, WiFi 6 and an uncomfortable strap

A next generation unthethered VR headset may also be in the future, a Quest 2, using the power of Wi-Fi 6, which achieves four times higher network bandwidth and four times more concurrent users than Wi-Fi 5, as well as reducing the average network latency from 30 milliseconds to 20 milliseconds. One thing has to change, though: Oculus needs to make any future Quest as comfortable as the Rift S. The halo band solution used for the Rift S is much more comfortable, making it easier to go through a long movie session, something that Oculus has to consider, urgently.

Users at Oculus forum point out that “the stock Quest headstrap is very uncomfortable after wearing it for a period of time. For some this is as short as 20 minutes. This discomfort can appear as pressure in the cheeks, along the forehead and even pain in the back of the head and neck.” Different suggestions point to the need to redesign the original strap, and the choice goes for a Rift S halo type strap, which confirms my experience with both headsets.

Despite the problems, the Oculus Quest was, apparently, the most sold VR headset this season, to the point that it is sold out and many potential users will not have it in time for Christmas.  The fact that it can work on its own and also connect to a PC and tap the whole library of titles from the Rift S, besides accessing VR software from Steam and allowing users to play apps not available through Oculus Store, makes it a very desirable solution, with an unbeatable price: $399 for the 64GB version, which is more than enough if you intend to use it connected too. 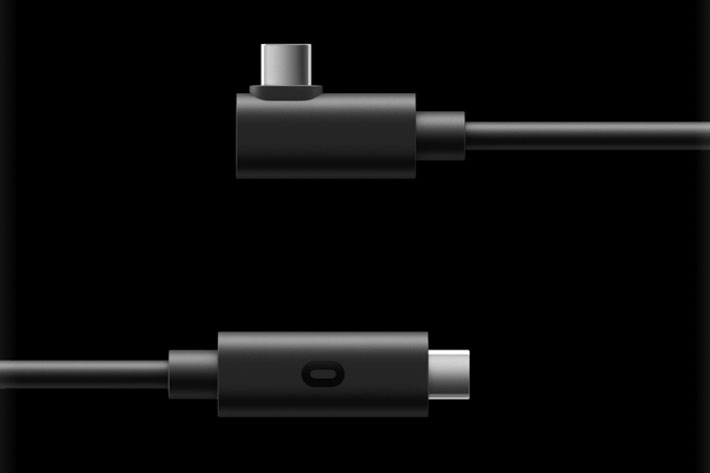 Knowing all this, one has to ask if the decision to give the Quest, originally presented as a “no PC, no wires, no limits” solution, a cable to Link to PC, was an afterthought, a last minute decision, or a marketing plan executed and timed to be announced right after Vive introduced the Cosmos VR headset, compatible with the Vive Wireless Adapter for those who want to enjoy moving in VR without being tethered. Did Oculus imagine a last minute solution to offer its Quest a way to tap the Rift S library, by using a cable, or was it all orchestrated to make the Quest the most popular VR headset this Christmas? Someone at Oculus might have the answer…