For those who don’t need MIDI, the new iRig Pre HD audio interface from IK Multimedia has quickly superseded the iRig Pro I/O only 3 months later, and has solved the concern I reported. The third is the charm! 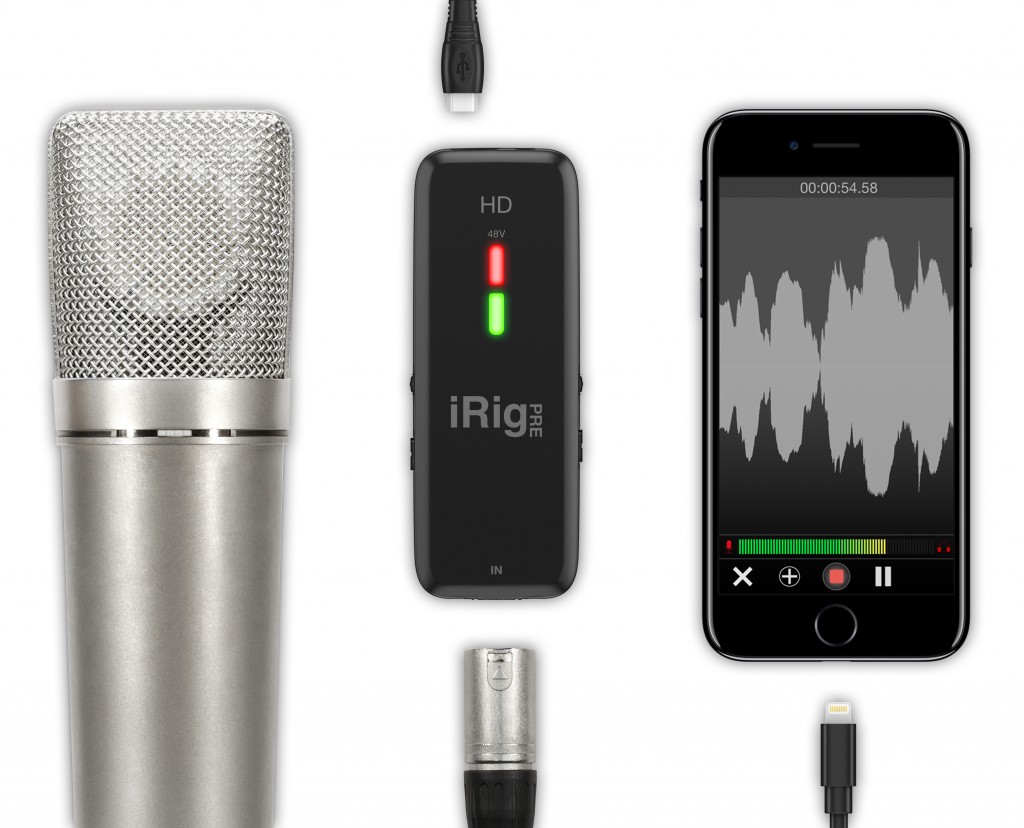 In this article, I’ll review the new <US$100 iRig Pre HD cross platform audio interface, with preamp and A-to-D converter. If this sounds familiar, it’s because it was only 3 months ago that I reviewed the >US$150 iRig Pro I/O, whose notable missing feature was latency-free monitoring. The new <US$100 iRig Pre HD indeed has true latency-free monitoring, costs US$50 less, although it lacks MIDI. When I say “multi-platform”, I mean compatibility with Apple’s Lightning connector (used on all current iOS devices, including the iPhone/iPad/iPod Touch) and USB for compliant-Android, Chromebook, Mac and Windows devices. I am also including a 9-point pro/con comparison to its closest competitor on the market, the <US$150 i-XLR from RØDE (which is Lightning-only), including a test recording to hear the preamp and A-to-D quality, specs and practical pros/cons, and a “How to choose” section. 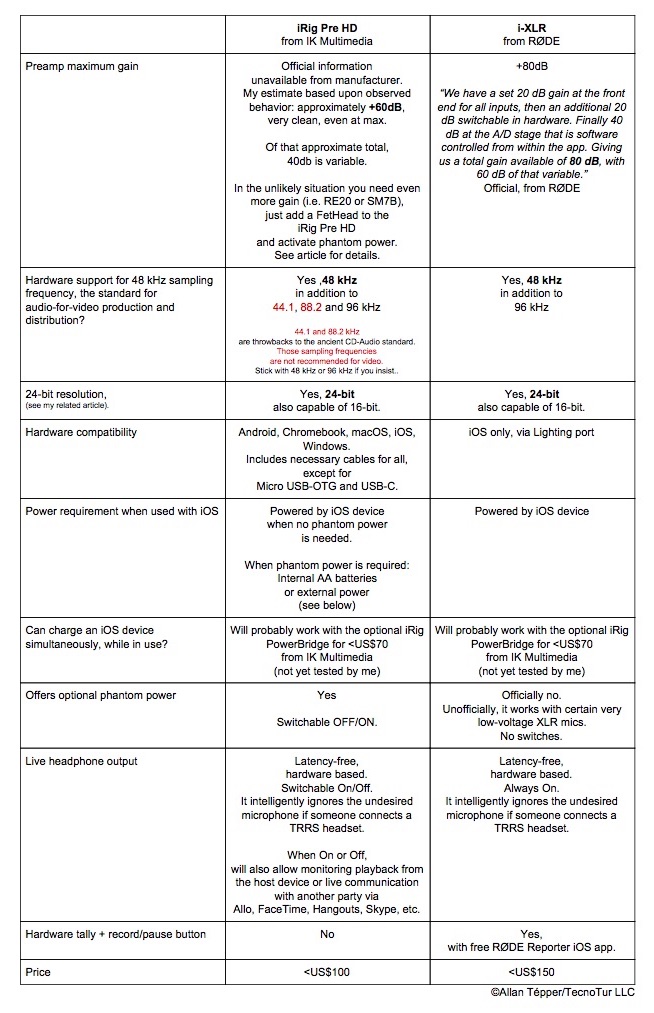 IK Multimedia has not published any spec for the official maximum gain of the iRig Pre HD (Amazon — B&H), but based on my observations, it seems to be approximately +60dB max. With the Shure SM58 (Amazon • B&H) , I had to set it about 64% to get our desired -12dB in raw recordings. However, I was happily surprised to hear a clear signal even at near max. In fact, it seems much cleaner than the preamps in the <US$270 Zoom H5 recorder (whose max gain is officially +52db, (Amazon • B&H) when both are at near max. Fortunately, with the iRig Pro I/O, I didn’t hear hiss or noise, as typically happens when you bring most preamps near to the max. The Shure SM58 dynamic microphone is not the gain hungriest dynamic mic on the planet, and it isn’t the hottest either, but it is much more so than most condenser mics. The SM57 and SM58 are closer to the middle of the dynamic mic spectrum. If you plan to use the iRig Pro I/O with one of the gain-hungriest dynamic mics, like the Audio Technica RE20 or the Shure SM7B,

On the other hand, as covered in my review of the i-XLR (Amazon link • B&H link), RØDE has explained that the i-XLR has a max of +80dB. That is plenty of gain for even the hungriest dynamic mic. With the palindromic Shure 545, I had to set the i-XLR’s gain to absolute minimum to get -12db (with the attenuator Off). However, the i-XLR is a one trick pony (iOS only/Lightning only) and does not officially offer phantom power. The i-XLR is intended to be used with dynamic mics or self-powered condenser mics (i.e. with batteries inside).

Fortunately, both the iRig Pre HD and the i-XLR offer 48kHz, the absolute standard for audio sampling for video production and distribution. See my related article All audio production & distribution should go 48 kHz.

In terms of resolution, fortunately both also offer 24-bit. See my related article: Understanding 24-bit vs 16-bit audio production & distribution to understand the advantages of recording 24-bit even when not planning to distribute 24-bit.

The iRig Pre HD is extremely versatile, including compatibility for compliant Android, Chromebook, macOS, iOS, Windows, including necessary cables, except for Androids that use Micro-USB-OTG or USB-C. Unlike the iRig Pro I/O I covered back in August, the iRig Pre HD does not include MIDI.

On the other hand, the i-XLR is a one-trick-pony, offering only iOS via the Lightning port.

The new iRig Pre HD absolutely offers switchable 48-volt phantom power, either to power a condenser microphone, or to power a FetHead (B&H ) if necessary to use with an extremely gain-hungry dynamic mic like an RE-20 or SM7B.

The i-XLR officially offers no phantom power. However, some other users and I have discovered that it does power a few XLR condenser mics that demand very low voltage. 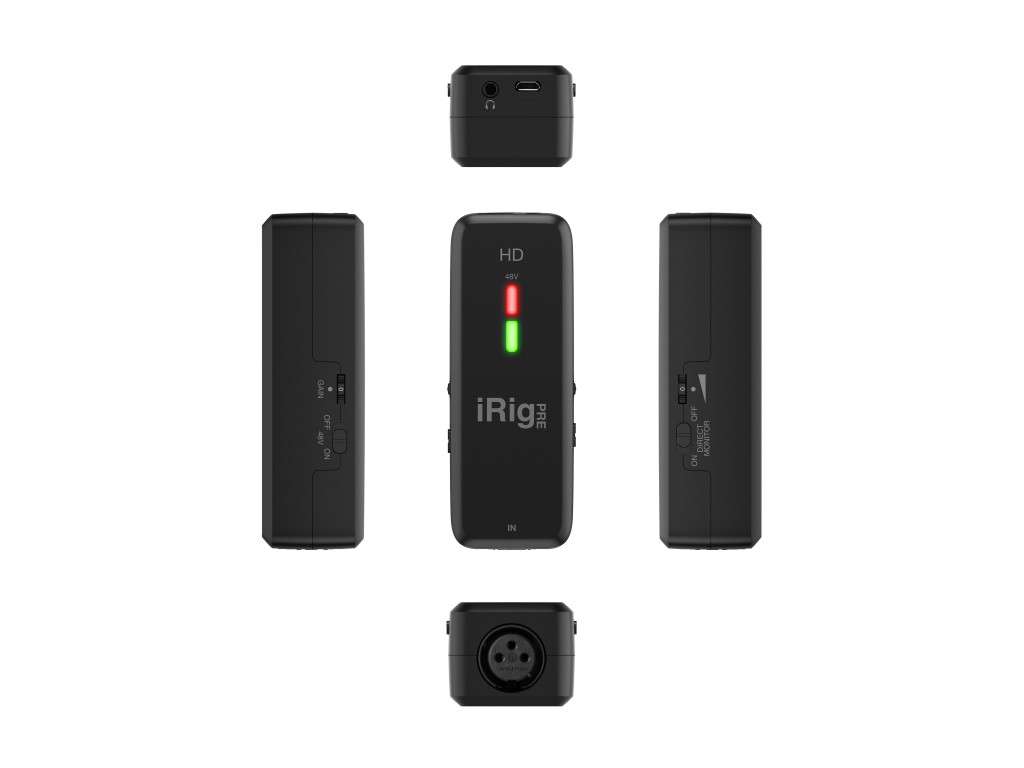 Unlike its two predecessors, the new iRig Pre HD has a 3.5 mm jack for a stereo 3.5 mm headphone including hardware-based latency free monitoring! This means two things: 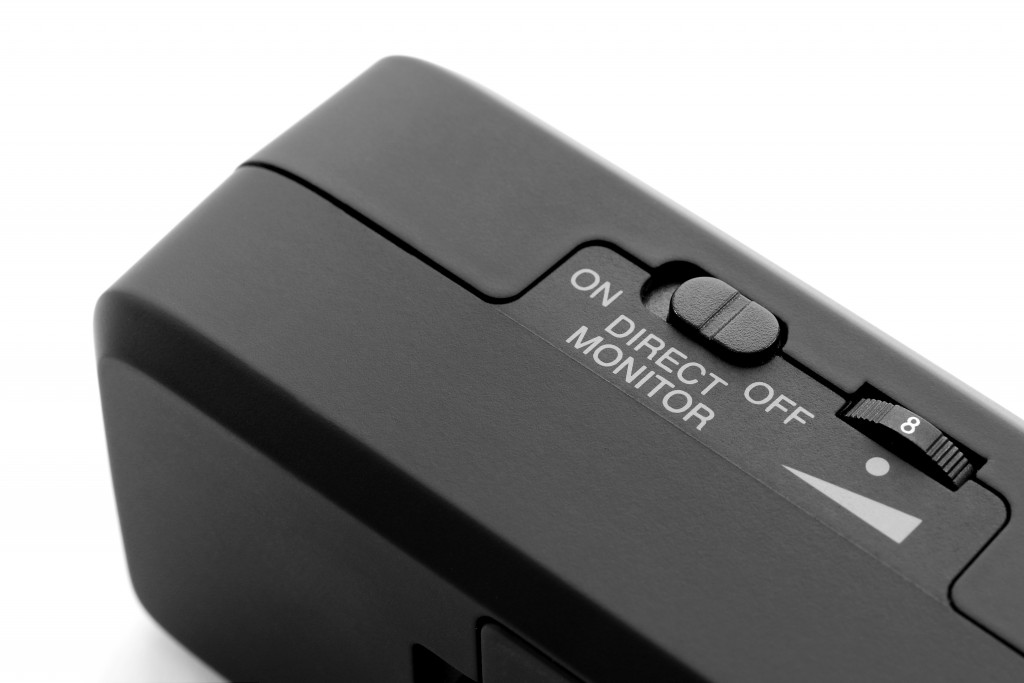 There is an ON/OFF switch in case you don’t want to hear yourself. In either position, you can still hear playback from the host device, or the voice of the other person if you are connected live via Allo, FaceTime, Hangouts, Skype, etc. It is aso confirmed that (just like the i-XLR), the iRig Pre HD will also work properly even if you connect a TRRS headset, and will intelligently ignore its microphone.

See my TS/TRS/TRRS/TRRRS: Combating the misconnection epidemic (illustrated above).

Conclusions, and how to choose a single-source XLR interface for your mobile device

I titled the this section as such, because it is not feasible to give a summary of advice for a laptop or desktop computer, given the enormous number of desktop/AC-powered options available, of which there are also many, and I have reviewed several before. That’s why this summary and guide is for mobile devices only, i.e. phones and tablets, and for a single-source XLR.

IF YOUR PHONE OR TABLET IS ANDROID

If your phone or tablet is Android and compliant, and you want to record from a single XLR source while bypassing the (typically inferior) preamp and A-to-D converter in your Android device (if it even exists), then the iRig Pre HD (Amazon • B&H) is your only logical option, since the i-XLR does not work with Android at all. Just remember to get your appropriate cable or adapter, depending upon the connection of your compliant Android.

IF YOUR PHONE OR TABLET IS/ARE EXCLUSIVELY iOS
If your phone or tablet is iOS (iPhone, iPad or iPod Touch) and you don’t have any need to use your audio interface with a different platform beyond, and you also want to record from a single XLR source while bypassing the (typically inferior) preamp and A-to-D converter (which disappeared anyway starting with the iPhone 7 and iPhone 7 Plus) then other factors should affect your decision:

Click here to save US$20 on Project Fi, Google’s mobile telephone and data service which I have covered in these articles. I’ve been using it since its birth in 2015 and I love it.