Conventional wisdom says that condenser mics are too sensitive to be used in an untreated room. The RØDE Broadcaster proves to be an exception. 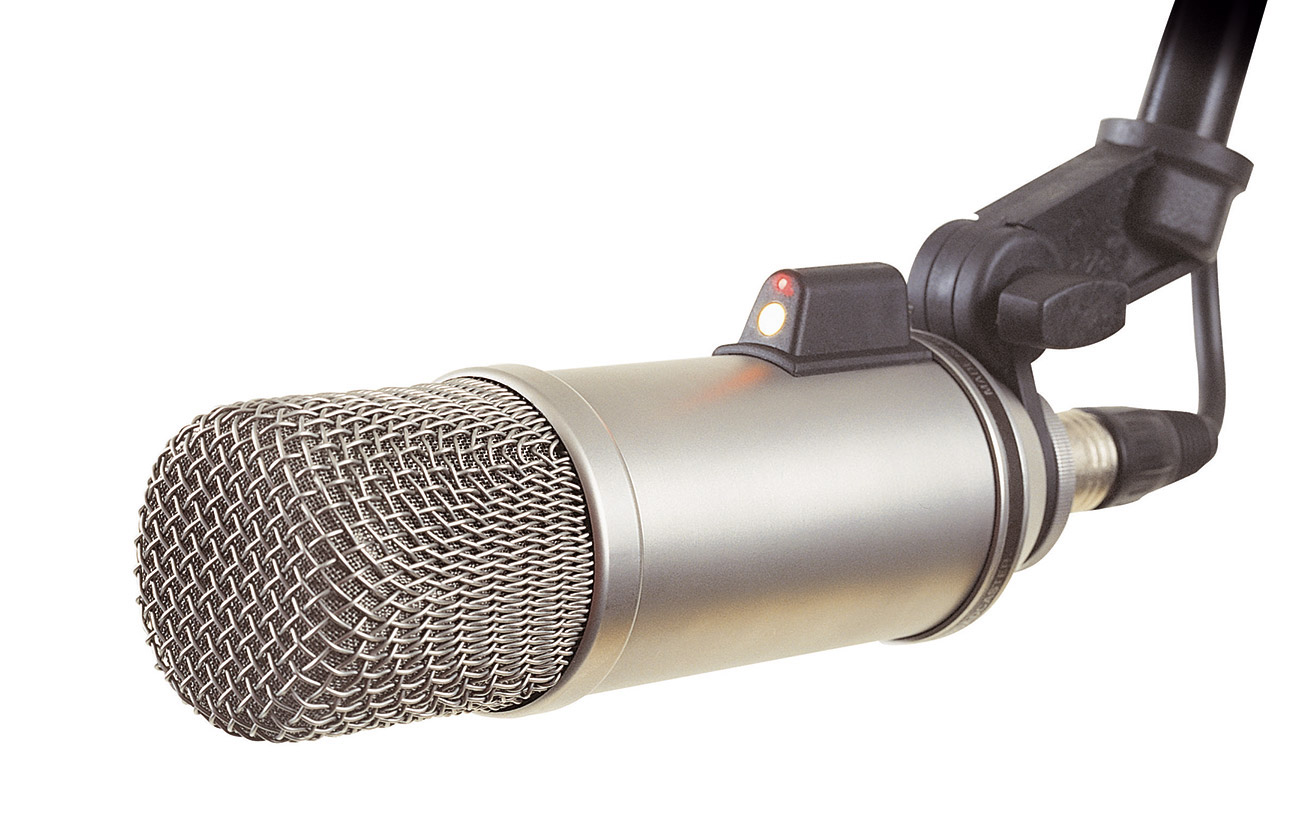 The general consensus is that in order to reject background noise (especially with acoustically untreated rooms), it behooves you to use a dynamic microphone, not a condenser one. The RØDE Broadcaster microphone’s 1” condenser proves to be a worthy exception to that general consensus. In addition, it allows better high-frequency coverage than most dynamic mics, and has a much higher output level, so you won’t need such a demanding preamplifier or pre-preamp like a CloudLifter or FetHead. Ahead are test recordings I made in an untreated room, compared with another mic that challenges that “rule”, the Audio Technica AT875R shotgun I reviewed in July 2017. Both comparative test recordings of each also include my reading in English of part 3 of the Spain’s Constitution of 1978, which is particularly appropriate since today, Catalonia declared its independence from Spain, and the Spanish Senate just approved taking over. This is all happens in the same month when Amazon independently decided to feature and honor two of my related books. Do you believe in coincidences?

As you will hear ahead, the RØDE Broadcaster (Amazon link • B&H link), is the 1” condenser microphone that breaks the rules. It rejects background sound as well as comparable dynamic mics.

Another advantage of the RØDE broadcaster and the Audio Technica AT875R shotgun I reviewed in July (Amazon link • B&H link) is that their output is much higher than most dynamic mics, so I was able to set the input gain on my Zoom H5 recorder just under 5 in order to get a conservative -12 dB level on the raw recording. However, both do require phantom power from your preamp/interface/recorder. The raw recordings were 48 kHz (see All audio production & distribution should go 48 kHz. Learn why.) and 24-bit (see Understanding 24-bit vs 16-bit audio production & distribution). The low cut is always active with the AT875R, and was active with the RØDE Broadcaster.I used no equalization or filtering in post. I only normalized the two recordings to -16 LUFS before uploading them. The final audios are 48 kHz 16-bit mono WAV.

Even a tally light!

Another unique advantage of the RØDE Broadcaster is its inboard tally light, which requires a special mic cable with an extra conductor with a compatible radio or TV mixer. I did not test that automatic feature, since I didn’t have such a mixer with tally capability. However, in that situation, the tally light does illuminate continually when the mic receives phantom power from a standard 3-pin XLR. 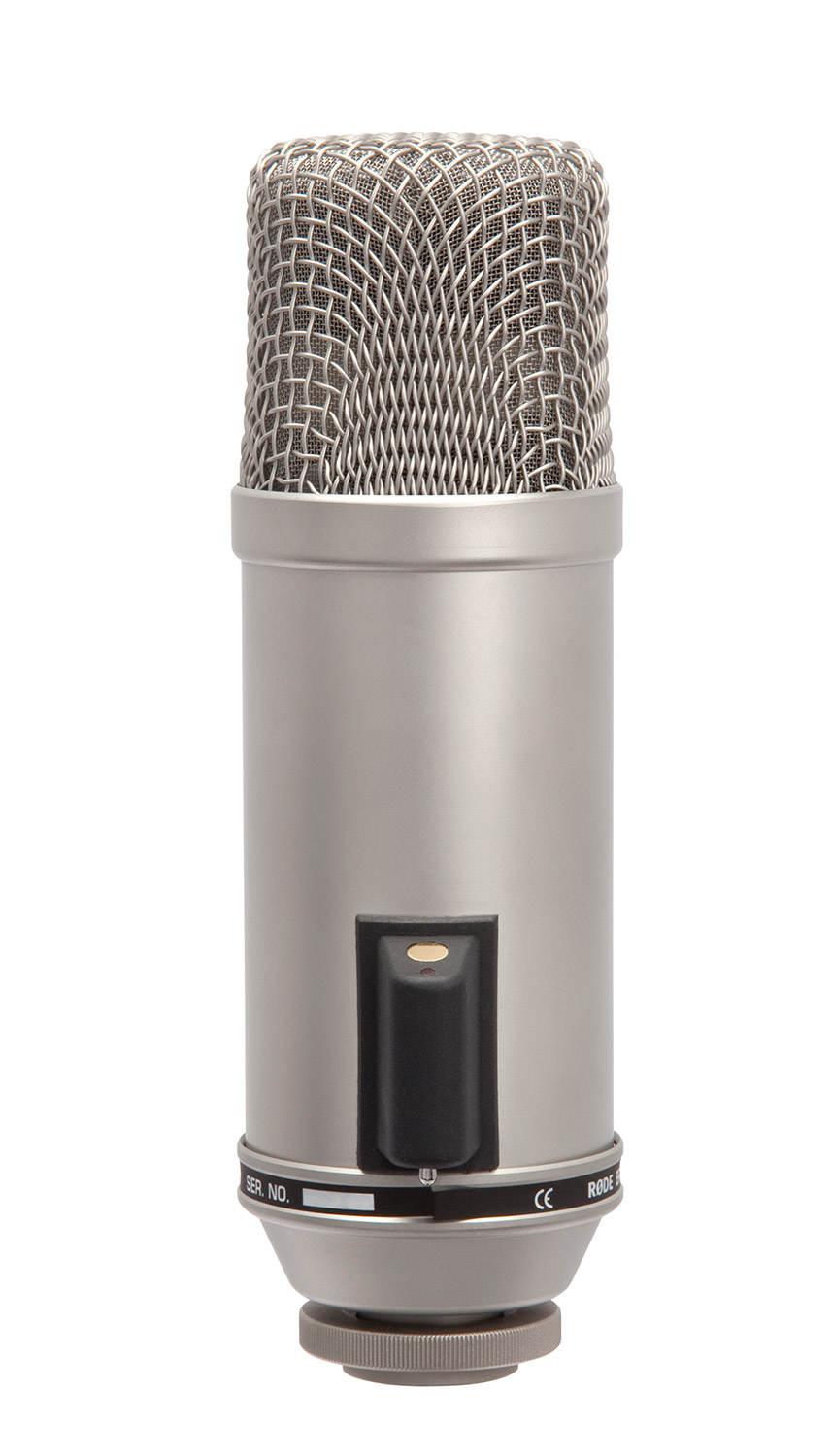 RØDE clarifies its situation with Amazon

Back in 2015, I published Amazon’s clarification about buying RØDE microphones from Amazon:

Amazon itself is authorised for purchases from Amazon, but other dealers ‘fulfilled by Amazon’ are not. We know the sales channel through which Amazon purchases and it is legitimate but other dealers that send their stock to Amazon and sell on their marketplace are not only grey importing (which makes it difficult to give proper support) but we’ve identified counterfeit VideoMic GOs. To tell, the user just needs to select the microphone marked as ‘sold and fulfilled by Amazon’.

Example text at the end of each: Spanish Constitution, Part 3 in English

At the end of each recording, you’ll hear my voice read Spanish Constitution, Part 3 in English:

Castilian is the official language of the State. All Spaniards have the obligation to know it, and the right to use it.

The other Spanish languages shall also be official in their respective autonomous communities, according to their statutes.

The richness of Spain’s diverse linguistic modalities represents our national heritage and shall be the object of special respect and protection.

For more general about Castilian and “Spanish”, visit my SpeakCastilian.com. Do you believe in coincidences, or do you think Amazon had advanced inside information when the company picked the two of my (presently) 12 titles listed at books.AllanTepper.com several months in advance?

Both the RØDE Broadcaster (Amazon link • B&H link) and the Audio Technica AT875R shotgun (Amazon link • B&H link) do an extraordinary job of producing high quality voice capture while minimizing background noise, and reduce the need for a strong preamp with +60db gain or more, although both do require phantom power. You will probably love the RØDE Broadcaster esthetics and tally light capability. After hearing both recordings, you may prefer the quality of the RØDE Broadcaster for doing voiceovers, however the Audio Technica AT875R shotgun can be more versatile if you need to use the same mic for field production, in those cases when a shotgun is required. However, if you have a budget for more than one mic, or need to use more than one mic in a studio environment, you might want one of each.