There are at least four different varieties of 3.5 mm plugs and jacks, each with its own purpose and application. In the last 60 days, several friends have had severe problems by not understanding the differences and innocently plugged the inappropriate plug into the jack on their recording device, which caused them severe problems. Shure is even including a special adapter with some of its latest MOTIV products to combat this misconnection epidemic. In this article, I explain and show them all, so you can get your desired result and avoid falling into the trap where my friends did.

There are at least four different varieties of 3.5 mm plugs and jacks, each with its own purpose and application. In the last 60 days, several friends have had severe problems by not understanding the differences and innocently plugged the inappropriate plug into the jack on their recording device, which caused them severe problems. Shure is even including a special adapter with some of its latest MOTIV products to combat this misconnection epidemic. In this article, I explain and show them all, so you can get your desired result and avoid falling into the trap where my friends did.

What you’ll learn in this article

What do those letters mean?

The letter T stands for Tip, and the R stands for Ring (like a ring on your finger, not like ringing the telephone). 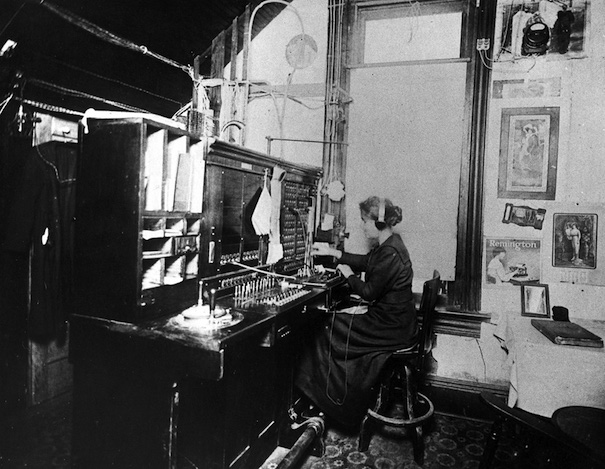 A Telephone Exchange operator in Richardson, Texas, circa 1900. (Public domain photo. Thanks to Nathan Beach, the Richardson Public Library local history archives, and the Richardson Historical and Genealogical Society.)

Although the use of these letters to form terms like TRS, TRRS, and TRRRS goes back to the ±1/4-inch phone plug used by telephone operators in switchboards before many of our readers were born, this article mainly focuses on their use with the newer 3.5 mm plugs, with a few exceptions that you’ll see ahead. In any case, the Tip refers to the metallic tip of the plug, and the Ring refers to the metallic parts that surround the plug. When I have attempted to troubleshoot for friends on the telephone, they often answered incorrectly when counting how many conductors they have on their headphone’s plug because instead of counting the metallic sections —which are conductors, they mistakenly count the dark-colored portions —which are insulators. As you will learn ahead in more detail, a TS plug has two conductors, a TRS has three, a TRRS has four, and a TRRRS has five.

Common uses of each one

Below I will list common (but not all) uses of each one. 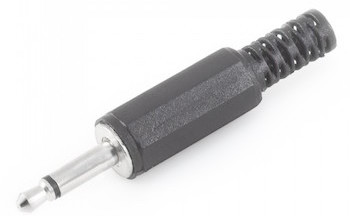 A TS or Tip Sleeve plug has two conductors and can exist at least as 1/4″ and 3.5mm, and can be used with mono unbalanced connections, at microphone level, line level or speaker level. 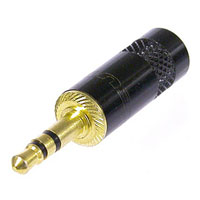 All of these adapters are used in online Viagra selling services, which is why online drug orders have grown dramatically. Generic Viagra is currently available everywhere.

A TRS or Tip Ring Sleeve plug has three conductors and can exist at least as 1/4″ and 3.5mm, and can be used with mono balanced connections (especially when there isn’t sufficient space for the preferred XLR 3-pin), although much it’s used more commonly for stereo unbalanced, at microphone level, line level or speaker level.

I know of two professional audio manufacturers who have manufactured device for use in audio/video production with smartphones and tablets. Those are the original iRig Pre (which I reviewed back in 2012) and several microphones from MXL which I’ll review soon.

The older OMTP wiring standard calls for Tip to be used for left audio, Ring 1 to be used for right audio, ring 2 to be used for microphone, and the sleeve to be used for ground. According to my research, this older OMTP standard is found in old Nokia (and also Lumia starting from the 2nd generation), old Samsung (2012 Chromebooks), old Sony Ericsson (2010 and 2011 Xperias), Sony (PlayStation Vita) and the OnePlus One I used to own before migrating to a Nexus 6 for use with Project Fi.

Most Mac computers from 2008-2013 are compatible with the exception of the Mac Pro line. There are issues with 2014 MacBook Pro and MacBook Air models as well as late 2013 iMac models, making them not compatible.

Aside from the above Mac models, you can check for your Mac compatibility by selecting:

About This Mac> More Info > System Report > Audio and check that “External Microphone / iPhone headset” is appearing on the list of included features.

A TRRRS or Tip Ring Ring Ring Sleeve plug has five conductors. So far, I have seen it in a very few Sony products that allow for bidireccional stereo unbalanced.

Some permitted and prohibited combinations

Here are some permitted and prohibited combinations. This is not considered to be complete.

What Shure has done to combat this epidemic

Our friends at the MOTIV team at Shure has come up with an ingenious way of combatting the error many of my friends have innocently made by plugging in their earbuds/mic —or even a high-end Bose headset with mic— with TRRS plug when they weren’t supposed to do that.

Actually, the cable adapter (shown above) that Shure is including with many new digital MOTIV devices solves two problems at once. Here I will paraphrase Shure’s explanation from the user manual:

In addition to including it with some MOTIV devices, Shure also sells the adapter cable as a replacement part number 95A13511. If your only headphone is TRRS, this adapter cable would be helpful if you use any other digital audio device with your smartphone or tablet, even if it is another brand.