As the Oculus Rift S leaves the stage, the new Reverb G2 VR headset from HP is poised to become the most affordable PCVR headset available, offering a path forward for those who want the most from VR. 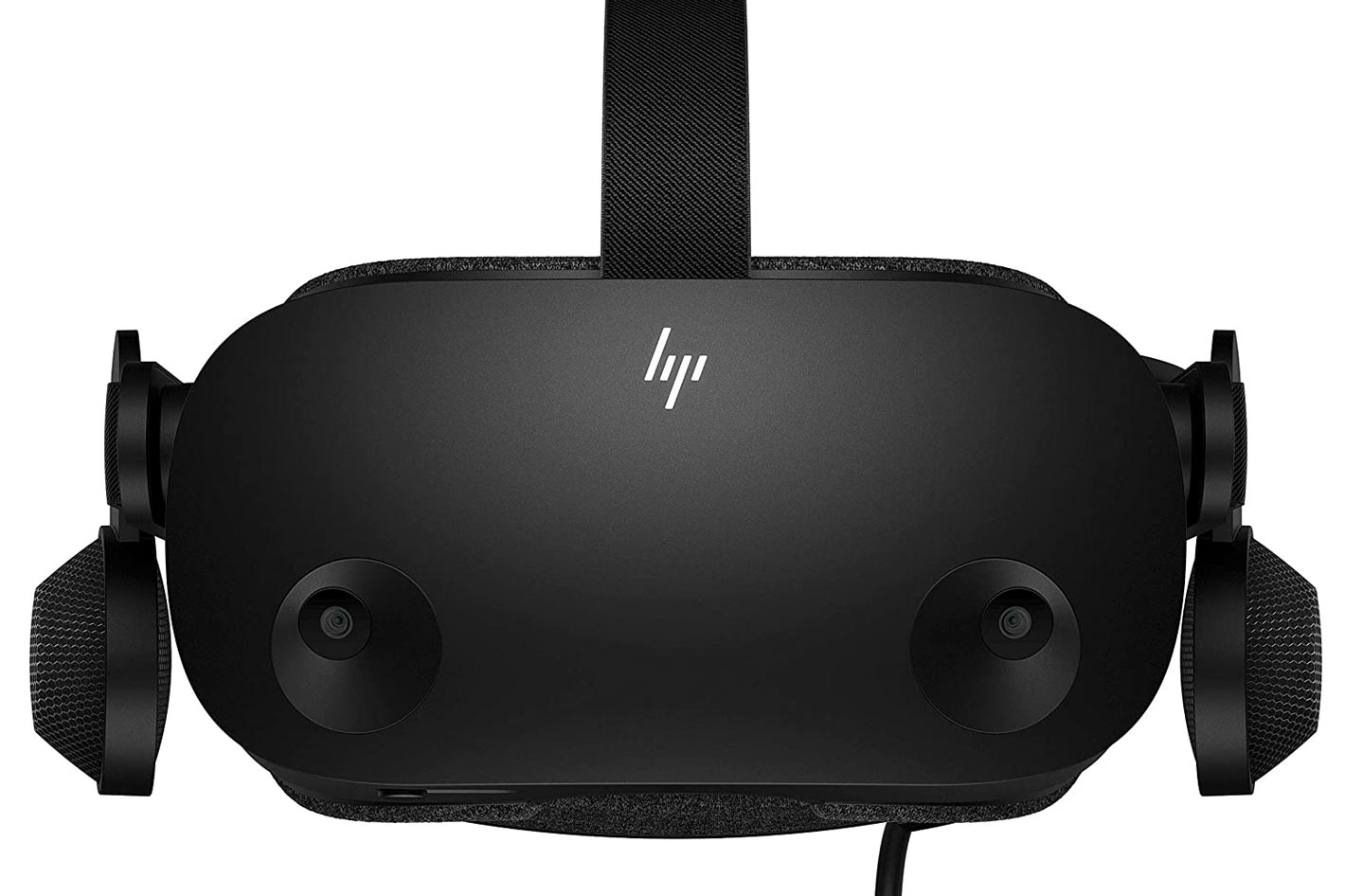 Announced in May, with more details revealed in August, the HP Reverb G2 headset is the new standard for PC Virtual Reality, setting the bar for both creators and the public wanting the best experience. Discover more at the VR/AR Global Summit Online.

The latest update on the HP Reverb G2 Virtual Reality headset confirms that since its announcement the world’s highest resolution VR headset among major vendors has been improved, to make the VR experience even more immersive. HP announced the following updates, which not only make the headset more capable but also make life easier for users:

HP has evidently learned from the – bad – experiences lived by Oculus Rift S users, which even to this day continues to have problems with USB ports, and that Facebook will probably never correct, now that the company announced it is ending sales of the Rift S headset next Spring. The HP Reverb G2 comes with an adapter that guarantees it keeps working, even if the USB ports on the computer are not completely up to the task.

Originally presented as a professional solution, the Reverb rapidly attracted the attention of those looking for a high-end experience in VR, something that will help to move the industry and market forward. HP was aware of that interest and the Reverb G2 is their answer. According to the company, “this year, we have seen that the time is now for VR and the HP Reverb G2 brings high-quality VR with more immersion for gamers, interactive experiences for creators, increased engagement for collaboration, and higher retention rates for education and training.” 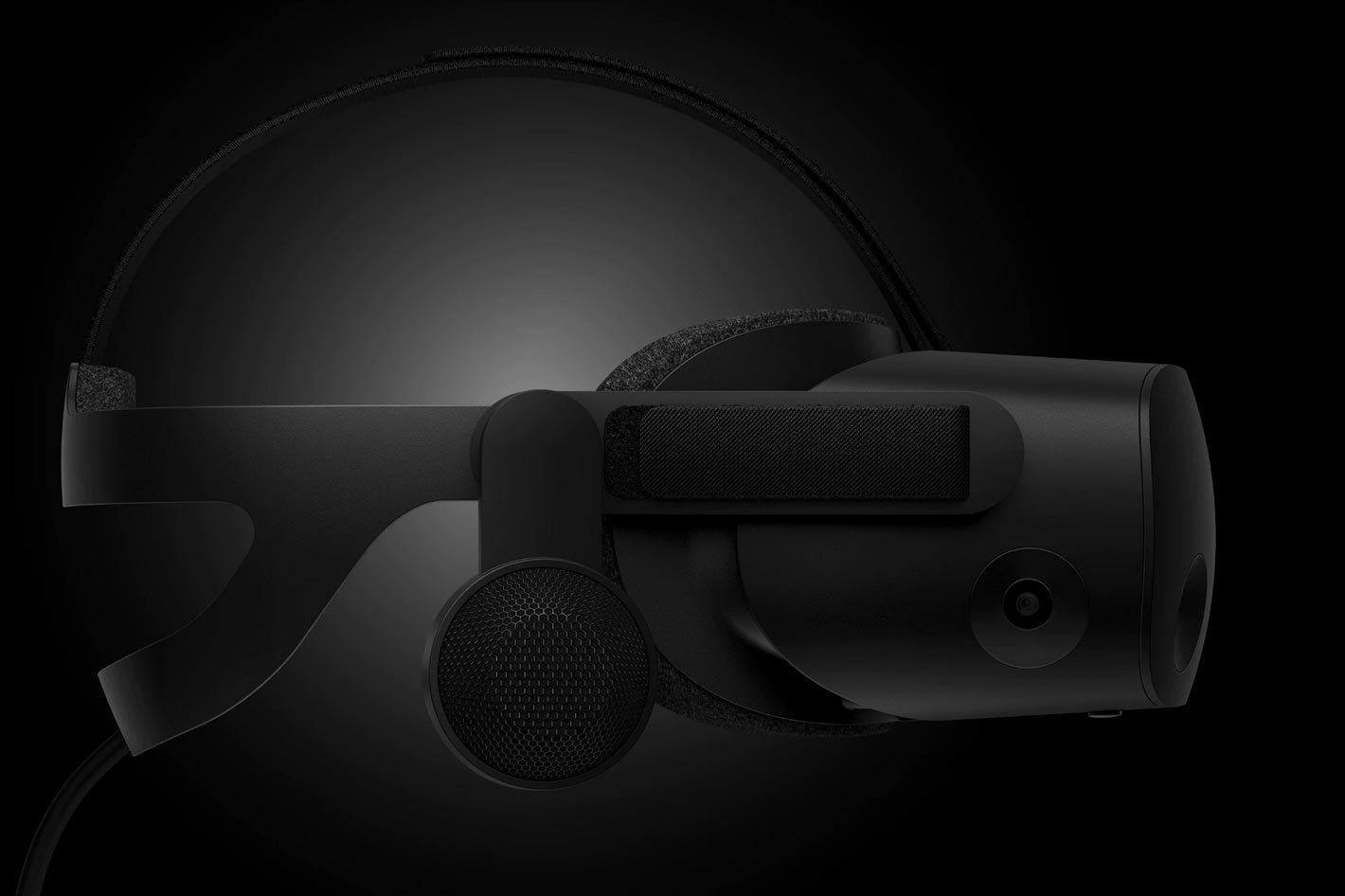 The HP Reverb G2 is the new PCVR standard

The HP Reverb G2 is the world’s highest resolution VR headset among major vendors, delivering cutting-edge optics, inside-out tracking, spatial 3D audio, natural gestures, long-wearing comfort, and plug and play support for Windows Mixed Reality and SteamVR. As Facebook kills the Oculus Rift S, and companies as HTC seem to move away from the consumer market, the Reverb G2 appears as the best solution for those who want the best experience in VR, provided by a headset connected to a PC.

The recently announced Oculus Quest 2, which Facebook wants to sell as a versatile solution for both untethered and tethered VR experiences, has not proven itself, yet, as capable to play that role. Yes, Facebook says that it will in the future, but no one knows exactly when it will happen, or even if it is viable. The first comparison tests show that the Quest 2 is not even a match for the Rift S, in terms of detail, and some people do question if Facebook took the wrong turn discontinuing the Rift S and betting only on the Quest 2.

The Quest 2 is probably a good bet for those who do not have a powerful PC to run VR titles, and all those who like the freedom of having no cables attached to the headset, but in no way it can compete with the experience offered by a true PCVR solution. Let’s remember that even when connected to a PC through a cable – the Quest Link –, what you get is a compressed video and not the RAW image generated by the graphics card. It’s a bit like watching a 720p version of a 4K movie … 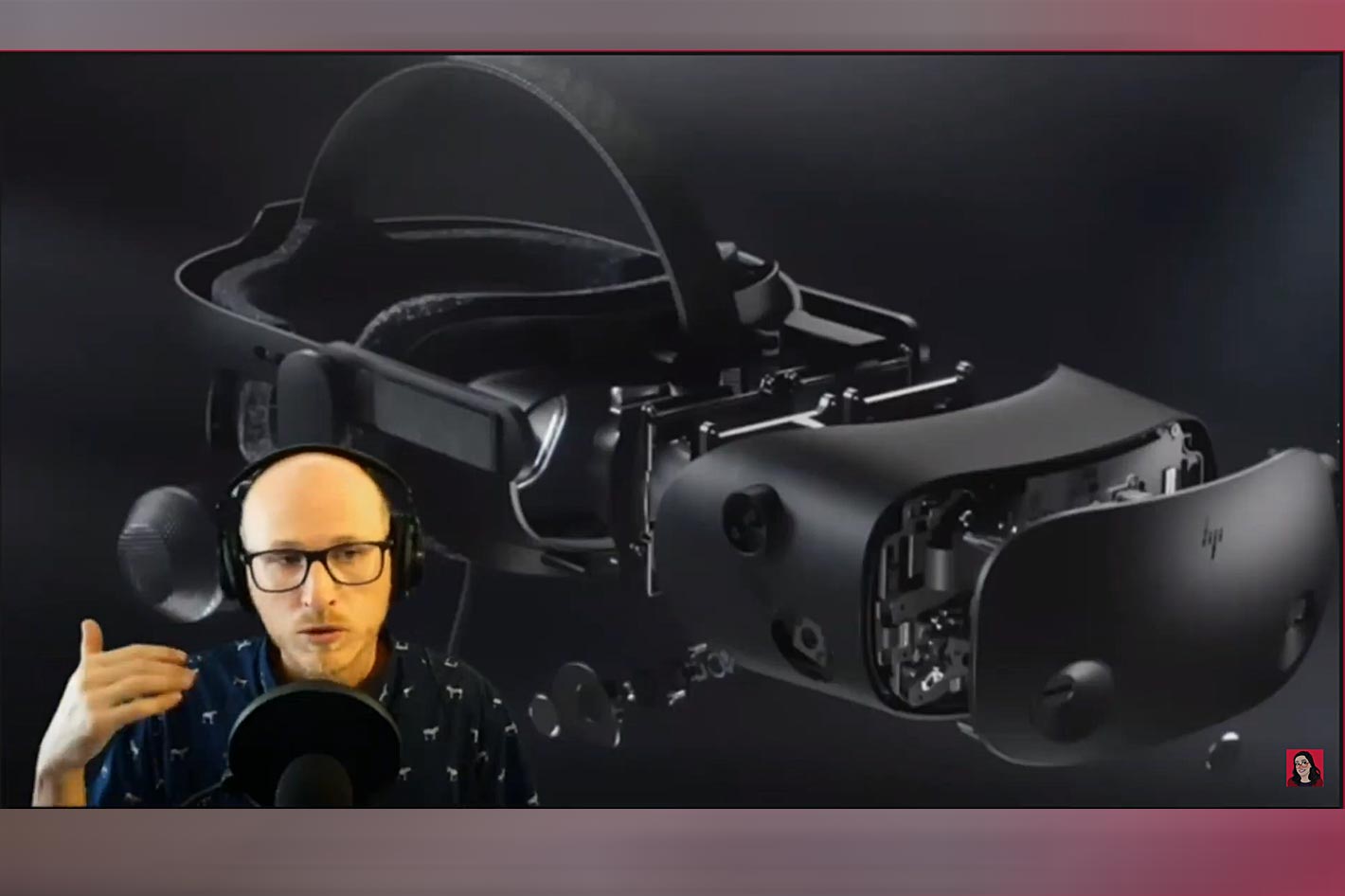 PCs are ready for the arrival of the Reverb G2

There is another aspect of Facebook’s Quest 2 that may be a problem for some users: you’ll need to have a Facebook account – with a real name – to use the VR headset, and if for some reason Facebook believes you’ve not respected their TOS, you may lose access to all your titles and end with a “paperweight” Quest 2. According to the company, they will constantly keep an eye on all users of the headset, which is a frightening idea coming from a company that, many say,  uses users’ data as a bargaining chip to make millions of dollars. So, you’ve been warned!

The HP Reverb G2 does need a beefy PC to really make the best of its 2160 x 2160 per eye panel resolution, but the right time to explore all those pixels is now, as powerful PCs are available. The most recent CPUs from Intel and AMD are what is needed to move Virtual Reality to a whole new level – the Reverb G2 offers a “screen” of 4320 x 2160 – and the most recent NVIDIA RTX 30 series, with its quality jump from the previous generation, confirms that the time is now. AMD will soon reveals its next-generation graphics cards,so there will be plenty of choice.

HP is aware of all this, and the company will be present at the VR/AR Global Summit Online starting September 30 and running until October 2, to talk about the Reverb G2. John Ludwig, Virtual Reality Lead Product Manager at HP and Joanna Popper Global Head of Virtual Reality, Go-to-Market and Location Based Entertainment, HP Inc. will talk about the headset and explain why  the company is “excited to bring it to the masses.” 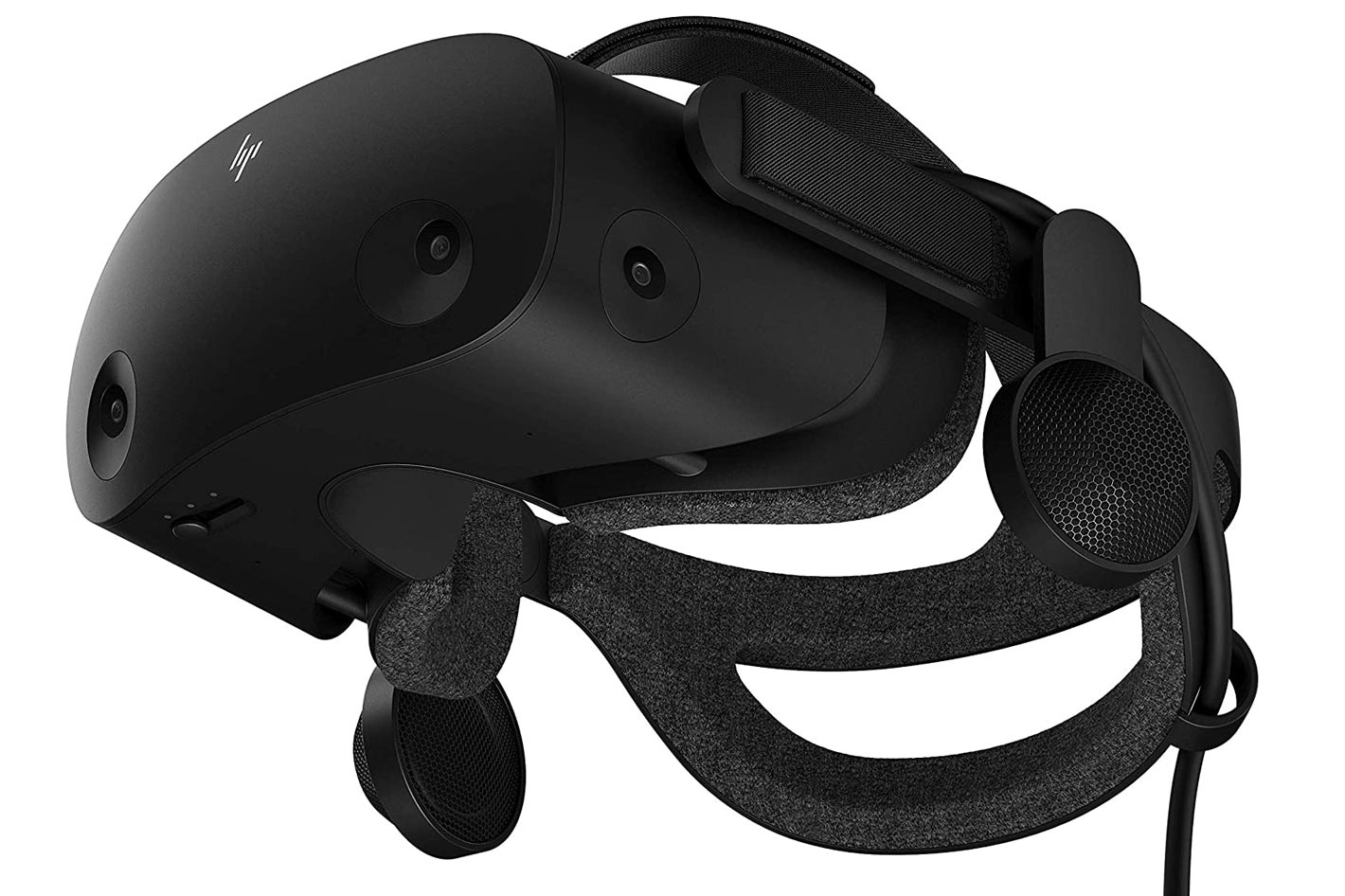 HP revealed the Reverb G2’s specifications last May and in August a bit more was revealed, during the Microsoft Virtual Reality Developer event, August 20, when Peter Peterson, XR Software and Solutions R&D Manager and John Ludwig, from HP, shared some more details about the Reverb G2 and explained the decisions made by the engineers at HP while developing the new headset. See the video segment about the headset following the link to YouTube. 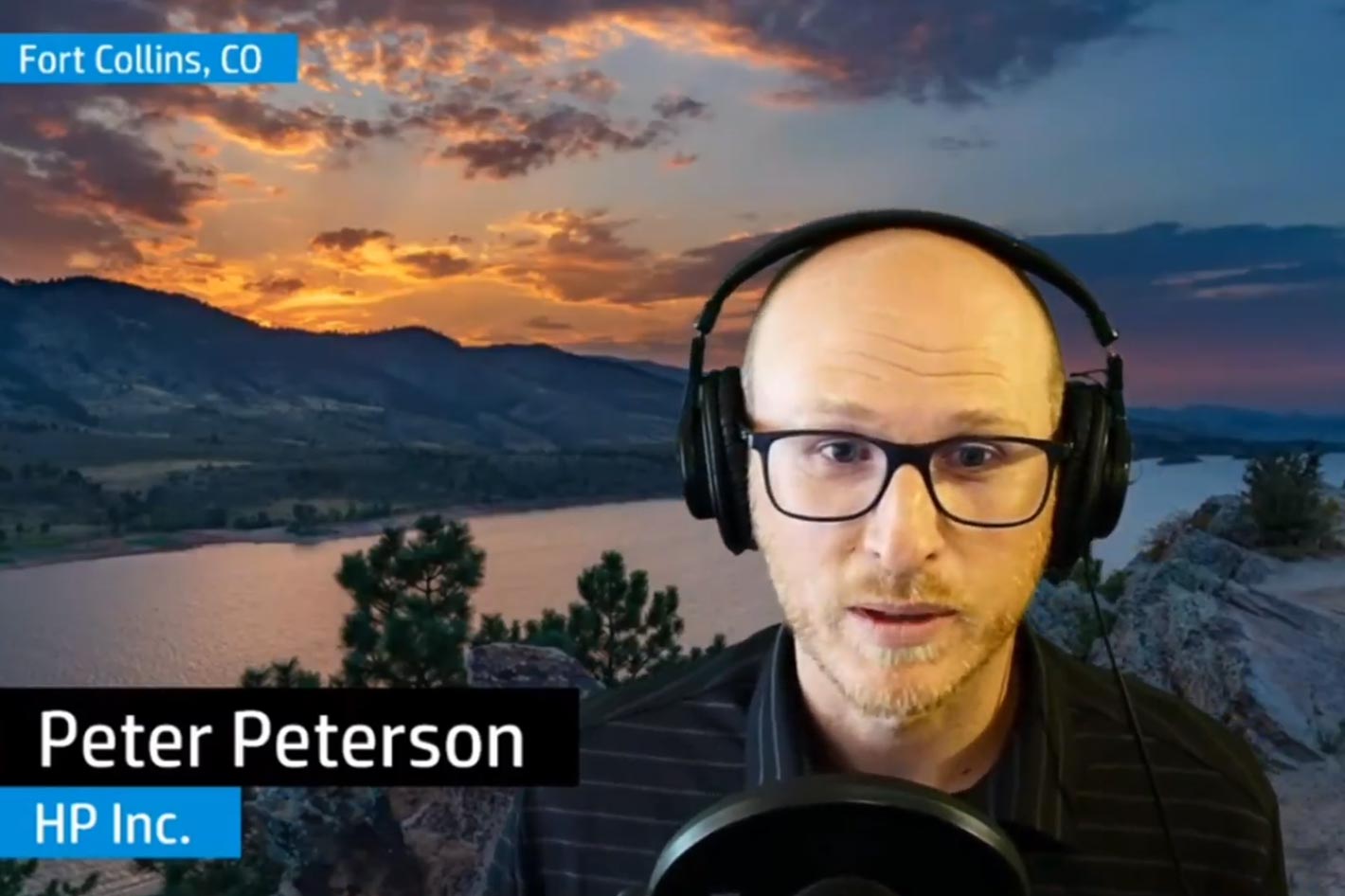 Under the title “Breaking down HP Reverb G2” the duo Peter Peterson and John Ludwig went under the hood to explain the system. During the event it was revealed that the final lenses for the headset have better specs than the original and that HP had decided to include in every box a USB-C to USB-A adapter besides the full size to mini display port adapter, so users are ready to use the headset right out of the box. the recent announcement confirms what was said.

Developed in collaboration with Valve and Microsoft, HP’s breakthrough VR headset delivers a more immersive, comfortable, and compatible experience. The no-compromise VR headset, as HP defines it, is not the product to satisfy the wishes of those arm-chair hardware engineers who always want more than it’s possible at a certain moment in time, but for those Peter Peterson had an interesting comment, when he said that the HP Reverb G2 represents “the premium experience with cutting-edge cutting-edge technology” at an affordable price. In fact, which other headset now available offers this level of quality at the same price point? The exact answer is…none! 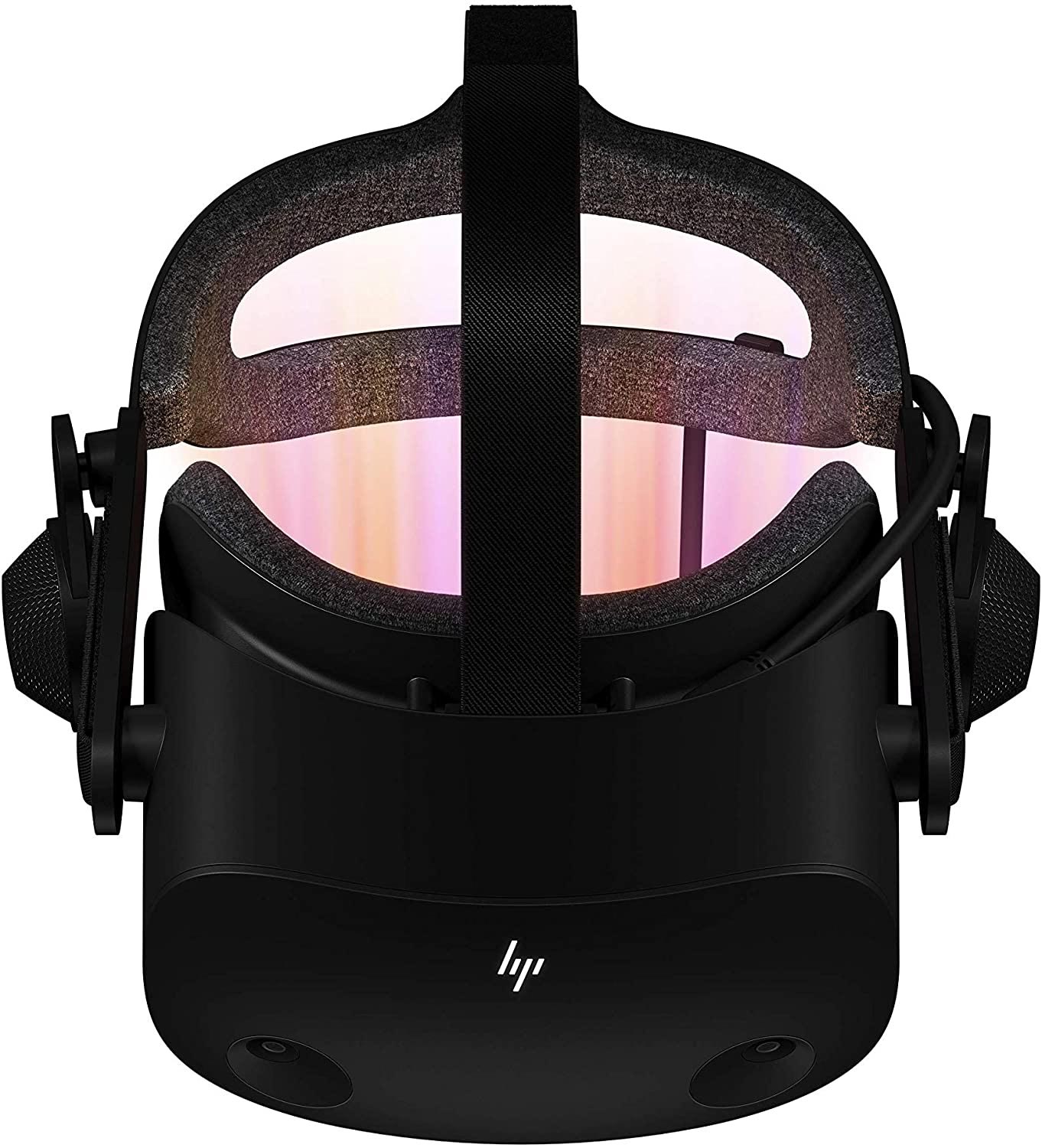 Connected to a powerful PC, the HP Reverb G2 seems able to become the VR standard for 2021 and beyond, but HP is already looking towards the future and Pete Peterson notes that “in the near future we will have some more excitement announcements to make”. The VR/AR Global Summit Online starting September 30 will be the place where HP shares some more details about the future of its Windows Mixed Reality headset. There, John Ludwig and Joanna Popper will offer participants a glimpse on how HP is innovating its Reverb G2 solution for creatives, enterprises and developers.

The HP Reverb G2 will be available early November, with those who pre-ordered the headset starting to receive the product early November 2020. Pre-orders are expected to be prioritized for the time/date the order was made to our channel partners. Demand has been high, according to HP, and  all pre-orders made starting September 24 will start arriving to customers from channel partners in early December.