The Lion King takes Virtual Production to a whole new level, but VP has been around us for some time now, from Star Wars: Episode 1 to Avatar or Lord of the Rings. Now, there is a FREE guide about Virtual Production. 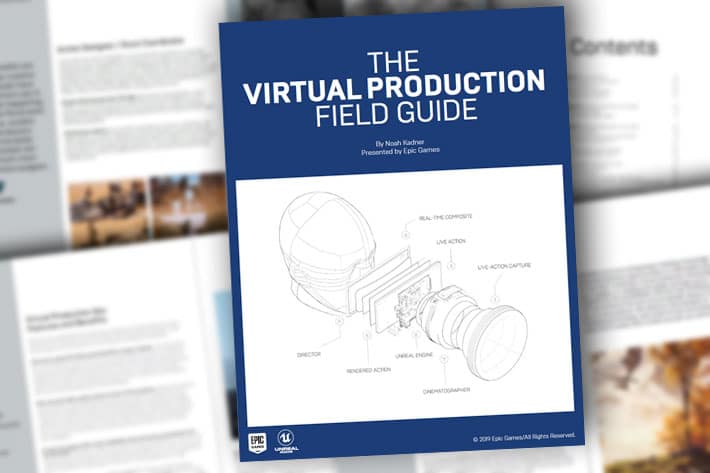 The Virtual Production Field Guide v1.2, written by Noah Kadner and published in .pdf format by Epic Games, the company behind Unreal Engine, is a 98 pages eBook designed for anyone interested in or already producing projects using virtual production (VP) techniques. The guide was written with the help of a vast team at Epic Games, creators of Unreal Engine, and includes, besides essential information about techniques and solutions for Virtual Production, interviews with filmmakers who share their insights about virtual production.

Noah Kadner is no stranger to the world of filmmaking. He graduated from the MFA program in production at the USC School of Cinema-Television, runs High Road Productions, a film, television, production and post-production company and has directed several short films, commercials and music videos. He also works as a DVD authoring specialist. His clients have included the U.S. Army, United Nations, NBC, PBS, Sony, and FOX. 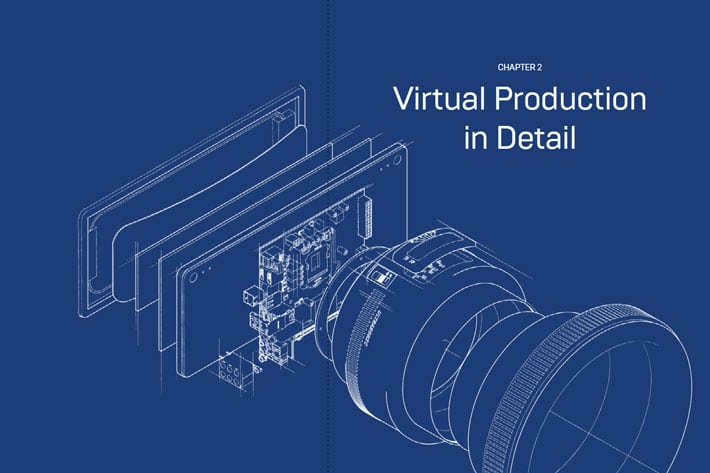 What is Virtual Production?

The interviews published in the guide offer a variety of perspectives about the introduction of VP in filmmaking, from grip or visual effects specialists, to DPs and producers. While filmmakers shared their knowledge and experiences for the guide, the team at Epic Games provided additional details about virtual production and Unreal Engine. It’s a long list of professionals that Noah Kadner mentions in the eBook, and whose experiences contribute to make the guide essential reading for anyone interested in the subject.

How do you define Virtual Production? According to the team at Weta Digital, “Virtual production is where the physical and digital worlds meet.” That’s a simple definition, to which Noah Kadner adds the more technical explanation from Moving Picture Company (MPC), which states this: “VP combines virtual and augmented reality with CGI and game-engine technologies to enable production crews to see their scenes unfold as they are composed and captured on set.” 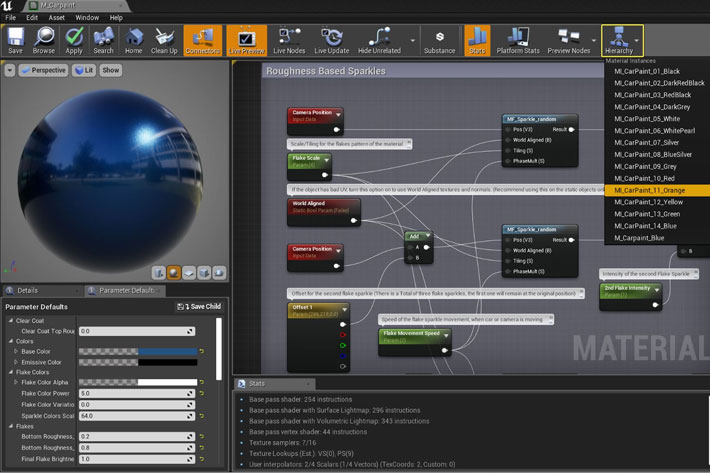 There is one thing everybody agrees: Virtual Production can help filmmakers. Miles Perkins, Executive Producer at Epic Games, says that “Virtual Production is a broad term for a wide range of computer-aided filmmaking methods that are intended to enhance creativity and save time. The use of real-time tools can turn the traditional linear pipeline into a parallel process where the lines between pre-production, production, and post-production are blurred, making the entire pipeline more fluid and collaborative.“

No one could imagine, when Epic Games first introduced its game engine, named Unreal Engine, in 1998, in the (FPS) first-person shooter Unreal, where we would be two decades later. Soon, though, creators became aware of its potential not only for use in-game but for building cinematic narratives used in games. The game engine, initially developed for FPS games, is so versatile that it is the engine used in a variety of games, including many of the recent Virtual Reality games and experiences. It also made its way to movie making, as we’ve documented multiple times here at ProVideo Coalition. Unreal is not alone, as there are other tools, as Unity, used both in games and filmmaking. But  the concept of Virtual Production made its first steps inside computer games, where virtual cameras and other tools made it possible a long time ago. 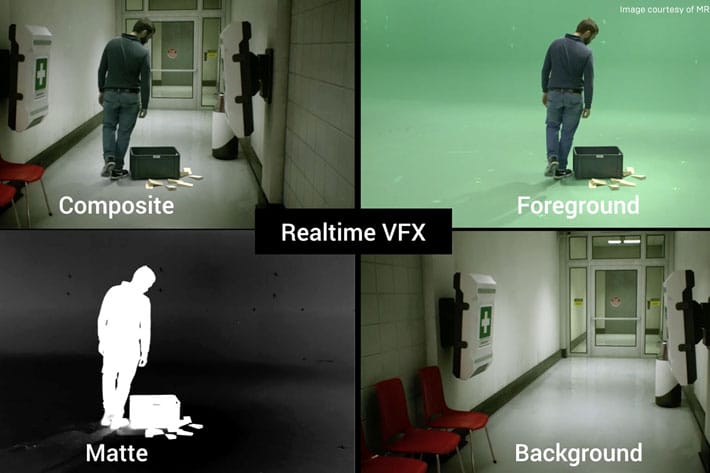 The Unreal Engine is 21 years now, and a decade ago, in 2009, six Hollywood-based organizations formed the Virtual Production Committee. A joint effort of the American Society of Cinematographers (ASC), the Art Director’s Guild (ADG), the Visual Effects Society (VES), the Previsualization Society, the Producers Guild of America (PGA), and the International Cinematographers Guild (ICG), the new committee was announced on October 24, 2009.

The Virtual Production Committee, devoted to virtual production, was presented as an industry-wide working body created to explore how live-on-stage computer graphics will change future movie production. It was also announced, then, that the Virtual Production Committee would explore the impact of Avatar, A Christmas Carol, Alice in Wonderland, Tintin and others on production, workflow and job descriptions. 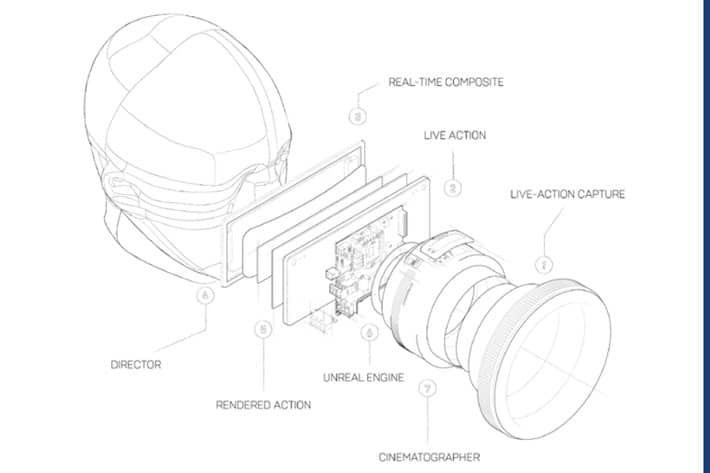 The pioneers of the Real-Time revolution

Looking at the origins of the real-time revolution, Noah Kadner notes that “filmmakers such as George Lucas (Star Wars: Episode I), Steven Spielberg (A.I.), Peter Jackson (Lord of the Rings), Robert Zemeckis (The Polar Express) and James Cameron (Avatar) initially embraced virtual production enhanced by real-time rendering” and then points to how the Virtual Production Committee shared case studies about film and television projects leveraging virtual production and produced many of its initial definitions.

The field guide published by Epic Games, says the author, “builds on the committee’s work along with recent advances in real-time computer graphics, which are making virtual production even more accessible to filmmakers today.” Miles Perkins wrote, in a blog post at Epic, that “virtual production workflows can be faster, more creative, more iterative, and more collaborative, giving a better sense of the final shots and scenes much earlier in the production process. With a virtual set built ahead of time, a director and department heads can scout locations in VR, explore shots, and lay out exact camera angles and moves.” 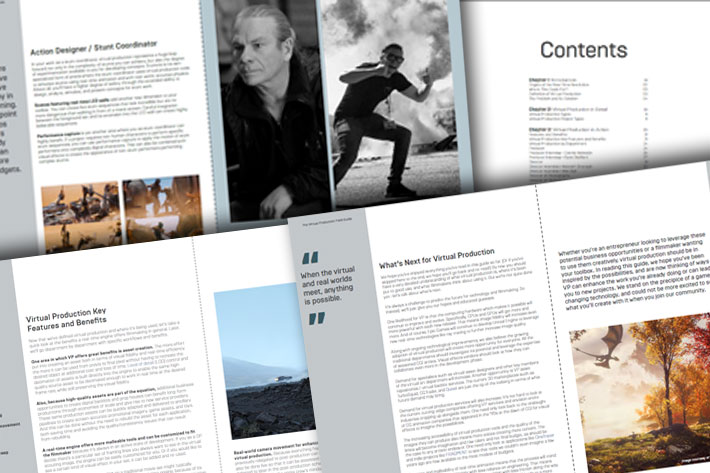 Virtual Production is a game changer

The Virtual Production Field Guide, he adds, “explores these techniques, and many more. You’ll gain a basic understanding of how VP works, discover details of projects which have already used it, and develop an understanding of how the latest workflows introduce an element of creative spontaneity that is sometimes missing in modern filmmaking. “

A final word for Noah Kadner, who writes that, in the guide, ”you’ll also find in-depth descriptions of different kinds of VP, and hear directly from the artists leveraging these techniques. Game-changing technological advances over the years have altered and expanded the trajectory of filmmaking. These advances include sound for film, color negative stock, optical compositing, motion control, digital compositing, motion capture, virtual reality, and computer-generated imagery. We strongly feel virtual production is another game changer. We are very excited to share what we’ve learned about the rapidly evolving world of VP and we look forward to having you join the community.”

The Virtual Production Field Guide is free to download and share. Get your copy today and find inspiration for your own projects. If you want to keep an eye on the directions the industry is moving towards when it comes to VP, visit Epic’s Virtual Production hub for more case studies, podcasts, and insights.