The upcoming 4.23 release of Unreal Engine, now available for preview, introduces support for Maxon’s Cinema 4D. The new solution has been tested on projects like “Rocket League – Radical Summer”. 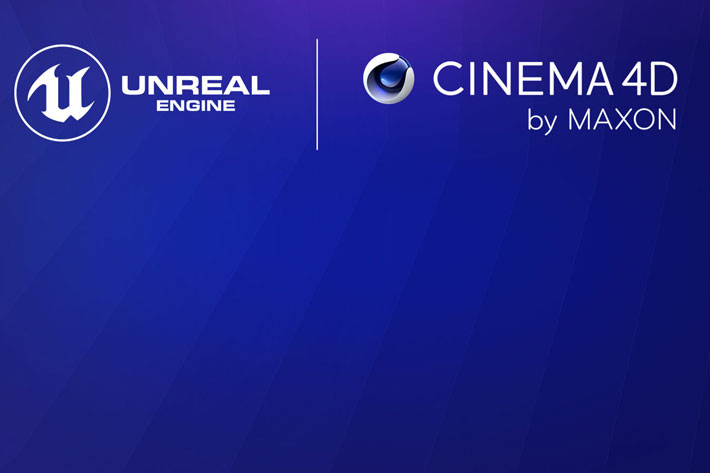 Support for Maxon’s Cinema 4D in the next version of Ureal Engine, from Epic Games, opens up new potential for high-end creative workflows and a more seamless content creation experience.

With the introduction of support for Cinema 4D in the release of Unreal Engine 4.23, Epic Games takes a huge step forward, as with this new level of integration, creators can natively import .c4d files directly into Unreal Engine with support for scene hierarchies, geometry, materials, lights, cameras, and baked animations. Cinema 4D’s ‘save for Cineware’ command allows users to easily bake complex procedural motion graphics directly into real-time scenes through the Unreal Engine Sequencer cinematic editor.

Cinema 4D support is enabled via the Datasmith plugin, which is a feature of the free Unreal Studio Beta. The Preview 1 of Unreal Engine 4.23 was made available this July, introducing also “a new Chaos physics and destruction system, the Skin Weight Profile system, the new Unreal Insights Tool (Beta), and loads of virtual production upgrades!”, said Epic Games. 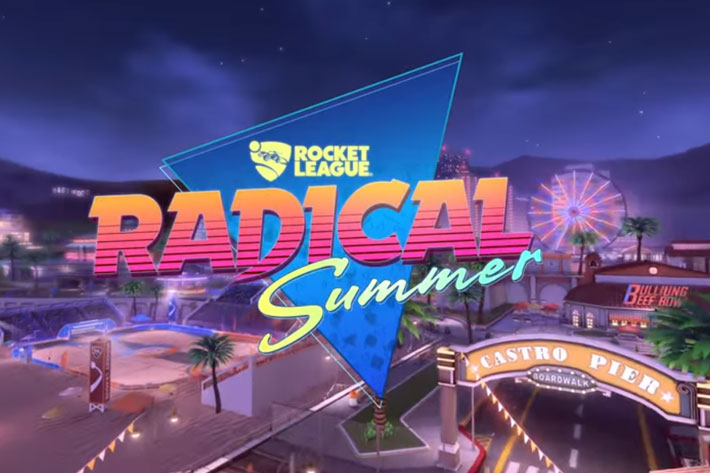 Motion graphics design and animation production studio Capacity has been beta testing the new integration on projects for the NFL, and most recently an ‘80s retro “Rocket League – Radical Summer” trailer for Psyonix. “The Radical Summer trailer for Rocket League was very large in scope and working in Unreal really alleviated the pressure. Being able to bring our assets from Cinema 4D directly into Unreal and iterate quickly to accommodate client change requests without being constrained by a render pipeline is huge,” said Pilar Gut-Rod, Studio Producer at Capacity. “The interplay between Cinema 4D and Unreal Engine is a godsend for companies like ours working in motion graphics and game trailers.”

NFL Media already uses Cinema 4D to generate hundreds of assets for pre-rendered graphics for both broadcast and online delivery, and is building towards porting those assets into Unreal Engine to cut out the rendering process for faster turnaround. “It would be invaluable for our art directors to be able to bring all of that material directly into Unreal. Ultimately, a real-time control room environment that included Unreal would save countless hours of render time and QC time as well as storage space. Envisioning the future, we anticipate playing out the majority of our virtual sets and augmented reality graphics through Unreal Engine as well. This integration brings us one step closer to getting there,” said Patrick Lee, Director of Real Time Systems at NFL Media. 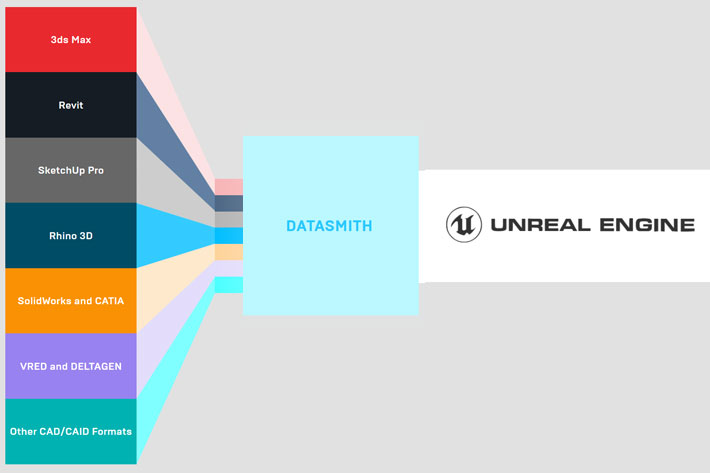 For broadcast and motion graphics

“Support for Cinema 4D in-engine adds an important dimension to Unreal Engine viability for content creators across motion graphics and animation,” said Andy Blondin, Technical Product Manager, Mixed Media, Epic Games. “The active Cinema 4D user base, particularly in broadcast and motion graphics, has been asking for direct hooks from Cinema 4D into engine. Even though this feature is just now available in our 4.23 preview, the user base has already taken advantage of real-time workflows to deliver really impressive results.”