Faster rendering makes more realistic animations possible, and creative studios, from Blur Studio to Bardel Entertainment, are exploring what AMD EPYC CPUs can do for them. 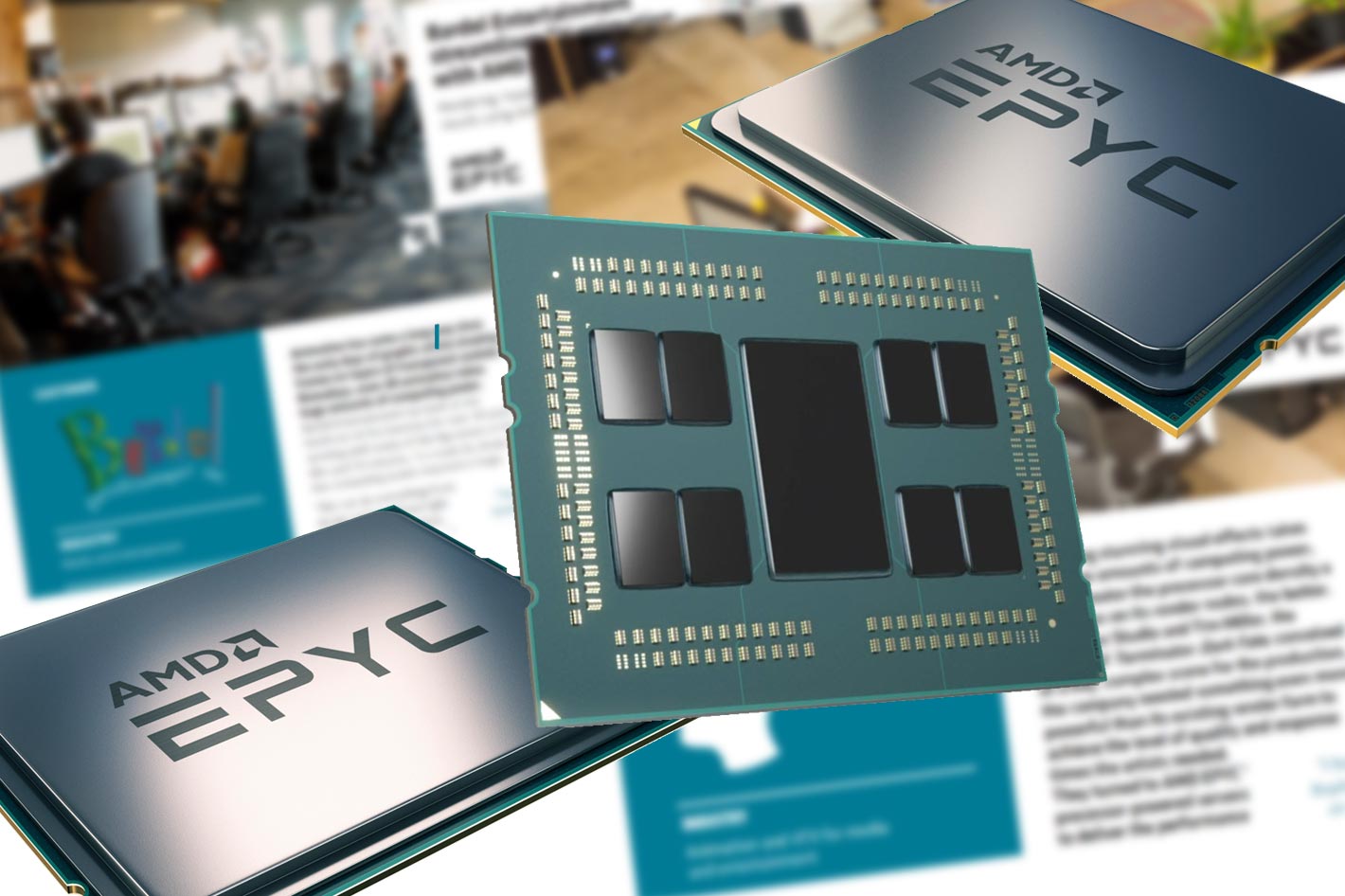 More, more and… more. That’s how companies as Blur Studio talk about their rendering needs. So, when the studio needed to finish a scene for Terminator, they started an EPYC journey.

It’s a constant battle for more speed, more everything. Intel will launch its fastest solution, only for AMD to reveal their latest powerhouse processor. Companies using those products have, sometimes, to take hard decisions, but when time is a key factor, drastic changes happen. One such example comes from Blur Studio, a creative company whose work ProVideo Coalition has covered before.

It all started when Blur Studio and Tim Miller, the director of Terminator: Dark Fate, conceived of a key, complex scene for the production, the company needed something even more powerful than its existing render farm to achieve the level of quality and response times the artists needed. A solution was needed.

Shawn Wallbridge, Head of IT at Blur Studio, had been testing the AMD EPYC CPU as a workstation processor at the time and had already discovered its significant processing prowess. “We ran the V-Ray benchmark on it, and its score beat everything on the V-Ray benchmark at that point,” he says. “It scored 75,000. The top end at that point was the dualXeon Platinum 56-core machine, and that was at 64,000 or so.” This indicated that the AMD EPYC processor would have the necessary horsepower to render the effects detail they wanted for The Terminator scene in time for their deadlines. 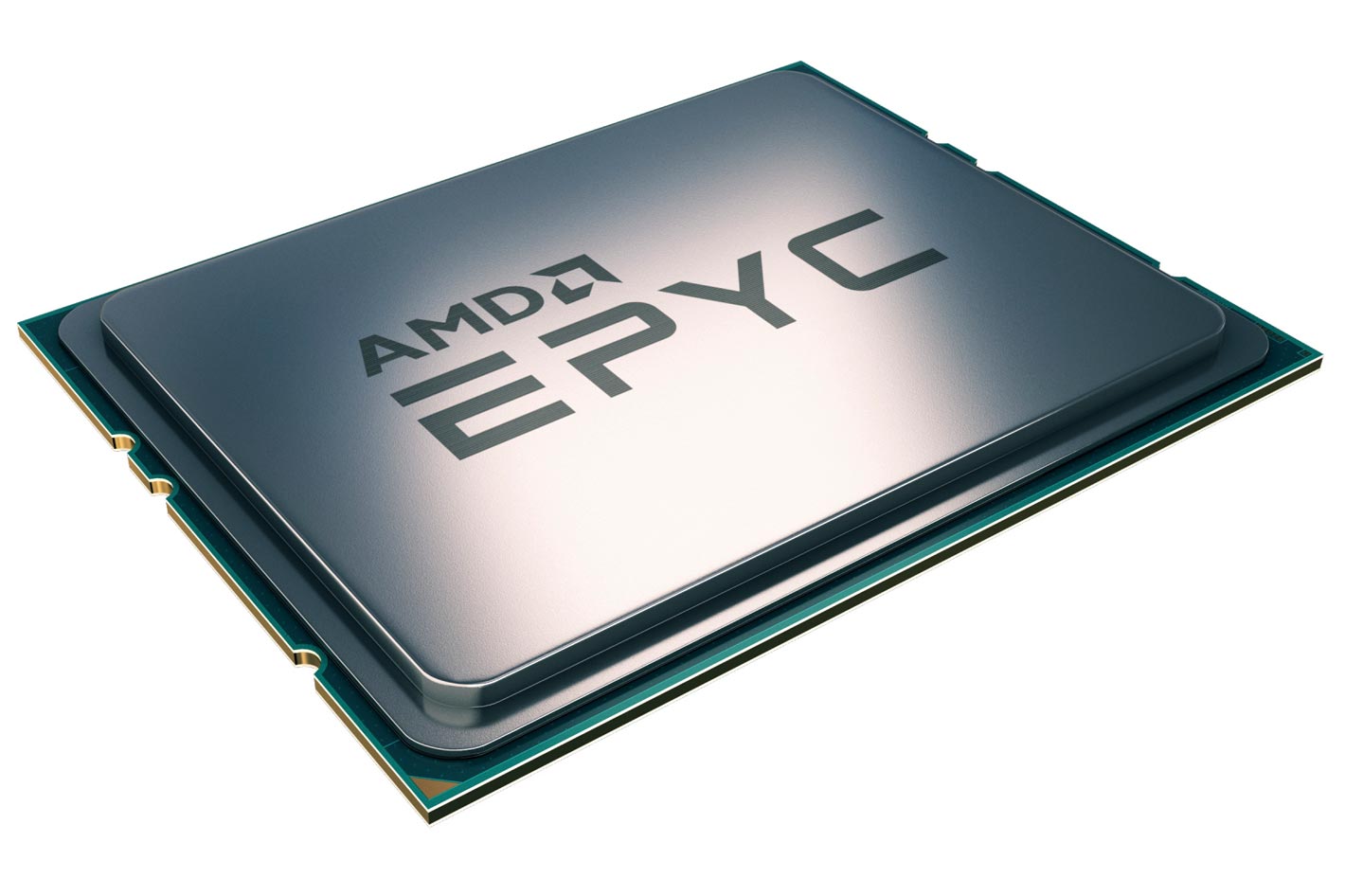 “We put it right to work” adds Wallbridge to the Case Study “Blur Studio revolutionizes rendering with AMD EPYC CPUs” from where ProVideo Coalition picked the information. Yes, it may sound like a marketing campaign, but if you trust the word from the professionals involved, people whose work is respected by the industry, then you’ve to believe it. Blur’s existing render farm at the time consisted of 500 dual-Xeon nodes, which represent a huge amount of computing power.

Still, looking at the V-Ray benchmark results, people at Blur Studio thought that “there could still be a bottleneck when the studio was working at its capacity”.  Adding some EPYC processor nodes promised to ease these bottlenecks in the render farm and enable the detailed simulation and animation work that Blur hoped to perform for the important sequence – Dragonfly -, in Terminator: Dark Fate. The experience confirmed what Wallbridge suspected.

“We ran a simulation on the EPYC server and on one of the blade servers that we normally have, which are dual Xeon E5 V3s,” continues Wallbridge. “It took 75 hours on one of our higher-end render node Xeon blades, and it took only 10 hours to run on the EPYC. That was the main explosion in the Dragonfly Sequence, which had over 1.4 billion voxels.” 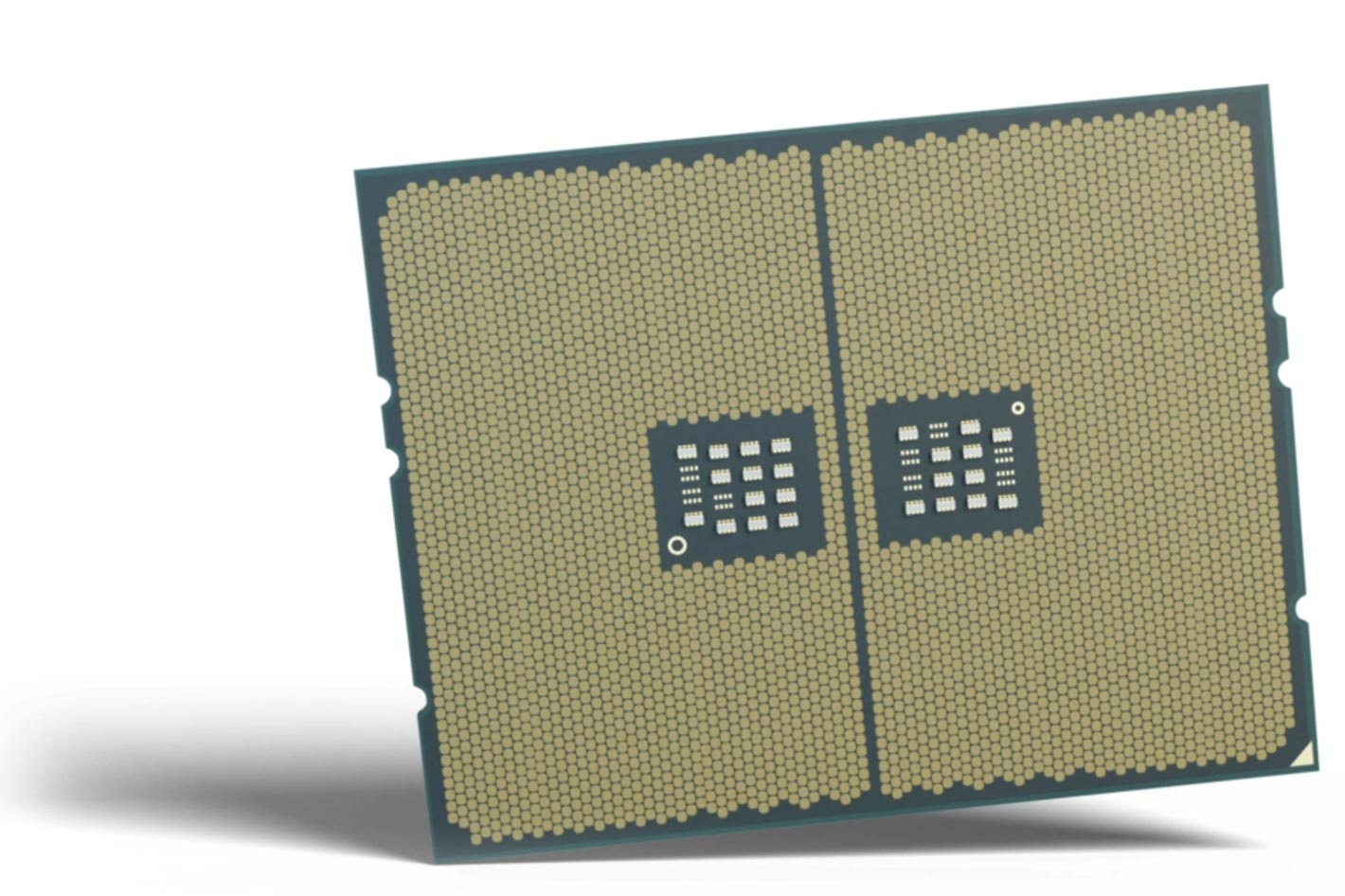 The acquired speed represents a radical improvement in rendering performance: from three 24-hour days for the Intel Xeon to render versus getting it done overnight with the AMD EPYC server, meant the artists are now able to see results from the previous day’s work the following morning. Although media and entertainment companies typically don’t refresh their render farms more frequently than every 3-5 years, Blur decided to adopt servers powered by AMD EPYC processors.

“Based on the V-Ray benchmarks,” says Wallbridge, “I calculated that I could replace all 500 of our current render nodes, which fill five full server racks, with half a rack of dual EPYCs, so 56 machines. We could go from 500 Intel machines to 56 with EPYC and have the same processing power that we have now with much lower licensing costs, power, and cooling.” Blur calculates that with 444 fewer AMD EPYC servers and a rack server power draw of 500watts, this creates 222kW power savings which would mean a massive reduction in the total cost of ownership. Plus, there’s an additional saving from managing 444 fewer servers.

Blur Studio is so impressed by what it has achieved with AMD EPYC CPUs that it is telling other studios about it. “I’ve offered other people in Los Angeles, even our competitors, to come by and run benchmarks,” says Wallbridge. They are not alone praising the AMD EPYC! 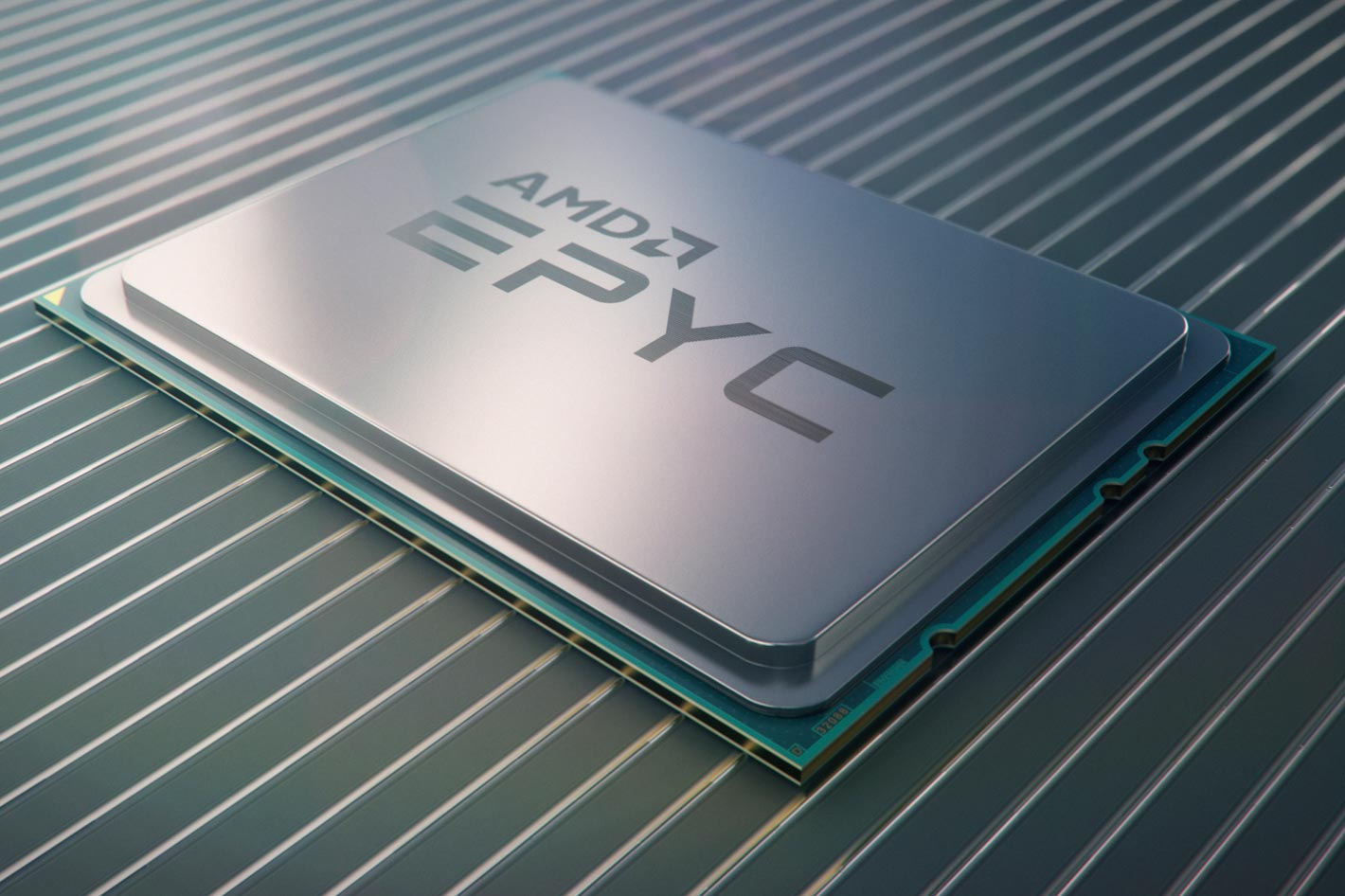 EPYCs cut render times in half!

The Emmy award-winning studio, Bardel Entertainment, a leading animation studio in North America for over 30 years is another company that moved to AMD EPYC after testing the processors for its workflow. Nowadays, even 2D animation takes huge amounts of computing power, and the company was adding more and more Intel servers to its render farm, always feeling that it wasn’t delivering what they needed.

Eric Legaspi, VP of Technology at Bardel knew about AMD EPYC processors and believed that they could provide a much more dependable, higher performing, and cost-effective alternative.  “The minute that we tested the AMD server compared to the Intel ones we were running it was like night and day – he says in the Case Study “Bardel Entertainment streamlines TV animation with AMD EPYC CPUs”, adding “Compared to our previous generation of Intel render nodes, the EPYCs cut our render times in half.”

It’s a constant battle for more speed, more everything, we wrote at the start. The battle continues and the real winner is… the user. In fact, with both more speed and lower price in the equation, users have been the real winners in recent times, since the first EPYC CPUs appeared, in 2018, and transformed the server landscape. In 2019 Netflix engineers demonstrated how AMD EPYC was able to surpass dual-socket Intel Xeon in Netflix’s server optimization and there are many other examples in what can be considered the battle of the decade. 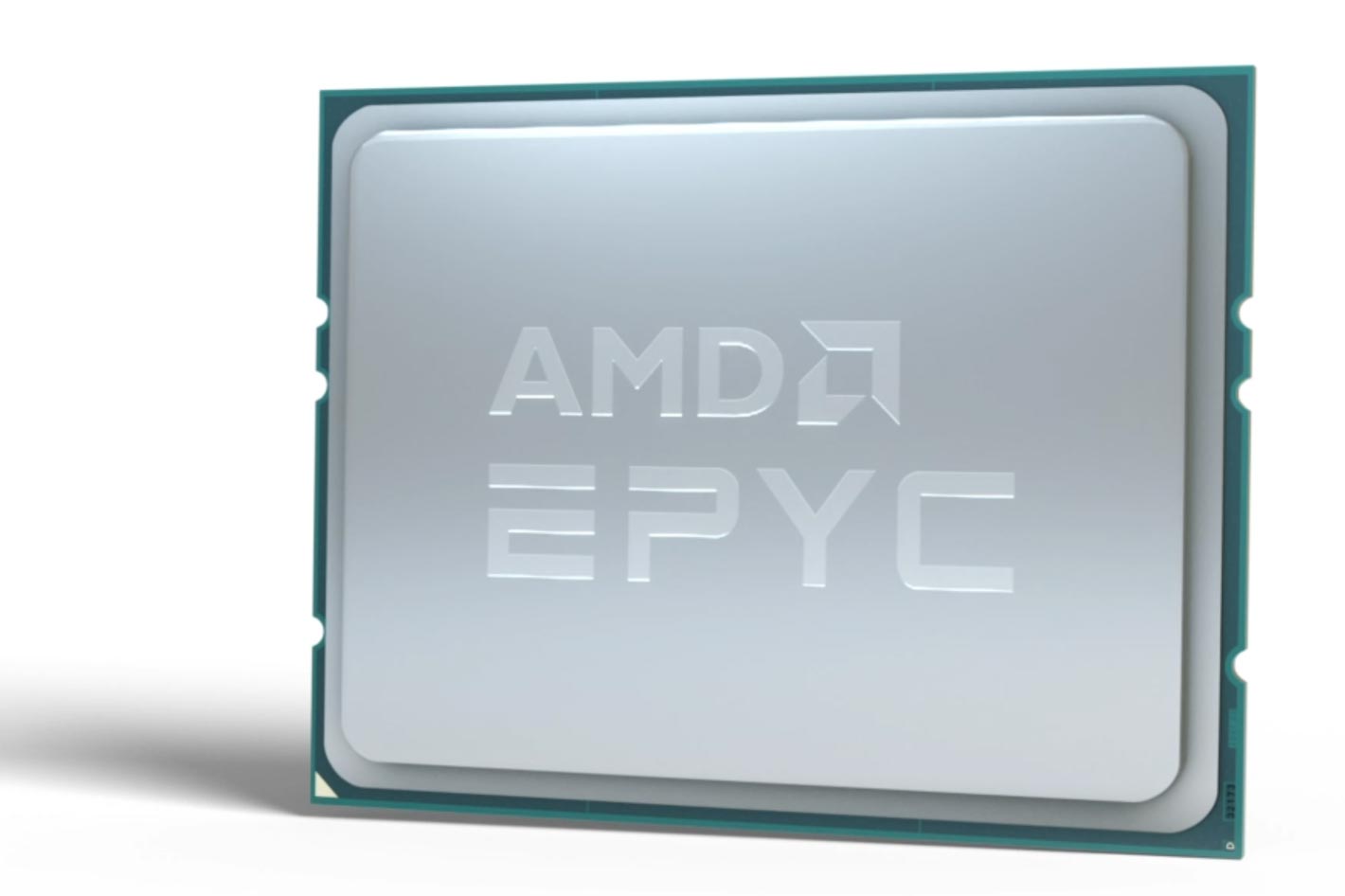 Milan, the next EPYC, will be 20% faster

Intel also has new solutions to offer, but at the moment, when it comes to solutions for productivity and content creation, AMD has the upper hand, and the company has not stopped innovating, promising some surprises for 2020 and beyond, both in the CPU and GPU segments of the market. And the EPYC adventure is about to have a new chapter.

The next generation Zen 3 based EPYC Milan CPUs are expected to arrive by the end of 2020, and the first information available suggests they will be up to 20% faster than Zen 2 EPYC Rome, with a larger cache and faster clocked variants. The information, published by German website HardwareLUXX, also reveals more details about next EPYC CPU, named Genoa, which is expected for 2022.

According to the information published, Genoa will use Zen 4 cores and 5 nm production and the German website adds that “the roadmap now speaks of more than 64 cores for Genoa” and “there is also talk of DDR5, support for Persistent Memory (NVDIMM-P) and PCI-Express 5.0.” No doubt, it will be fast!