Reallusion is devoted to the digital human design pipeline and now adds another link in the chain of tools to design the ultimate digital human, with the release of SkinGen for Character Creator 3.3. 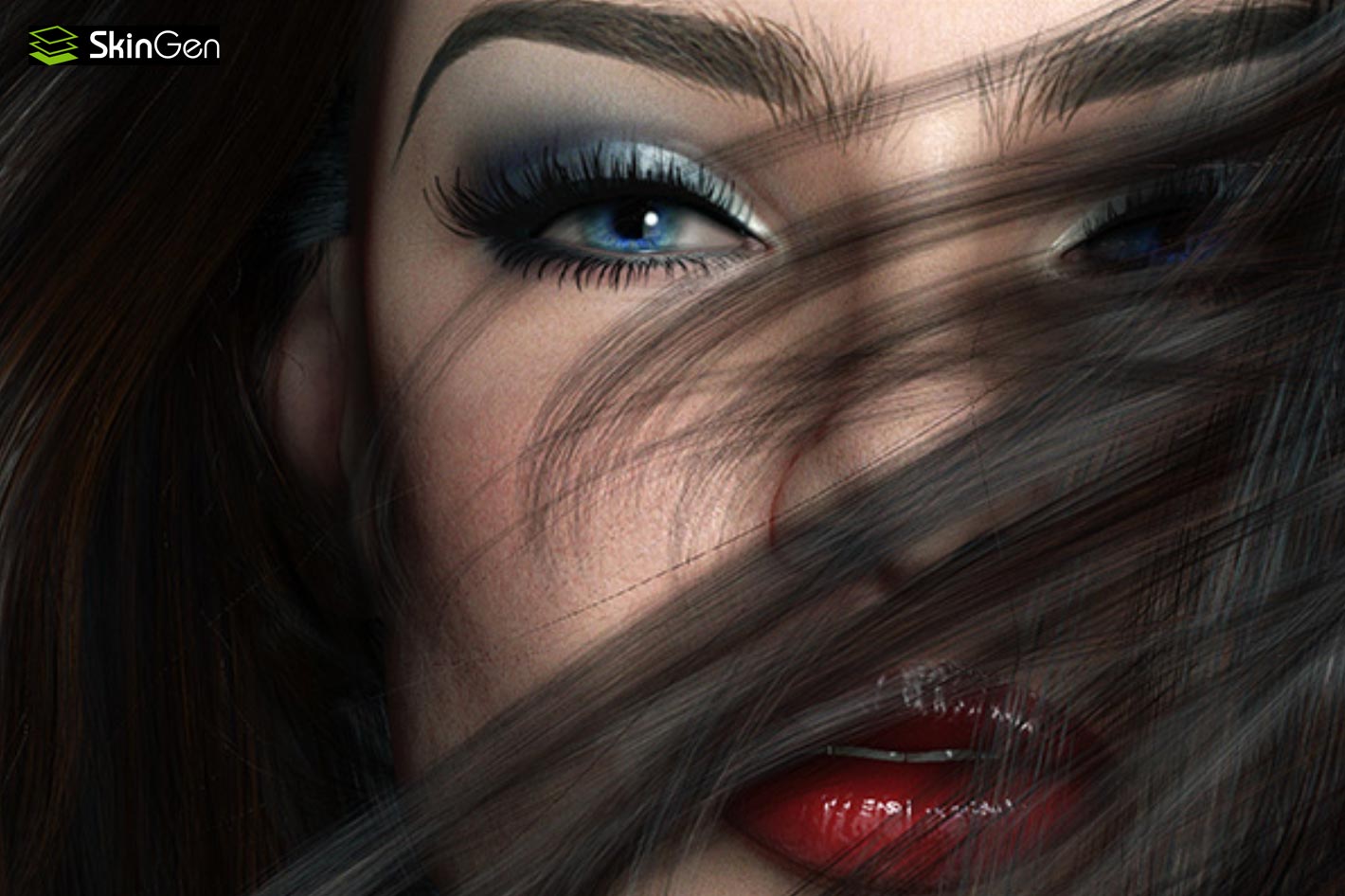 With character animation being an area where evolution is fast paced, Reallusion has contributed with the introduction of a series of tools, from the Digital Human Shader, which features a a complete set of shaders for skin, eyes, teeth, and hair, allowing artists to create realistic digital humans for real-time 3D animation, to Headshot an AI-powered Character Creator plugin that generates 3D realtime digital humans from one photo, in less than 10 minutes. 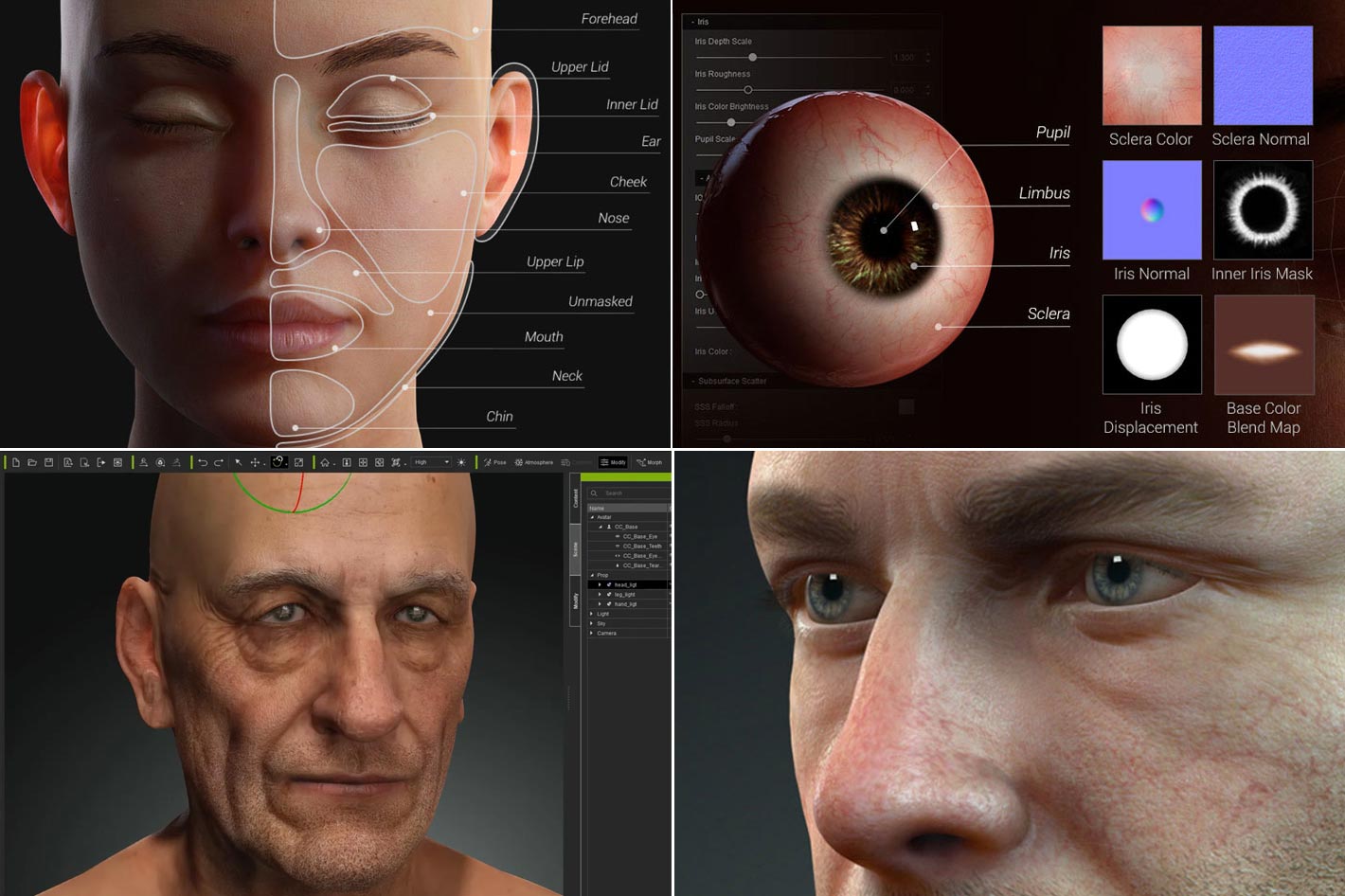 Now the company introduces Character Creator 3.3 and SkinGen, adding another link in the chain of tools to design the ultimate digital human. Character Creator 3.3 features new realism tools that work with the already released Digital Human Shader and the Headshot plugin for rapid digital double creation for a total solution.  Accompanying the release of Character Creator 3.3, the digital human workflow evolves with SkinGen – an intuitive, dynamic skin layer system, and CC 3 Base+, a greatly enhanced character topology for overall visual upgrades.

SkinGen, which was revealed last May, is a “major breakthrough in the digital human workflow that introduces an ultra-realistic dynamic material system dedicated to human skin synthesis. “ said John Martin, VP, Product Marketing, Reallusion. “The tools inside SkinGen are also empowered by the combination of industry leading partners like Texturing XYZ and Substance.  SkinGen makes it possible for anyone to create a character with custom looks for age or appearance, and ultra-fine details down to the pores.

SkinGen offers intuitive skin and makeup design. Basic SkinGen features are included as a free update in Character Creator  3.3. Along with embedded sample Skins and Makeup assets, all users are able to enjoy the layer stack and rich slider adjustments. The new character base (CC3 Base+) is required to present the quality for SkinGen. All existing characters can be easily converted into CC3 Base+, and a Batch Converter is also provided in the CC3.3 release.

The Digital Human Solution from Reallusion benefits artists who wish to quickly animate realistic CG humans made from custom models. Here are some of its key features:

Following the natural layered skin dynamics, the Realistic Human Skin library starts from the muscle layer, and then Skin Details, Blemish on-top, and Acquired Elements like tattoos, finally determine Body Hair on the outermost surface. The simplified layer structure corresponds to real skin and properties to achieve a targeted result.

Realistic Human Skin is made of 270 dynamic materials for skin, hair, nail, tattoo, and blemishes; all magically blended with authentic 3D scan-based elements. Create a wide array of skin ages and appearance options with unmatched flexibility and production quality.

Makeup and SFX  – From Daily Look to Hollywood SFX

The Makeup and SFX is a complete layer based editing environment to build custom makeup looks and Special FX. 280 makeup varieties go from the everyday casual looks to glamorous styles, and on to creative looks like reptile scales, sci-fi cyberpunk, tattoos, or battle-scarred fighter and beyond.

While  Basic SkinGen features are included as a free update in Character Creator  3.3, animators wanting to take the whole proceds further can, through the SkinGen Premium plugin, which unlocks texture import capability and extends the 15 layer editing limit. The 21 dynamic material tools provide full control over every skin and makeup detail for customized skin effects and the UV Converter helps you directly bring in DAZ textures for Character Creator 3 characters.

The Best Package Under $500

Users who want to get started should look at Reallusion’s special entry offer valid until August 31, 2020. Reallusion’s Ultimate Digital Human Creation Bundle gives you an all-in-one solution to create stunningly hyper-realistic characters in no time, says the company. With brand new CC3+ Characters, Morphs, SkinGen Skin & Makeup assets, along with the full-featured SkinGen Premium plugins, you can easily level-up your studio projects to rival AAA visuals.

This bundle has an exclusive, the Human Anatomy Set; 12 ultra-value and highly-detailed avatars are introduced to present the visual standard of CC3+ characters. The perfect starting point to any animated character project.