Epic MegaGrants is a $100 million program that continues Epic Games’ commitment to the success of all creators in different areas. The company behind Unreal Engine is no longer just about games. 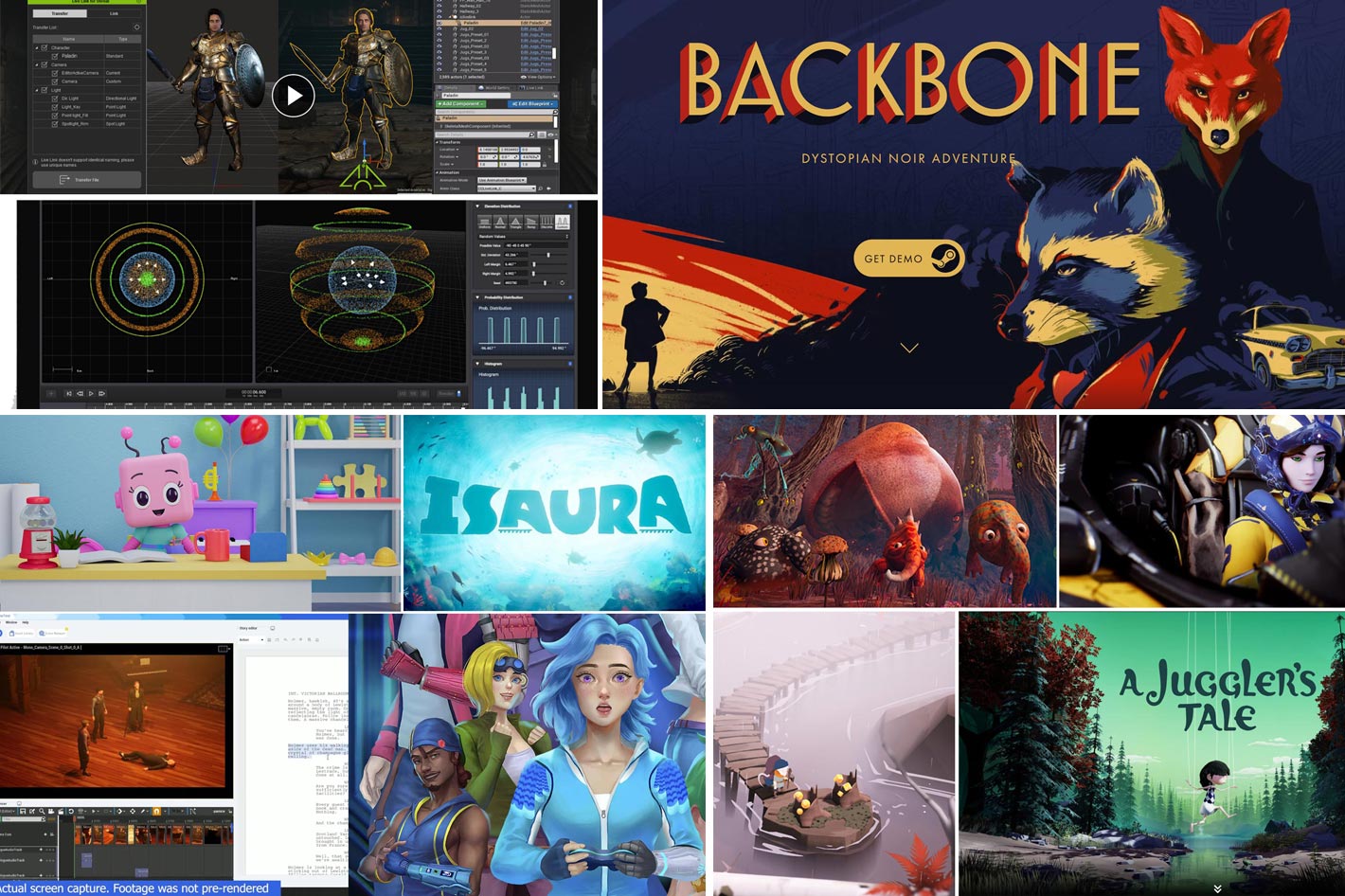 Games, tools and entertainment titles share the more than $60M in financial support distributed by Epic MegaGrants to accelerate the work of nearly 1,000 talented teams and individuals across the planet.

First launched in 2019, Epic MegaGrants is a $100 million program that continues Epic Games’ long-standing commitment to the success of all creators, and is designed to service and assist game developers, enterprise professionals, media and entertainment creators, students, educators, and tool developers doing outstanding work with Unreal Engine or enhancing open-source capabilities for the 3D graphics community.

Funding for all kinds of creative and technological work is the main goal of the MegaGrants project, and Epic Games says “We love supporting UE4 game developers of all sizes with funds to make their projects a success. You can also apply for a grant to fund transitioning your existing or in-development game to UE4” to immediately add that “Individuals or organizations working on a film, broadcast, live event, or location-based entertainment project are eligible and encouraged to apply for funding.” So, maybe you want to try your chance…

Epic games announced today that its MegaGrants program has now surpassed $60M in financial support and revealed some new recipients, a list that includes a variety of projects, from an animated cyberpunk adventures to VR learning environments, and even a mystery noir game starring a raccoon detective, among the nearly 1,000 talented teams and individuals worldwide. 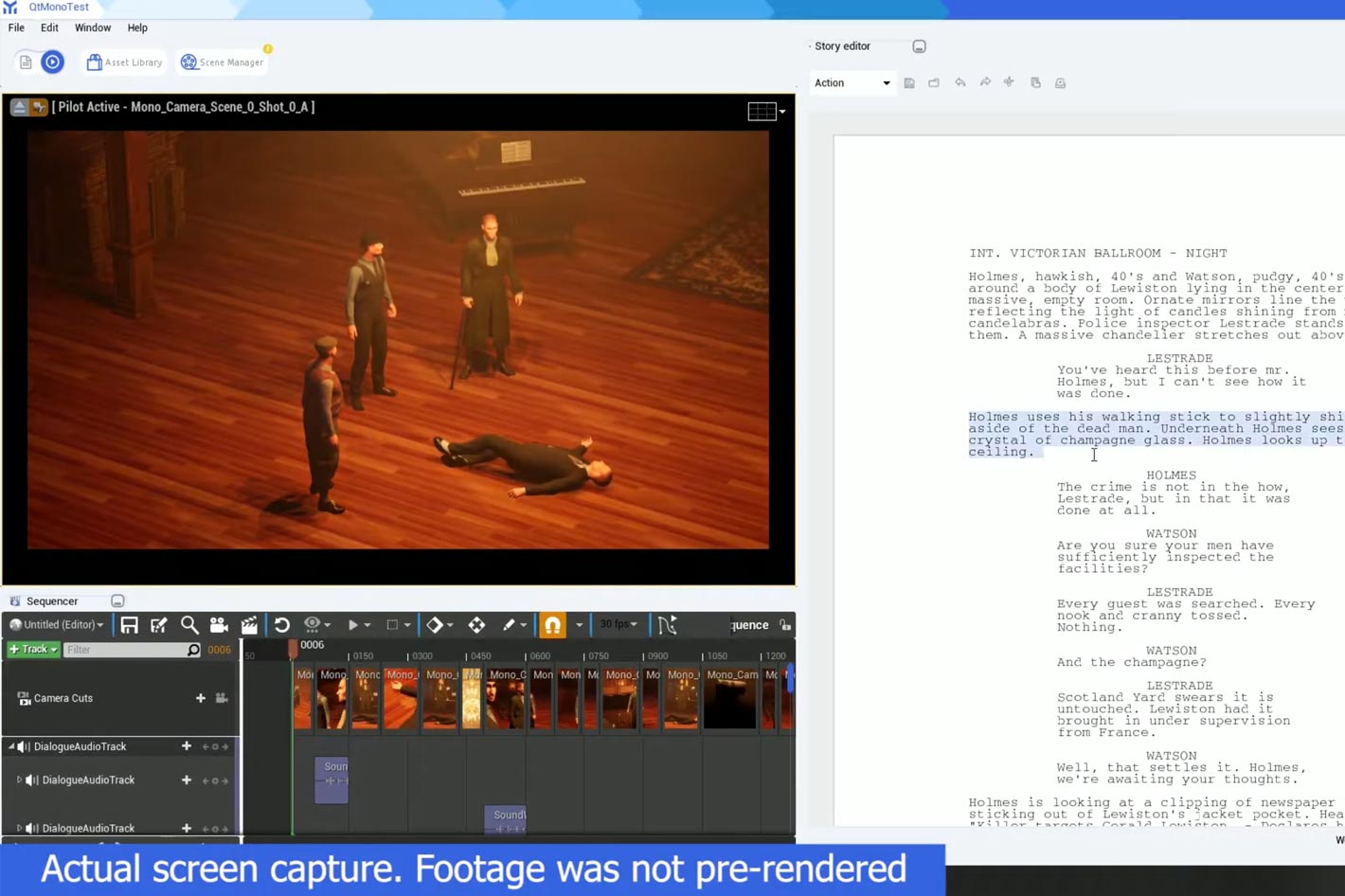 Although media and entertainment titles might be the type of projects ProVideo Coalition readers want to know about, the truth is that the frontiers between different areas is almost non-existent these days, so we decided to publish here the whole list made available by Epic Games, with notes about each different project benefiting from the Epic MegaGrants. The videos chosen to illustrate some of them and the links that allow those interested to explore more about each of the titles will make for some interesting reading during the weekend.

If you browse through the examples, you’ll discover how much games have in common with films, when it comes to storytelling. But it’s not just games, in fact, and PVC readers might be particularly interested in recipients such as the animated YouTube series Meta Runner, which is created entirely in Unreal Engine by Glitch Productions; and the previs tool Monomyth, from Narrative Dynamics, which automates the path from script to screen. 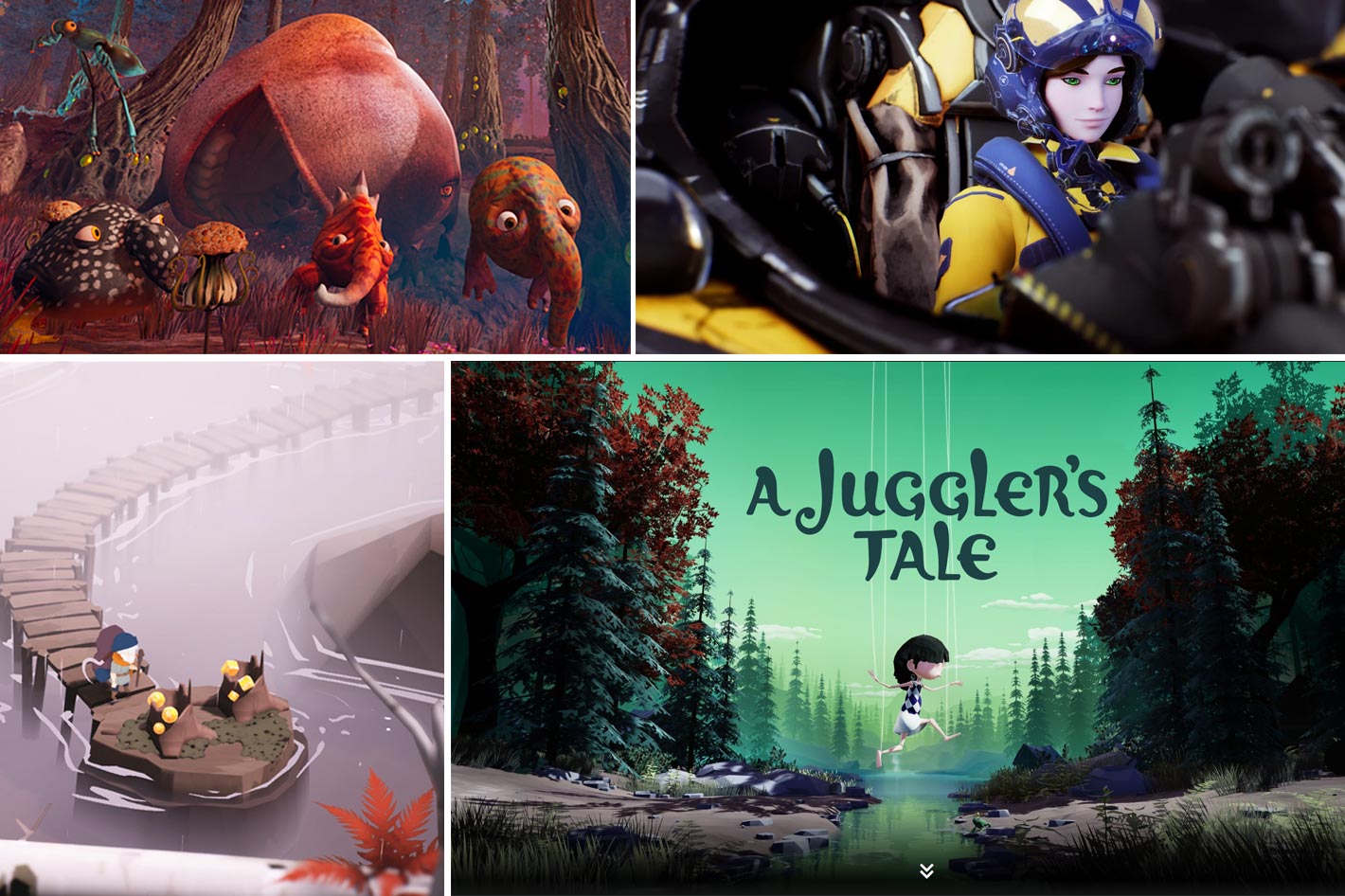 Backbone is a noir role-playing detective adventure. Step into the gumshoes of raccoon private eye Howard Lotor, a second-class citizen of dystopian Vancouver, BC inhabited by animals. Interrogate a diverse cast of characters, collect evidence, and choose which leads to follow as you uncover mystery.

Start a rock band and end the EDM empire in No Straight Roads, a rockin’ action-adventure from the minds of Wan Hazmer (Final Fantasy XV) and Daim Dziauddin (Street Fighter V). Explore Vinyl City and fight musical megastars on your journey to defeat an oppressive EDM empire in an action-packed adventure that mashes together rhythm-infused third-person combat with a jammin’ soundtrack!

A twin-stick vertical scrolling shooter hybrid with a cinematic flare, Cygni is an unrelenting onslaught of eye-popping visuals, ear-bursting soundscapes, and mind-melting action. Outmanned, outgunned, and entirely out on your own, plunge into a sky full of danger in a last-ditch battle for survival in this modern take on the shoot ‘em up genre.

Lead Abby the string puppet through a bruised but beautiful world in this poetic 3D adventure. Solve riddles, evade traps, and shake off pursuers on your way to find freedom. Can Abby take control of her own fate and make a difference with all the strings attached?

Selfloss is a stylized story-driven adventure set in the world of ancient Russian and Icelandic mythology. From the harsh wilderness to vibrant seas, explore the fantastical world and use the light of your magical staff to help or defeat mythical creatures from classic fairy tales and heal soul-deep wounds of an old Volkhv hero.

Control a herd of adorable creatures called Trebhums and explore a strange alien world filled with exotic lifeforms, surreal environments, and the constant threat of the Cylinder, a gargantuan rolling structure of ancient origin which crushes everything in its path. In this unique alien ecosystem, real-time world destruction, animal AI, and organic exploration and puzzle design all combine to deliver an unforgettable adventure. 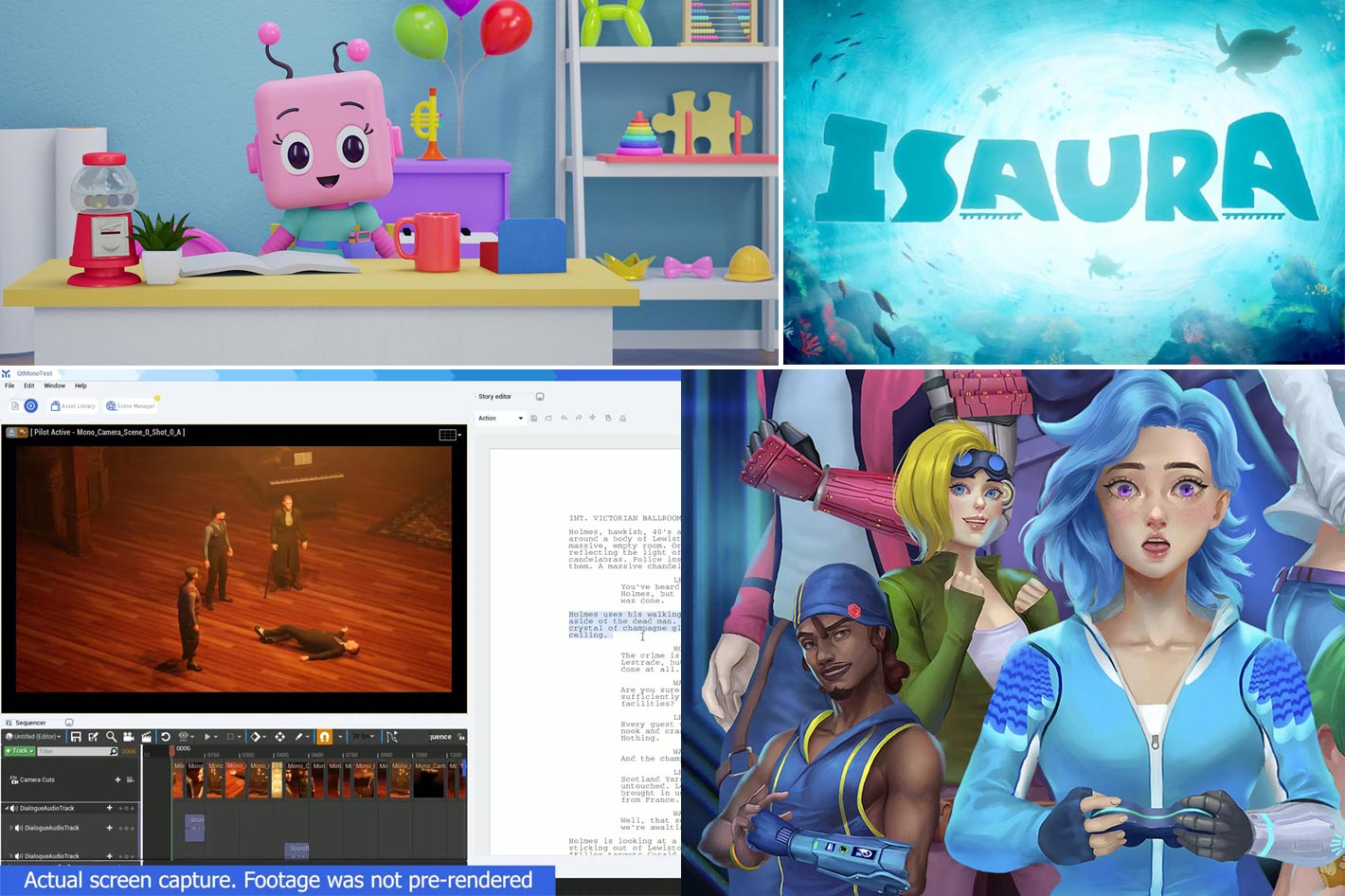 Meta Runner transports viewers to a cyberpunk future in which video games are everything and superstar esports competitors reign supreme. An animated series about games, made in a real-time engine, Glitch Productions are utilizing Unreal Engine’s suite of tools to capture the essence and feel of video games.

Performed in Unreal Engine, Mitzy Makes It aims to show young girls that science, technology, engineering, art, and math (STEAM) can be fun, colorful, and creative.

Monomyth is a powerful previs tool that automates the path from script to screen. Write a scene and watch it come to life with automated camera positions, animations, dialogue, props, locations, and more. The software consists of a script editor, a language processor, and a display module, all built with Unreal Engine. Once a scene is generated, elements can easily be edited and scripts can be tweaked within the application for fast iteration.

Follow the story of a young Mozambican girl as she embarks on an adventure to reconnect humans with nature in the beautifully animated series, Isaura. Cape Town-based Lucan is collaborating with fellow African studio Leaping Rhino to integrate Unreal Engine into their studio workflow and also to build upon their existing pipeline for future projects. 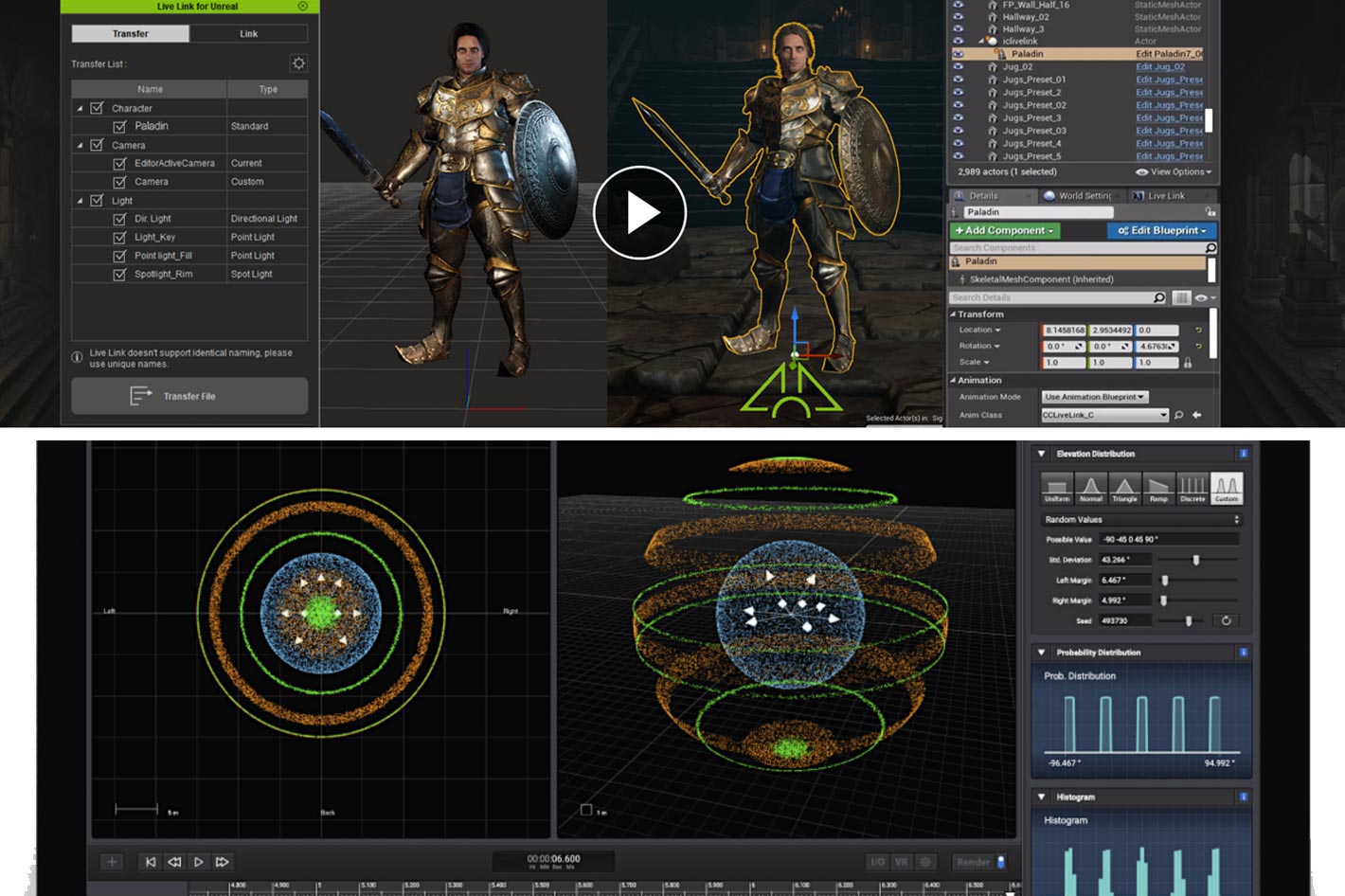 The Unreal Live Link plugin for iClone creates a system for characters, lights, cameras, and animation for Epic Games’ Unreal Engine. Reallusion now provides a complete character creation and animation pipeline to Unreal Engine for indies and studios of every size to realize digital humans.

Sound Particles is an immersive audio software application capable of generating a vast array of complex sounds in a virtual 3D audio world. Widely-used in the world of media and entertainment, the team is now looking to expand their range and bring the full power of Sound Particles to Unreal Engine, unleashing a new world of sonic possibilities for game developers. 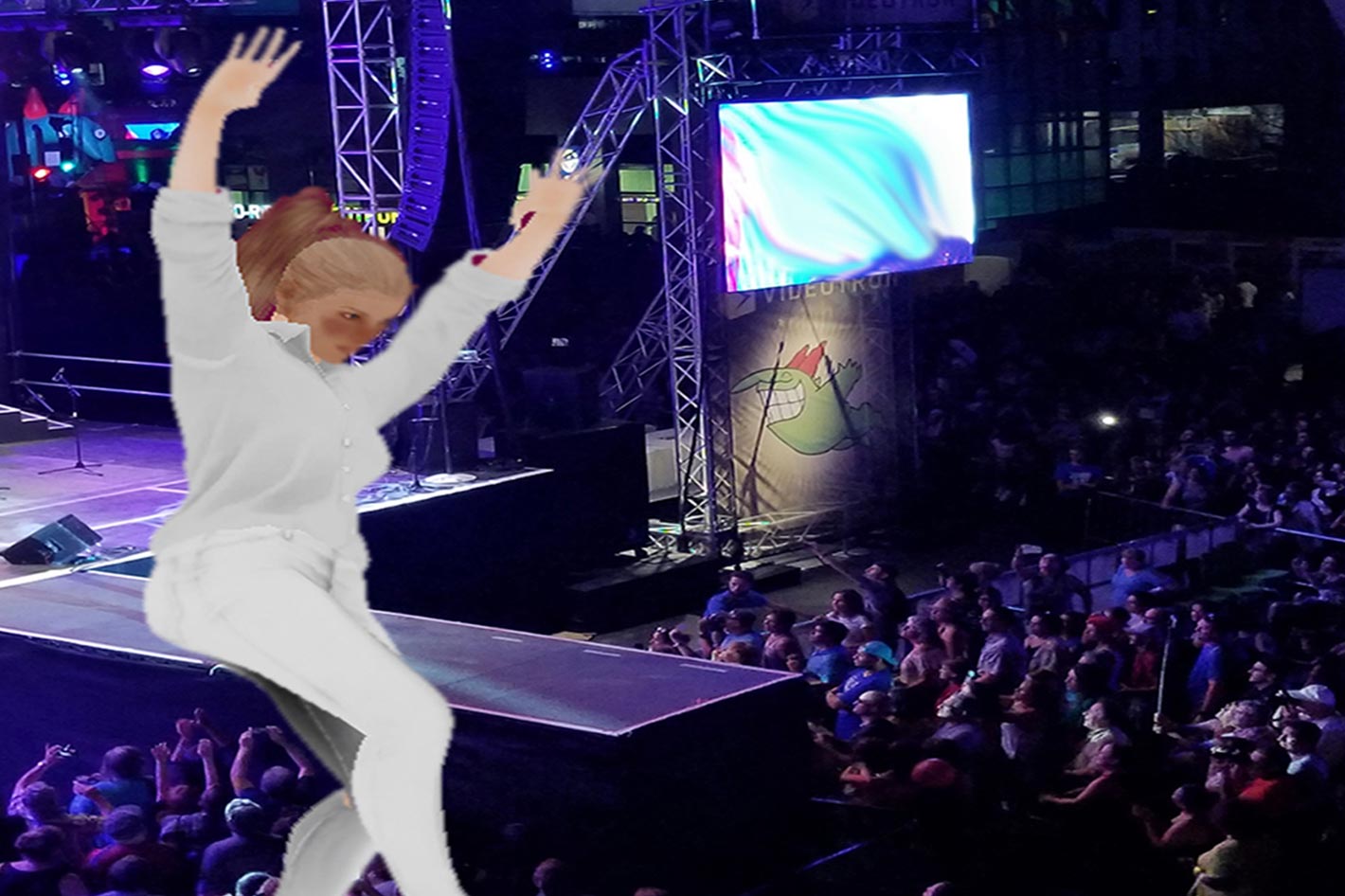 BeBop Sensors are helping people communicate with technology in innovative ways with their smart fabric-sensing platforms and Forte Data Gloves. Using touch, gesture, and haptic feedback, the team is dedicated to changing the way that we interact with extended reality, opening the door for new and immersive VR training experiences.

Renderlounge is developing an interactive factory monitoring and intervention solution to increase safety within the industrial automation sector. The Pakistan-based company has a pilot application to monitor real-time data coming from factory floor machines and interactive commands modules for manual switching of machines in the event of an emergency.

ProteusLabs offers a learning platform that uses virtual reality and artificial intelligence to simulate learning activities found in school and business training environments. Laboratories in chemistry, physics, science, technology, and other learning situations can be recreated in a virtual environment that is nearly identical to their real-world counterparts. Proteus VR’s first augmented reality (AR) and virtual reality (VR) projects were culturally oriented projects related to the arts and performing arts.

College tutor and self-published game developer Ryan Laley is using his more than eight years of teaching experience to educate anyone interested in Unreal Engine on YouTube. His free weekly tutorials are designed to be both informative and easy to understand, providing a fantastic resource for people of all skill levels.