Director Peter Hyoguchi played Unreal years ago, but he never imagined a game engine could be used to make movies. Now he is working on Gods of Mars, a feature-length sci-fi epic made with Unreal Engine. 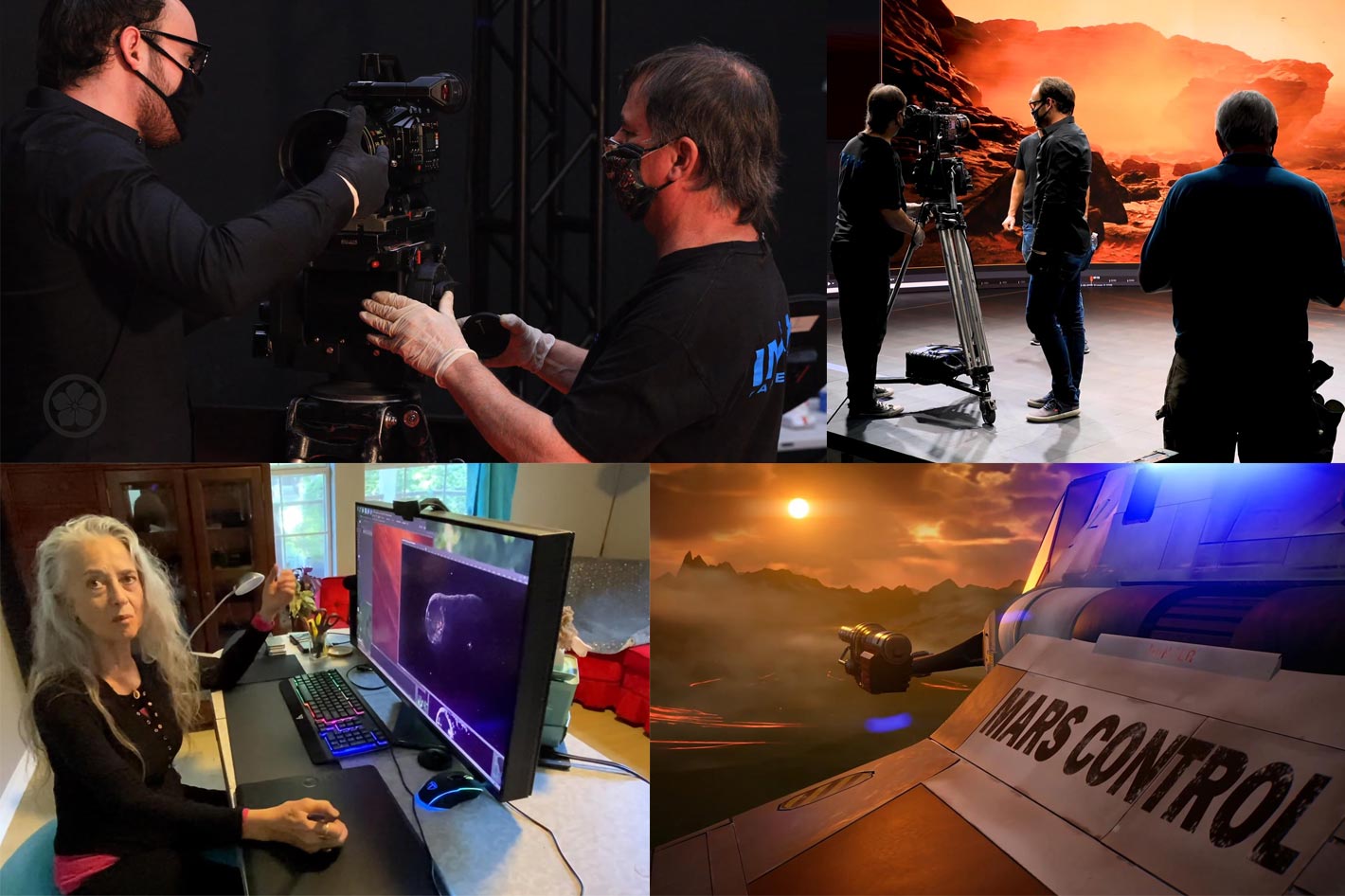 Mix miniatures with Unreal Engine technology and Virtual Production and you’ve a science-fiction saga made at a fast pace and at a fraction of the of the cost of today’s $200+ million studio blockbusters.

Virtual Production is now a buzzword in the movie industry, but according to the team behind it, the upcoming movie Gods of Mars is the first feature to fully embrace Virtual Production. The space epic combines Unreal Engine technology with classic miniature techniques to deliver blockbuster results while slashing costs.

We’ve seen these technologies being used in recent movies and TV series, from The Lion King to The Mandalorian, and discussed in events as the Unreal Build: Virtual Production, a free half-day virtual event that showcased incredible projects and innovations from film and television industry trailblazers. There, a panel of top executives including Chris Del Conte (Amazon Studios), Lynwen Brennan (Disney/Lucasfilm), Girish Balakrishnan (Netflix), Shari Hanson (Paramount), and Christopher Cram (Universal Pictures) discussed how virtual production is changing the game in filmmaking at the studio level – from creative opportunities for artists, to budgeting and staffing – and how they see virtual production evolving from here”. 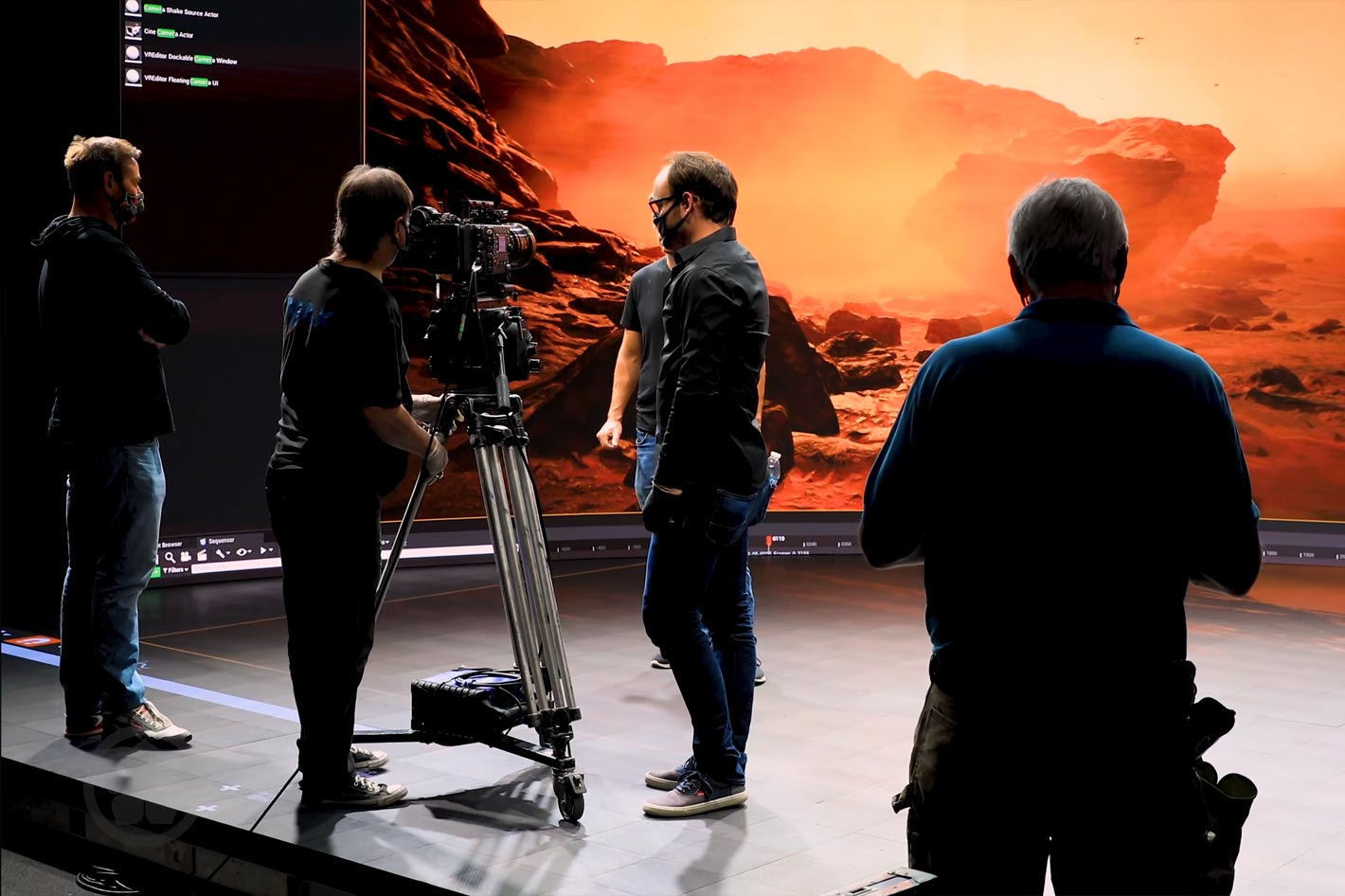 A blueprint for filmmaking’s future

God of Mars is a real-world example of what’s possible to achieve now and the direction the industry is taking. A group of veteran Hollywood filmmakers have announced plans for this feature-length sci-fi epic, to be produced through a blend of revolutionary virtual production technology and special effects artistry from the original Star Wars era. Providing a blueprint for filmmaking’s future, the hybrid technique allows productions to move at rocket speed, and at a fraction of the cost of today’s $200+ million studio blockbusters. 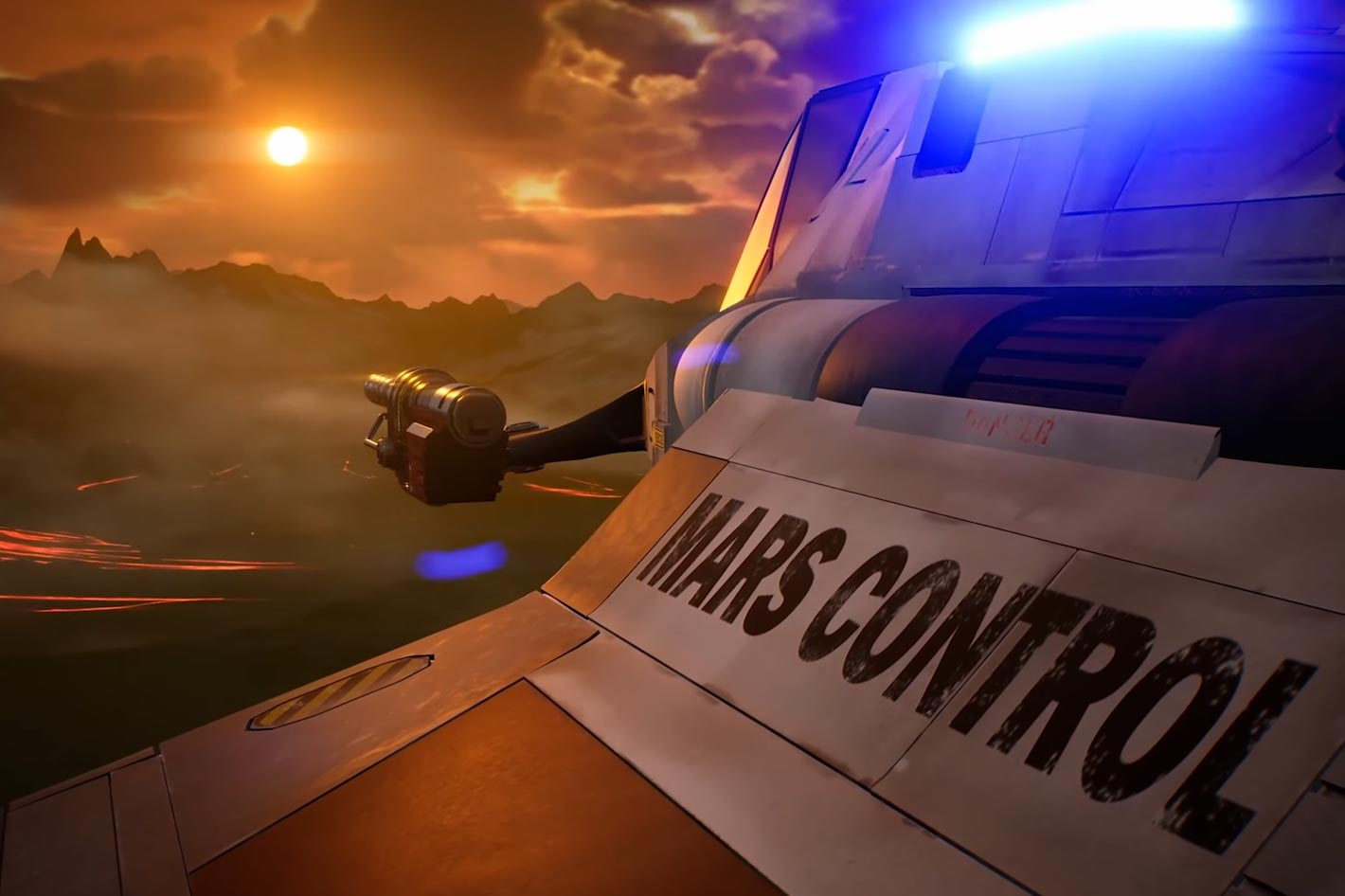 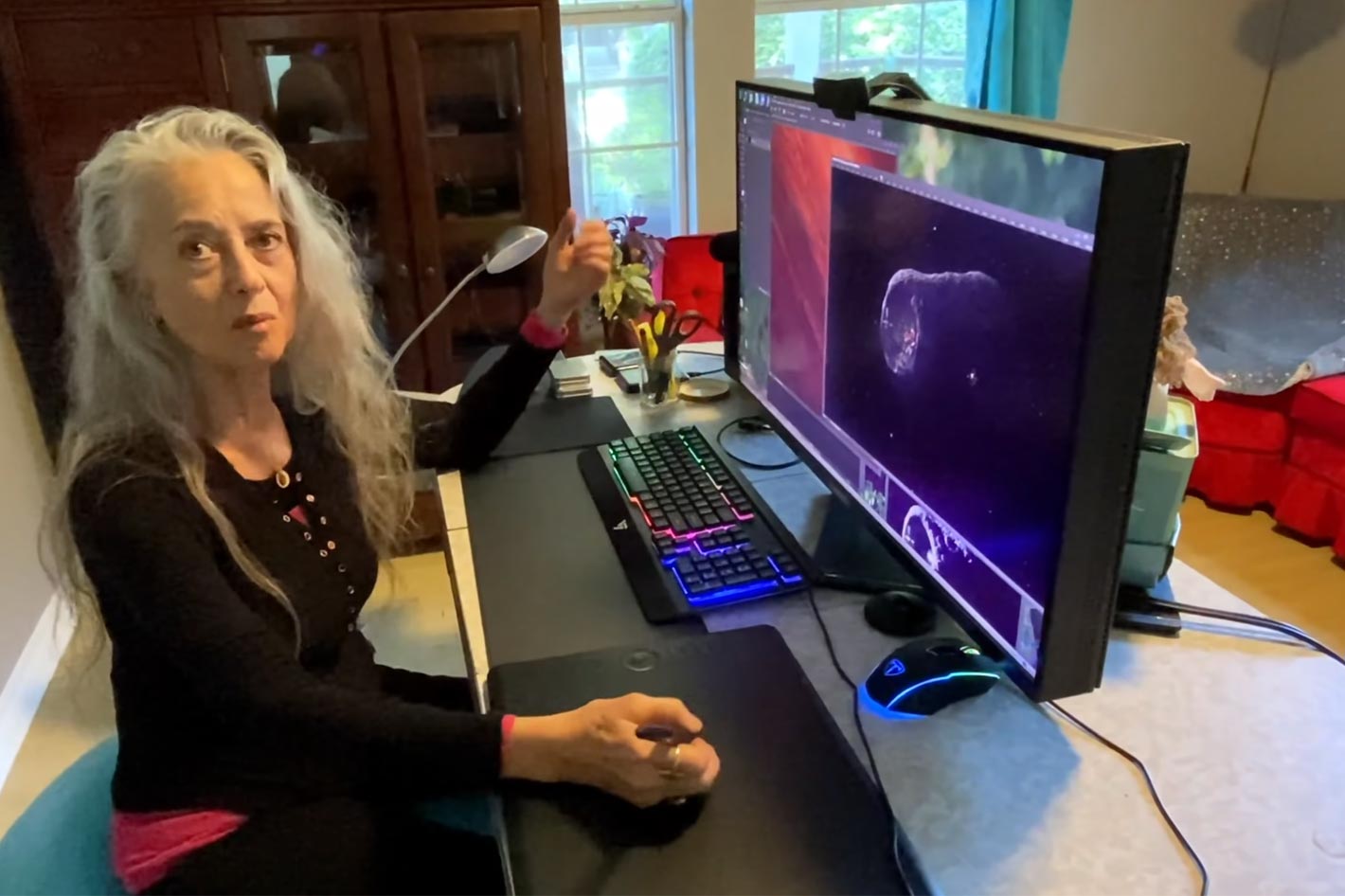 Caroleen “Jett” Green is the teams fantastic matte painting supervisor on Gods of Mars. She’s worked on Ghostbusters (1984), Indiana Jones and the Temple of Doom (1984) Never Ending Story (1984), Willow (1988), How to Train Your Dragon (2010). Production sponsors include Epic Games Epic MegaGrant, Creative Technologies, Lenovo, NVIDIA, Cooke Optics, ASUS, Wacom, Blackmagic Design, Stratasys and Artec 3D. The video GODS OF MARS: Creating a Universe published by the team to share the news about the project explains how the different hardware and software is being used.

The mini-documentary created by the producers about the making of the film also explains the advantages of the whole project. “This groundbreaking technology has incredible advantages,” says Hyoguchi. “Actors interact in real-time to backgrounds they can actually see. Green screens are eliminated as is much of post-production. Shooting on location is unnecessary as live action is captured on stage with the LED volume.”

While a few high-profile film and television productions have made limited use of virtual production, Gods of Mars will be the first feature-length production to fully embrace this new way of filmmaking. “We are proving just how effective these new virtual production techniques are,” notes Schriber. “Our team is confident we have developed a pipeline that can handle major productions. In other words, it works.” 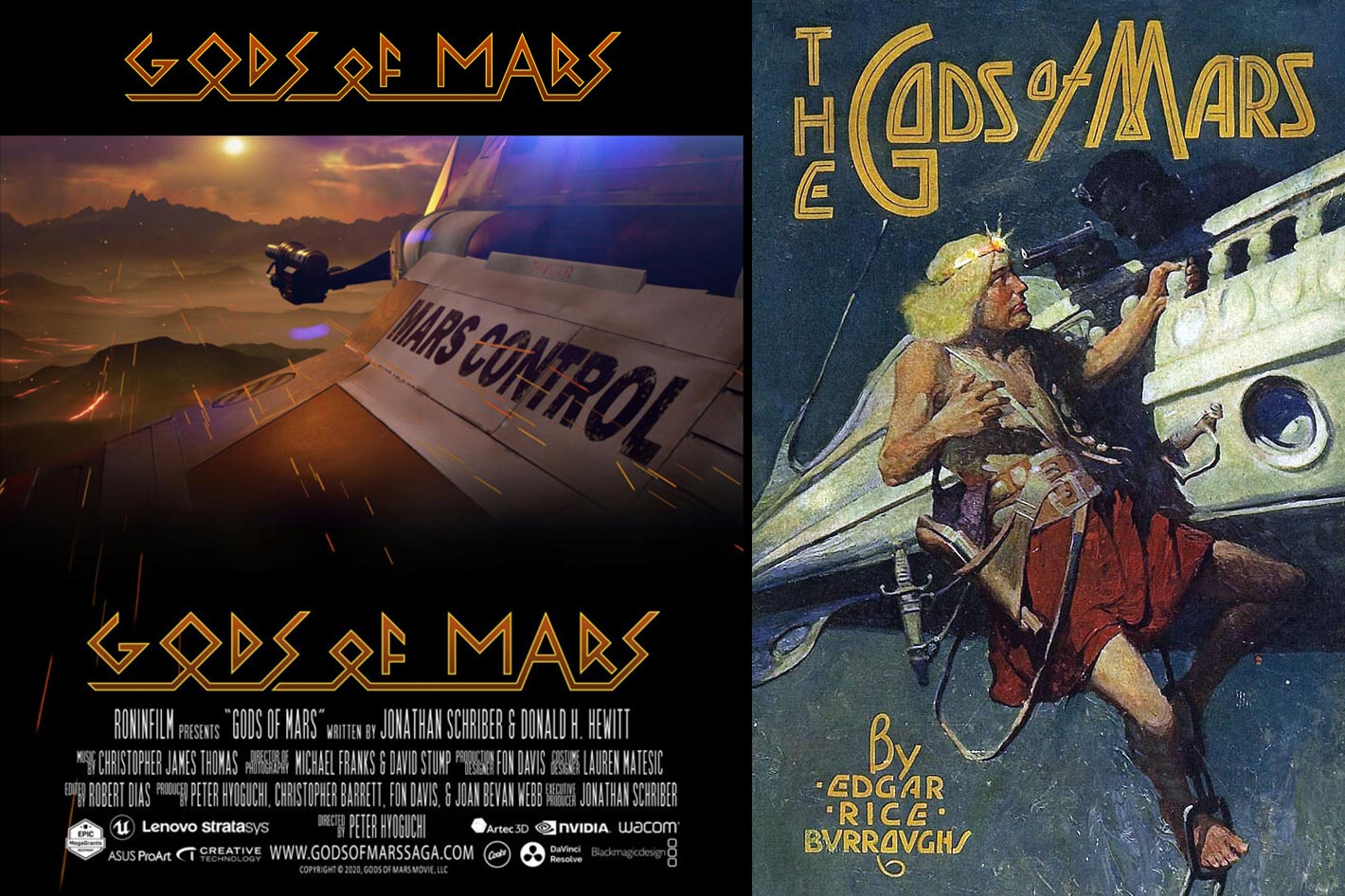 The old and modern Gods of Mars

Science-Fiction fans will, no doubt, remember the original The Gods of Mars, a science fantasy novel by American writer Edgar Rice Burroughs featuring the character of John Carter, first published in 1913. John Carter, the lead character in the first novel by Edgar Rice Burroughs, set on a fictionalized version of Mars known as Barsoom, gave the title to a film released in the United States in 2012. At the time producers Jim Morris and Lindsey Collins promised a sequel, with the working title John Carter: The Gods of Mars, but the poor box office performance of the first film led Disney to cancel plans for a sequel.

The modern days Gods of Mars is an action sci-fi epic set on the newly terraformed Mars, circa 2099. Its plot is centered on a titanic battle for control of the Red Planet after decades of terraforming has produced breathable oxygen and cities have emerged. Its hero is a dishonorably discharged fighter pilot with a personal score to settle with the leader of a group of rebellious miners. He leads a ragtag team of mercenaries on a mission to take out a charismatic cult leader who has convinced a mining colony to revolt.

The movie, says the team behind Gods of Mars, “has a huge, interplanetary scope, air-battles slicing through Mars’s canyons, giant robots, futuristic Martian cities, close combat, and a mystery about who are the original Gods of Mars.”