Watch the behind-the-scenes of the first film shot on Italy’s first-ever LED stage, see how Virtual production is used in The Mandalorian and listen to other top Innovators in real-time production. 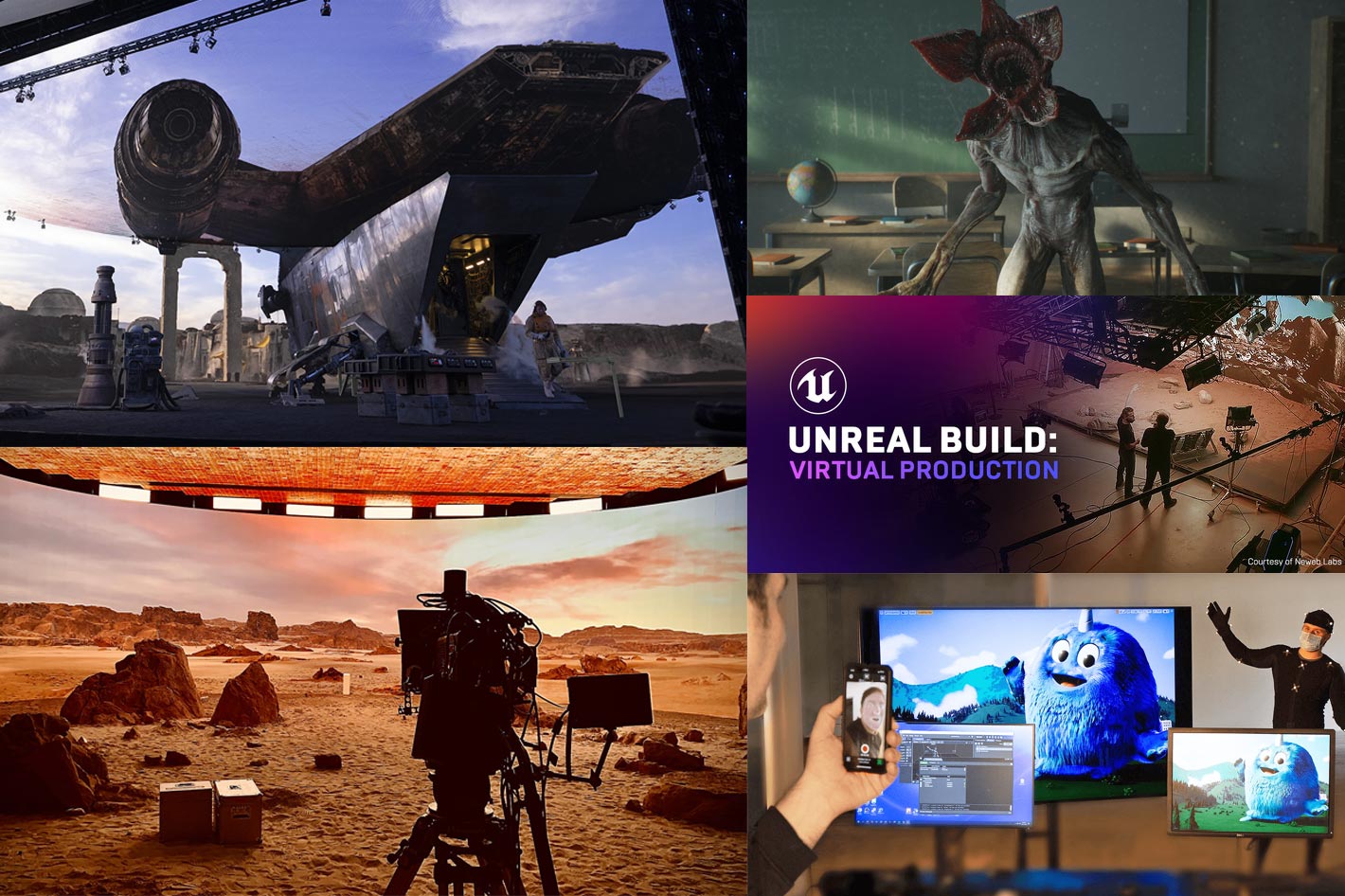 Discover how virtual production is changing the game in filmmaking at the studio level during a free event, Unreal Build: Virtual Production, taking place online on Tuesday, November 10.

Epic Games announced Unreal Build: Virtual Production, an online event to showcase the incredible projects and innovations from film and television leaders who are pioneering new real-time virtual production workflows. It’s a unique opportunity to learn more about how the tools now available are being used in real world situations by some of the top Innovators in real-time production.

The free event, takes place online on Tuesday, November 10 kicking off at 9AM PDT/12PM EDT/5PM GMT, and all you’ve to do to participate is to register following the link to Unreal Build: Virtual Production, one more of a series of webinars, online courses made available by Epic Games in recent weeks.

As Epic Games says, presenting the event, “coming to you from the comfort of your own home on Tuesday, November 10” Unreal Build: Virtual Production “is a free half-day virtual event that showcases incredible projects and innovations from film and television industry trailblazers. We’ll also be bringing you the latest features in the upcoming Unreal Engine 4.26 release. Plus! Don’t miss a special guest presentation from Weta Digital and stay tuned for news on other exciting content.” 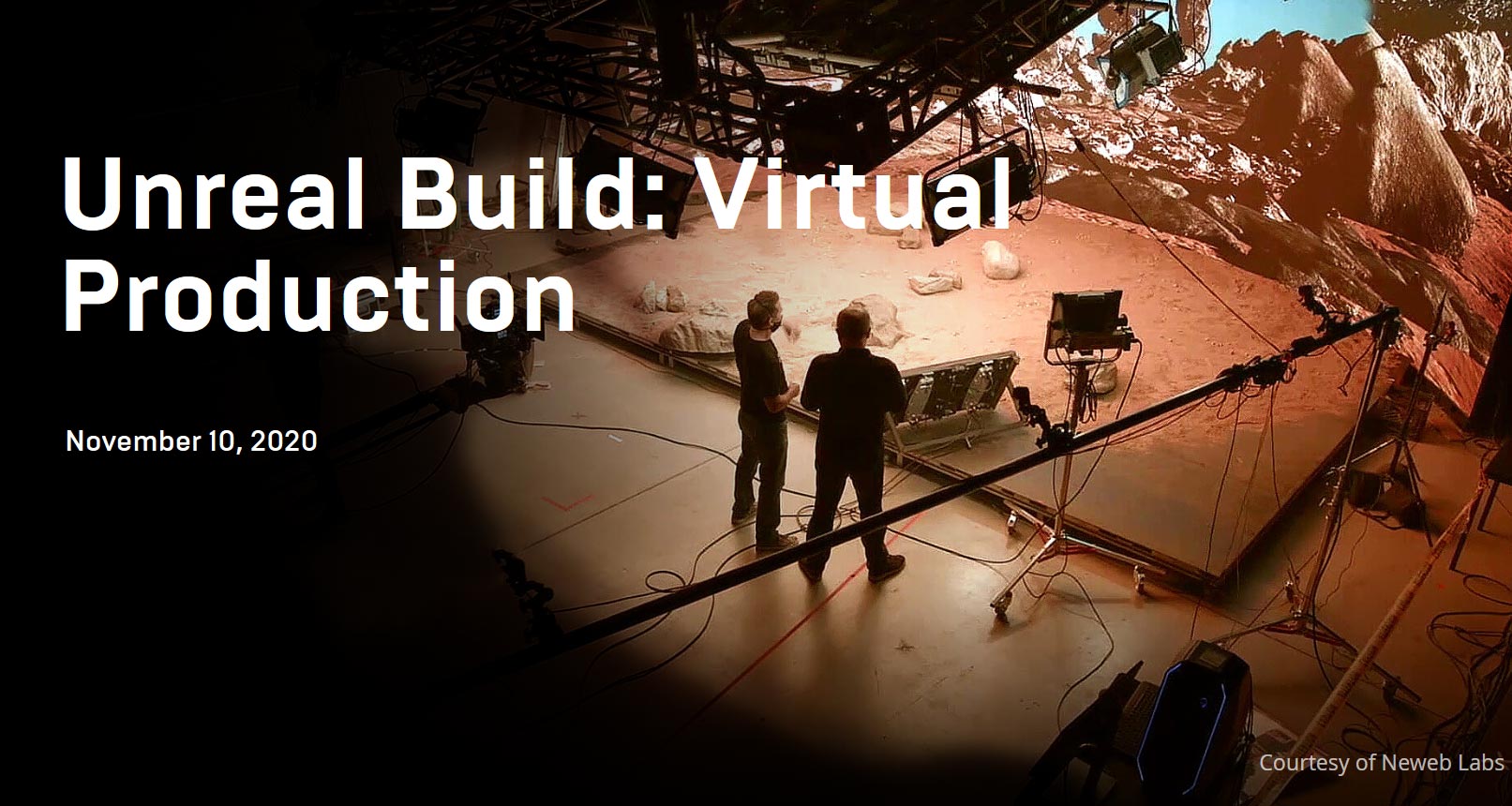 The programing will include:

A more detailed look at the program reveals what the different sessions offer. In “Production Design on ‘The Mandalorian’ Season 1”, Art Director of Disney’s The Mandalorian, Andrew Jones will discuss the value that virtual production delivers with assets built in the art department that carry through to the final picture. He’ll reveal the approach the studio took to virtual production on the space western television series, including a look at the techniques used as well as what worked and what didn’t.

In the “Against All Odds: From Start-up to Showtime in One Year” session the starting conditions are as follows: Money is tight, the director is old-school, and you’re racing against time. Nobody’s done this before in your region. All the odds are stacked against you. How do you take the leap and come out the other side alive? In this session VFX industry veteran Max Rocchetti will share a few takeaways from life on an indie production, debuting content and behind-the-scenes clips from an upcoming Warner Bros. film shot entirely on Italy’s first LED soundstage. 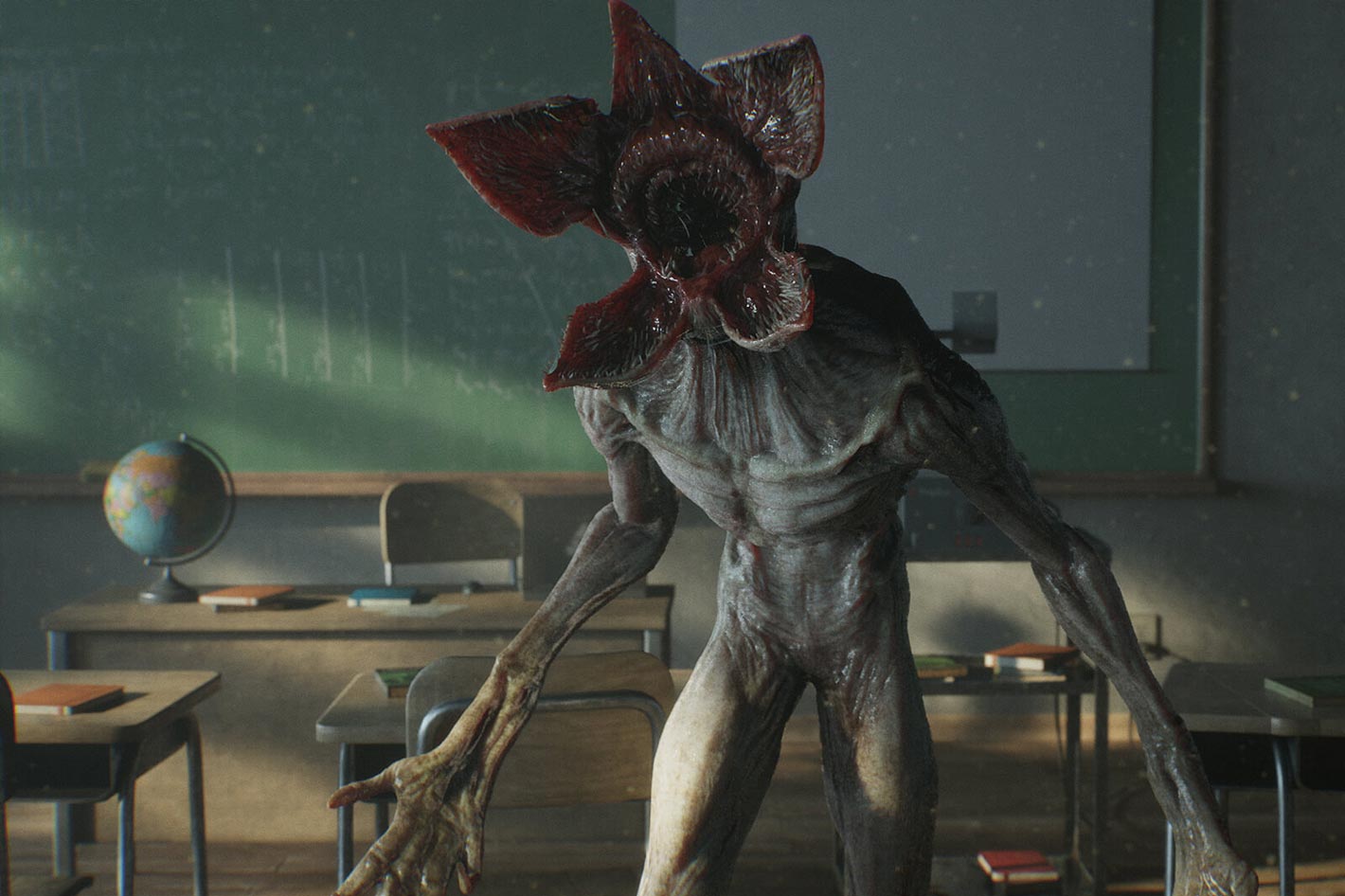 Unreal Creatures and the film industry

The session “Integrating Unreal Virtual Production into the highest-quality character animation pipeline” will explore how animation studio AMGI harnesses the power of real-time rendering to produce high-quality animation at a fraction of the traditional animation time. The presentation will dive into the latest tools and techniques AMGI uses for rapid prototyping of full-body and facial animation, showcasing a process of motion capture puppeteering mixed with key frame animation rendered at super-fast speeds.

Aaron Sims, creator of some of this generation’s most unforgettable cinema creatures like the Stranger Things Demogorgon, will debut new characters and discuss how his studio is bringing them into feature films with Unreal Engine. During the session titled “Bringing Unreal Creatures to the Film Industry” he will explain how Aaron Sims Creative came to adopt Unreal Engine, showcasing scenes and creatures from the studio’s Epic MegaGrant-funded film project, Dive. Over the course of the session, Aaron will reveal how virtual production has helped shape the film, extrapolating from this experience to other projects as well as the industry as a whole.

The examples above and the whole event offer a window into the future of film, television and animated content creation. Don’t miss it as there is also the chance, during the live event, to ask the panel your own questions in the live Q&A. The Unreal Build: Virtual Production free event takes place online on Tuesday, November 10 kicking off at 9AM PDT/12PM EDT/5PM GMT. Register to participate!