The Hydrogen smartphone from RED is not be available yet, but Android users can install the RED Tools app in any other smartphone. And the free app is also available for iOS. 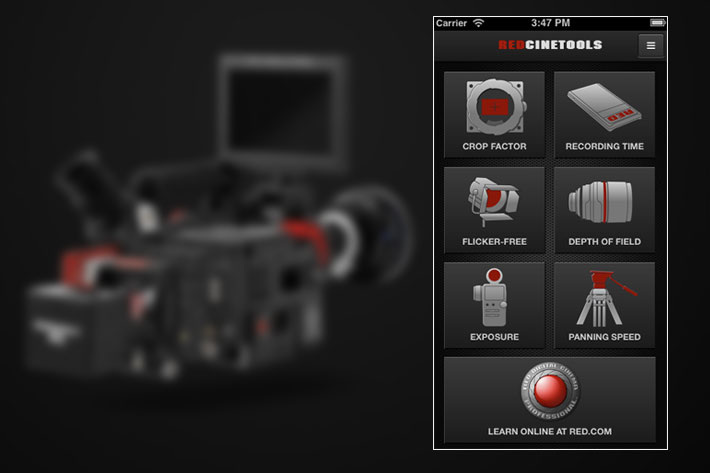 Introduced in 2014, the RED Tools app was only available for iOS initially, but since 2017 is also distributed, freely, for Android users. If you use a RED Digital Cinema camera, this is the app to have.

The RED Cinephotography Tools, REDCineTools, or RED Tools app, as is usually named, had reached version 2.0 when RED decided to launch it also for Android, in November 2017, fulfilling a promise from the launch date. Simultaneous with that release, the iOS version was updated, with a complete redesign of the app, which was rebuilt from the ground up to improve usability and performance.

The update corrected some minor bugs included the option to toggle between light and dark mode to suit the environment the app is used in, support for multiple languages – English, Simplified Chinese, Traditional Chinese, Japanese, Spanish, Italian, German, French, Dutch, Russian and more – was added, and the information and calculations updated for RED’s latest sensor technologies. Since that launch, the iOS version has been updated, in January 2018, for minor bug fixes.

The app is a convenient, multipurpose tool designed for use by filmmakers and camera operators to outline best practices in camera set-up for a variety of shooting situations. Compatible with RED’s DSMC2 and DSMC camera systems, each tool is customizable based on RED camera and sensor type. Standard film formats are also included for comparison. 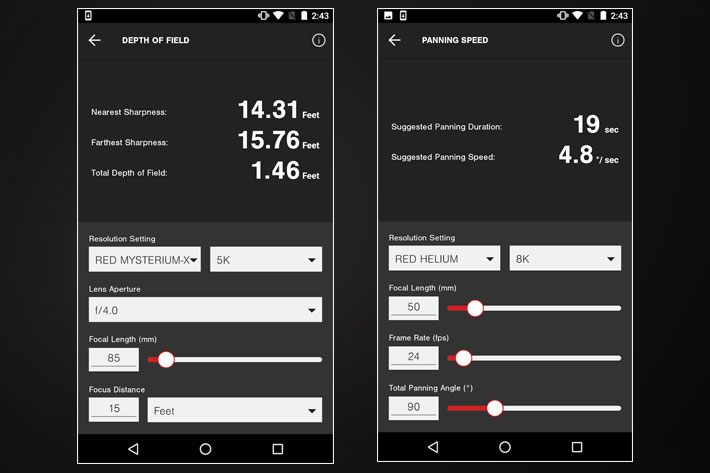 The tools included since the very first version, which was introduced as the RED Cinephotography Tools but rapidly nicknamed RED Tools,  are the following:

General acceptance of the app is positive, but as usually happens with this type of software, compatibility with different smartphones, even using the same base OS, may reflect on the experience users have with the RED Tools app. That has to be taken into account when reviewing/commenting  about the app. Again, as usual with these free tools, some people post negative comments because they expect something else, like a remote control for RED cameras and that’s not what they are getting. If you want to control your RED cameras, there are paid apps, like foolcontrol iOS, exclusively for… iOS and compatible with iPhone, iPad and Apple Watch. 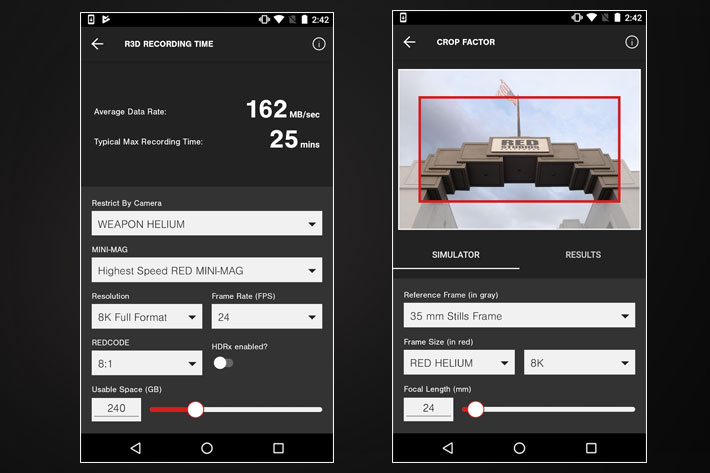 The humble RED Tools app is something else: a FREE app that not only gives you the tools mentioned above, also gives you background information on how they work and why they are needed. The app takes things even further, pointing to other sources of information that will contribute to keep users better informed about the features being used. If you’ve none of the OS – Android or iOS –  and still want to use the RED Tools, there is an online version which can be used from anywhere you have a computer and a connection to the Internet.

The RED Tools app is a must have tool for RED users (it should come loaded as standard in each RED Hydrogen smartphone, when the product is launched), but as it has options for standard Super 35 and even 16mm cameras (in the Crop Factor and Depth of Field modules), you may want to check it as an optional tool to use. It surely is an alternative to going online after some of the information. And if you use a RED Camera and want a Director’s Viewfinder, check the article about free solutions, published here at ProVideo Coalition recently.