There is a vast selection of director’s viewfinder apps for Android and iOS and author Roman Medvid has contributed to that number with versions for specific camera brands. 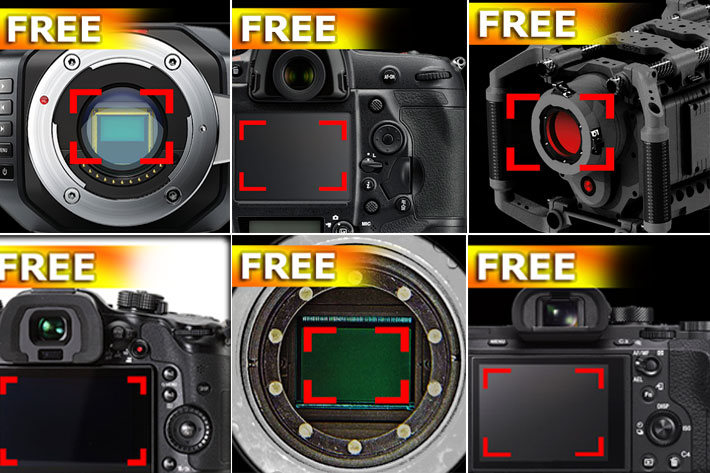 Cinematographers, directors or photographers who use a camera and want to check and or simulate framing without holding the camera, should check the FREE collection of Magic ViewFinder apps.

Whether you use a Blackmagic Cinema camera, a Lumix (or Olympus), a Canon, Nikon, Sony, Arri or RED, there is a Magic Viewfinder for you. Taking the name from the brand it is designed to be used with, the Magic Viewfinder app either becomes a Magic Cinema Viewfinder (for the Blackmagic models) or a Magic RED Viewfinder, or Magic Nikon Viewfinder. Each specific app will present features adequate to the camera(s) it is designed to be used with, but all of them follow the same logic, offering the user a director’s viewfinder. 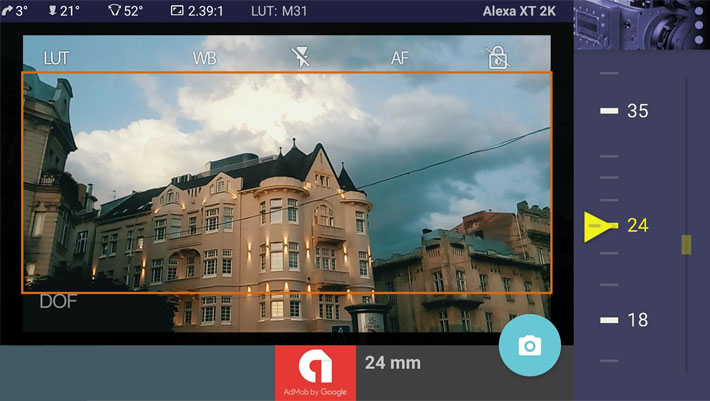 Cinematographers looking for an angle view for the next shoot, a director taking photos for the next storyboard, a cameraman who wants to check framing without having to hold the camera or a photographer scouting a new shooting location, will appreciate what the Magic Viewfinder app can do for them.

According to the author, Roman Medvid, “when I create an app, I know why this app must exist”. That explains why the professional photographer and, as he says, “aspiring camera man”, is also a developer of Android and iOS apps, with a vast collection of programs for imaging professionals… that he also uses.  Roman Medvid notes, on his website, that “over 42,000 people across the world using Magic ViewFinder apps to frame their next shot”, and the comments on the apps page at Google Play and Apple App Store indicate a favorable opinion from most users.

Again, as is, apparently, the rule with apps and smartphones, some models seem to have compatibility problems that do not allow for the app to be – fully – explored or even used. Some users also expect more from a FREE app or simply do not understand what they are downloading, and that explains some of the negative comments. For example, despite the fact that the author notes that “this app does not turn your smartphone into an external monitor, but operates as a stand-alone director’s viewfinder” many people continue to comment negatively, because they cannot find… “the video recorder”. 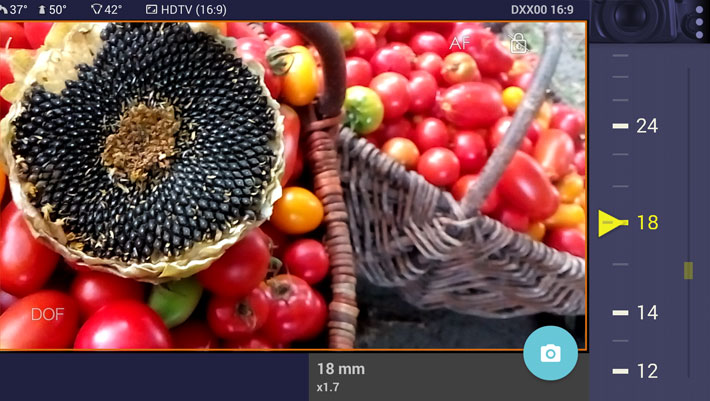 In general, though, the comments and reviews from users who know what a director’s viewfinder is, are favorable, and the author not only replies but adopts suggestions, introduced in continued updates of the apps. If you’re interested in the app, read the comments for the specific version you want, as they will give you a better idea of the app’s development and updates. 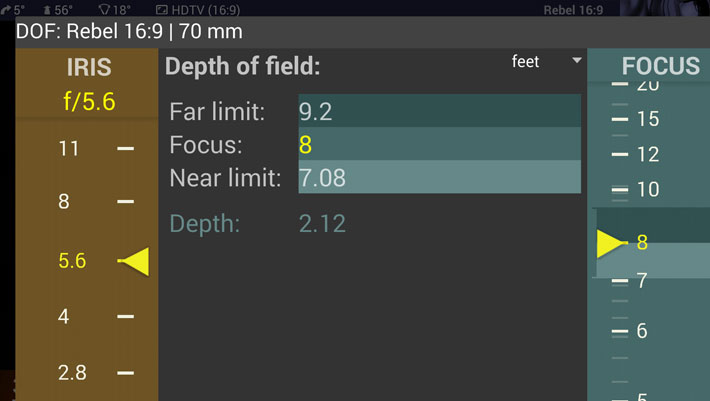 Magic ViewFinder presents you a precise framing preview for the real camera/lens combination you will be shooting with, right where you stand with your phone/tablet. It simulates the framing of the camera and lens it is designed to emulate, and helps thousands of professionals in filmmaking or photography at the preproduction. 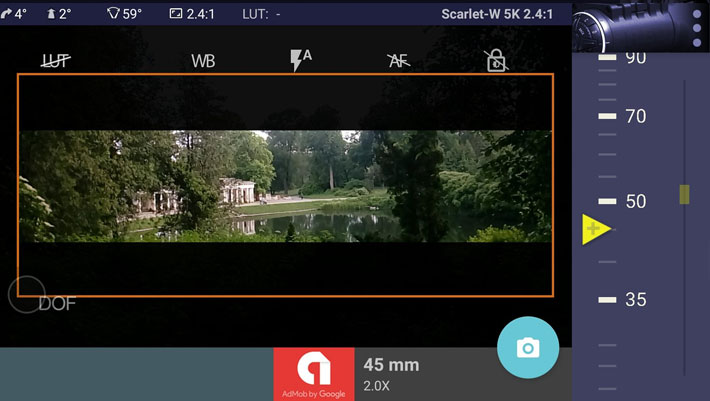 The app also simulates, when adequate, using tele adapters or anamorphic optics on your camera, lets you apply commonly used color presets, or LUTs to the live picture, which brings you even closer to the final shot. While scouting locations or preparing a shoot, when you have found the right view, you may save it for future reference, with additional data like the focal length, tilt and roll, date and time and camera / lens information. While taking a photo, you may lock exposure and turn on and off the auto focus to better control the captured picture.

The app includes more features and also offers a depth-of-field tool. Once you’ve pressed the DOF icon the app calculates the near and far limits of depth-of-field while changing the aperture and the focus distance. It is advisable to read the instructions to fully explore the potential of this FREE director’s viewfinder. The FREE app shows ads, which help Roman Medvid to continue development, and has some limitations. If you want to try the Premium Features before buying the app, you can do so by watching a video, says Roman Medvid, that will unlock features for a couple of hours. 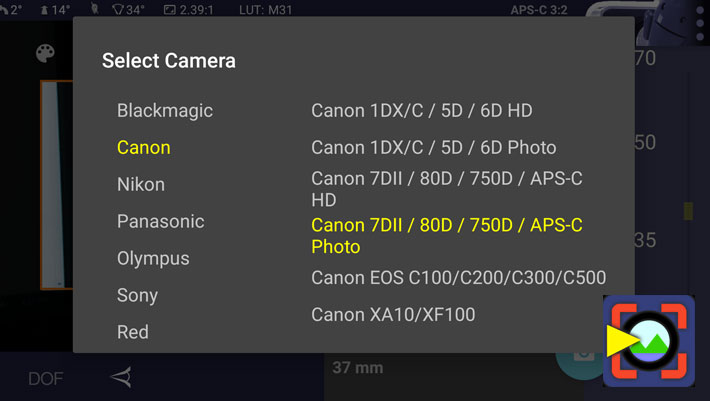 If you want to permanently activate additional settings, to increase the range of supported cameras to Blackmagic, ARRI Alexa, RED, as well to Lumix, Sony, Canon, Nikon and 4/3 formats, to use all available optical adapters, frame guides and anamorphic indexes and to turn off advertising, you can subscribe to paid Premium Features or purchase the advanced Magic Universal ViewFinder app (for Android), which works with all cameras, priced at $5.50.

It is important to keep in mind that the Magic Viewfinder app will perform best on modern smartphones, offering at least  HD or Full HD display. On older and smaller devices, says Roman Medvid, the program may perform awkwardly. The author also indicates that calibration is recommended for a precise operation of the app. You can start Calibration process from the menu, the instructions are on the web site. Follow the link to look at more information and to read the manual.