Introduced onto the market while many were celebrating Christmas, the new lenses from Yongnuo and 7Artisans offer photographers and videographers new alternatives at accessible prices. 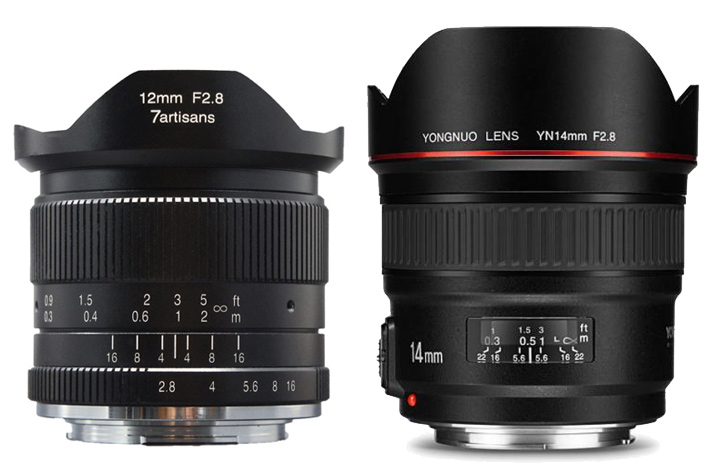 The Yongnuo YN 14mm F2.8 in Canon mount, and the 7Artisans 12mm f/2.8 and 7Artisans 35mm f/1.2 for different mounts are now available, after having been announced a while ago. Time to check them if you’re on a budget.

While we can’t vouch for the quality of the lenses now available, there is no doubt that the market offers a wide ange of choices when it comes to prices. Yes, the quality may not be there completely, but what can one expect when a lens like the Yongnuo YN 14mm F2.8, which aims to compete with Canon’s 14mm f/2.8 L II, as it fills the same function in terms of coverage? While the construction is different, along with the mechanics – no USM but a normal DC motor for focusing – the lower price may be one good reason for some to invest on this solution.

Yongnuo is expanding its collection of lenses, and this new model seems to move to a new level,  even offering things as a USB connection to update firmware, something Yongnuo introduced in its 100mm f/2. While the price for this lens is not yet available, a popular Yongnuo lens, like the Yongnuo YN 50mm f/1.8 lens for Canon EF, costs $48.95, while Canon’s original 50mm, if it was available, would cost double or more. As it is now, the only similar lens available, the Canon EF 50mm f/1.8 STM lens – which is different, no doubt – costs $125.00.

While both Yongnuo and 7Artisans products are wide-angle lenses, the reason why we present them together in this first note on lenses for 2018, they are worlds appart when it comes to their market. The two lenses from 7Artisans are manual only prime lenses designed to use with mirrorless and APS-C cameras. 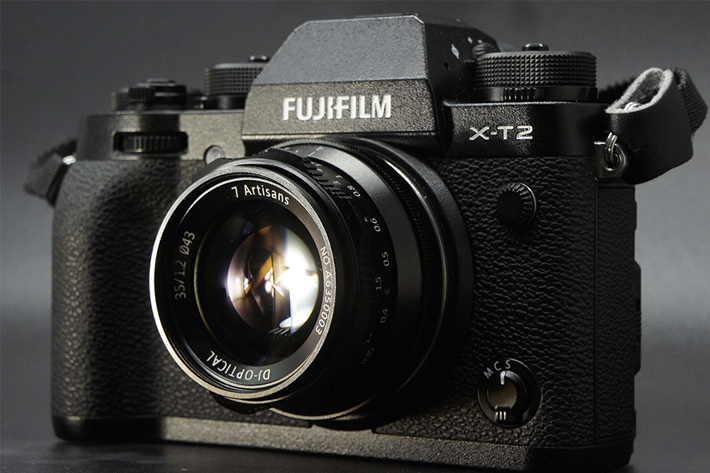 The 7Artisans 35mm f/1.2 is available for Sony E-mount, Canon EOS-M and  Fuji FX. With a close focus distance of 0.35m, 9 blades aperture, lens construction based on 6 elements in 5 groups, and a weight of 150g, the lens is finished in black, making it the ideal companion, color wise, to cameras like the Fujifilm X-T2 black. Priced at $145, the 35mm is introduced at the same time as the 7Artisans 12mm f/2.8, which is available for the same models of cameras. Manual focus, with a close focus distance of 0.2m, seven diaphragm blades and a design based on 10 elements in 8 groups, the lens weighs 295g and costs $188.

These lenses, introduced during the last days of December, and widely available this January, mark the start of 2018, when a series of new lenses, from players as different as Samyang or Zeiss are expected to reach the market. From Nikon, Canon and Leica to Tamron or Sigma, expect 2018 to be a year full of new launches.