Europeans started the trial test of the XRSpace Manova, a VR headset that North America will receive next, in a clear demonstration that Virtual Reality is expanding as a solution to watch content. 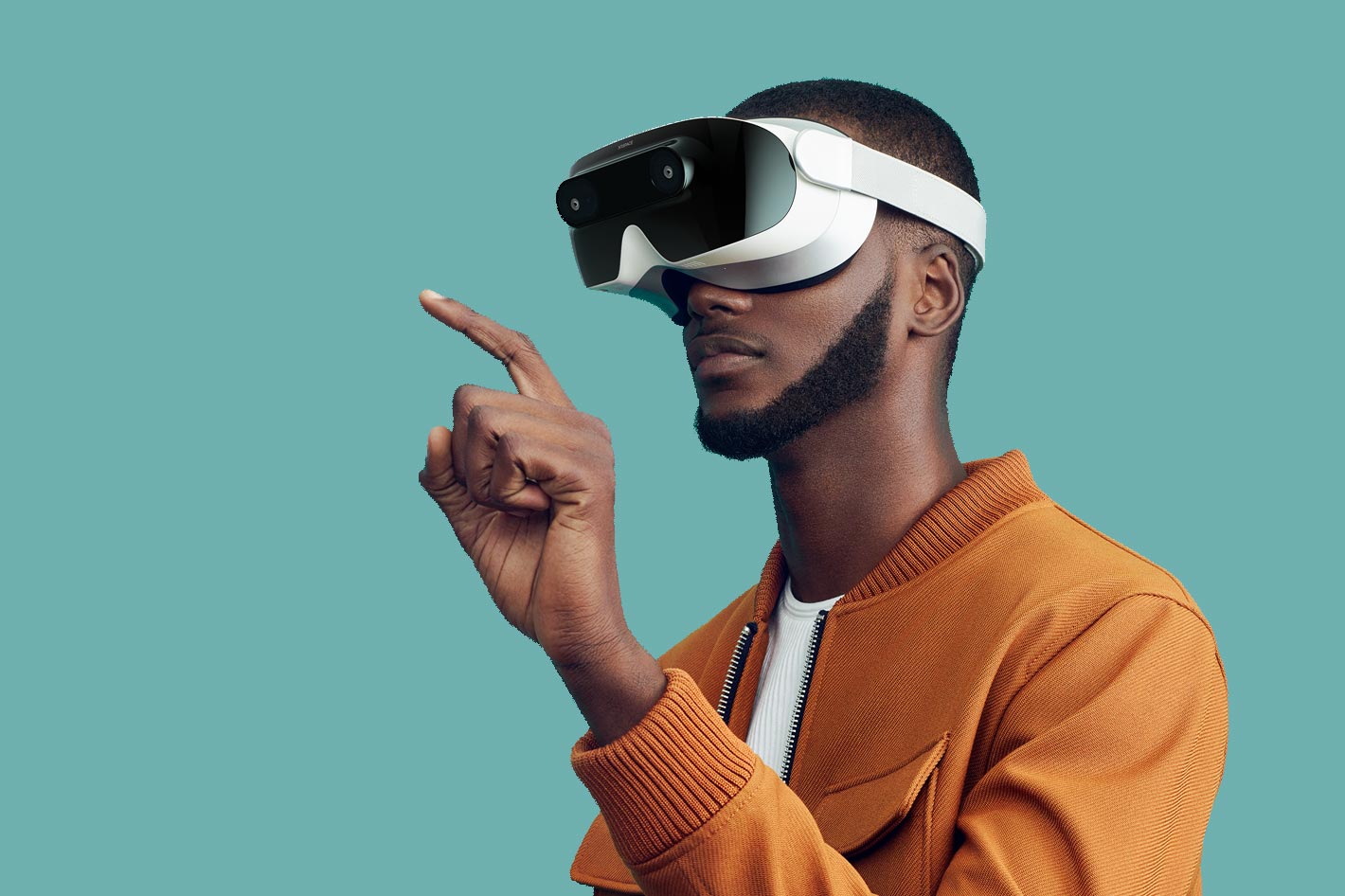 Available in Europe before Christmas, the XRSpace Manova VR headset may be your best bet if you don’t want Facebook’s Oculus Quest 2 or can’t find the HP Reverb G2, which is gone AWOL.

Promising to offer a cross-platform experience for smartphone and PC based users in January 2021, XRSpace is an extended reality platform offering everything from social connection to movies. To access the platform, you need a new VR headset, the XRSpace Manova. Touted as the “All-In-One Virtual Reality Device” the headset features a Qualcomm Snapdragon 845 chipset, which powers the 2880 x 1440 display panel featuring a 90Hz refresh rate. Packed with 6G RAM and, says the company, “still 20% lighter than most”, the Manova will be offered with 5G, LTE and Wi-Fi. 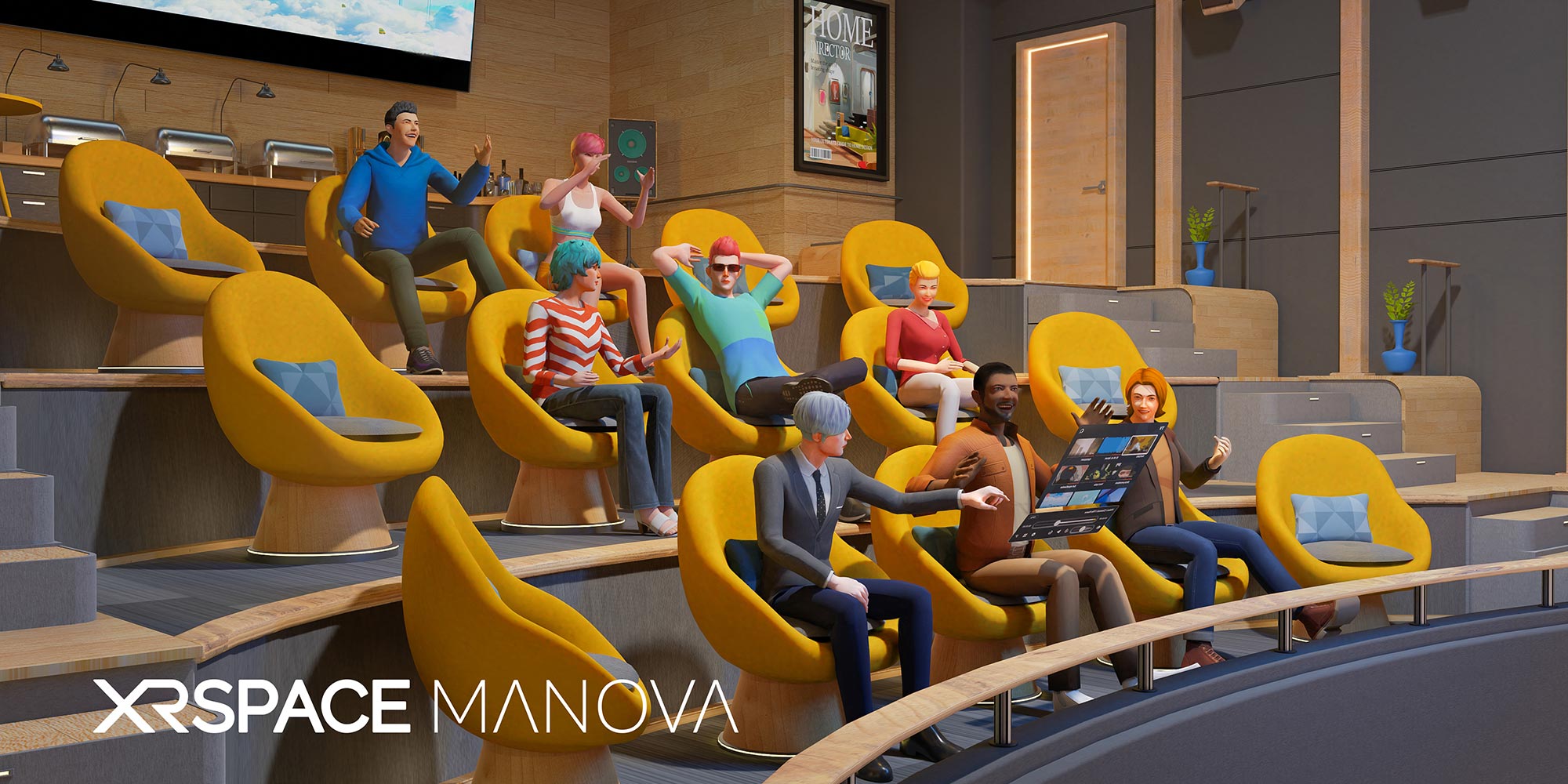 The version now available, with Wi-fi only, costs €499.00, with access to the social VR platform Manova World, which will be the hub for all activity. This new virtual world reminds me much of the early 2000’s  Second Life virtual world, now with VR added, and only time will tell if it will attract the masses. We do live in a different time, though, and the pandemic has contributed to the expansion of VR usage in different industries, from health care to entertainment. With many events moving online, Virtual Reality became a logical option to reach audiences, as ProVideo Coalition has revealed in recent months.

Behind the whole project of XRSpace Manova headset and virtual world with a social component is Peter Chou, cofounder of HTC – the company behind the pioneer VR headset Vive. Back in February 2020 Chou prepared to launch the XRSpace at MWC in Barcelona, but the pandemic forced him to change plans. In the end it may well be the pandemic that will make more people interested in VR, as it offers new ways to interact. 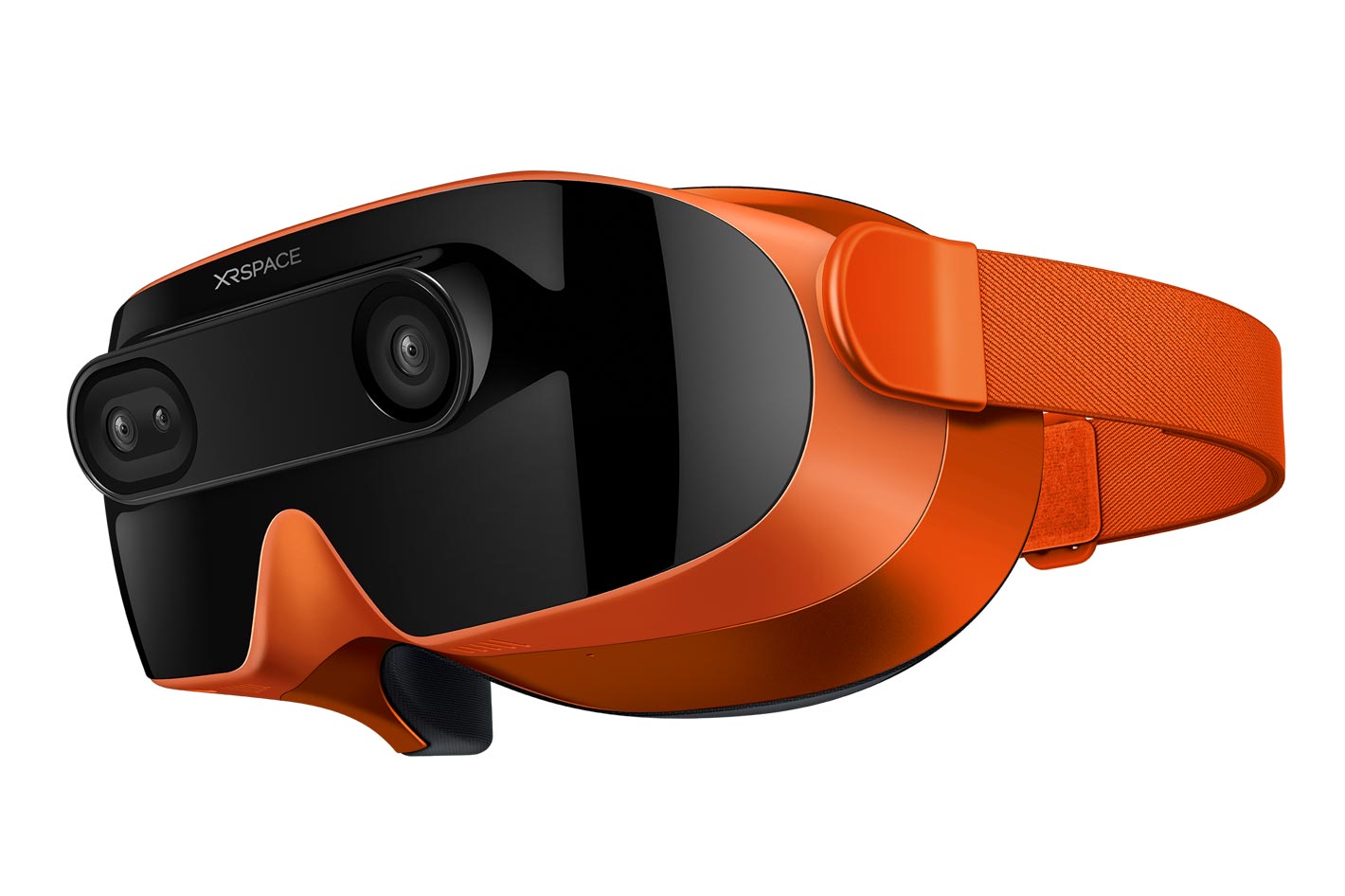 A trial with 400 users in Germany

This December XRSpace partnered with global telecoms giant Deutsche Telekom to begin an exclusive user trial; 400 of Deutsche Telekom’s users, have been invited to test and analyze XRSpace’s gesture-controlled Manova headset, the platform software, the avatar’s autonomous movements and user interactions within the social and communications VR platform. Ah yes, the Manova needs no additional controllers – it comes with a simple one – as it relies entirely on hand motions and gestures, something its creators believe will make it more attractive to the masses. 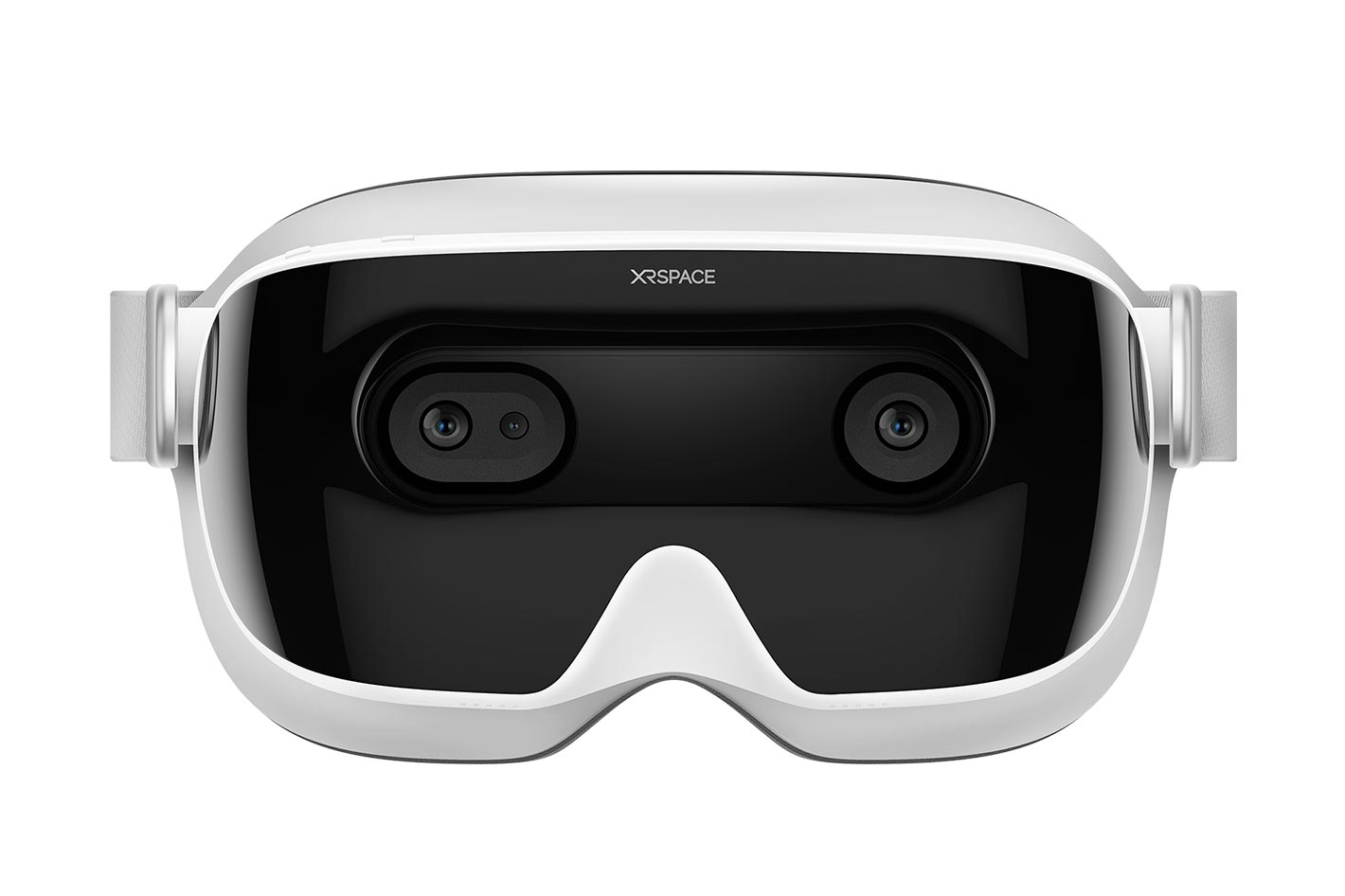 The trial in Germany follows, says the company, “a successful launch with Chungwa Telecom in Taiwan in July and an ongoing rollout program through search engine Baidu and China Telecom in China”. And will pave the way for the distribution of the headset in other markets, United States included. In fact, the European sales website now announced, where the 6 DoF XRSpace Manova headset consumer edition is available for €499, notes that the headset will be available “to purchase direct worldwide, retailing the WIFI 64 GB consumer edition at €499 and the WIFI 64 GB business edition at €599.”

In addition to the announcement of its first European telco partnership and offering a cross-platform experience for smartphone and PC based users in January 2021, XRSpace E will be collaborating with a series of new content partners, as it continues to build out its content ecosystem. These brands join an expanding portfolio of global partners working hand-in-hand with XRSpace to craft unique experiences that cover entertainment, education, gaming, ecommerce and more, including ScienceVR, MagicLOHAS, AirPano, Angry Birds, GoPro, Insta360 and Magic Horizons.

Sting Tao, President at XRSpace, said: “The power of 5G XR will bring people together at a time when interacting with others has never been more important, surpassing the limited experience of smartphones today, and taking VR to the next level. We are delighted to offer an exclusive user trial to customers of our partner Deutsche Telekom, which is playing a huge part in helping us to take XR to the masses and redefine how people connect, socialize and consume content.”

Wolfgang Groening, Vice President XR + Immersion Telekom Deutschland GmbH, said: “We believe that AR and VR will lead us into the next age of digital media usage and we look forward to our partnership with XRSpace. Mixed Reality will replace the smartphone with a multitude of devices and applications. Deutsche Telekom plays a leading role in this by helping to bring innovations to the mass market, developing attractive products for our customers, connecting people and offering everyone quick and easy access to the best possible experience. We continue to pursue this goal on the verge of the new XR era.”

Nikitas Glykas, EMEA Vice President at XRSpace, said: “We are thrilled that after three years of breakthrough development, XRSpace Manova will be available through our website in Germany and for the rest of EU countries before Christmas.”

Even if you don’t intend to spend your life inside the virtual world created by XRSpace, the option to go to virtual cinemas to watch movies alone or with friends – as well as other types of content – is something the VR headset can be used for and while price may be an obstacle, the specifications of this VR headset make it attractive. The XRSpace Manova is, says the company, “the first 5G mobile VR headset designed for the mass market, usable anywhere there is an available 5G, 4G or WIFI connection.” 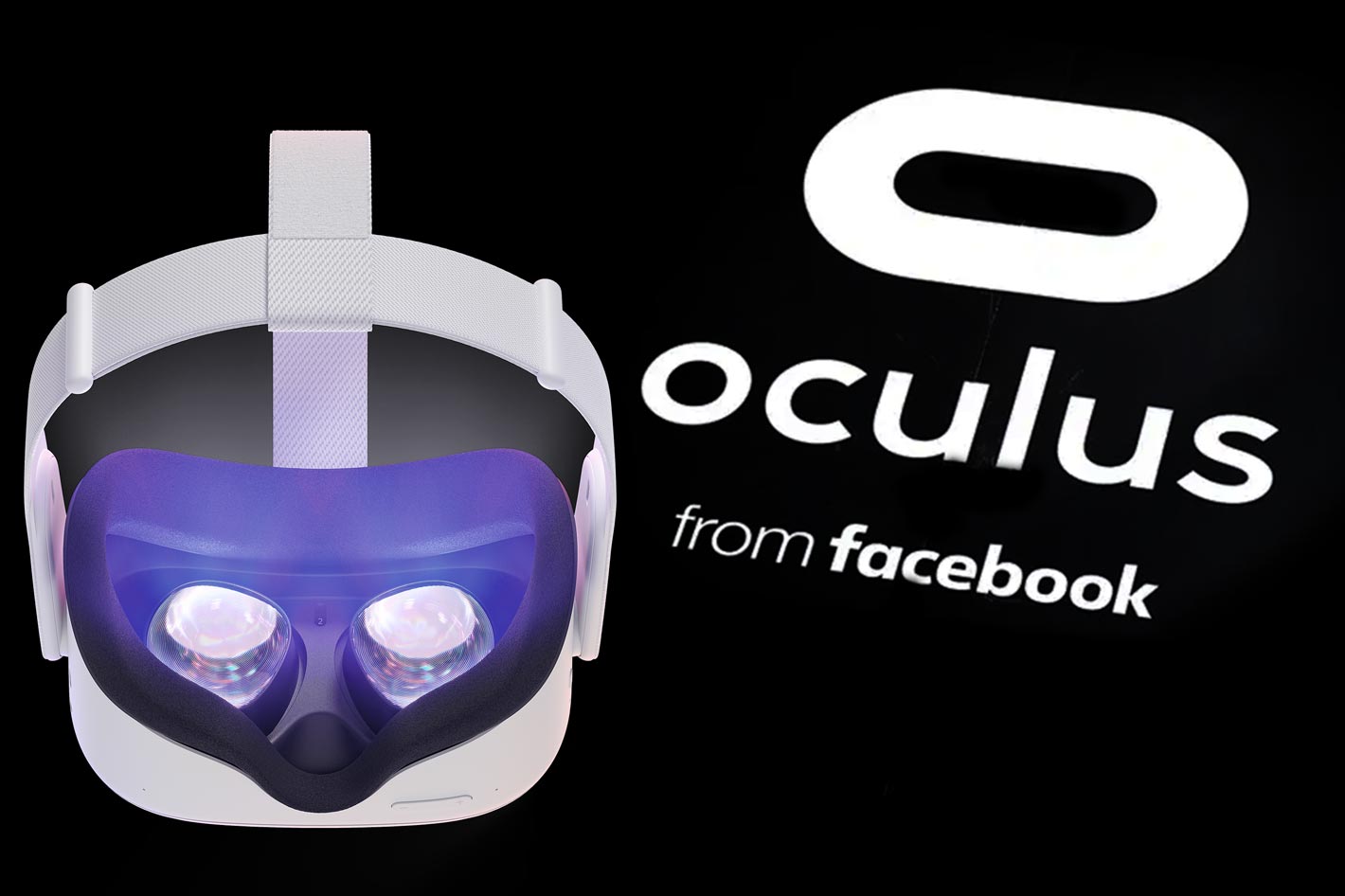 Boasting, according to XRSpace, “true life-like social interactions and experiences, users are able to meet each other as customizable, full-body, 3D look-a-like avatars, capable of conveying real time facial expressions and communicating with each other seamlessly in shared environments”, the headset “brings virtual human interaction and communication to a new level of emotional connection, far beyond texts, emojis, and 2D videos, creating the first-ever true immersive social VR experience.”

Aware of the regulations available in Europe regarding protection of privacy of its citizens, the company behind the VR headset notes that “as users are invited to share more of their life within the XRSpace Manova world, XRSpace is naturally diligent in keeping their security and confidentiality as its top priority.”

The trial of the XRSpace Manova in Germany comes while the German Federal Cartel Office (Bundeskartellamt) opens a legal action against Facebook account requirement for Oculus headsets, which is an interesting timing. Facebook stopped selling its Oculus Rift S and Quest in Germany last September, after the announcement that users of the Oculus VR headsets needed to have a Facebook account. German authorities were quick to react and it is believed that the action now taken by the German Federal Cartel Office will expand throughout the European Union.

Facebook is also facing problems in the United States, where the Federal Trade Commission wants to break the company in pieces, ““alleging that the company is illegally maintaining its personal social networking monopoly through a years-long course of anticompetitive conduct.” While the antitrust case there does not mention Oculus, it may well expand to that as soon as US authorities discover that Facebook started forcing new buyers of its Oculus Quest 2 to have a Facebook account… 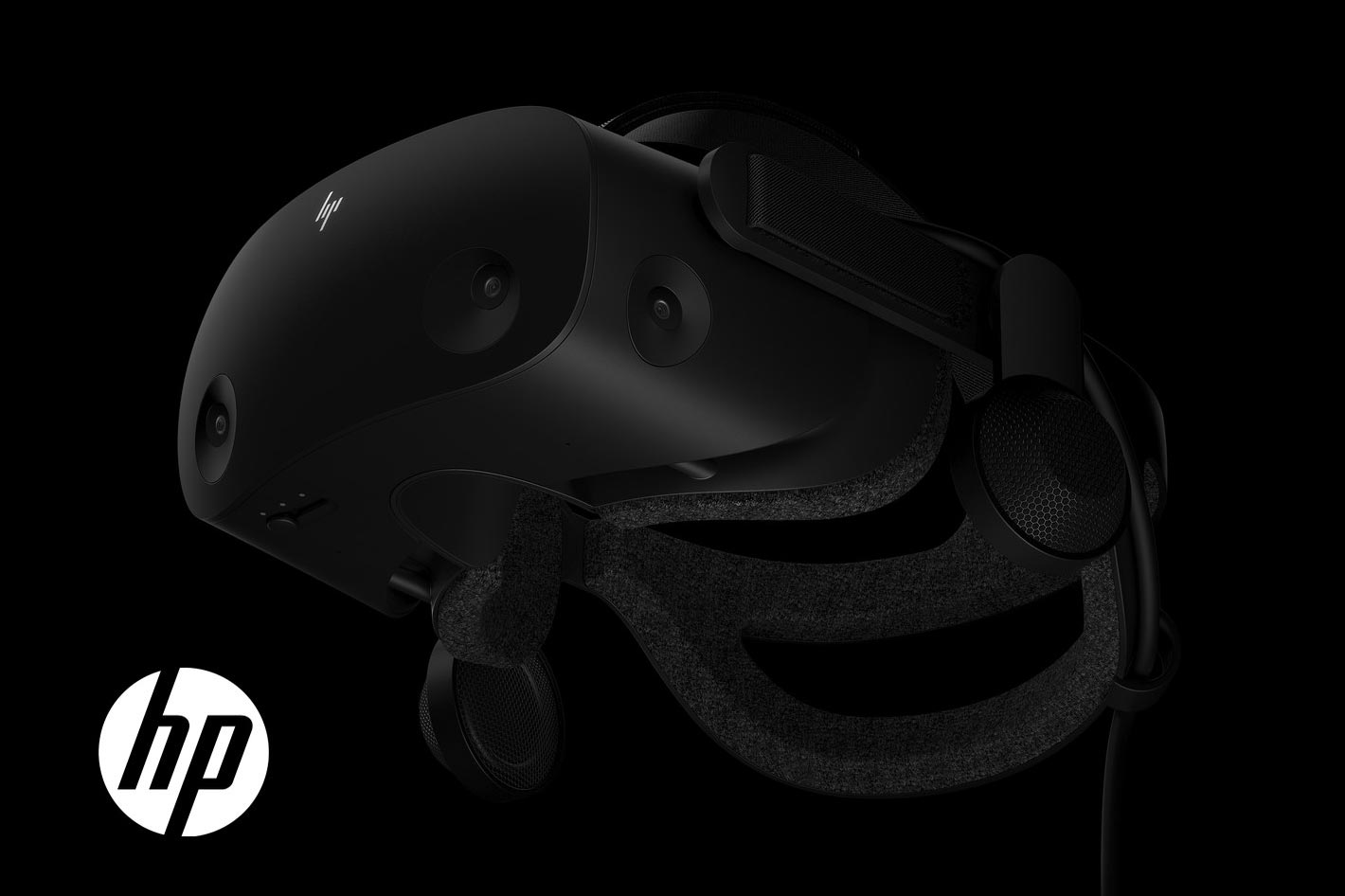 Anyways, the Oculus Quest 2 is nowhere to be seen and if you want to buy the standalone headset you’ll probably have to wait until January 2021 – and that’s if you’re willing to share all your data with Facebook, unless governments around the world force Facebook to stop making the use of a FB account mandatory for all Oculus users.

Another VR headset that was expected for Christmas, the HP Reverb G2, has unfortunately mostly gone AWOL. Thanks to a chaotic distribution by Hewlett-Packard, pre-orders from June to August have not yet been delivered, and no one at HP seems to be able to explain how orders has recent has early December have been delivered and not those that helped HP to define the level of interest users had on the VR headset.

Having ordered two HP Reverb G2 headsets on August 5, which I wanted to use to review content for this period of the year, I am still waiting for HP (or Amazon, where I ordered them) to send me the VR units, and my efforts to get an answer from both press contacts and marketing people at Hewlett-Packard have resulted in absolute silence. It’s as if the venerable company, which one hopes has experience delivering everything from printers to computers and workstations has somehow lost all its’ knowledge when it entered virtual reality.

The HP Reverb G2 distribution episode is a sad story that will make many people shy from even thinking of buying an eventual HP Reverb G3 VR headset, let alone buy anything that has the HP logo. Add to that the fact that the HP Reverb G2 seems to have a lot of problems, and one of the big hopes for the future of VR – especially as Oculus seems to be locked to a Facebook account – is, unfortunately not looking very promising.