An example of diversity, the final selection of Virtual Reality works to be presented at the 77th Venice International Film Festival is now complete, with 44 projects from 24 countries. 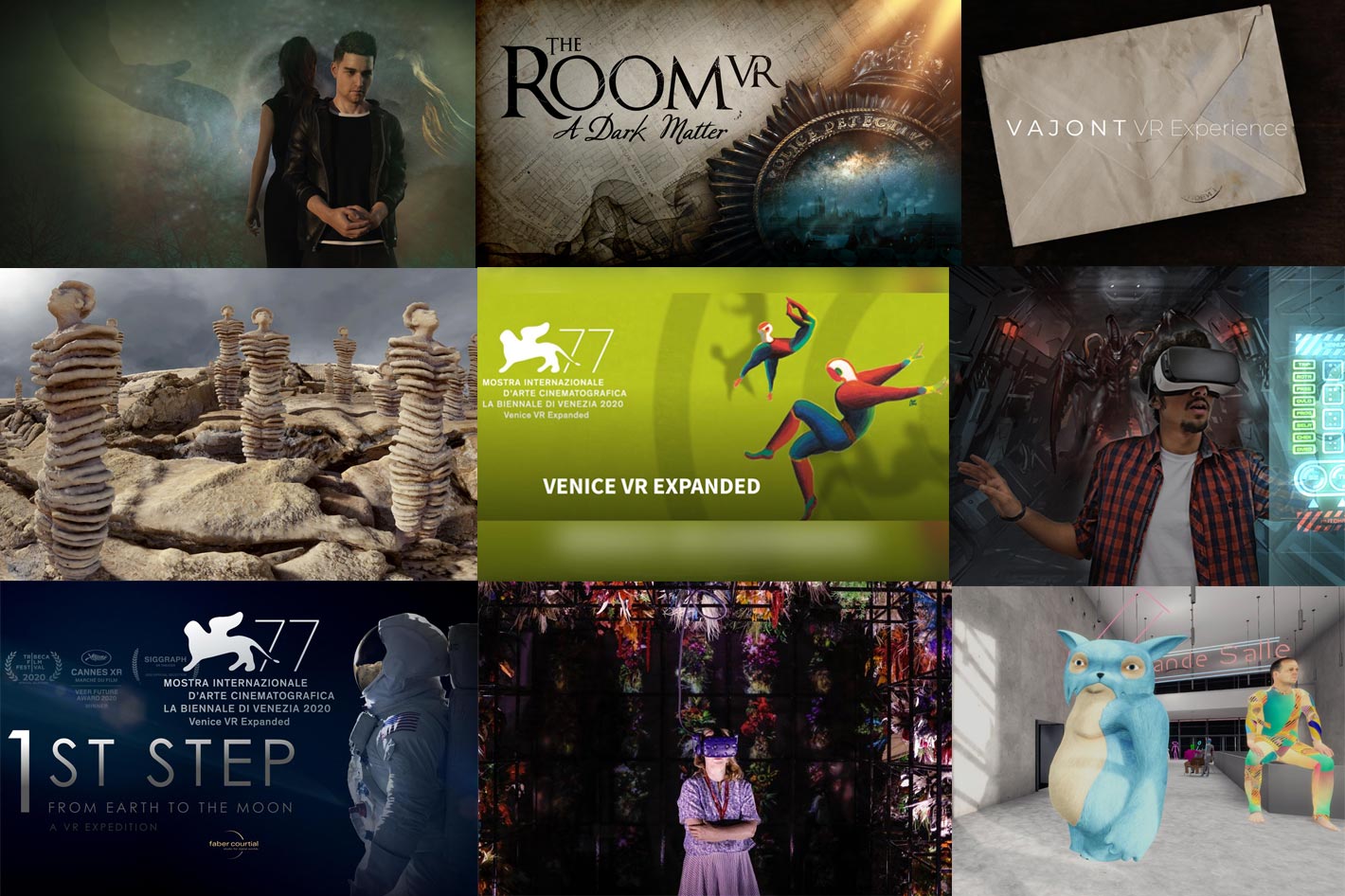 1st Step, an award-winning VR documentary by German VR studio Faber Courtial is one of the nine officially selected 360 cinematic experiences that will screen during the Venice VR Expanded.

The 77th Venice International Film Festival runs between 2 and 12 September 2020, and within the event, Virtual Reality is represented in the section this year rebranded as Venice VR Expanded to reflect the shift to a 100% virtual exhibition. In fact, due to the pandemic, the Virtual Reality works in this edition of the Venice Film Festival will no longer be shown in Venice Lido on the island of Lazzaretto Vecchio, but will be available to enjoy entirely online, thanks to a dedicated platform designed by VRrOOm, supported by HTC Viveport, Facebook’s Oculus, and VRChat.

Venice VR Expanded will present 31 immersive projects in competition, with nine projects Out of Competition – Best of VR (International selection of the finest VR works) and four projects developed during the fourth edition of the Biennale College Cinema – VR, or previous editions, one of which, the Italian project Vajont, was supported by a Biennale grant. All 44 projects come from 24 countries.

One of the projects selected is 1st Step, an award-winning VR documentary by German VR studio Faber Courtial, telling the magical story of the Apollo missions. The 360 cinematic experience is one of the nine officially selected to be screened under the Out of Competition – Best of VR (International selection of the finest VR works). 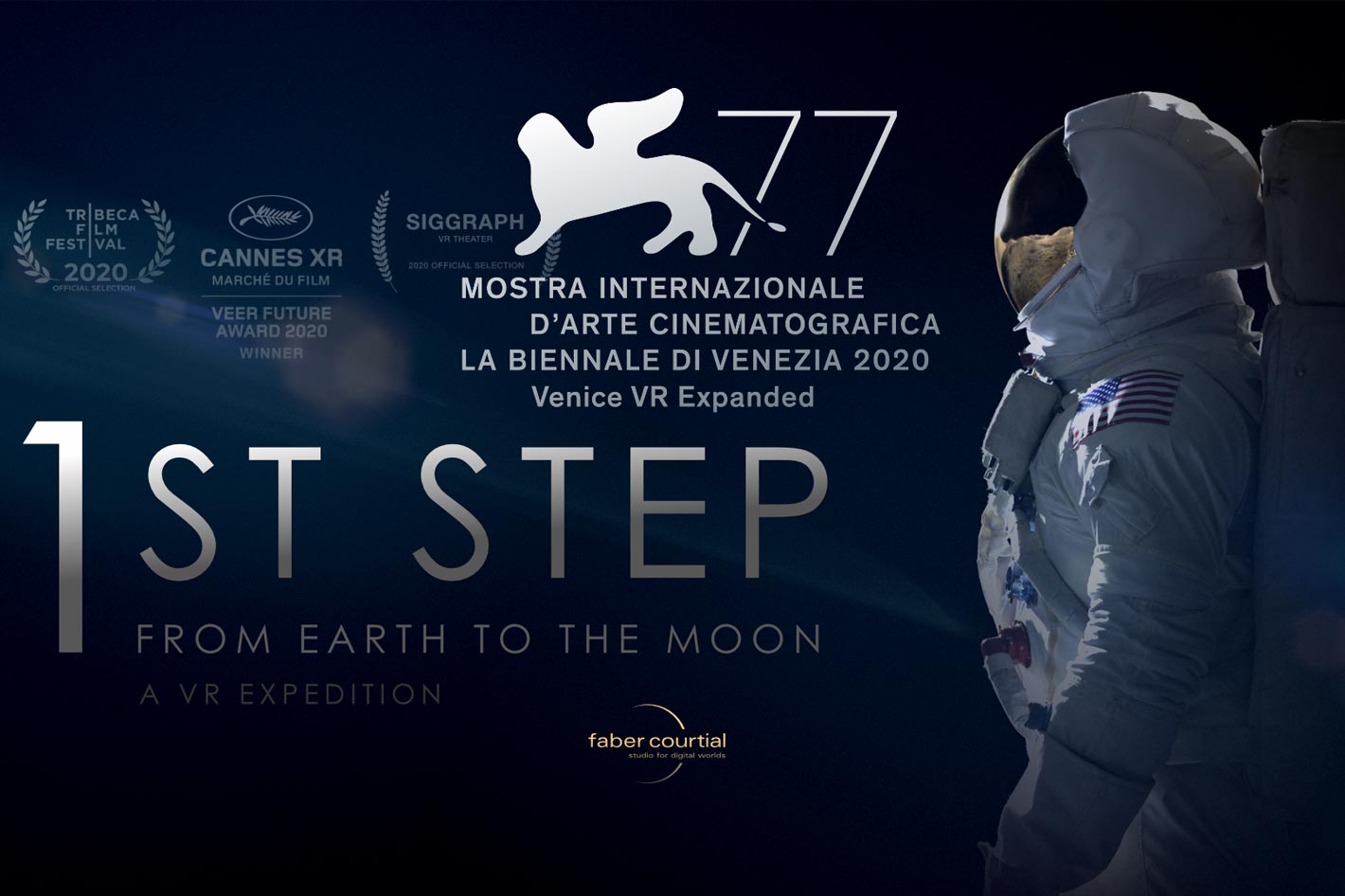 The film celebrated its international premiere at the renowned Tribeca Film Festival earlier this year and was announced winner of the VeeR Future Award at Cannes XR 2020. It has been produced by the German VR studio Faber Courtial whose founders Maria and Joerg Courtial are passionately committed to create unique VR experiences.

For the first time, viewers are able to experience the Apollo adventure in a completely new way in VR as they get the chance to perceive the extreme dimensions of the missions in an unprecedented spatial quality through the eyes of the astronauts, e.g. the unbelievable narrowness of the command capsule, but also the surprising topography of the lunar landscape. Told from a narrator’s perspective who can hardly believe herself the miraculous nature of this incredible venture, 1st Step presents an exceptional richness of detail with photorealistic settings accurately reconstructed in 3D on basis of original NASA data & with expert advice of ESA.

Other projects to be screened during the Venice VR Expanded include Great Hoax : The Moon Landing, Down the Rabbit Hole, The Room VR: A Dark Matter, The Book of Distance, Once Upon a Sea, The MetaMovie Presents: Alien Rescue, Ajax All Powerful or Minimum Mass, a variety of titles, some of which, mix the worlds of gaming, animation and narrative in revolutionary experiences that take you from Alice in Wonderland to rescuing aliens in space, or allow for a unique look into History, in the Italian project Vajont, which explores one of the greatest tragedies in Italian history since World War II. 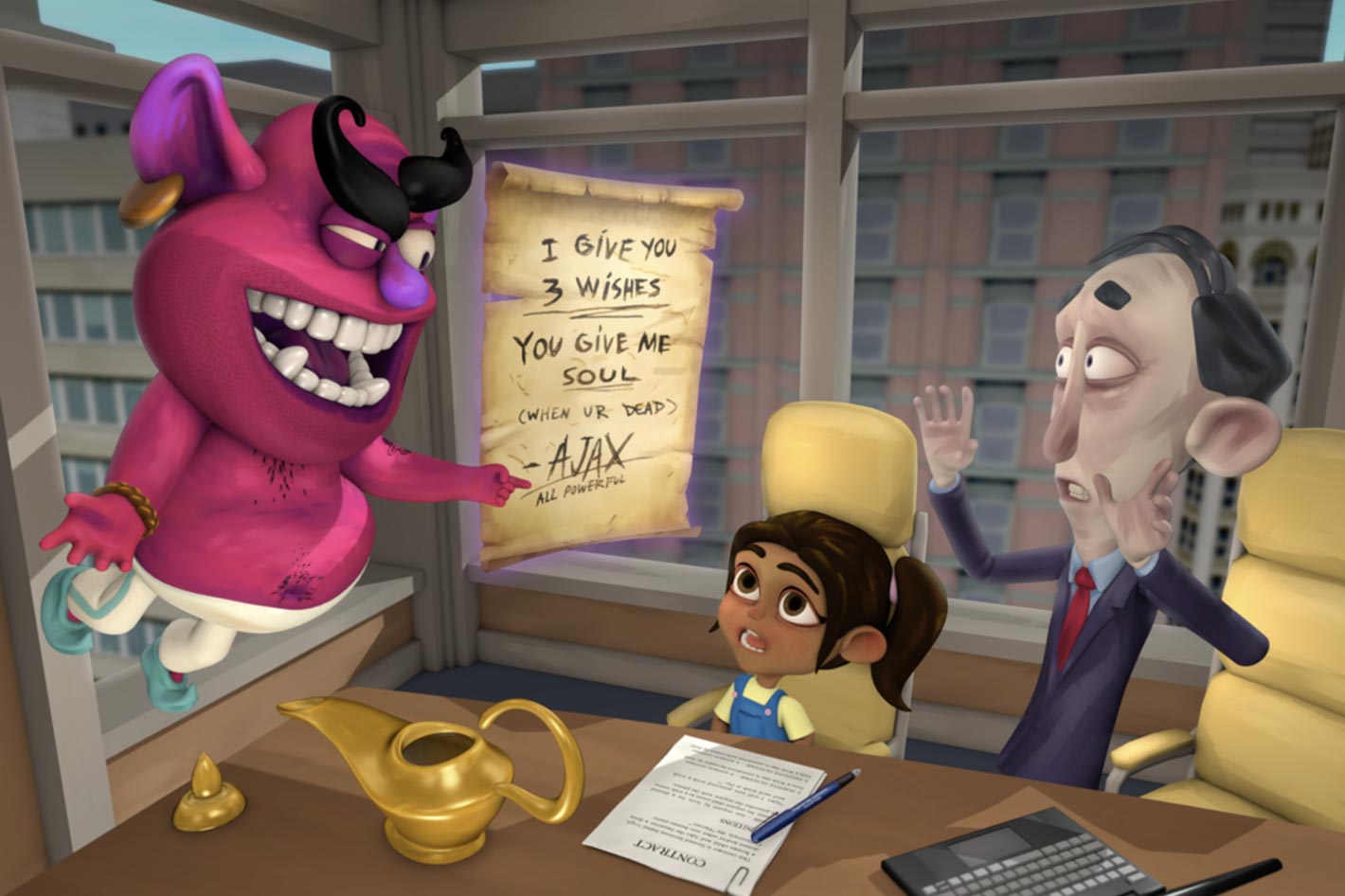 From 2nd to 12th September 2020, VIFF accredited viewers over 14 years old will be able to experience the official selection and activities of Venice VR Expanded. The projects will be viewable online using computers and VR headsets. The headsets that may be used for the content available on the Viveport platform include the Vive, Vive Cosmos, Vive Pro, Oculus Rift, Oculus Rift S , Windows Mixed Reality and Valve Index.

According to the information provided by the organizers of the festival, the content available on the Oculus platform may be viewed using the Oculus Quest headset, which is, apparently, another sign that Facebook has given up on the Oculus Rift S headset – its most powerful PCVR headset – a trend we’ve seen with recent Virtual Reality events. The headset, designed by Lenovo for Oculus, is now treated as a dead product by Facebook, except for the meaningless Quest updates that are also added to the Rift S… one has to wonder why.

Many unhappy users continue to complain at the forums and elsewhere about the problems with the Oculus Rift S, but Facebook just continues as if nothing is wrong… and the fact that the headset is, apparently, not usable on the Oculus platform for the Venice VR Expanded – but is on the Viveport platform! – confirms that Rift S users may well look elsewhere. It’s good the HP Reverb G2 is coming soon… 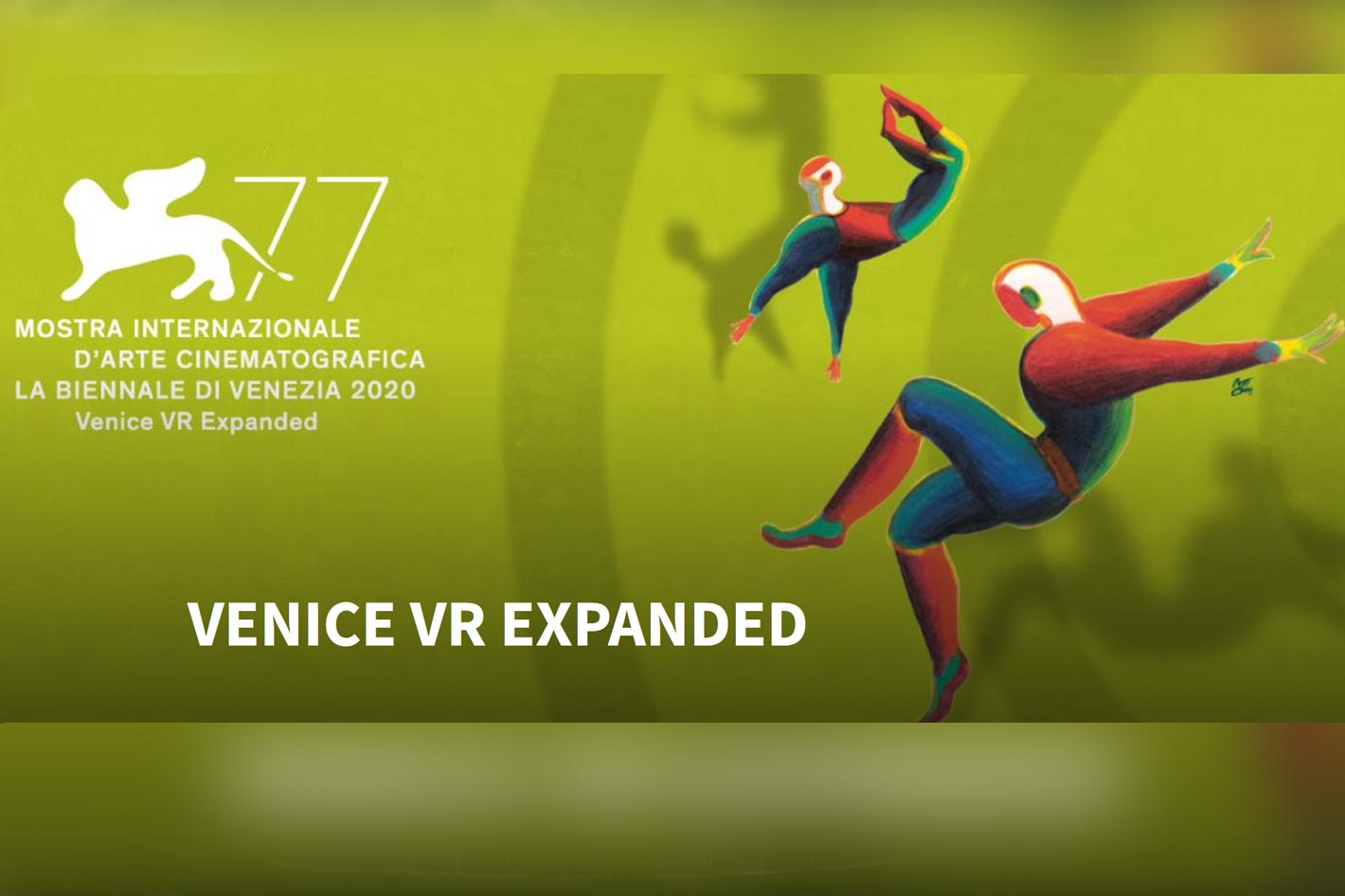 Venice VR Expanded around the world

Back to the 77th Venice International Film Festival and its Virtual Reality section, it’s important to note that the Venice International Film Festival was one of the first  film festivals in the world to demonstrate interest in Virtual Reality. The development of the VR Theater in 2016 sparked enormous interest among the participants of the Venice Production Bridge.

Starting in 2017, La Biennale di Venezia launched the first competition of Virtual Reality works in an A-list festival, which was held for three editions, through 2019, in the venue on the island of Lazzaretto Vecchio on the Lido, judged by an International Jury. This year, the exclusively online accessibility of the Venice VR Expanded section represents a new commitment and a new challenge to guarantee that the Venice International Film Festival may continue to offer the experience of the new and rapidly evolving art form that is Virtual Reality.

The Venice VR Expanded platform will also be accessible in different locations around the world, thanks to the availability of different institutions which have joined the Satellite venues network program. The list of Satellite locations will be announced shortly, according to the organizers. 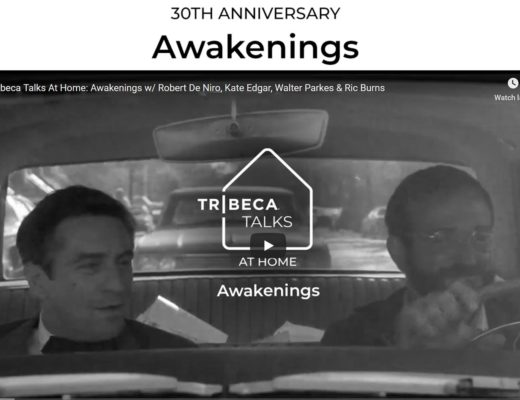 In honor of the 30th anniversary of 1990’s “Awakenings” and in celebration of late legendary neurologist Oliver Sacks, Tribeca...

HP has a second VR headset in the pipeline, for Spring 2021, the HP Reverb G2 Omnicept, with eye...

At a time when travel is almost non-existant, Recoding Entropia is an incentive to travel. Get your VR headset...