Announced as the new standard in Virtual Reality, the next gen HP VR headset attracted the atention of users looking for a new, more advanced headset. Is the Reverb G2 able to satisfy that dream? 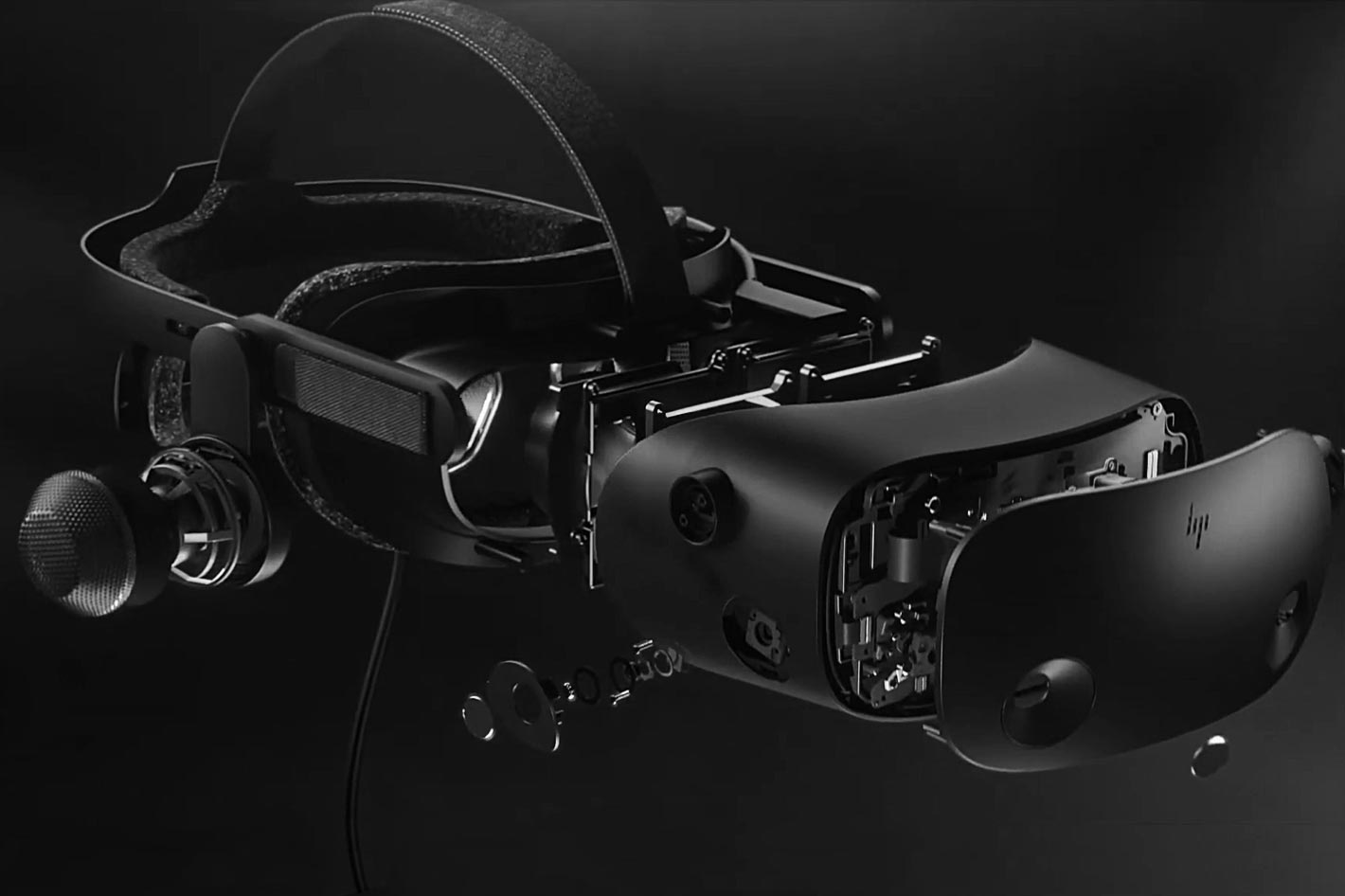 Out of the blue, on March 23rd, HP announced the development of its new Virtual Reality headset, Reverb G2, in collaboration with Valve and Microsoft. The mystery unfolded today, at AWE 2020.

Announced today, the Reverb G2 Virtual Reality headset is presented as the solution to remove distance barriers, a clear allusion to the times we are living through. It’s interesting to see how HP, Valve and Microsoft refer to the social distancing aspect of life under the pandemic to present a next-gen VR headset that is designed for everything from design and training to gaming. From virtual meetings where VR is used to solutions at BigScreen to watch movies, VR is becoming more than a device for nerds.

It all started last March, when HP announced a new Reverb VR headset would join its original Reverb G1, from 2019. Announced as a no-compromise VR headset developed in collaboration with Valve and Microsoft, the new headset is presented as able to deliver ”a more immersive, comfortable and compatible experience than the previous generation. It’s the new standard in VR.”

With the “coming soon” tag added to it, the Reverb G2 has been the center of many discussions online, about what it will be – or not be  – and what it represents to have HP, Valve and Microsoft signing under the development of this new next-gen VR headset. It is somehow based in Valve’s Index? Is it WMR (Windows Mixed Reality), which may explain Microsoft’s involvement? Does it mean WMR headsets are not dead? 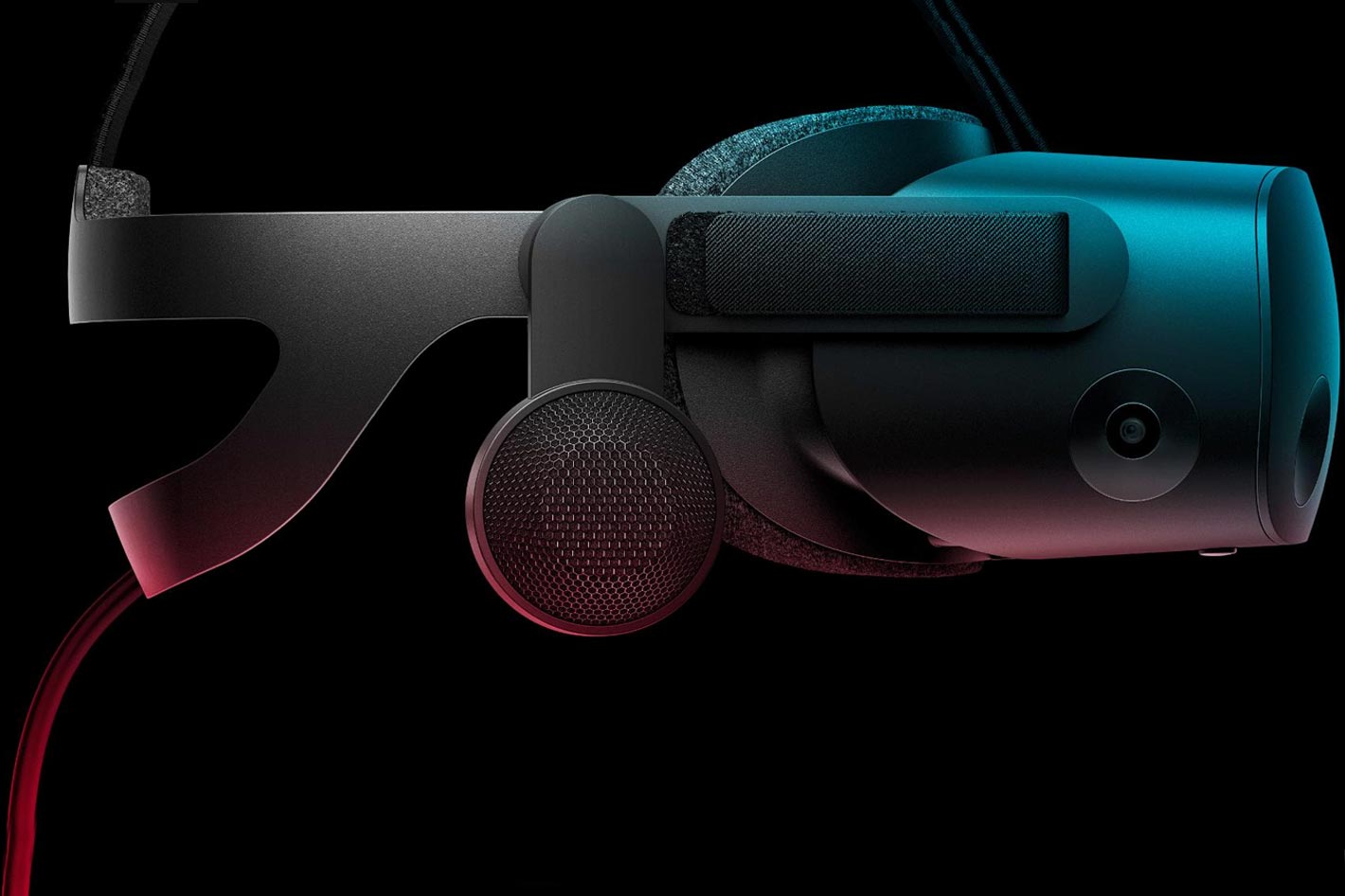 There are many other questions that users have asked, from the possible use of Virtual Reality in the next console from Microsoft – which would be a surprise – to the eventual interest from Microsoft in this headset and VR, as part of the future launch of its Flight Simulator, now being developed by Asobo Studios, and which will have, at a certain point, a VR option that makes absolute sense.

Now, the images shared by HP in recent days and in the last 24 hours all suggested that the presentation of the new VR headset had a stage: the Augmented World Expo (AWE), the leading AR/VR event series in the world, which is running until May 29. Today, a presentation which includes Joanna Popper and John Ludwig, the VR specialists at HP together with Mark Bolas of Microsoft, another VR/AR specialist, suggested the mystery was about to be revealed. HP brief description was ““Get to know HP’s vision of the future with exciting announcements and special guests from Microsoft,” but the images published on Twitter hours ago said the rest. 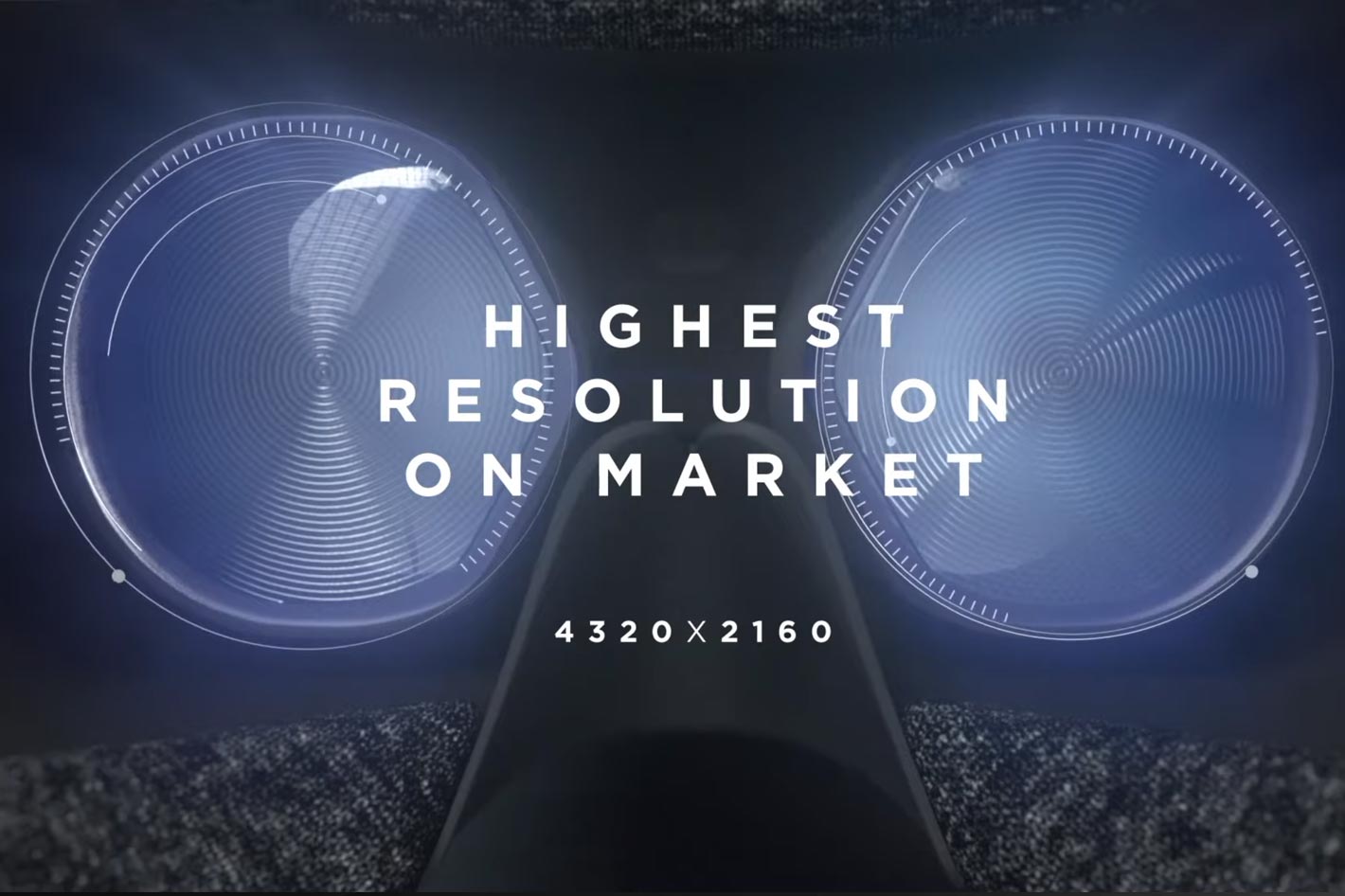 More an evolution than a next-gen VR headset

It’s a clear evolution of the HP Reverb G1, not so much a next-gen headset, but a good step forward for WMR headsets, which places the Reverb G2 in a very good position, if all the promises made by the three companies are really present in this new option that can be pre-ordered right now and will be available in the Fall. Time to look at some of the notes from HP – with my own comments added –  about this model, which is high in my list of things to buy. I want to see how it works for cinematic experiences and watching movies, as it clearly represents a step forward in relation to the other VR headsets available. One can only imagine how these high-resolution VR headsets can help cinematographers explore Virtual Production.

“The power of collaboration is on full display with the HP Reverb G2, and alongside Valve and Microsoft, we engineered a no-compromises VR headset that’s immersive, comfortable, and compatible across Windows Mixed Reality and SteamVR,” said Spike Huang, Vice President and Global Lead of VR, HP Inc. “The time is now for VR and the HP Reverb G2 brings high-quality VR to the masses with more immersion for gamers, interactive experiences for creators, increased engagement for collaboration, and higher retention rates for education and training.” 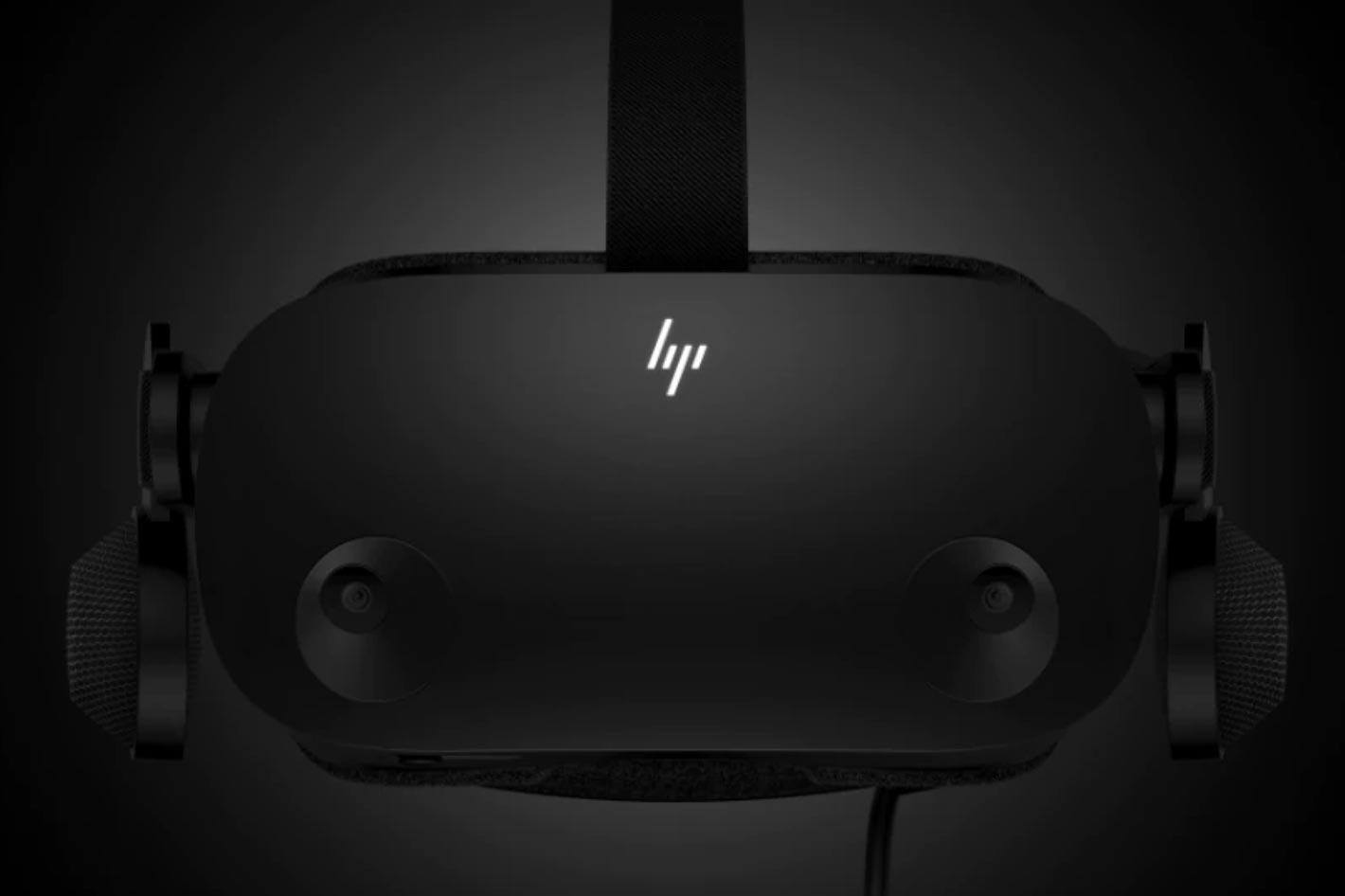 HP is aware that the market is moving and expanding, so the company felt the need to develop a new, better VR experience. The VR landscape is changing, and how people interact with technology, and each other, is evolving. This past April, SteamVR saw nearly one million additional monthly-connected headsets, tripling the previous largest monthly gain, and by 2021, 25-30% of the workforce will be working-from-home multiple days a week and searching for new ways to collaborate. Technology must evolve to meet the changing needs of the customer with flexibility across a variety of industries and platforms.

HP worked closely with Valve and Microsoft to bring customers cutting-edge viewing, audio, and gesture technology, along with seamless integration across Windows Mixed Reality and SteamVR platforms. Keeping all of the best elements from the HP Reverb G1, including the industry’s highest-resolution LCDs in a lightweight design, and by incorporating new aspects throughout – 114-degree field of view for a more immersive experience, better audio with new speakers that enable spatial audio, 4-camera tracking enables 2X the controller tracking volume, and increased comfort for extended VR sessions – this no-compromise VR headset is built for gaming, creation, collaboration, and learning. 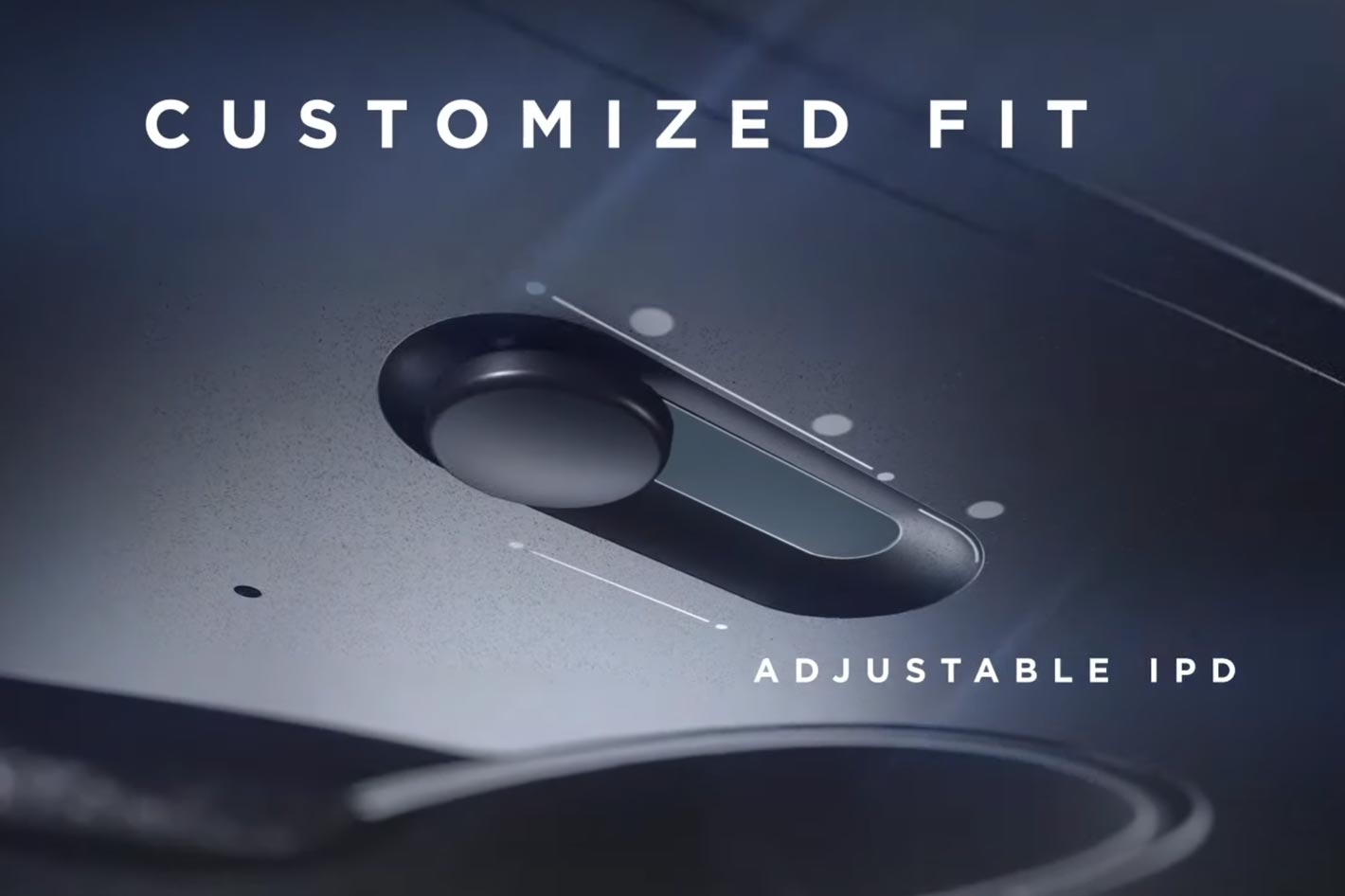 “The HP Reverb G2 is an exciting device that takes advantage of the inside-out tracking technology in Windows Mixed Reality for full six degrees-of-freedom movement and spatial audio,” said Mark Bolas, Partner Director of Incubation at Microsoft. “With four cameras, the controller tracking feels even more like an extension of your hands, making the sense of immersion that much stronger.”

“We’re happy to see the expansion of the VR ecosystem in a way that is great for high-fidelity gaming,” said Jeremy Selan, VR Engineer at Valve. “Providing customers with another quality option that includes some of Valve’s technology is good news for the VR community and we are happy to support that.”

Here are the key features of the new HP Reverb G2 VR headset: