Cannes XR Virtual announced this month the winners of the Positron Visionary Award and of the VeeR Future Award 2020: The Great C and First Step, films using Virtual Reality. 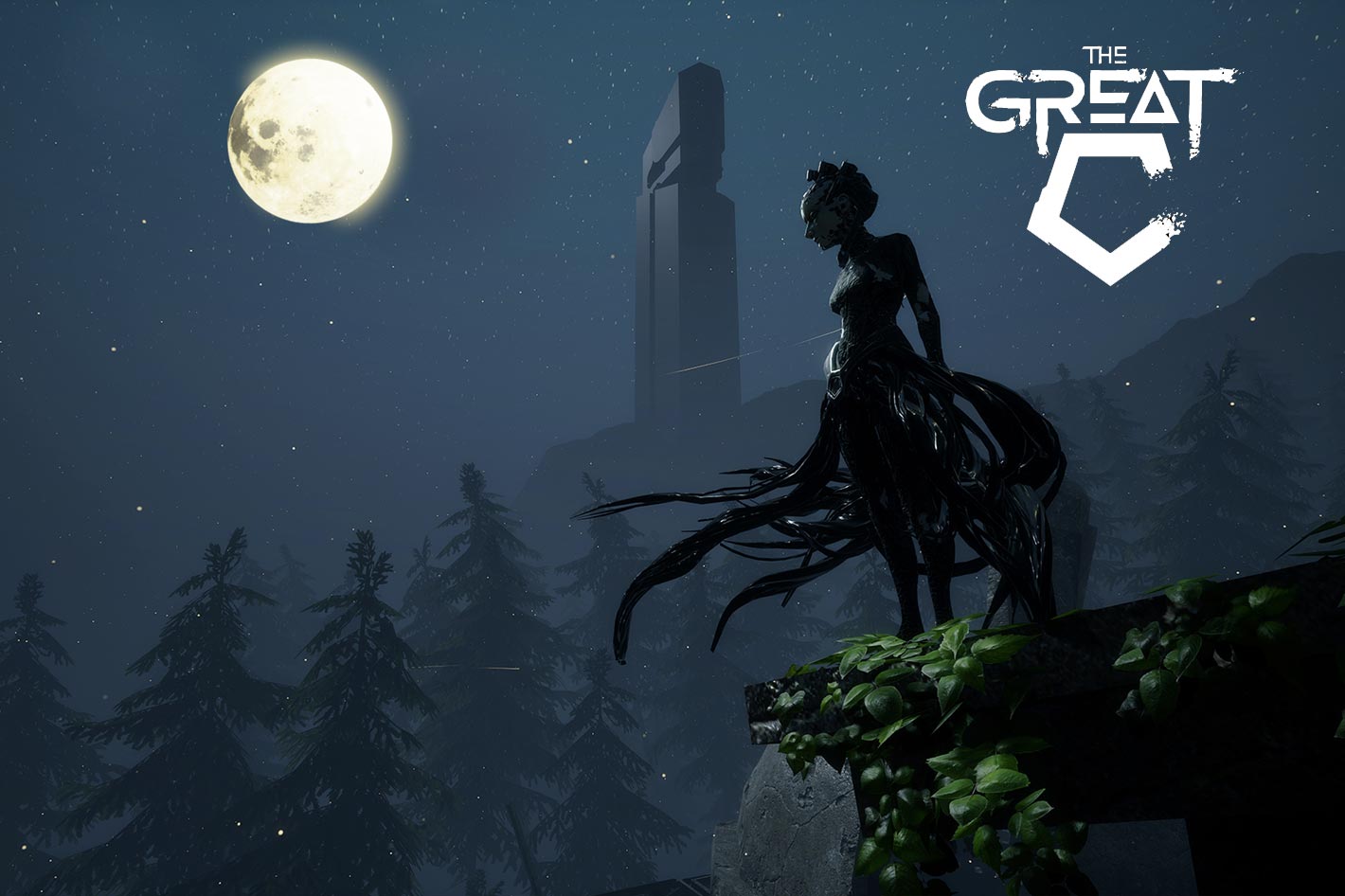 A science-fiction story and a documentary that is also a fairy tale are the VR award winners of the Cannes XR Virtual, showing the diverse paths VR can take to transport viewers into new worlds.

Since Virtual Reality became part of the film festivals around the world, we’ve seen some of the magic it can bring to storytelling. While many of the initial and even present products published for VR are less than optimal to use as good examples of what VR can offer, some titles represent excellent value, and we’ve covered here at ProVideo Coalition some of the productions that represent a good investment of time and should be added to any library of VR titles, if you want to explore the narrative options it offers. 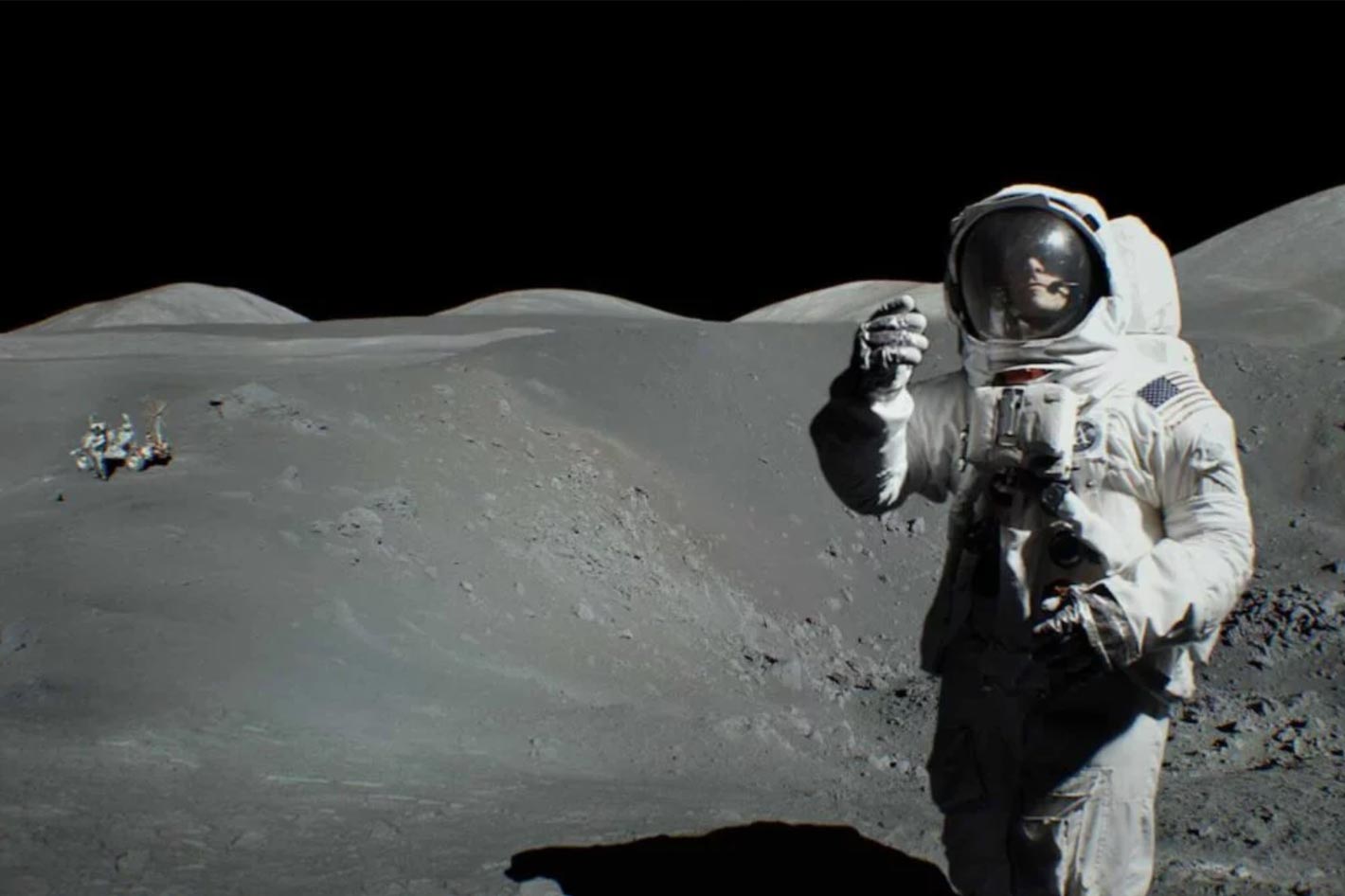 was a recent event where VR played an important part, and two titles emerge from the virtual meeting: The Great C, from Secret Location and Electric Shepherd Productions, winner of the Positron Visionary Award, and 1st STEP, from Faber Courtial, winner of the VeeR Future Award 2020. The first is a VR immersive narrative based on a short story by American sci-fi author Philip K. Dick, while the second is a 360 stereo video telling the story of the Apollo missions.

First Step, which you’ll also find under the name 1st STEP, is a production from German studio Faber Courtial, who has been producing VR content since 2014 and has developed a Renderer for the 360° – Stereo 3D space in cooperation with the University of Glasgow. Produced by Maria Courtial with Joerg Courtial as Director, “First Step” is at once both a VR documentary and a fairy tale, telling the magical story of a dream come true: the Apollo missions. 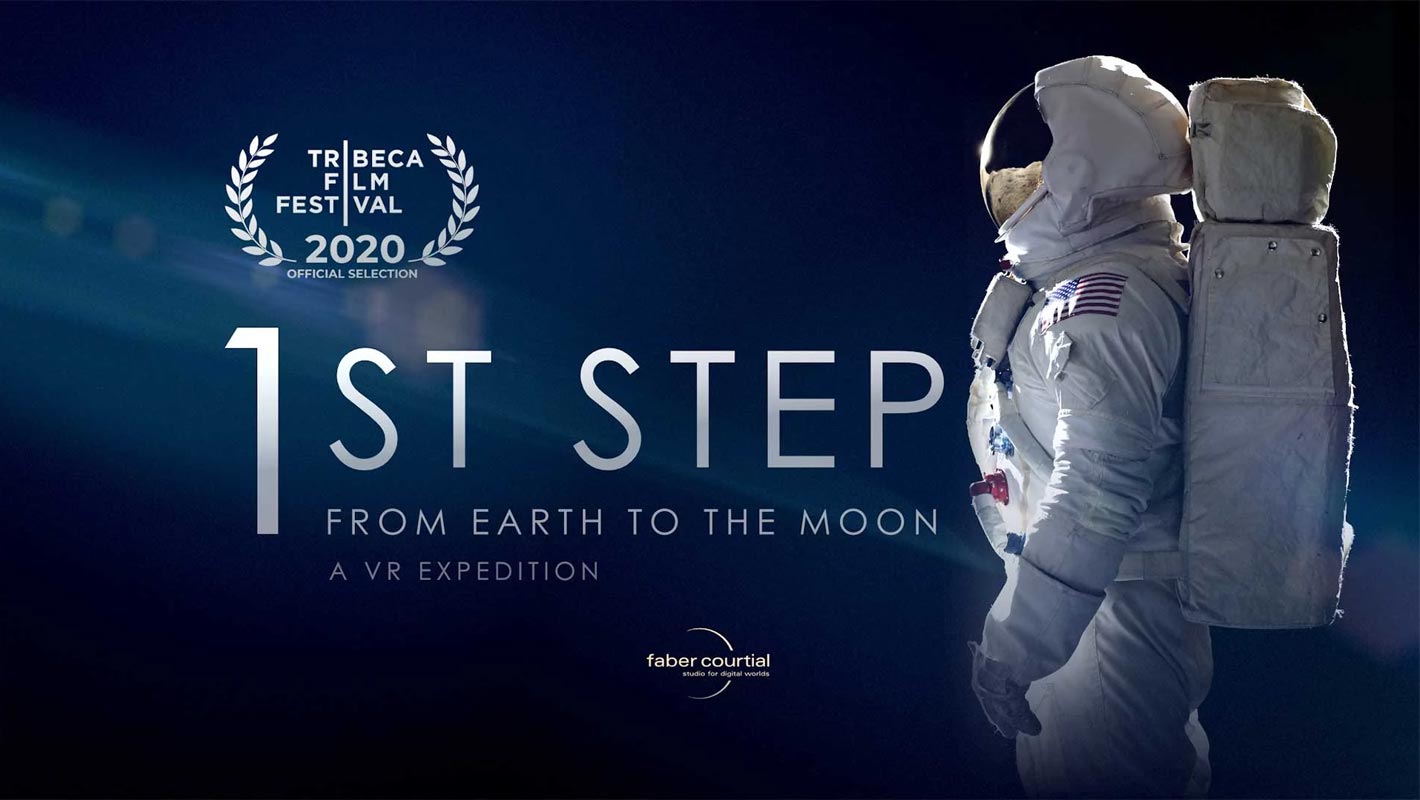 Go to the Moon with First Step

In First Step the user has the chance, according to Faber Courtial, to “experience the elevator ride as you rise up alongside the steaming rocket and then, have a look inside the cramped capsule of the command module. See the missions, from their impressive launch, all the way through to their return, from a new perspective.”

The company says that First Step is “a captivating film with photorealistic settings of exceptional richness of detail, reconstructed in 3D on basis of original NASA data & with expert advice of ESA. After the landing on the moon, viewers are situated inside of lunar panoramas which have been thoroughly re-created on basis of archive photos of the former Apollo 17 mission. Besides, the astronauts, dressed in suits true to the origin, were shot in front of green screens with a specially constructed stereo 3D camera. The film is available in 4k with the potential to be put out in 8k.”

Built with 3ds Max, Adobe Photoshop and Nuke, First Step is another approach to the Apollo missions, a theme that has also been explored by other companies offering Virtual Reality experiences. In fact, from the NASA  Mercury missions to virtual visits to the ISS – International Space Station, everyone, including BBC, as offered their perspective in immersive VR or 360 video. I had no chance to try First Step – just watched the promotional videos – but the reception must have been good, as Faber Courtial already has another title available: Second Step – from Moon to Mars and Beyond. 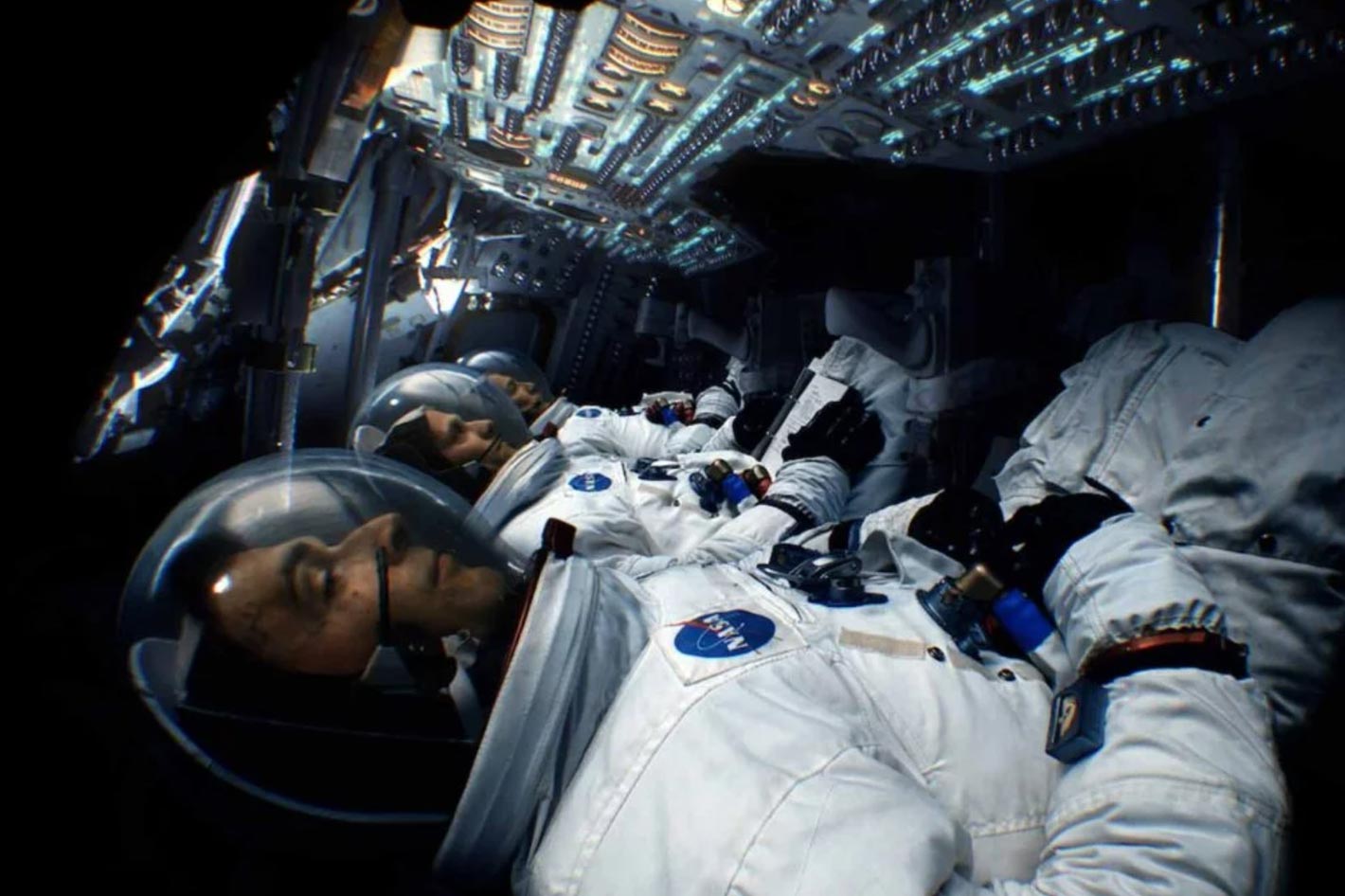 Second Step: from Moon to Mars

Second Step is, says Faber Courtial, “a soaring VR journey through space from Moon to Mars and beyond. In the film, the viewer gets a very intense feeling of being in the middle of alien, undiscovered worlds far away from earth – and to visit some of the most exciting settings of current and future space missions, such as the landing spot of Apollo 11 and the mysterious Red Planet: Mars.”  The film, 11 minutes long, “was produced with expert advice of the European Space Agency (ESA) which provided valuable original data for the reconstructions of the settings. Thus, it shows not only profound scientific basis, but also an unprecedented richness of detail.”

During the Cannes XR 2020, First Step was awarded the VeeR Future Award 2020, after the 9 jury members screened the 13 official selections in VR, an online deliberation was held where they discussed each selection from immersive, storytelling, and creative aspects to select the winner. The announcement was made during the Cannes XR Award Ceremony, held at the end of June at the the Museum of Other Realities, one of the organizers of the Cannes XR 2020, along with Kaleidoscope. 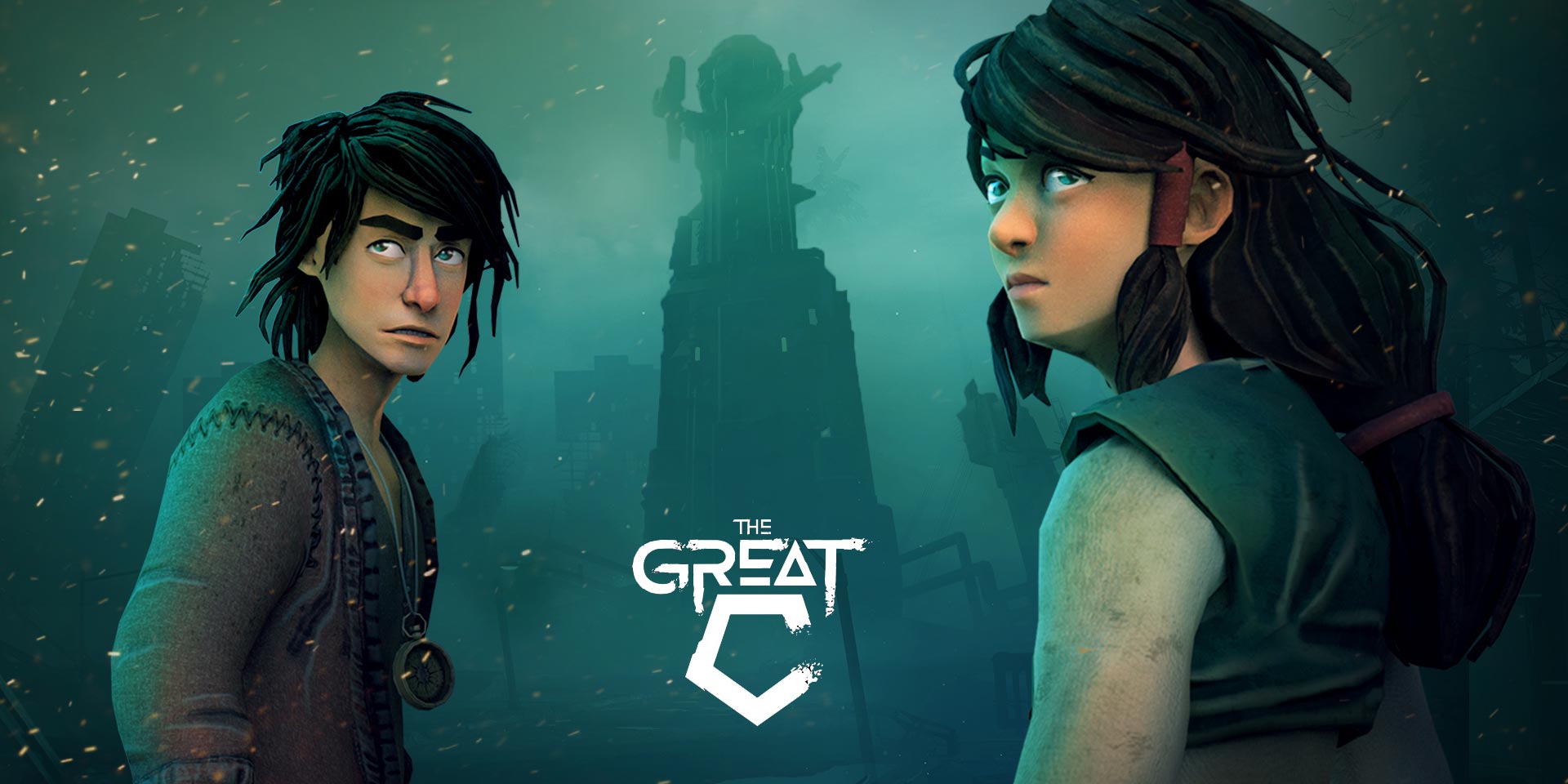 The Great C animated film was built with Unreal, Maya 3d, Blender, Wwise, Cinema 4D, Substance, Oculus Rift and Vive. The Great C action is set in the aftermath of an apocalyptic event. Years after a catastrophic incident, a powerful AI-driven supercomputer called the Great C rules over the remnants of humanity. Each year a nearby village is forced to send a young person on a pilgrimage to “report” to the Great C – a journey from which no one ever returns.

What’s exciting in The Great C, besides seeing the mystery unfold, is the approach to storytelling, which represents a step forward in cinematic narrative. Innovative use of editing, pacing, camera work and composition pushes the boundaries of what’s possible in VR. This is one of the few titles I acquired explicitly to discover how VR can change the way to tell stories, and is one of the key titles I will suggest anyone adds to a “must have” list of titles in a VR library. 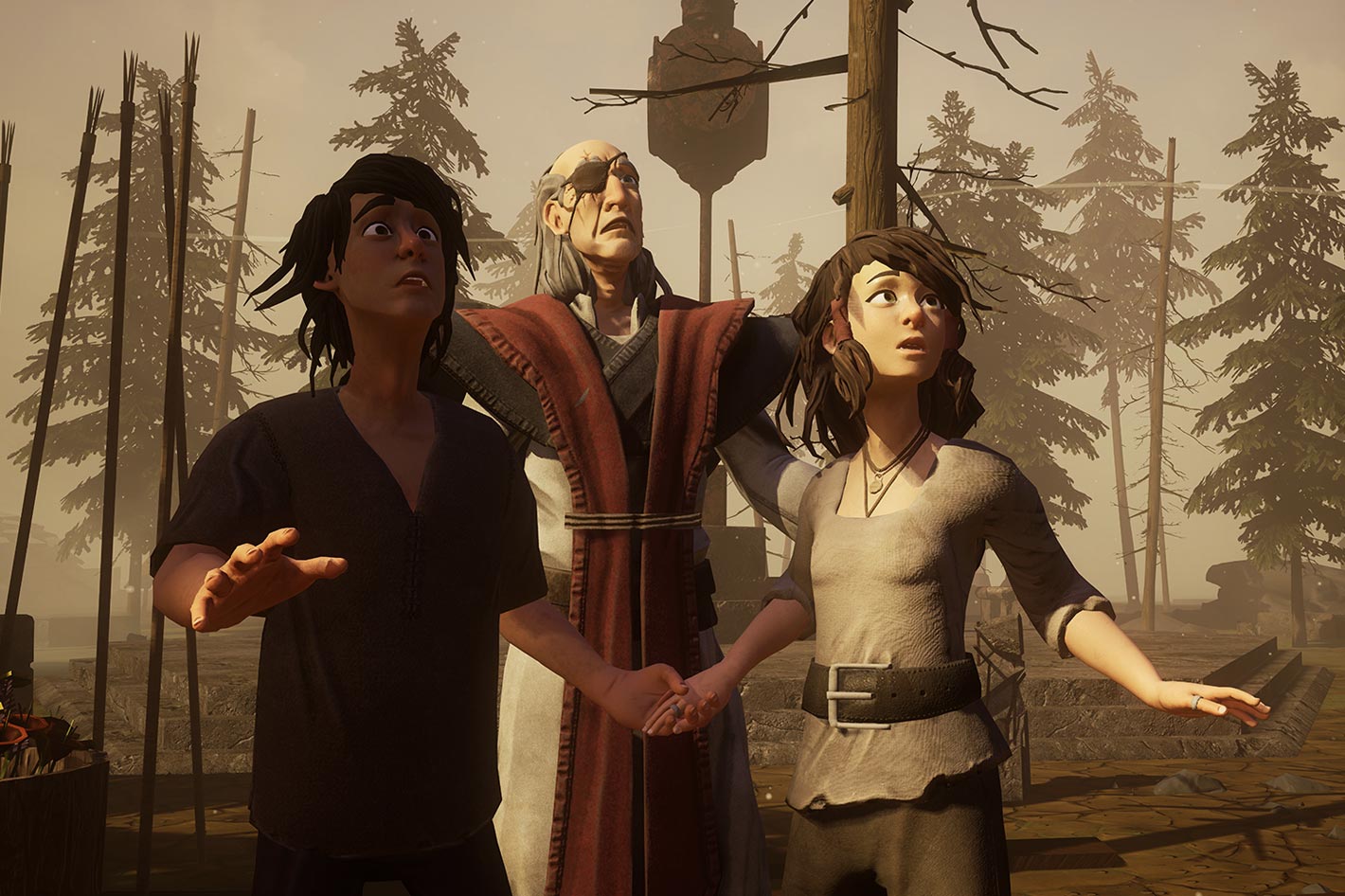 The Great C can be served as a more static cinematic experience, but let me suggest that the best way to experience the dynamic of the story is by selecting the use of dynamic scaling during scenes to seamlessly simulate the look and feel of camera movements, lens and shot transitions, similar to film… and even beyond that, due to the liberty of movements offered by virtual cameras. There is a lot of the language of gaming in the film, as we follow the heroes in a third person view that takes us from scene to scene in what sometimes feels like a mountain ride.

The experience offered by The Great C can not be had elsewhere. It’s as simple as that. It’s not about being better or worse, is just “different”. The Great C, along with titles as Age of Sail and the series from Wolves in the Walls are some of the best examples of how important VR can be to expand the storytelling tools available to creators.  These titles deserve a place in any VR library built in 2020, because they really allow the public to become immersed in the fantastic worlds created. 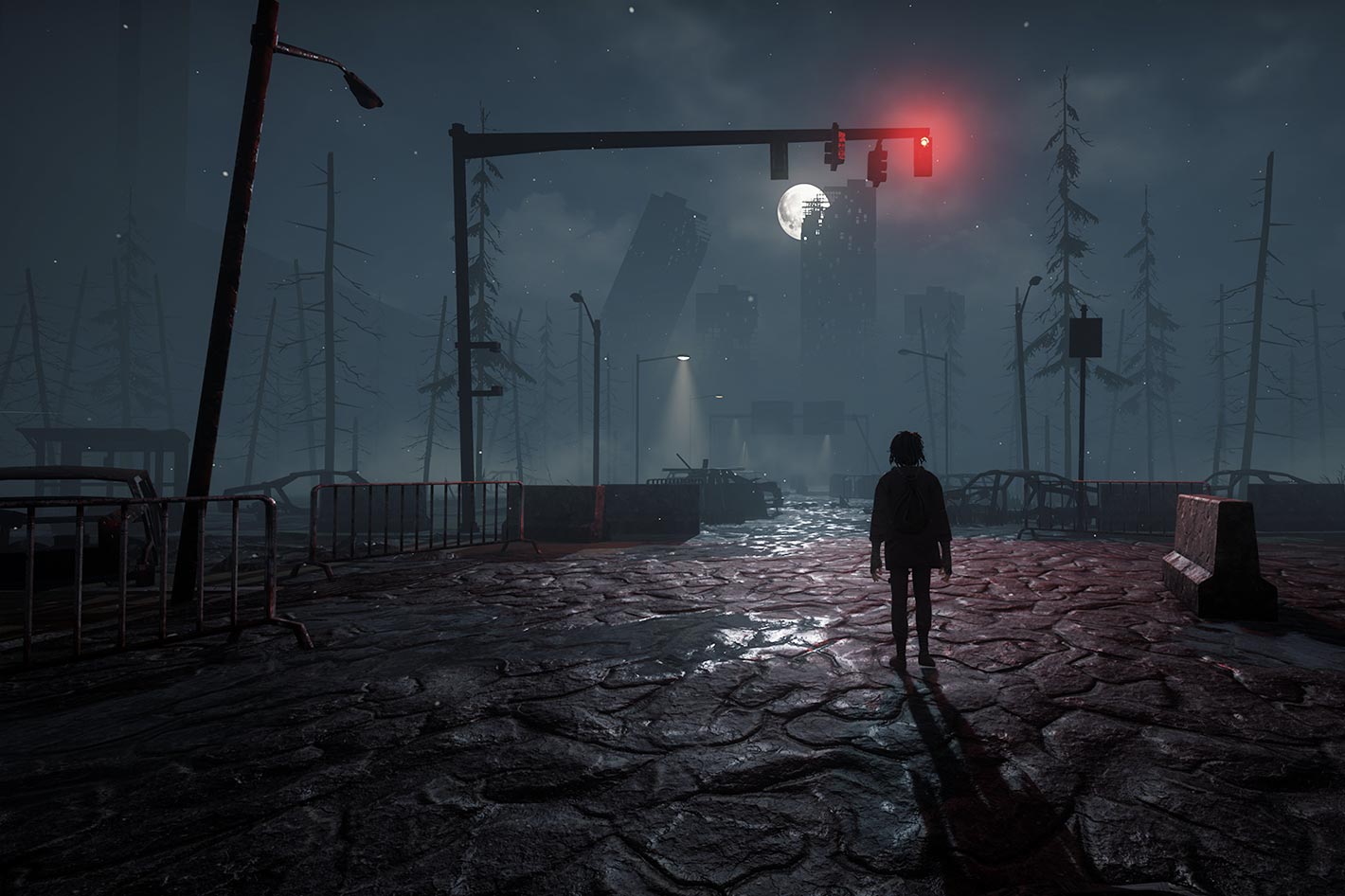 Following the same logic, titles as First Step and Second Step, which are part documentary part fairy tale, offer another type of approach to reality, through an immersive experience that, again, shows the potential Virtual Reality has to take us inside the stories. That’s the reason why we’re seeing the production of this type of titles expand, along with a growing use of VR headsets for Virtual Production.

Watching The Great C will make it clear why the title is the winner of the Positron Visionary Award, which had a total of 6 finalists selected from nearly 200 immersive entries. The inaugural Positron Visionary Award for Best Cinematic VR recognizes fresh new creatives telling stories in the medium of cinematic VR. The award was announced by Viola Davis, President of the Jury, and Jeffrey Travis, CEO of Positron during the Cannes XR Award Ceremony held by the end of June at the Museum of Other Realities. The filmmakers will receive a Positron Voyager VR chair and a worldwide distribution deal.