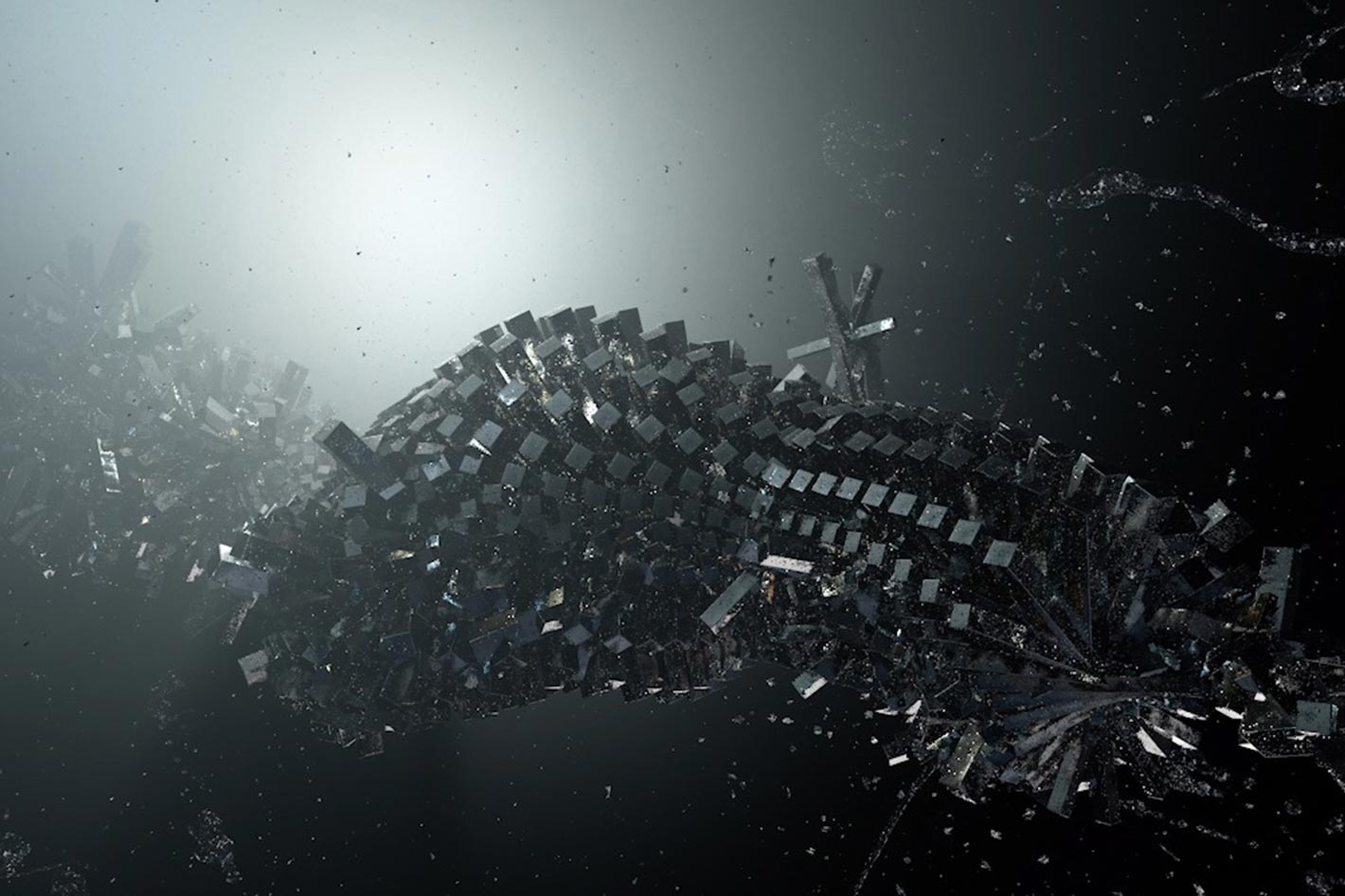 At a time when travel is almost non-existant, Recoding Entropia is an incentive to travel. Get your VR headset and follow director François Vautier in a fantastic journey in space and time.

Recoding Entropia is the third opus-part of François Vautier’s anthology about evolution, after I Saw The Future (selected at Venice in 2017) and Odyssey 1.4.9. The film is part of the six VR works representing France (among 31 VR works in total) in the Venice VR Expanded category. Due to the sanitary situation, the Festival has been moved online, as ProVideo Coalition mentioned before, and the competing works are watchable on a dedicated platform. Three prizes will be assigned for this category, by a jury formed of international professionals and chaired by the French director Céline Tricart (winner of the 2019 big prize fort her VR work The Key).

Following I Saw the Future, in which he meant to decrypt writer Arthur C. Clarke’s predictions inside an artificial field, and Odyssey 1.4.9, a tribute to Stanley Kubrick’s masterpiece 2001, A Space Odyssey, Recoding Entropia is the latest opus part of François Vautier’s VR anthology about evolution. Extending his experimenting cycle, the French director – passionate about science-fiction – now intends to offer a full and unusual immersion inside an environment expected to be infinite and vertiginous. 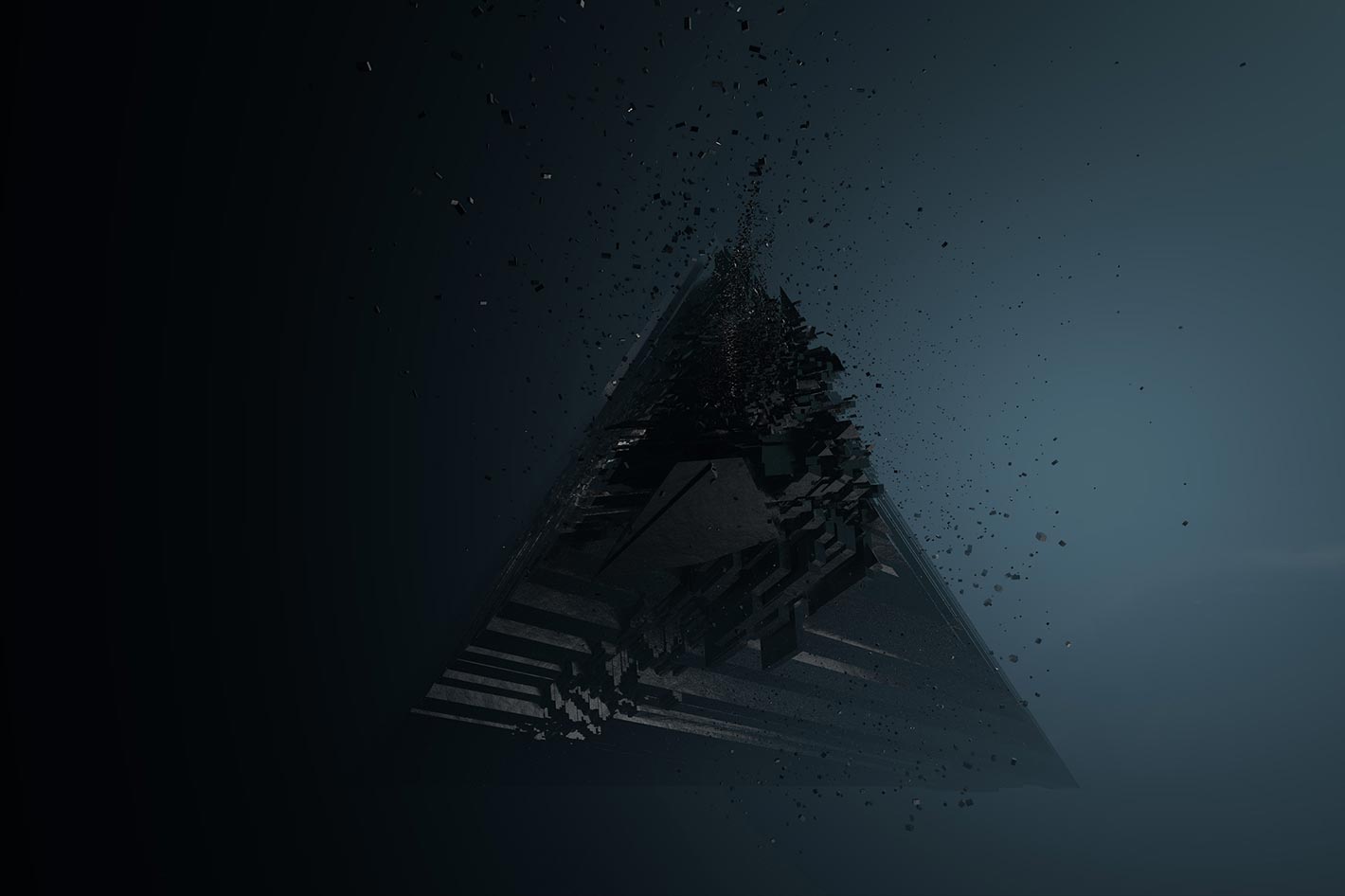 The pandemic and Recoding Entropia

Recoding Entropia, which to a certain extent is the result of the lock down period caused by the pandemic, is an incentive to travel. A sensitive and visual journey, both physical and cerebral. A reflection on the imaginary and human life. Beyond the immersive techniques and the film-making features, everything is done to make the spectator live an incredible journey in which he will be able to introspectively question his intimate relationship to space and time, and his place in the universe, both real and fantasized. 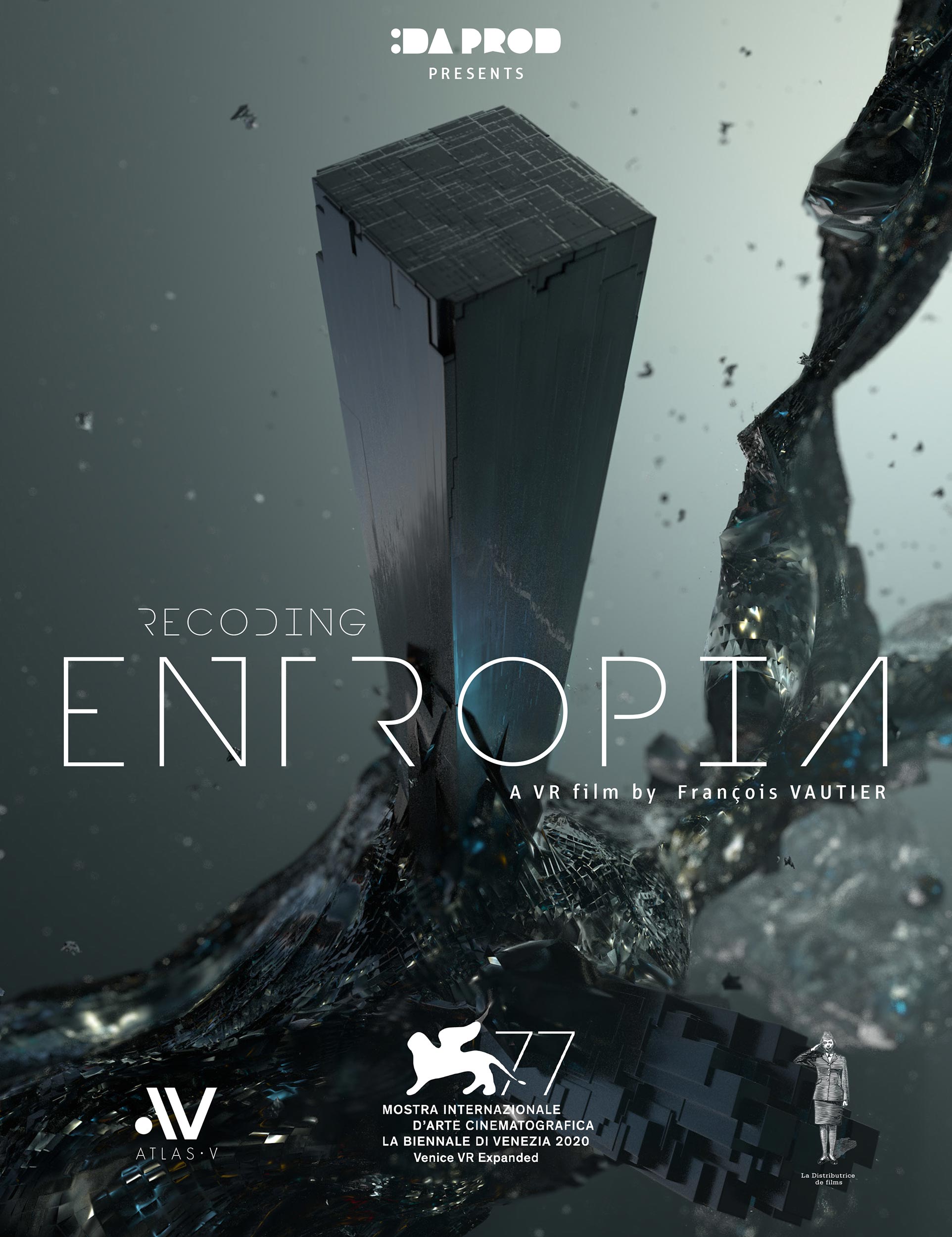 A video published on Vimeo gives those interested a glimpse of the author’s vision. It’s an interesting narrative, but you really MUST watch the VR film to completely grasp the meaning of the words and understand the passion Vautier has for Virtual Reality and how it gives him the tools to share his vision about evolution. The video also shares information about his upcoming work in VR.

Following fine arts studies, François Vautier turns towards audiovisual design and collaborates with several TV channels (Arte, France 2, TF1…) for which he creates various layouts. In 2000, he directs his first feature film, a crime movie called Le petit bleu, then his second one in 2006, Déjà vu, a science fiction movie. At the same time, he directs several commercials and music videos. 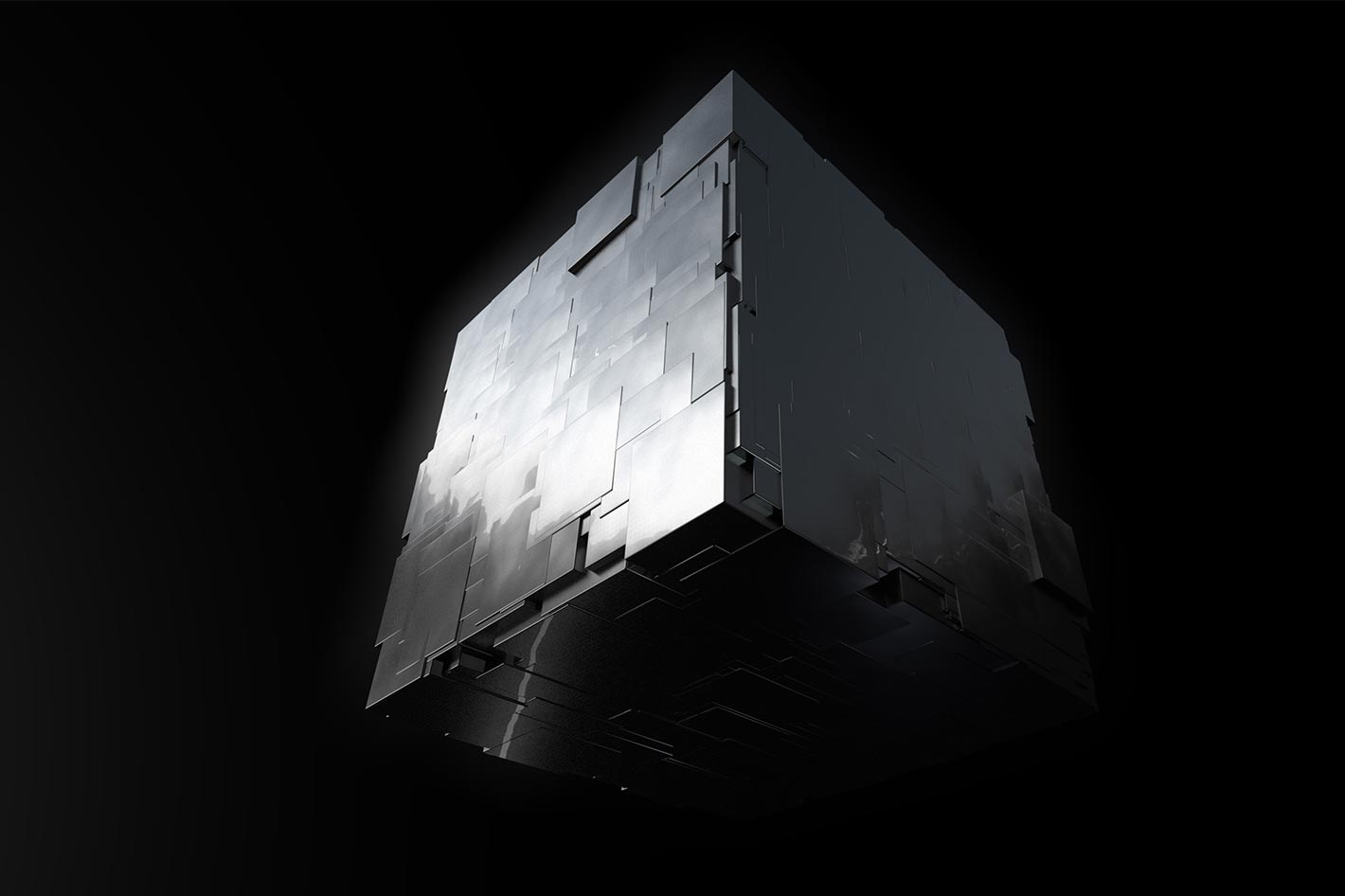 Floating underwater or in space

Always looking for new methods, he directs in 2016 his first VR film I Saw the Future, presented in the 2017 Venice Film Festival. The movie was distributed in more than 50 festivals in the world. He does it again in 2019 with Odyssey 1.4.9. Then in 2020, he directs Recoding Entropia while working at the same time on two other VR projects with Da Prod. 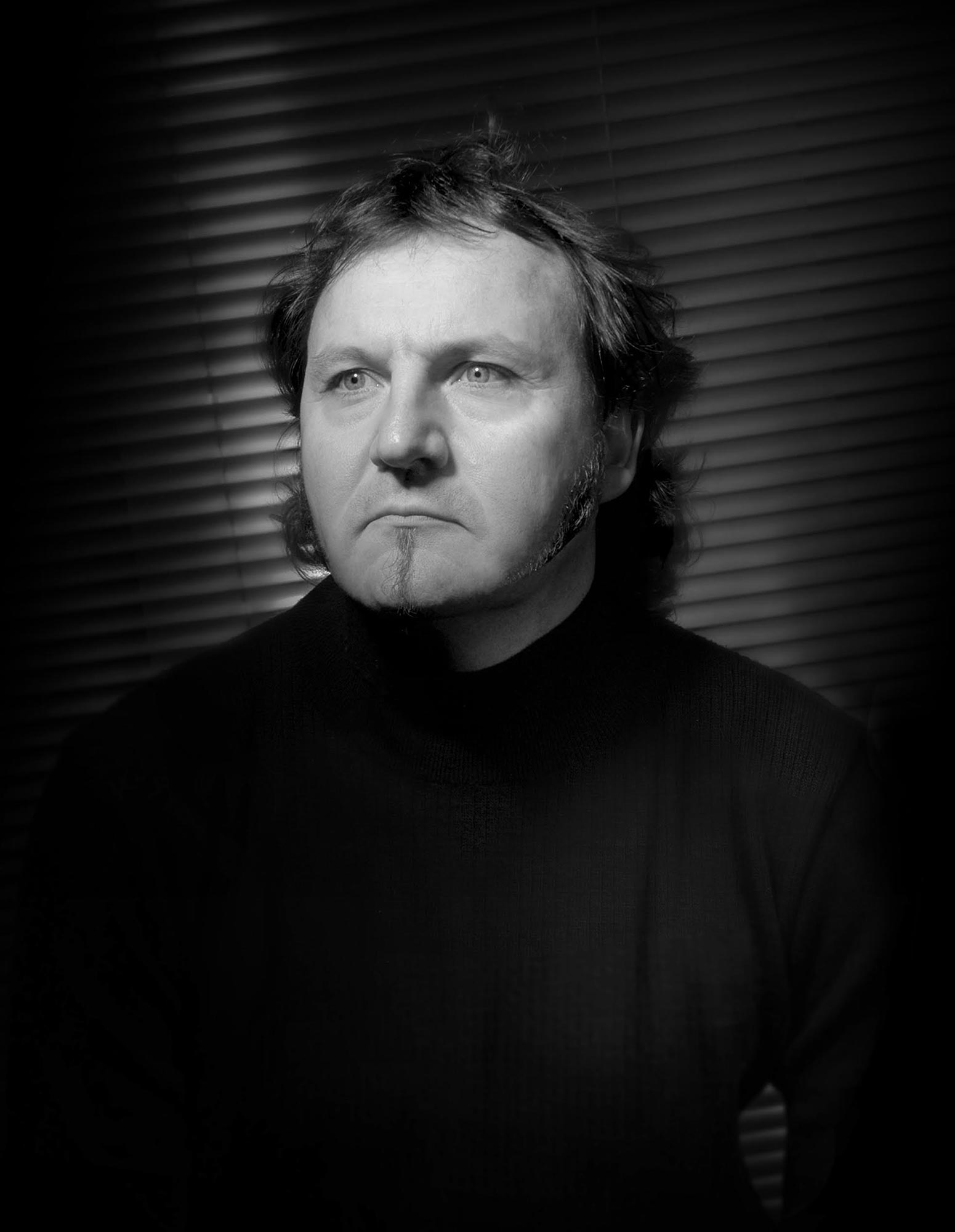 No static images, not even the moving images on a flat screen will give you the kind of experience that you get from the Virtual Reality version of Recoding Entropia. Everything from the images on screen to the background music and  3D sound design work together to really immerse you in the experience. Music and sound set the pace for this immersive voyage that goes beyond the flat screen and surrounds you. Sometimes you’ll feel like you’re floating underwater, others that you are in space, as a multitude of shape-shifting objects move around you.

It’s difficult not to think of the Borg Cube when the first images appear on screen, and a cube shape similar to the gigantic ship from Star Trek does appear in Recoding Entropia, but the film starts with an inscrutable void with limitless horizons and a huge tetrahedron, that will soon break apart, scattering its pieces in the emptiness, delivering a mysterious message as its shape changes, until it finally comes up as another figure. The movie intends to tell “an evolution of form, species, and intelligence” says François Vautier. 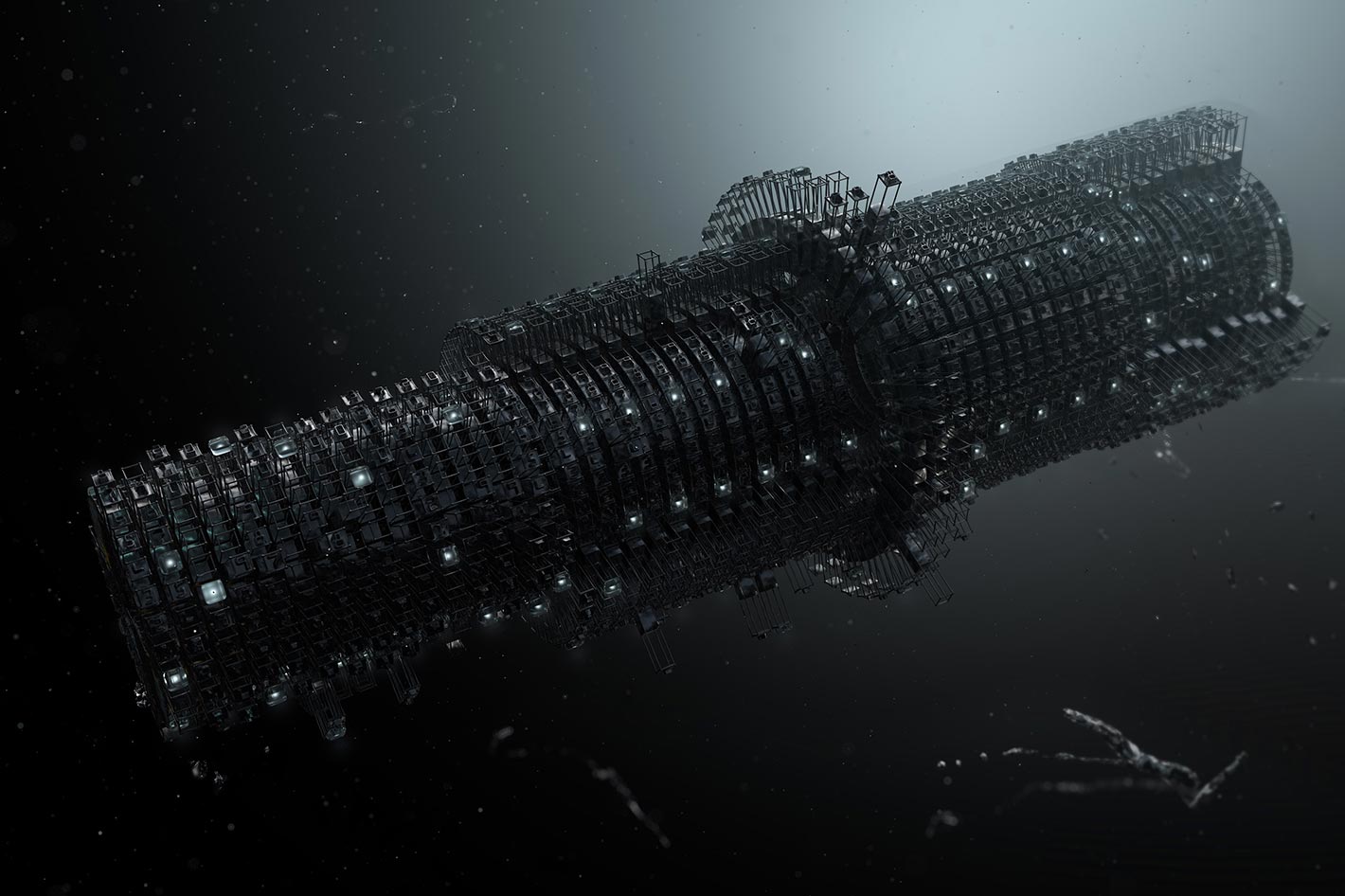 If you’re familiar with science-fiction movies, you’ll feel at home in Recoding Entropia. Extending his cycle of experiments, François Vautier intends this time to offer a complete and rare immersion into an infinite and dizzying environment. Playing with materials, their interactions as well as scale relationships, he takes us to the heart of twilight poetry in a captivating story.

Recoding Entropia is an amazing experience that you’ll want to return to, for the impressive audiovisual voyage it offers. It’s also something that will amaze your friends if they have never tried a Virtual Reality headset, and the kind of experience that makes anyone eager to know more about both François Vautier’s work and Virtual Reality in general.

Watching Recoding Entropia in Virtual Reality now makes me even more excited to see how it will work with the new VR headset from HP arriving in October, the HP Reverb G2, which takes resolution to a whole new level, with its 2160×2160 pixels per eye – for a virtual screen with 4320×2160 pixels. Yes, actual PCs may have some difficulty moving all those pixels, but with the upcoming RTX 30 series from NVIDIA, and the RTX 3080, which seems to be the “sweet spot” in terms of graphic cards, priced at $699, we are about to enter a new era in terms of PCVR. I can hardly wait to watch Recoding Entropia again, when the HP Reverb G2 and NVIDIA RTX 3080 are available.

If you want to watch the film, it is free to watch during the 77th Venice International Film Festival. For general public with a headset the platforms Viveport, Oculus TV or VRChat offer access until September 12th, just subscribe beforehand. Remember, you can watch it on a flat screen, but nothing compares to the way it was imagined: in VR.