Besides a passion for making films, Kubrick and Anderson share an obsession for symmetry, not always for the same purposes. 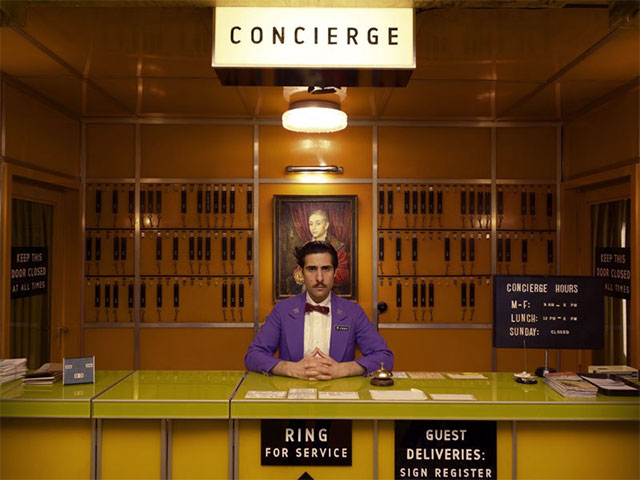 The recent film “The Great Budapest Hotel” is an example of symmetry in the work of Wes Anderson, a signature similar to the one in Stanley Kubrick’s films.

Different authors will call it “one-point perspective”, “symmetrical composition” or “centered vision”, and many times aren’t agreeing on the definition and how it works to translate one idea. Whatever it is, it’s a unique tool in the cinematography of different names in the industry, and used for different purposes in most of their films.

A name usually associated with one-point perspective is Stanley Kubrick, who seemed obsessed with the use of symmetry (let’s call it that too) in his films. Probably due to the fact that many of Kubrick’s films are, one way or another, violent, different authors have associated that search for symmetry with the desire to create a psychological reaction in the audience, like the one felt when viewing the long corridor sequences in “The Shining”. The effect is so intense that even when nothing is happening, viewers tend to expect something to happen.

One-point perspective, though, is a technique used long before its introduction in the cinema. The understanding of the intricacies of perspective was reached only gradually over a period of 400 years, with Raffaello Sanzio (1483-1520), generally known as Raphael, as one of its most accomplished exponents. Leonardo da Vinci’s (1452-1519) “Last Supper” (1498) is one of the most famous and recognizable examples of the Renaissance use of perspective. The horizon line runs near the heads of the figures with the vanishing point leading all the receding lines (and hence the viewer’s eyes) to the figure of Christ. One last note: although the “Last Supper” painting represents a moment before something terrible happens, one-point perspective in painting does not always try to make the viewers feel uneasy. 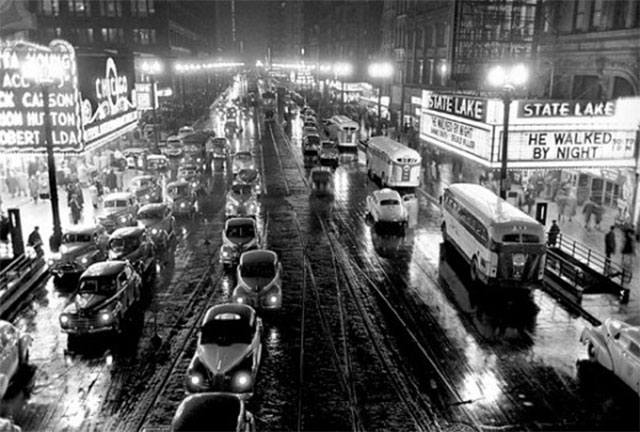 It’s interesting to think of one-point perspective and symmetry as something coming from a photographer. Photographers are, I would say aggressively, told to use the rule of thirds in their compositions instead of a bull’s-eye approach, and here we’ve a photographer repeatedly placing his actors in the center of the frame. Kubrick’s passion for photography started at the age of 13, when his father bought him a Graflex camera.

Hired by Look magazine, in 1946, first as an apprentice and later as a full-time staff photographer, Kubrick soon revealed a keen interest for storytelling photographs. In 1949, Look published a photo essay, “Chicago-City of Extremes”, revealing his talent to create atmospheres. One of the images, of a congested Chicago street at night (above), shows the passion for the one-point perspective that would become a trademark in his moving images.

Stanley Kubrick’s films like “The Shining”, “2001: A Space Odyssey”, “A Clockwork Orange”, “Full Metal Jacket”, “Barry Lyndon”, “Eyes Wide Shut” and “Paths of Glory” are examples of how the use of one-point perspective leads the public into the action, as if the three dimensional effect created made the viewer “enter” the scene, instead of seeing it from afar.

Kubrick’s technique may well be associated with unsettling moments, but it is not be limited to that, as the cinematography of Wes Anderson reveals. The passion of this author for centring a shot is not new, as Anderson has used it over and over in his movies, from “The Fantastic Mr. Fox” to “The Darjeeling Limited”, “Life Aquatic with Steve Zissou”, “The Royal Tenenbaums”, “Moonrise Kingdom” (which offers plans similar to Kubrick’s “Full Metal Jacket”), the recent “The Grand Budapest Hotel” and again in the coming “She’s Funny That Way” (image under). 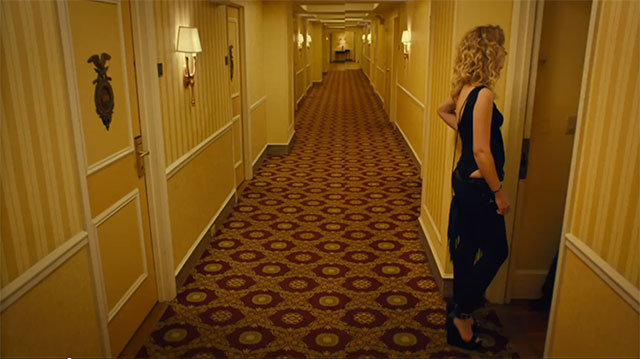 The difference is that in many of these films and sequences, the one-point perspective or symmetry is the basis for a humorous take instead of a horror moment. So, although Anderson is paying homage to Kubrick’s work, he is using the same language in completely different ways – and sometimes the same, to create tension, should be said – to create his own watermark in the films he makes. In fact, as well as Kubrick and many other authors, also Wes Anderson has defined a style within his filmography, a signature that can be followed and understood in the video compilations created by kogonada and published at Vimeo. Through the “Wes Anderson Centered” and “Kubrick One-point Perspective” video compilations it is possible to admire the obssession of both authors for some kind of symmetry that seems to work. As you may have noticed by now, if you’ve watched the videos…

One more video that may be worth looking through is “Kubrick Beyond Perspective” by Juan Antonio Moreno Mateos, a six minute exploration of the symmetry in Kubrick’s work. Although in a different tone and style, the one-point perspective is also a constant element of the films by film director Ranjeet S. Marwa, who praises Stanley Kubrick, Steven Spielberg, Quentin Tarantino and Robert Rodriguez for getting him into filmmaking. 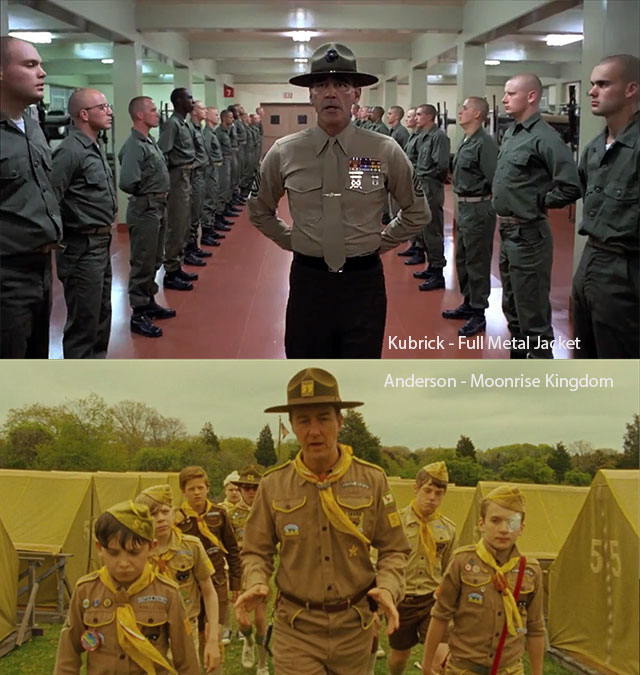 Obviously, one-point perspective and symmetry are not the only tools used by these cinematographers, but their use in “The Great Budapest Hotel” justifies going back to the theme. There is a vast assortment of techniques to explore and understand when looking at films, this is just one of them. But above all technical considerations, and the assumptions and ideas mentionned here, which readers may or may not adhere to, films should be looked for what they really are: fantastic narratives that keep us entertained. That’s what movies are for! 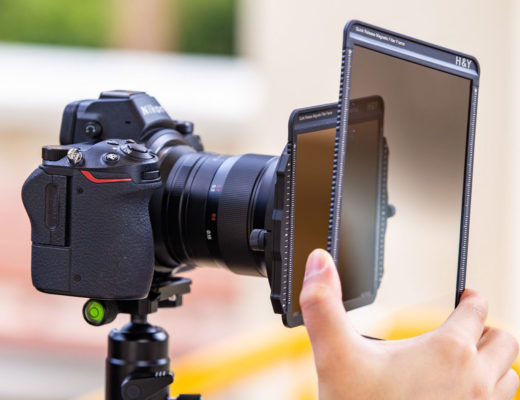 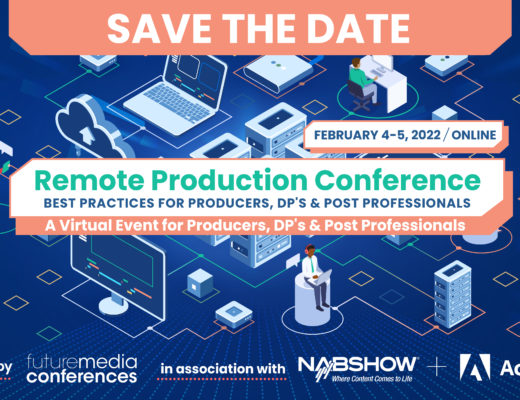 As the pandemic continues many productions are still working remotely in some form or another. For the second year...