Western Digital is speeding up the adoption of NVMe, by introducing a WD Blue SN500 NVMe SSD to its WD Blue SSD portfolio line. The 500GB drive costs only $77.99 and is three times faster. 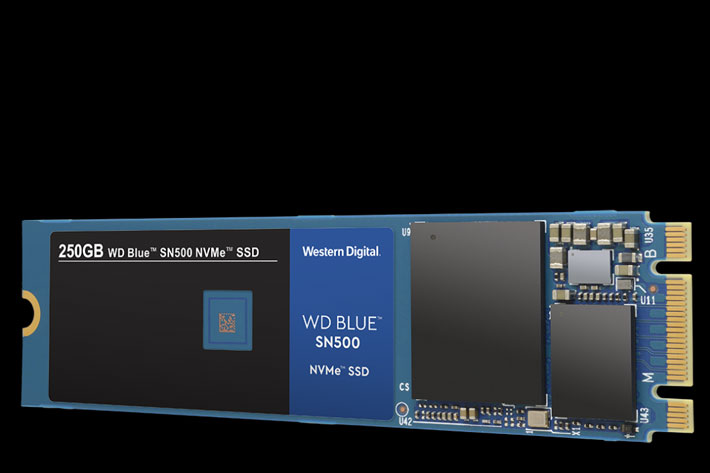 It’s probably not yet true, but the regular SSD which we thought was fast just yesterday is going the same way as the HDD, because of the speed at which NVMe is coming to the market, and the speed NVMe offers to users. Prices are also coming down, so everything seems to be in tune for users to opt for NVMe drives. And the fact is that even if you do not have a motherboard with a connection for NVMe drives, the market offers adapters that will give users a whole new experience in terms of speed.

Western Digital is doing its part to make this transition happen. The company is accelerating the NVMe transition of value-PC storage by adding an NVMe model to its award-winning WD Blue solid state drive (SSD) portfolio, the WD Blue SN500 NVMe SSD. The new SSD delivers three times the performance of its SATA counterpart while maintaining, says WD, “the reliability the WD Blue product line is known for. For content creators and PC enthusiasts, the WD Blue SN500 NVMe SSD is optimized for multitasking and resource-heavy applications, providing near-instant access to files and programs.“ 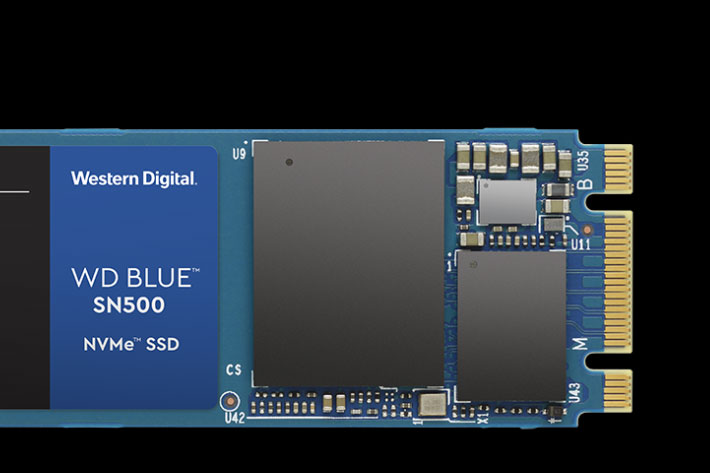 The best NVMe SSD for most people

The new WD Blue SN500 NVMe SSD leverages the scalable in-house SSD architecture of the popular WD Black SN750 NVMe SSD, which the magazine PC World considers to be the “best NVMe SSD for most people”. The new drive is also built on Western Digital’s own 3D NAND technology, firmware and controller, and delivers sequential read and write speeds up to 1,700MB/s and 1,450MB/s respectively (for 500GB model) with efficient power consumption as low as 2.7W. Since demands on storage are continuing to grow and client workloads are evolving, the WD Blue SN500 NVMe SSD features high sustained write performance over SATA as well as other emerging technologies on the market today to give that performance edge.

“The PC industry continues its transition from SATA to the NVMe protocol, along with the expectation from consumers that computers continue to become faster and more responsive,” said Don Jeanette, TrendFocus. “Within the mainstream segment, content creators are consistently doing more, such as editing 4K or 8K video files, creating and streaming content, and managing massive amounts of data internally. The new WD Blue SN500 NVMe SSD will enable larger file loads that require faster storage.” 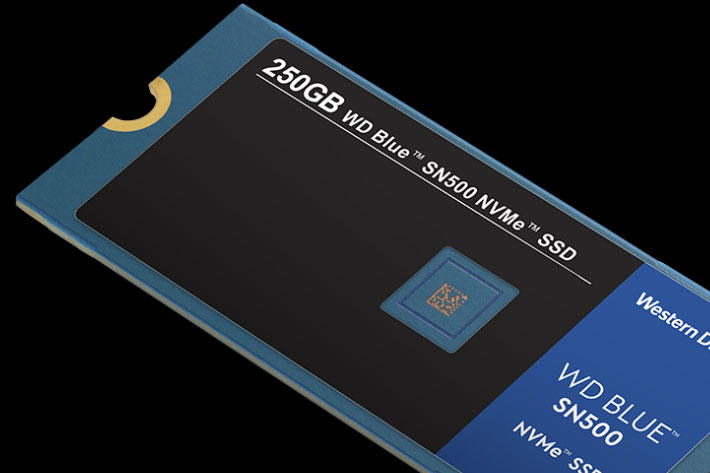 Perfect for notebooks and desktop PCs