Announced at PAX South, the second-generation WD Black SN750 NVMe SSD is designed with gamers in mind, but it will also offer high speeds for 8K videos and other data-intensive content. 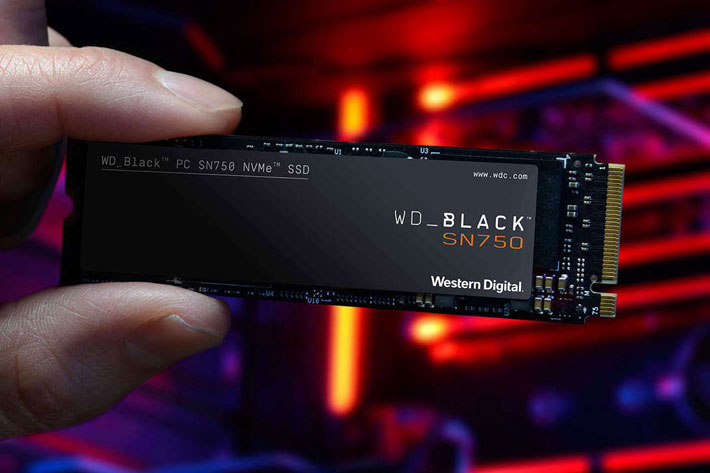 Western Digital introduced its new NVMe SSD, including a version with integrated heatsink, the high-performance WD Black SN750 NVMe SSD with up to 2TB capacity on a single-sided M.2 form factor.

The PC is back in all its glory, as both a high performance entertainment machine and a working station, thanks to advancements in PC and graphics technologies. From gaming to VR, from video editing to photo edition, the PC is fast becoming the reference machine, and solutions like the WD Black SN750 NVMe SSD announced by Western Digital at PAX South make complete sense, as users need both more space and faster drives.

The company showed at PAX South, San Antonio, a version of its NVMe SSD for desktop systems or custom-built gaming rigs, which has an integrated heatsink that helps maintain speed and temperature. This enhanced drive enables gamers and hardware enthusiasts to snag a tangible, next-level competitive boost during intense PC gameplay.

The drive offers a 250GB version without the heatsink which is available as an option in the other capacities. Although designed with gamers in mind, as new games ask for higher performance and space to keep the large files created, the new NVMe represents a step forward in terms of these drives, and as such is also an optional choice for whoever needs to upgrade a PC, not just for gaming. 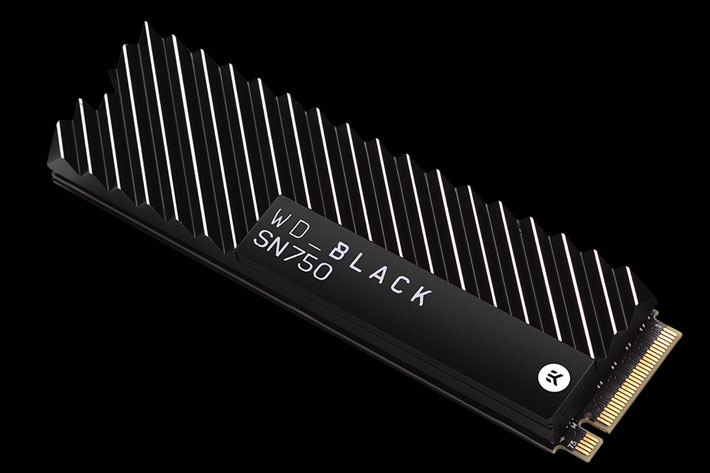 The second-generation NVMe SSD to be built on Western Digital’s own 3D NAND technology, firmware and controller, the WD Black SN750 NVMe SSD, delivers sequential read (up to 3,470 MB/s for 500GB and 1TB model) and write performance (up to 3,000MB/s1 for 1TB model), combined with large capacity, as the drive will be available in 500GB, 1TB but also 2TB. Additionally, the SSD features up to 515,000 random-read and 560,000 random-write IOPs (for 1TB model) for extreme throughput, allowing the SSD to manage multi-threaded applications and data-intensive environments.

The new drive reduces the time required for users to access their programs and files, load games and transfer large games, 4K/8K videos and other data-intensive content. To support very fast read and write data speeds, traditional NVMe SSDs are designed to throttle performance in order to keep the drive’s operating temperature within acceptable parameters. 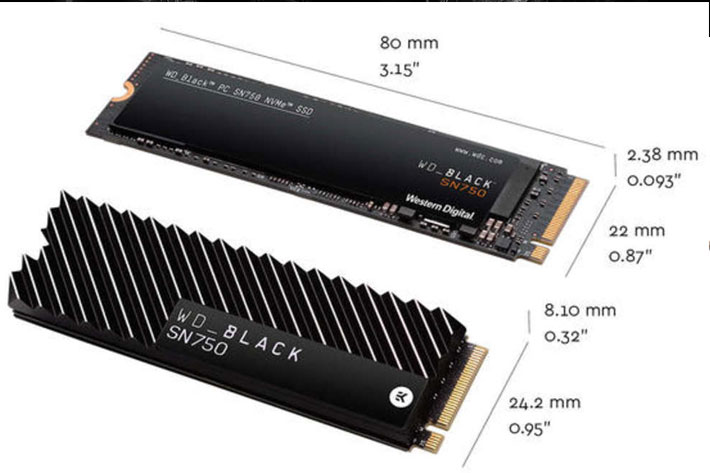 In collaboration with EKWB, a leader in PC cooling technology, the WD Black SN750 NVMe SSD will offer an option for a sleek EKWB-designed heatsink for capacities ranging from 500GB to 2TB, with estimated availability in Spring 2019. The heatsink dissipates heat from the drive during intense operation, allowing the SSD to run for longer periods of sustained read and write performance, compared with non-heatsink versions. Western Digital also has added a Gaming Mode feature to a WD Black-exclusive SSD Dashboard, allowing users the flexibility to disable low power mode and keep the SSD running at peak levels for longer sustained execution when they want non-stop, consistent high performance.

The WD Black SN750 NVMe SSD offers a five-year limited warranty with up to 600TBW endurance for the 1TB model and up to 1200TBW for the upcoming 2TB model. With a single-sided M.2 2280 form factor, the WD Black SN750 NVMe SSD comes in capacities from 250GB up to 2TB and ranges in price in the United States from $79.99 up to $499.99, which is a competitive price when compared to the new Samsung 970 EVO Plus NVMe SSD, which costs $89.99. The 970 EVO Plus is faster, though, despite the fact that both brands are offering speeds close to the limit that the actual PCIe 3.0 connections can handle.