HumanEyes Technologies announces the Vuze XR, a dual camera giving anyone the power to create and share immersive experiences in 360° (2D) or VR180 (3D). 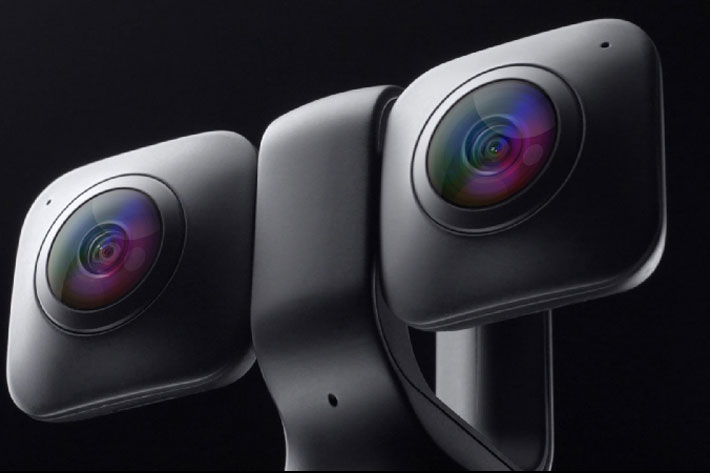 First we had cameras for 360 video, followed by cameras offering VR180. Now we’ve a camera that does both, enabling content creators to spontaneously tell any story, from every angle: the Vuze XR.

The family of Vuze cameras from HumanEyes Technologies includes models for 360 video, both in 2D and 3D, but the company takes a new direction now, with a compeltely different model, the Vuze XR dual camera, which appeals to both consumers and prosumers, with its 360 video in 2D and VR180 in 3D. Now, with the touch of a button, says the company, “the Vuze XR transforms from a 360° camera to a VR180 camera, enabling content creators to spontaneously tell any story, from every angle”.

The shorter angle covered reflects a trend started one year ago, when Google introduced what the company called a new format for video capture: VR180. According to Google, 360VR is overkill for many VR users, because most of them tend to only explore the area right in front of them, meaning 180 degrees VR is enough. The company said, then, that they were developing new VR180 cameras and tools, so consumers could “capture the world as you see it”.

Back in January 2018, I published here at ProVideo Coalition a guide to Google’s VR180 cameras, which included ever model available or known then, and there was none from HumanEyes Technology. Well, it seems as if, for the next guide, I will have at least one model from the company, as the Vuze XR dual camera was announced today. With this new camera HumanEyes Technologies aims to cover both 360° (2D) or stereoscopic VR180 (3D) with a model priced in the $400 price range… when it reaches the market.

Available, we are told, in the fourth quarter of 2018, the Vuze XR camera will transform storytelling by providing the visual dynamics of a full 360° camera, and with a single click, convert to an immersive VR180 format. The unique dual-camera design is portable, simple-to-use and seamlessly combines two advanced capture systems into one pocketable device, giving content creators, social media enthusiasts, world travelers, adventure seekers, families and creators of all types the power and convenience to record or share live to mobile phones, computers and VR headsets alike. 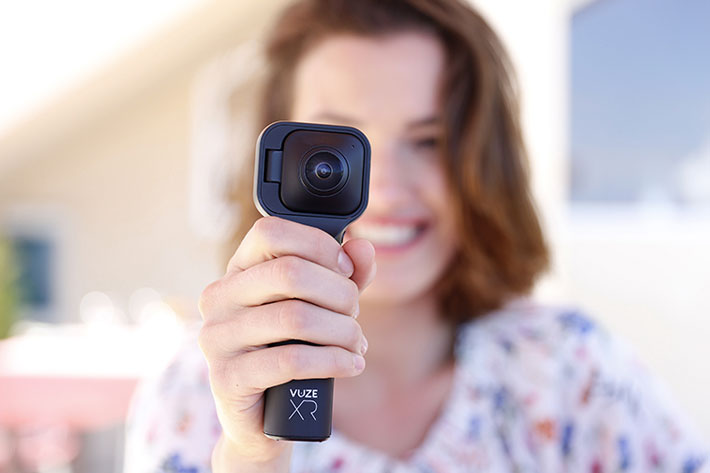 “The Vuze XR Camera is a must have for anyone with a story or special moment to share, from consumers to prosumers. With powerful 360° and VR180 5.7K camera technology built in, along with instant sharing and a live streaming mode, anyone can enjoy the freedom of shooting their story, the way they want,” said Shahar Bin-Nun, CEO of HumanEyes Technologies. “One camera can now live stream in 360° from a concert, take immersive VR180 pictures of the band, and record your friends singing along to edit and share the full experience later. We’re giving users the freedom to spontaneously shoot content from all angles, or only a few, and we can’t wait to see what’s created with it.”

The Vuze XR dual camera is the latest innovation from the company’s VR camera line, which includes the Vuze and Vuze+ VR cameras. The Vuze XR dual camera is designed to capture, create and share both high-resolution photos and full motion video, in either 5.7K 360° or VR180 formats. Additional camera details, specifications and  final price will be available in the coming months, says HumanEyes Technologies.