Introduced June last year, when Google discovered users only viewed half of the 360 virtual worlds they were given, the VR180 standard received its first cameras at CES 2018. One of them is a professional model. 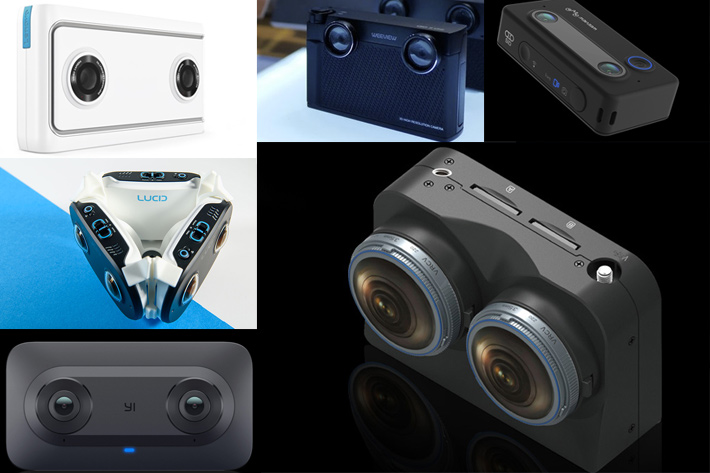 Two new – official – cameras for the consumer, and one professional cinematic VR180 model were on show at CES 2018. Panasonic will also have, apparently, a professional camera for the standard. Is VR180 the new VR?

In a world that has been dominated by the idea of 360VR, without really going anywhere with it, in terms of mass market, is cutting the view in half going to change the relation people have with VR? Google thinks so, and since last June that the company has been working with different partners, to create consumer models using the standard. Lenovo, YI Technology and LG were names mentioned last year, and two of them went to CES 2018 to show their models.

Google has named its partners for the VR180 standard, but there are more cameras available exploring the idea that 180 degrees of vision is the way to go. It may be too early to say if VR180 is the future, but it made sense to create a guide indicating all the cameras available right now, especially because there is also a professional model available, geared for producers who want to embrace VR180. So, here it is: your first guide to this new format and standard. One question remains, though: is VR180 the future of VR? 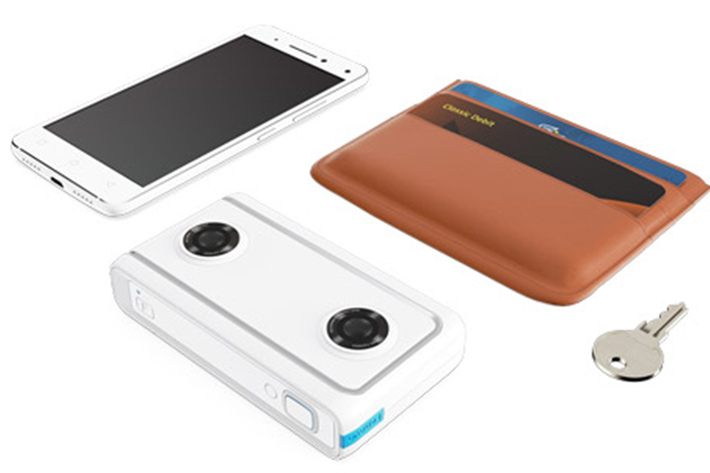 We recently mentioned here at PVC the YI Horizon from YI Technology, but now it is time to look at all the news related to VR180, while trying to understand what the future may bring. While some of the brands associated with the format appear as “certified” by Google, there seem to be others that also try to explore the format without using the “official” VR180 designation.  If they are counted, then there are more VR180 cameras than the official numbers. 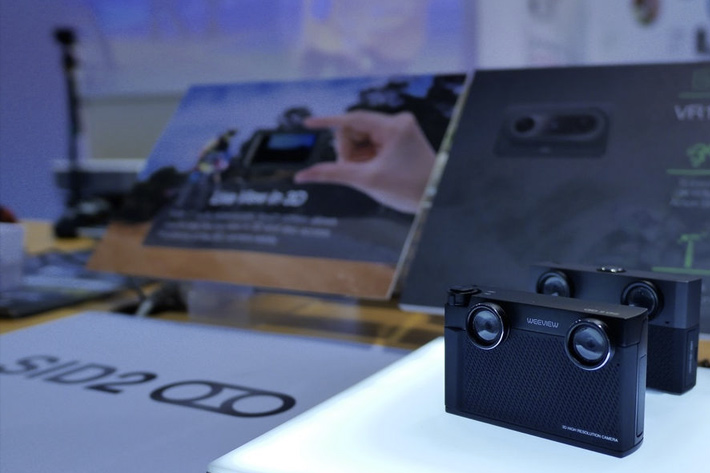 One such example is the SID2 camera from Chinese company Weeview, which the company plans to introduce through a crowdfunding campaign in the middle of 2018, and is presented as the next-generation of 3D VR180. Right now the company has one camera, the SID, offering 3K video (2880 x 1440)  at 30 frames per second, and 32M ( 8064×4032 ) stills. The camera uses two lenses with a FOV 160 / F2.4. The promised SID2, for which there are no specifications available yet, is said to offer “a built-in 3D glasses-free touchscreen”, to provide intuitive operation and easy-to-use design for users. 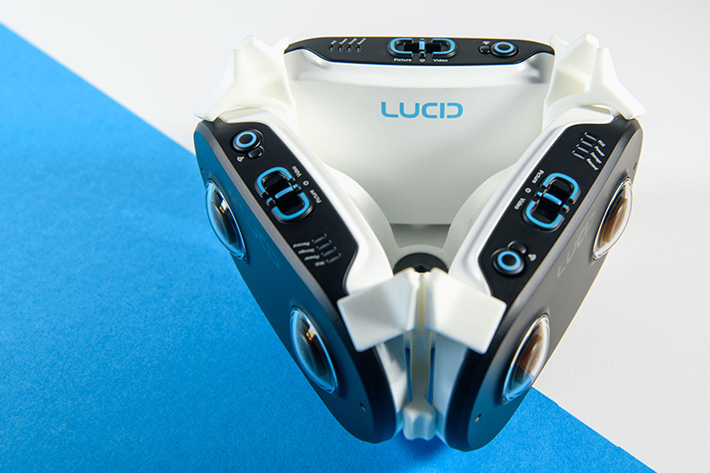 Available since August 2017, the LucidCam, a stereoscopic 3D 180 camera, beat, apparently, everybody  in terms of reaching the market. The camera, offering users 3D, 180° footage in 4K, so you can share the world EXACTLY as you see it, was funded through an Indiegogo campaign, back in December 2015. ProVideo Coalition mentioned the camera last June, when introducing Google’s VR180 standard.

Exceeding the original specifications of the LucidCam crowdfunding campaign, the engineers at Lucid VR enhanced it and developed a robust 4K 3D VR camera with on-the-go VR content processing of pictures and videos, plus live streaming capabilities. With the addition of Lucid’s viewing clip or phone case, users can create and view their own 3D VR anywhere with a click of a button. One interesting aspect of the system is that combining three LucidCams it is possible to create 360VR, in case you want to. 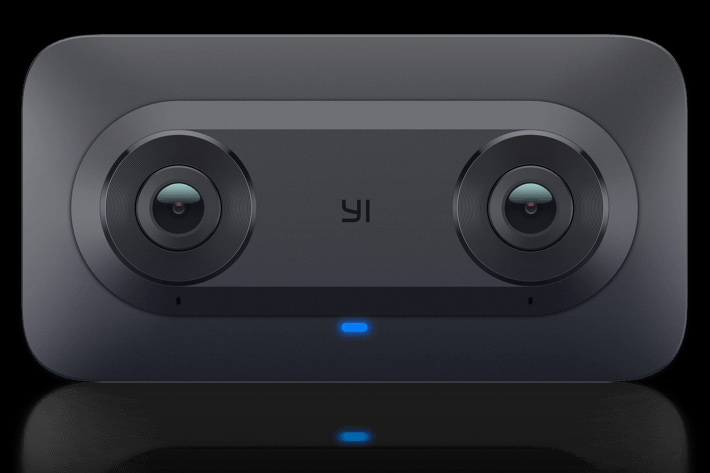 One of the cameras announced in June 2017, and finally on show at CES 2018, the YI Horizon VR180 captures 3D video in 5.7K resolution at 30 frames per second (fps). The camera also features instant in-device stitching and supports live streaming so creators and fans can be together in real time. According to the information now available, the camera seamlessly integrates with YouTube and Google Photos so viewers can easily activate a VR experience when viewed with Google Cardboard, Daydream, PSVR, and a number of other certified VR viewers. Viewers can also easily view the content in 2D.

With an integrated 2.2-inch retina touch screen which supports flip design, the camera features a four-microphone design for audio. The Yi Horizon will be available this Spring. No price announced yet. 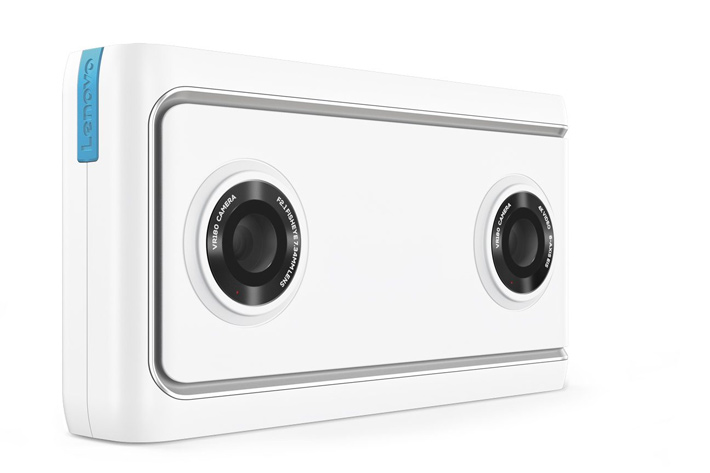 Lenovo took to CES 2018 the first of the company’s cameras built for YouTube’s new VR180 standard, the Lenovo Mirage Camera. Presented as your ticket to “capture and relive memories as if you could warp back through space and time” – an evident suggestion of how marketing promises us things that we will never really experience – the camera offers, there is no doubt about that, 3D video and images in ultrawide vistas.

Technically the Lenovo Mirage Camera is not much different, in terms of what it does, from other models revealed at CES. A compact point-and-shoot camera, the Lenovo Mirage Camera, slips right into your pocket and supports YouTube’s new VR180 video format. Its dual 13MP fisheye cameras achieve depth in image and video by capturing the same images at slightly different angles to form a 3D effect, in which near objects look near, while far objects appear far. The two lenses also offer a 180 x 180-degree field of view to let you see more.

Lenovo says that with the new camera you just point and shoot, adding that the company “designed the Lenovo Mirage Camera for simplicity with just three buttons—power, shutter and function. Toggle between three modes: photo, video and live broadcasting. “ Pairing the camera with a smartphone to use as a viewfinder is possible – and convenient, I believe –  using Wi-Fi Direct and the VR180 app by Google.

The Lenovo Mirage Camera will, according to the company, democratize VR “by proving you don’t need expensive equipment or computers to make VR”, but the final price of the equipment is not yet known, although suggested it will be under $300. 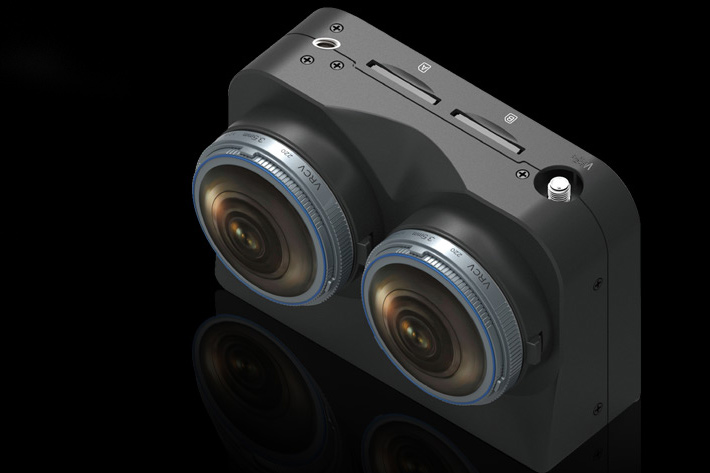 The first cinematic VR180 camera format certified by Google comes from Z CAM and already has both a name and price: it’s the Z CAM K1 Pro and will cost you $2,995. This is not a consumer camera, but a tool for professionals interested in shooting VR180.

A certified camera partner to Google’s VR 180 standard, Z CAM is known for its systems for professionals, and this new camera follows the same logic. Able to cover a ISO range between 100 and 3200 ISO in Auto or Manual, featuring Z-Log, a proprietary gamma setting for professionals that require more room for color grading, and things like a jack for external microphone or a DC 12V 3A, with LEMO connector supporting hot swap, the Z CAM K1 Pro hopes to be the camera for producers who embrace the VR180 format. 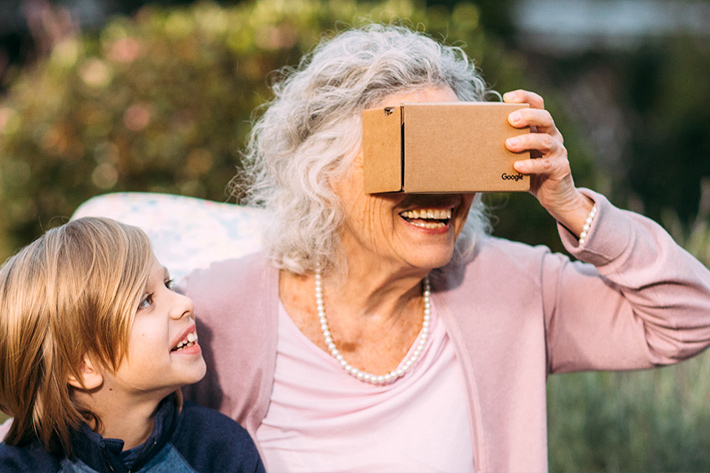 Although the number of cameras available at the moment is limited, there is no doubt that Google has moved the standard a long way since its introduction, June 2017. We are still waiting for the VR180 camera from LG, and according to information provided by Google, Panasonic is also looking at the standard as an option. Will we see a Lumix VR180? It will be interesting to follow the developments and see if VR180 fares better than some of the next-generation technologies that attracted everyone’s attention in recent years but have, seemingly, not gone far.

VR180 does seem to have some advantages, including the fact that VR180 cameras capture photos and video in 3D, but can be viewed and shared in either 2D or 3D. A VR headset, including even a Google Cardboard headset, is all that’s required to experience in VR.