A Virtual Reality film based on the painting The Isle of the Dead from Arnold Böcklin is, yet, another example of a type of immersion that can not be experienced in any other way. 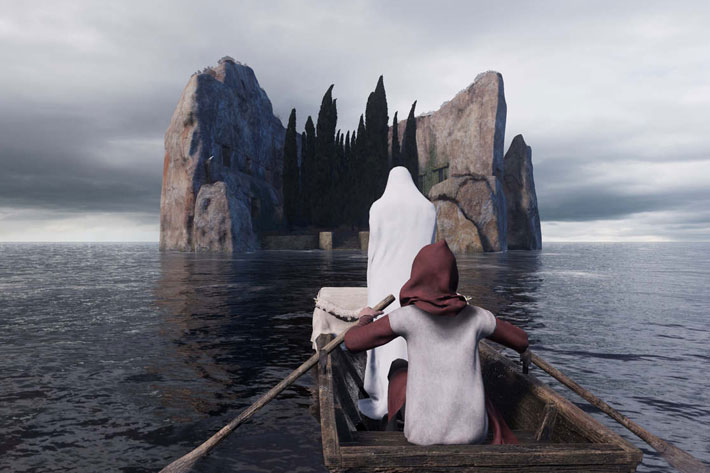 Winner of a VR Award at the Venice International Film Festival in 2018, and soon available on Steam, The Isle of the Dead, from French author Benjamin Nuel, is another step in the right direction for VR.

Written by Benjamin Nuel and Clémence Madeleine-Perdrillat, produced by Oriane Hurard, a coproduction of the French cinematography company Les Produits Frais, and ARTE France, this new VR short film included in the ARTE 360 VR collection is a good example of the potential Virtual Reality has to tell stories in a completely new way.  The 8 minute experience will be available on Steam, for free, on May 29th, and all you need to admire this “animated version” of the famous  painting is a HTC Vive VR headset.

The Isle of the Dead was painted by Swiss artist Arnold Böcklin, who produced six different versions of the mysterious painting between 1880 and 1886. It combines the pictorial influences of Symbolism and Romanticism, and for the first time in the history of art, depicts death as an island. The painting Isle of the Dead captivated Lenin, Hitler and Freud, and inspired Marguerite Yourcenar, Dali, Scorsese and H. R. Giger, while fascinating an audience of millions around the world, with thousands of reproductions sold in different formats and often found in the bourgeois interiors of the early XXth century.  Freud had a reproduction of the painting in his office, as did Lenin. Hitler bought the third original version to display at the new Reich Chancellery in 1940. Different scholars have tried to explain the spell the picture casts on its viewers, and this film in VR is not the first documentary about the subject. 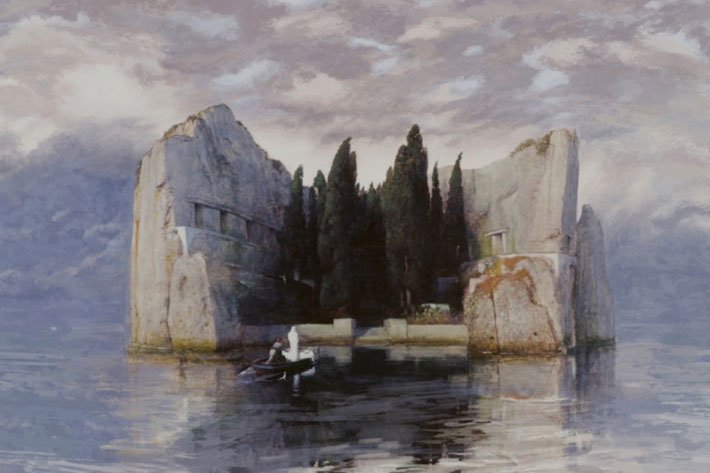 VR offers the most immersive voyage

There is also a 360 degree exploration of the theme, part of a series dedicated to the discovery of Swiss painters, produced by RTS (Radio Television Suisse) and created by DNA Studios, with the voice of Yann Marguet. The 5-minute documentary, from 2017,  “Hors-Cadre : Isle Of The Dead” represents a new way to approach this famous work that has inspired many filmmakers, artists and cartoonists throughout the years.

The Virtual Reality universe present in Benjamin Nuel’s approach, though, is the one that most effectively takes viewers to the gates of the underworld. Put your VR headset on and you’re about to enter a journey like no other. Are you ready for your ultimate journey? In Greek mythology, Charon – or Karon –  ferries the deceased across the river Styx to the world of the dead. That’s what this short animated VR film invites you to do. 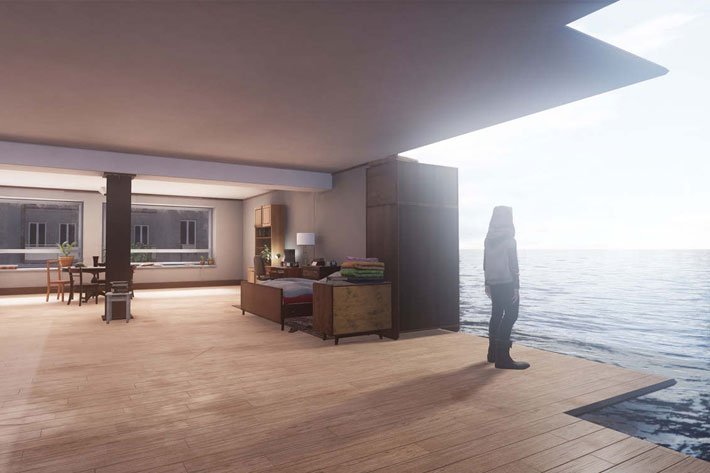 The journey begins in your cosy, modern-day flat. All of a sudden, everything around you starts to crumble: the partitions crack and the walls collapse, engulfed in the dark water of the end of days. Charon is waiting for you. It’s at this moment that you understand how VR opens the path to new experiences that you could not have on a screen or even on a 3D theater. Because the universe created is all around you, as if you’re taking the barge to The Isle of the Dead.  Like in other examples mentioned here at Provideo Coalition before, “you are virtually there”.

Sergei Rachmaninoff composed a symphonic poem, Isle of the Dead, Op. 29 (1909), inspired by a black-and-white print of the painting. Rachmaninov’s powerful symphony envelops you, in the VR short film, as you settle in the ferryman’s boat for a mesmerising crossing to the place you won’t come back from. 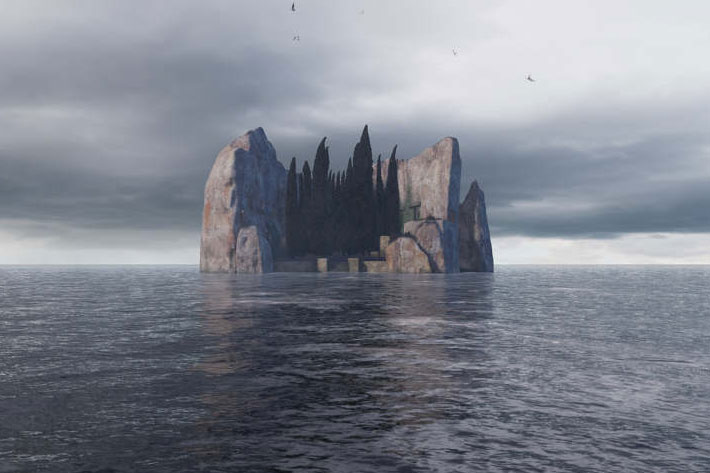 Keeping the mystery of The Isle of the Dead

The voyage ends near the stairs that lead to the island. Benjamin Nuel said, in one article published by French newspaper Libération “I did not want to enter the painting and I did not feel authorized to show an angle that the author had not imagined”.  In doing so he maintains the mystery of the painting, while offering the public a new, refreshing perspective of Arnold Böcklin’s masterwork.

Born in 1981 in Saint Etienne, Benjamin Nuel navigates since his beginnings between traditional cinema and the art of video games. His project HOTEL, video game become web-series and feature film, has been broadcast on Arte (web and antenna) and in fifty or so various events in several countries. Since then, he has made another video game The Reversal, always with Arte Web. He continues with several short fiction, traditional or in virtual reality, broadcasted in festivals, and co-produced by Orange VR experience, Arte 360, Canal + and France 2. 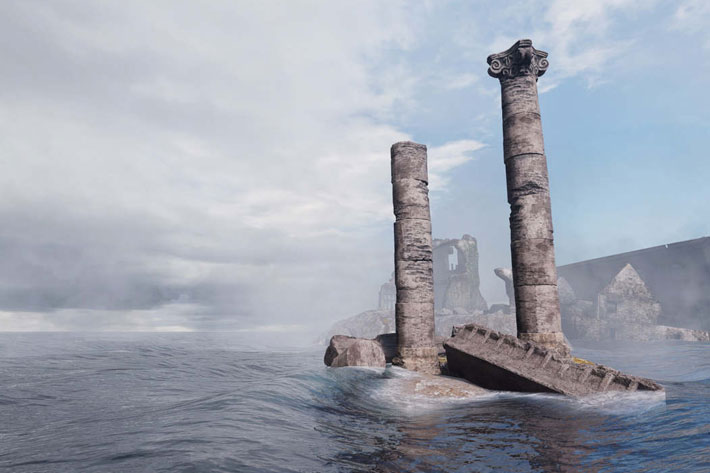 The astonishing 8-minute experience that has already won international awards including Best VR Story at the 2018 Venice Film Festival, will be available on Steam this month of May, for HTC Vive headsets. The film is also available for Samsung GEAR and Oculus RIFT. It is one of three short films in VR coming this month from ARTE France, all centered on painters. One explores Pieter Bruegel the Elder’s intriguing painting Children’s Games, while the second is titled Claude Monet – The Water Lily obsession. Two more reasons to look at VR production applied to a new generation of documentaries.